Back to the main page for the Tokyo Toilet Project

For thousands of years, the Japanese built shrines in the heart of the woods to amplify the sense of awe before the power of nature and divinity, the two almost identical supreme existences that were far beyond people’s control. Even in today’s hyper-modern environment, many Japanese shrines still preserve thick woods around them, passing on the traditions of the ancient ancestors. As part of the Tokyo Toilet Project, architect Toyo Ito designed a public bathroom at the entrance of the woods that surround the Yoyogi Hachiman shrine in Shibuya Ward, a busy central Tokyo district.

In order to preserve the sober atmosphere of the shrine area, Ito created three “mushrooms” – one unit for women, one for all genders and the other for men (from left to right). They stand rather serenely against the dark woods. 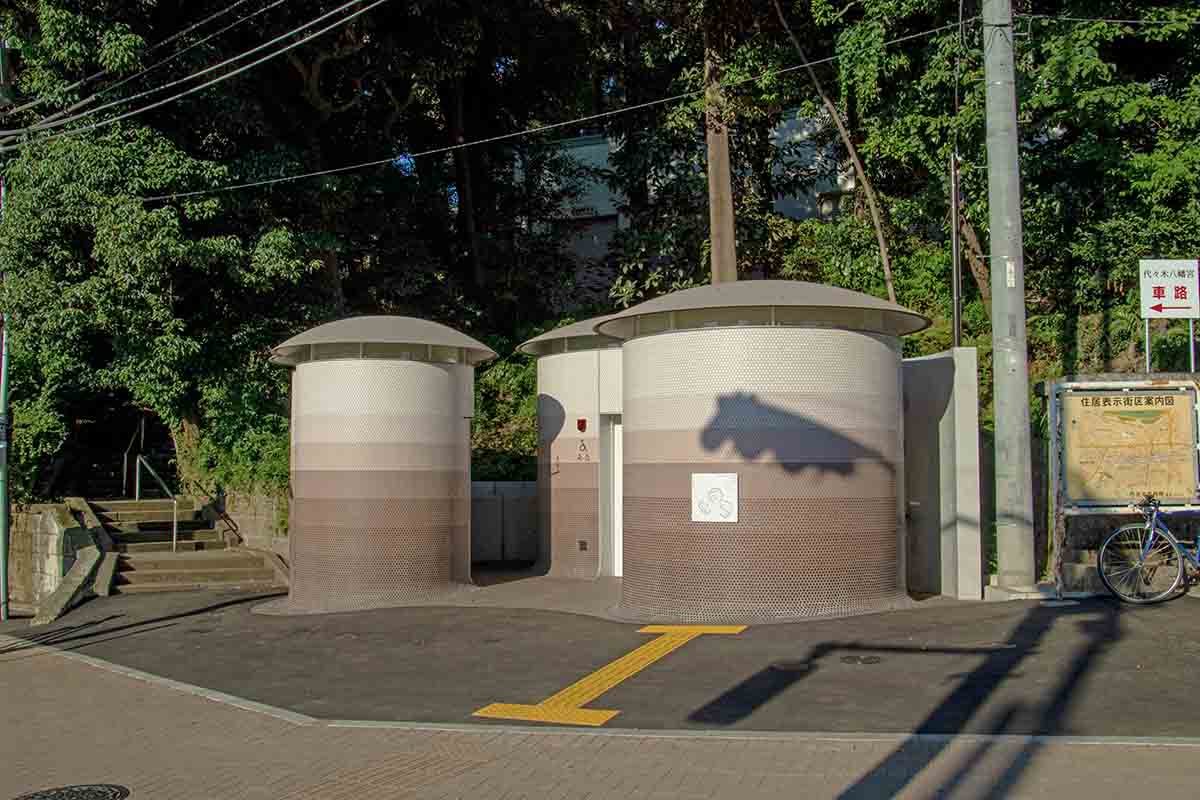 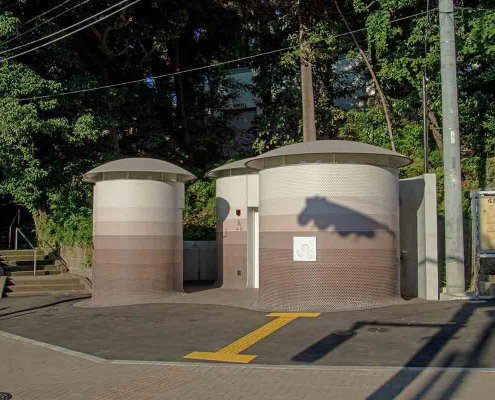 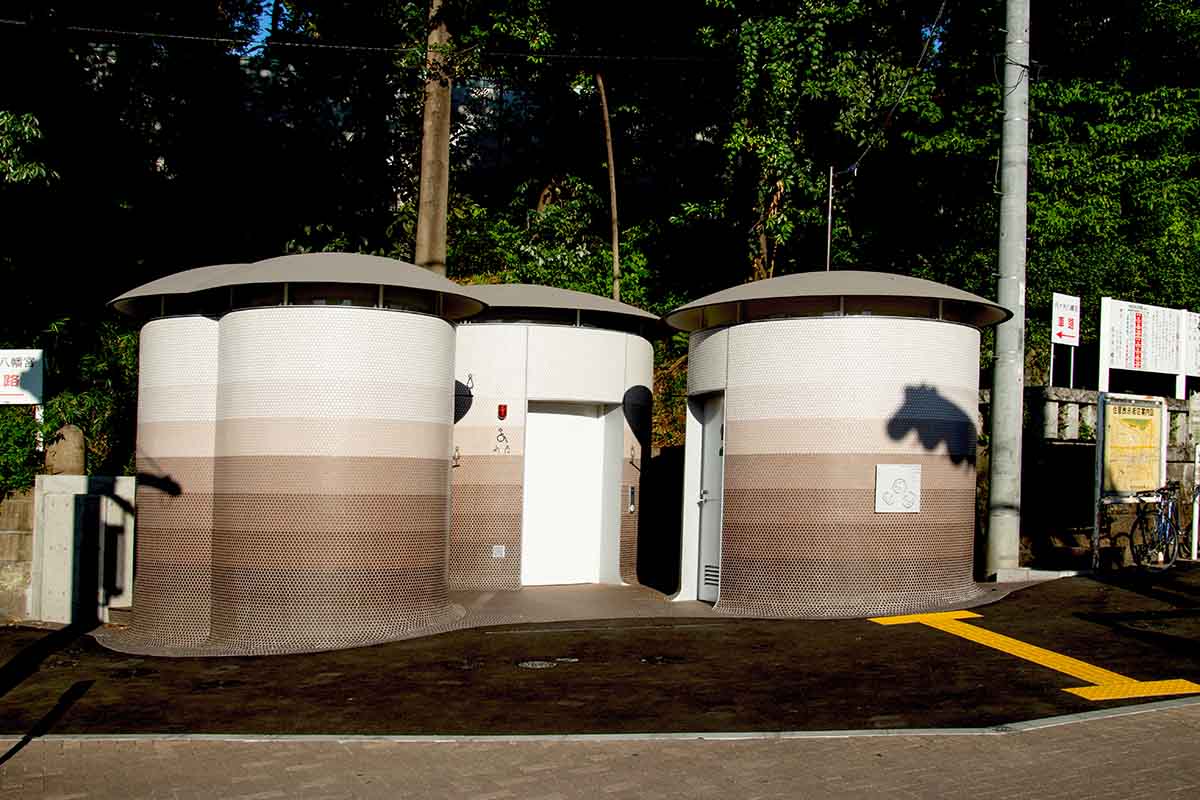 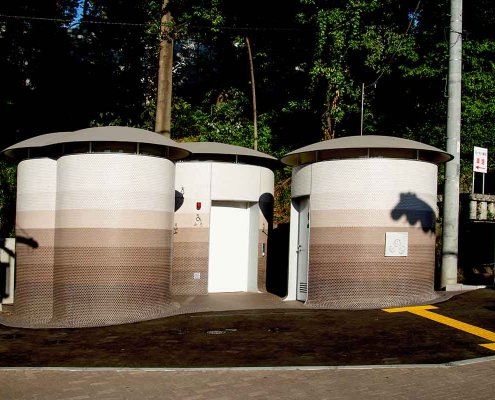 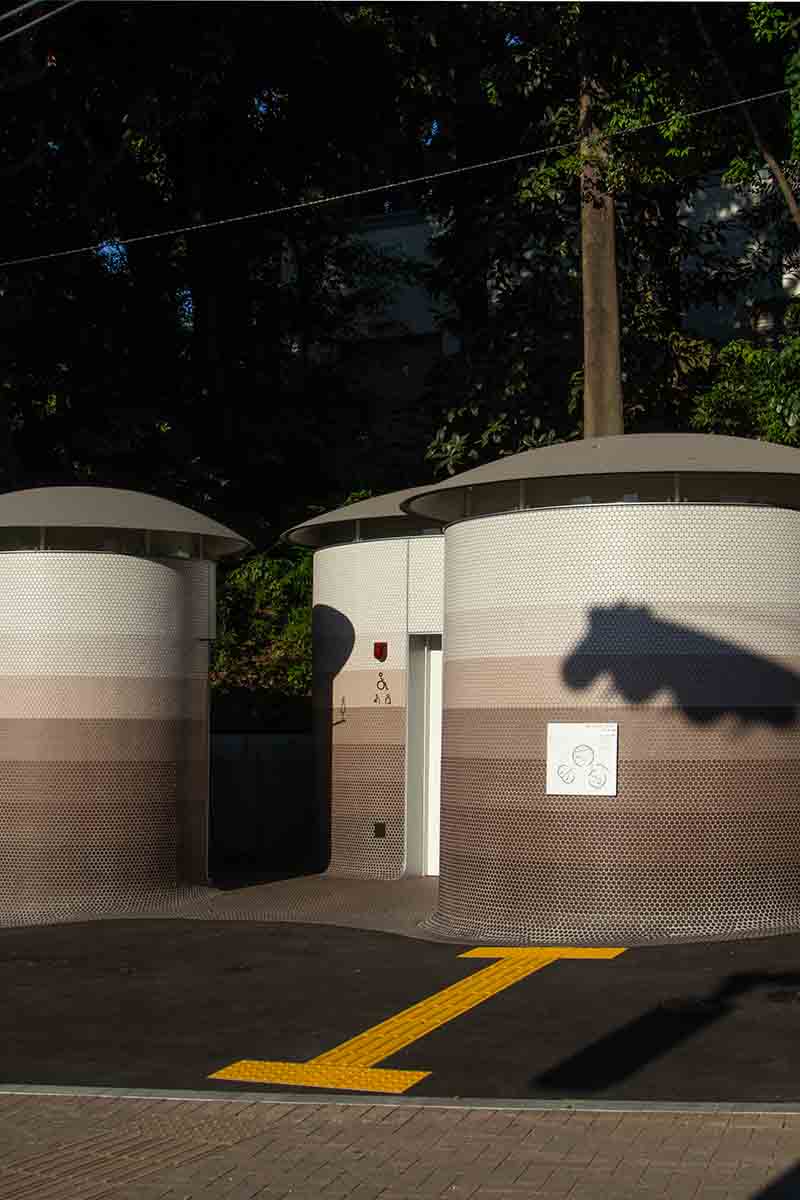 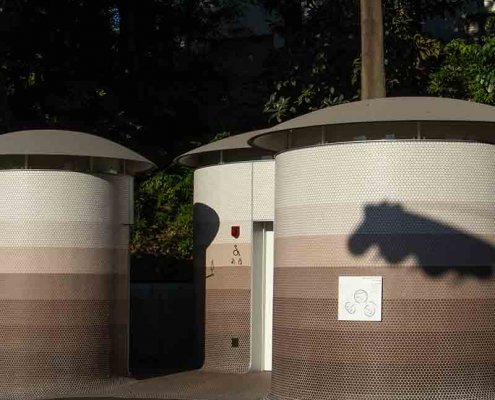 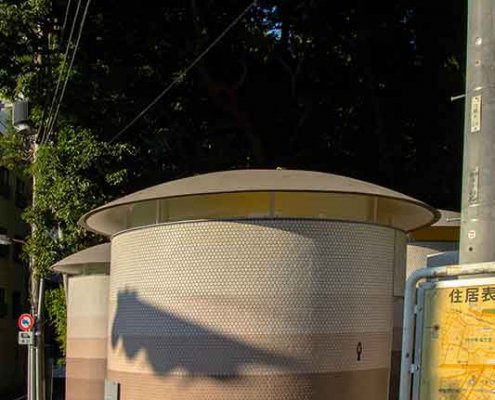 The three mushrooms are separated by narrow hallways so that there are no blind spots that might encourages anti-social behavior. Each unit is large enough to accommodate multiple functions (which is not common in Japan). 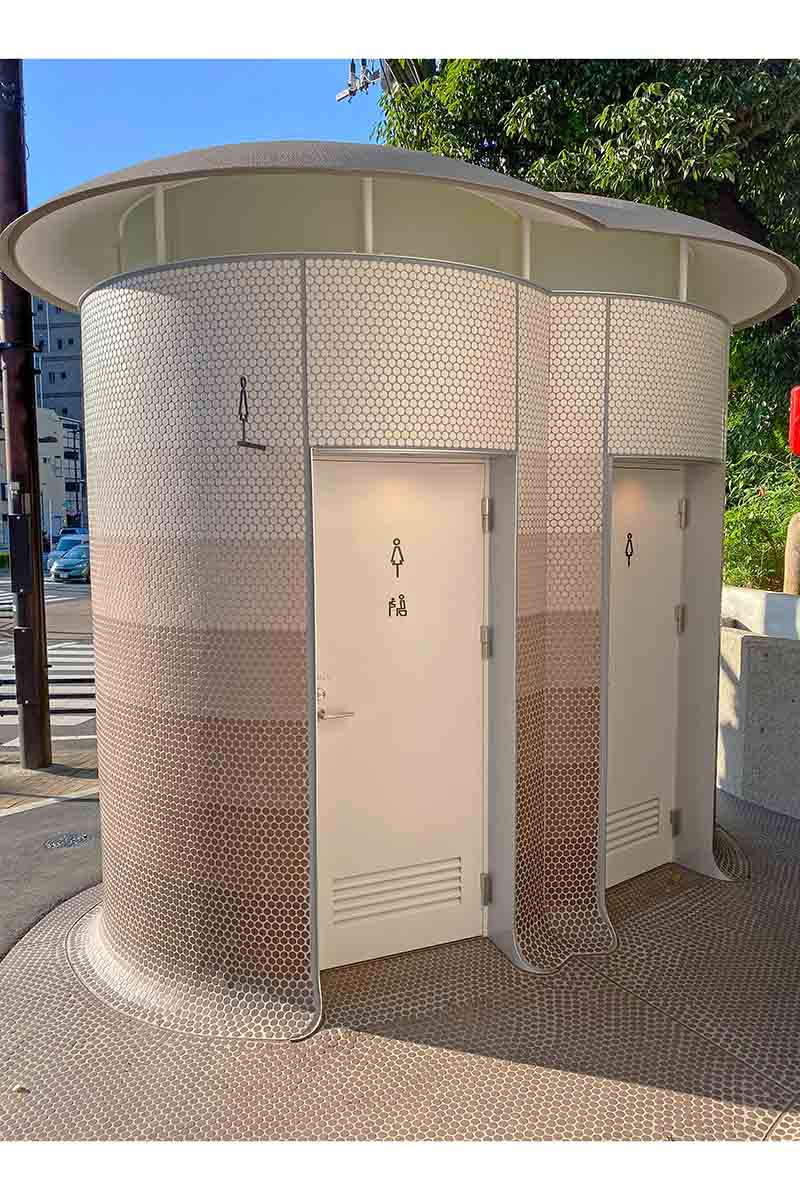 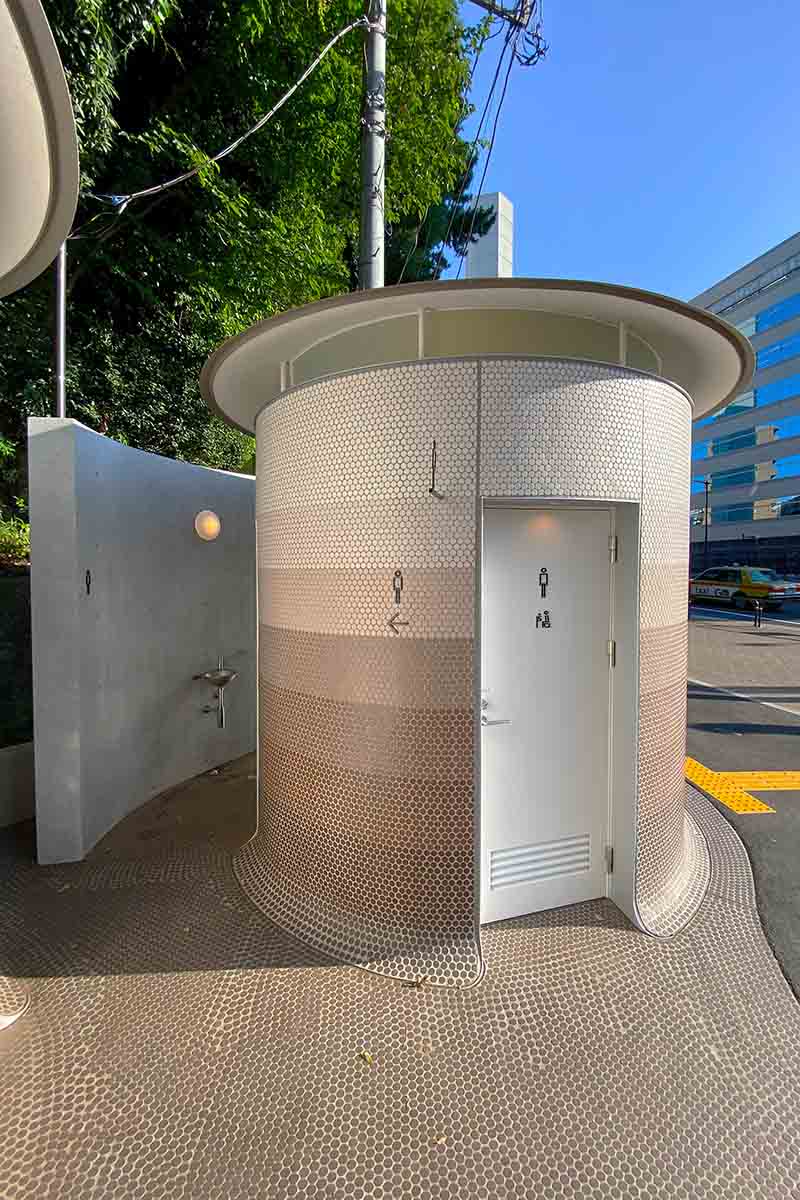 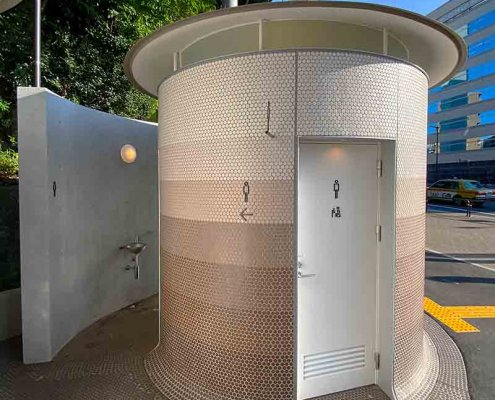 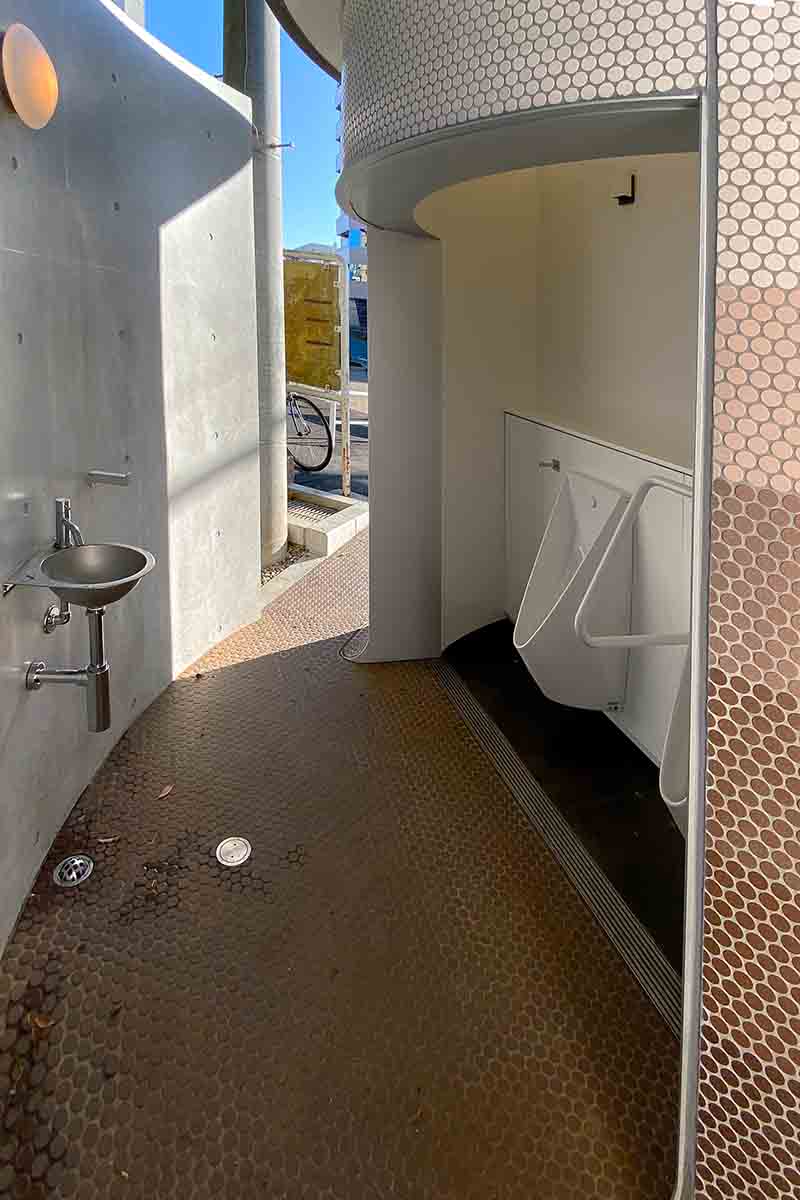 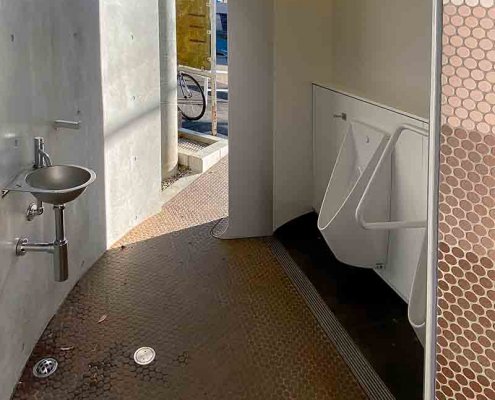 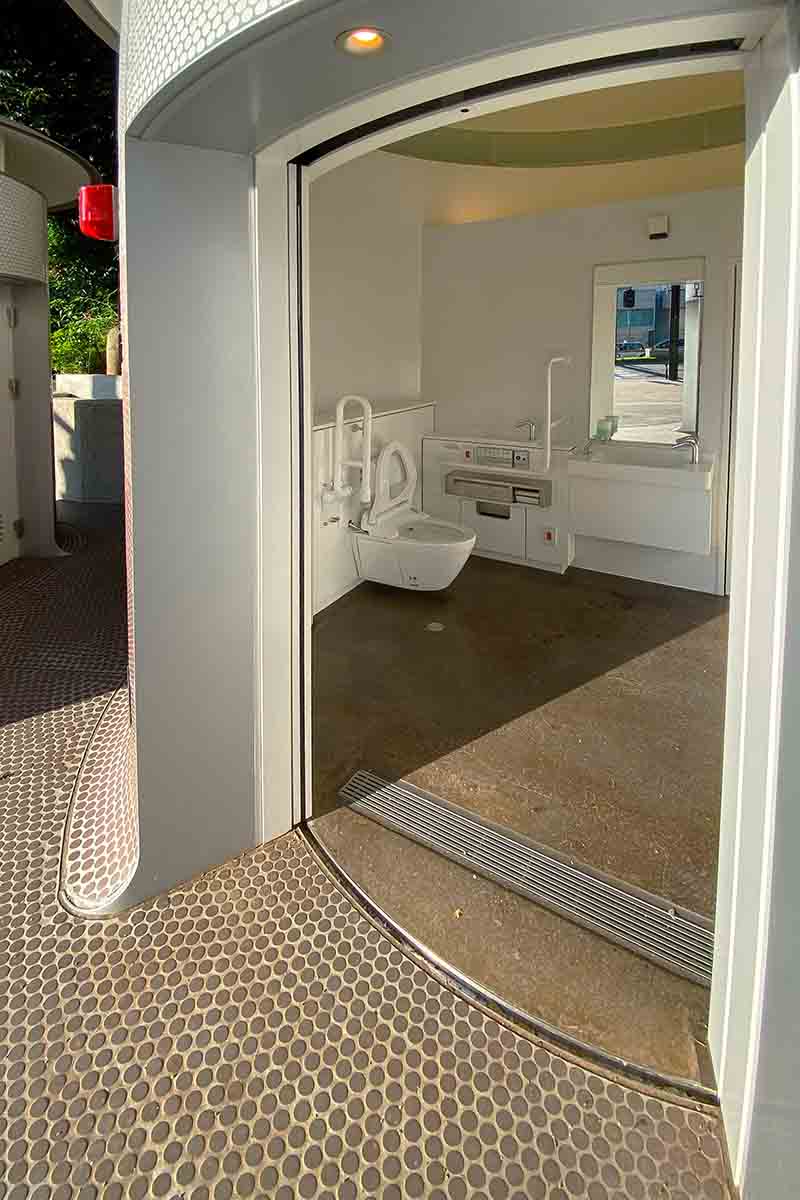 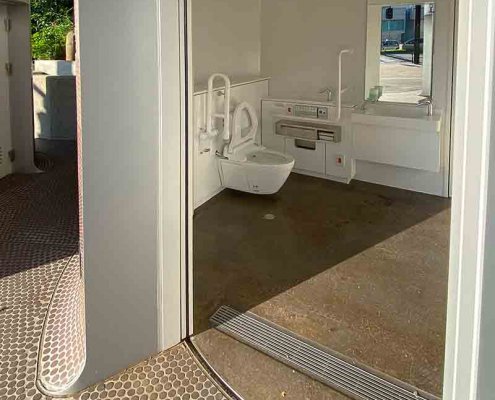