“Wow, is that really what ancient people could do? How could this have been possible?”

This is our typical reaction when we see great architecture our ancestors have left us.  We somehow automatically assume that modern people are more capable than people who lived hundreds or thousands of years ago.

But is that really true? Were ancient people less advanced, less knowledgeable and capable?

Golden Hall and Five-storied Pagoda of Hōryū-ji are Japan’s National Treasures. Hōryū-ji is a Buddhist temple in Ikaruga, Nara prefecture, Japan. It was registered as part of the UNESCO World Heritage Site “Buddhist Monuments in the Hōryū-ji Area”.
By 663highland (663highland) [GFDL (http://www.gnu.org/copyleft/fdl.html), CC-BY-SA-3.0 (http://creativecommons.org/licenses/by-sa/3.0/) or CC BY 2.5 (http://creativecommons.org/licenses/by/2.5)], via Wikimedia Commons 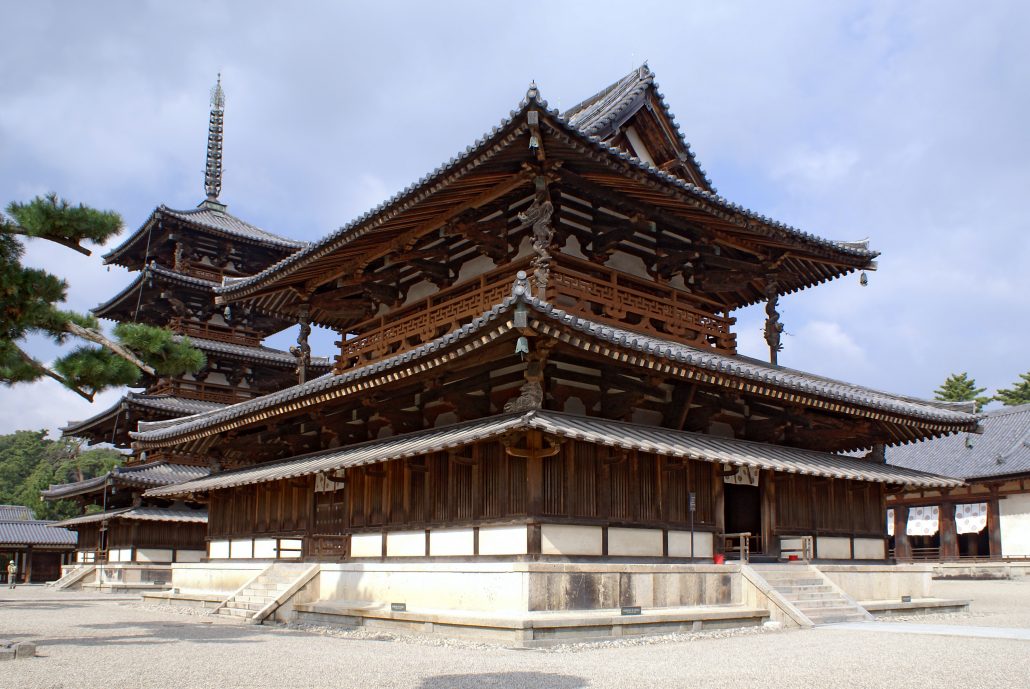 Take a look at this. This is Horyuji, an ancient Japanese temple, built in 607 AD. It is the world’s oldest surviving wooden structure. Horyuji was constructed from Japanese cypress that were roughly 2,000 years old. It has been 1,300 years since the cypress were cut down, and the wood still stands firm. “And they will be fine for the next 700 years,” said late-great chief Miya-daiku, Tsunekazu Nishioka.  Miya-daiku is a specially trained carpenter who builds/maintains ancient temples and shrines.  Their technical skills are usually passed down from father to son, through many years of hard, and skill developing, on-the-job training. According to Nishioka, “2000 year-old Japanese cypress is so robust yet resilient that it can maintain its great quality for another 2000 years, even after it’s cut down,” and that “people who initially build Horyuji in the 7th century knew about it. They knew that the building would last for another thousands of years, so they built it accordingly.”

It is mind-boggling. Even today, people are not that ambitious to try to build something that could last for a thousand years. (Well, today, we’d rather want to make things that will eventually fall apart, to create another business opportunity.) But ancient people had such a strong, and even desperate yearning for something that would last almost eternally, that could somehow defy their own fragility.  That strong will made something seemingly impossible, possible.  In addition to Horyuji, there are a number of great architectural structures in the world today, still standing strong thousands of years after initial construction.

But of course, the will or ambition itself cannot build something as extraordinary as Horyuji. It had to be accompanied by solid skills.  In the case of Horyuji, one of the extraordinary skills the initial builders had was the capacity to “read” the wood, Nishioka says. Wood is considerably uneven and an unpredictable material for building. It’s organic. In addition to the fact that it comes in various lengths, diameter and age, it also expands or shrinks, depending on the  moisture content (which changes even after it’s in use).  It bends toward a certain direction, depending on the angle at which the tree grew, relative to the Sun. Some grow faster and some grow more slowly, affecting the sturdiness. The location where the lumber was to be used determined how susceptible it was to moisture and the potential to rot. 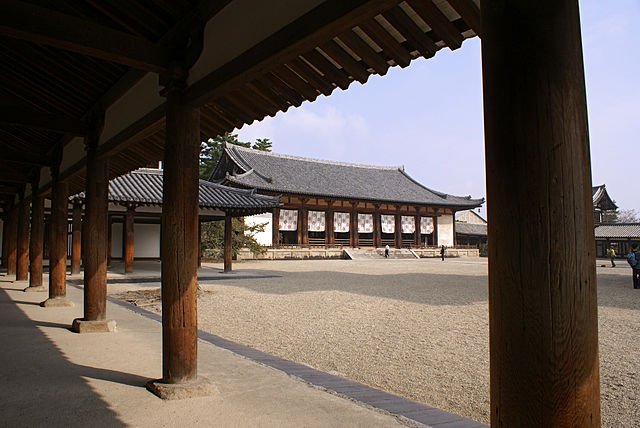 Horyuji pillars made of Japanese cypress. Ancient woodworkers only had simple planes to finish them, yet they achieved beautiful entasis. It continues to impress visitors 1,300 years after the construction. By 663highland, CC-BY-SA-3.0 or CC BY 2.5, via Wikimedia Commons

If that was not enough, there were no sawmills available for Horyuji builders. There were no tools that would cut open the wood in a straight line. The only tools they had were something like a froe or shake axe to cleave wood, by splitting or riving it along the grain. Because of this “crudeness,” people had to be extensively knowledgeable about the wood they would cut.

All those factors had to be taken into consideration BEFORE each piece of lumber was to be used: no mistakes were tolerated because they could cause the building to collapse.  It is an enormous amount of information to process at once.  Plus, since there were no effective transportation methods at that time, people had to live with what they had.

Their extensive skills to be able to read the history and condition of each and every tree helped them to build something that would survive 1,300 years.

According to Nishioka, we’ve lost these great skills of tree “reading” over time. Not only that, it is said that there are only less than one hundred Miya-daiku’s in Japan. While technology continues to thrive and change the impossibles to the possible, we are losing our own skills that made so many impossibles possible.   Although we sort of assume that all the skills can be reproduced using technology, it’s not that certain.  Techniques that emerge from people’s own skills are beautiful, but machines and artificial technologies can only guarantee functionality, not the beauty.