Take a look at Isoya Yoshida (1894 – 1974), who almost single-handedly modernized 数寄屋造り (sukiya-zukuri), a style widely used after the 16th century. According to architect/historian Terunobu Fujimori, today’s high-end Japanese designs – whether they are Japanese restaurants or ryokan-style hotels housed in modern concrete buildings – manage to stay coherent both aesthetically and architecturally largely thanks to Yoshida’s trailblazing efforts to marry traditionalism and modernism, and to let wood and reinforced concrete coexist seamlessly while ensuring structural strength.

Isoya Yoshida studied architecture in college and went to Europe in 1925 to finally see major pieces of modern architecture he’d been studying for many years. But to his surprise, he was rather fascinated by traditional European styles such as Gothic. Overwhelmed by the power of tradition and heritages in architecture, he turned to sukiya-zukuri as his creative roots upon his return to Japan. He aspired to modernize traditional Japanese design to establish his unique identity. By 1935 he had theorized his approach by incorporating Western perspectives (Yoshida admired Le Corbusier and Walter Gropius) and started designing many important modern sukiya-zukuri houses and buildings. He made some bold structural/aesthetic changes to the details of traditional design, many of which are still relevant to this day. Get some Japandi inspiration from the Inomata house (designed in 1967), his late-career work that is open to pubic as part of the Setagaya Trust and Community Design project. 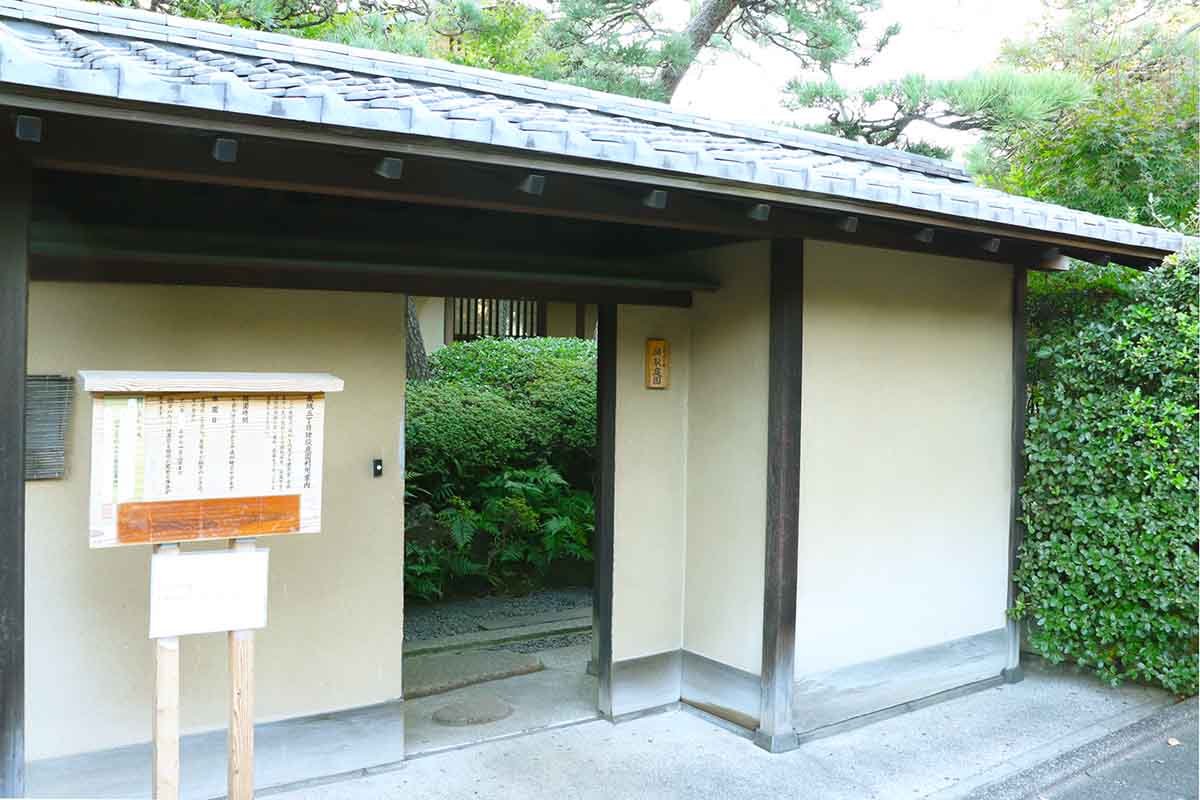 The Inomata House looks like traditional Japanese house (samurai-mansion style) from outside. But Yoshida married it with Western details in order to transform it to become modern, minimalist, light and bright. 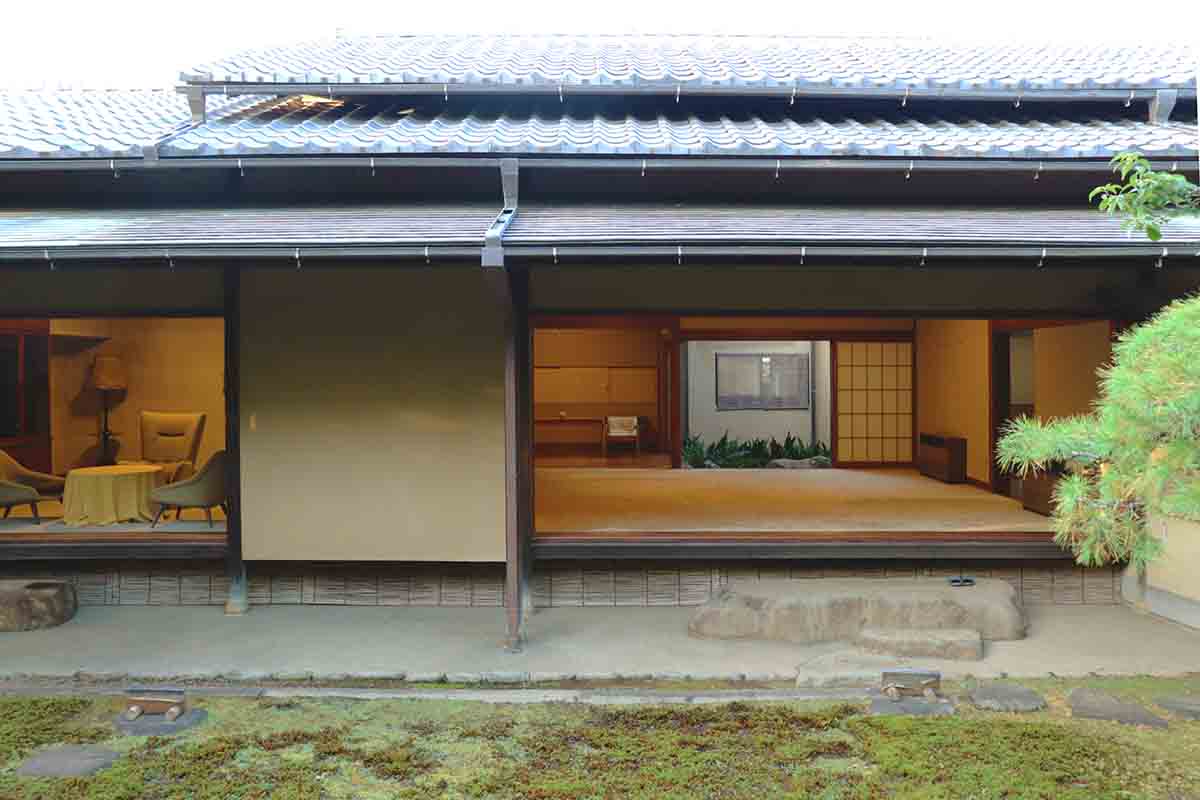 The view of the Inomata House from the garden.
With crafty modifications to some important traditional Japanese design details, Yoshida let Western-style (left) and Japanese-style (right) co-exist seamlessly.

One of the most prominent aesthetic point in traditional Japanese buildings is the lines, especially fine horizontal lines that are used everywhere. But too many lines, especially in higher areas, become too busy when you use tables and chairs instead of sitting directly on tatami mattress, as your eyes are easily fixed to upper areas. Yoshida often eliminated linear elements that were considered requirements in traditional style such as “nageshi,” and also reduced pillars  or ceiling grids that gave divisive visual effects.

It’s important to control the number of fine, horizontal lines when you try to incorporate traditional Japanese style in Japandi. Note that purely traditional items may have many lines. 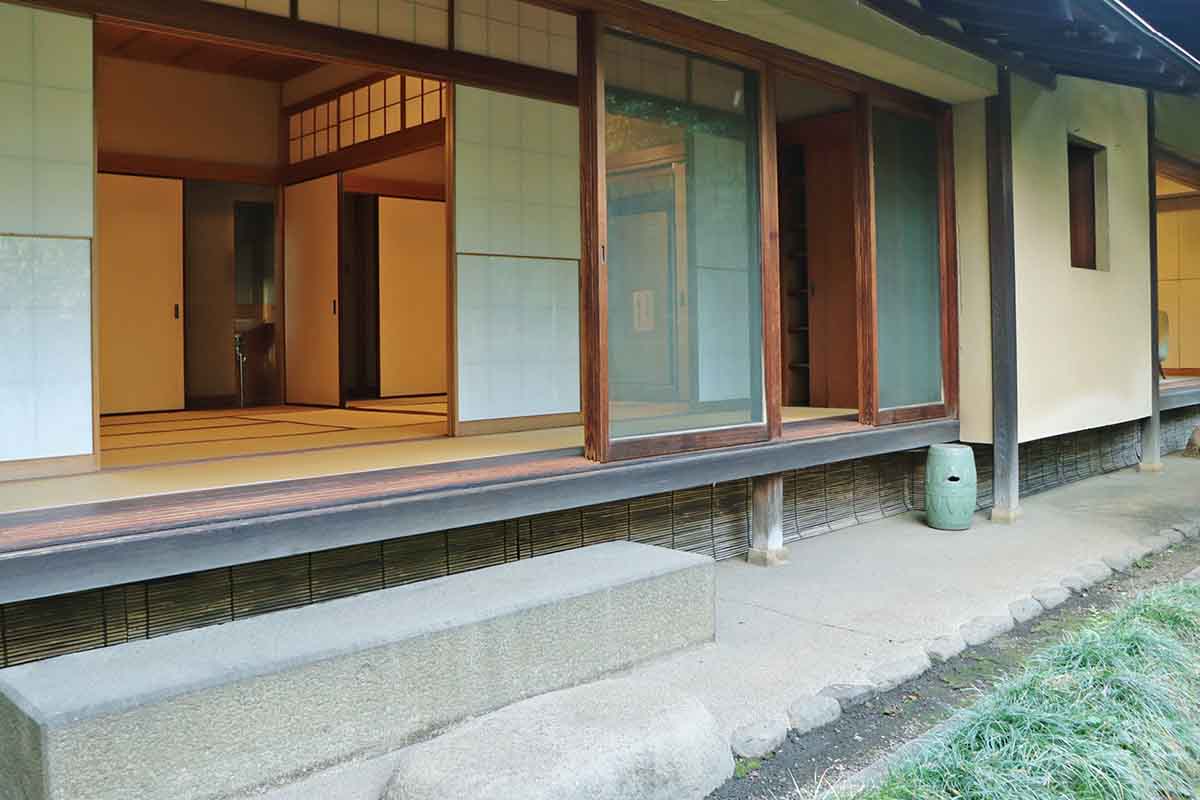 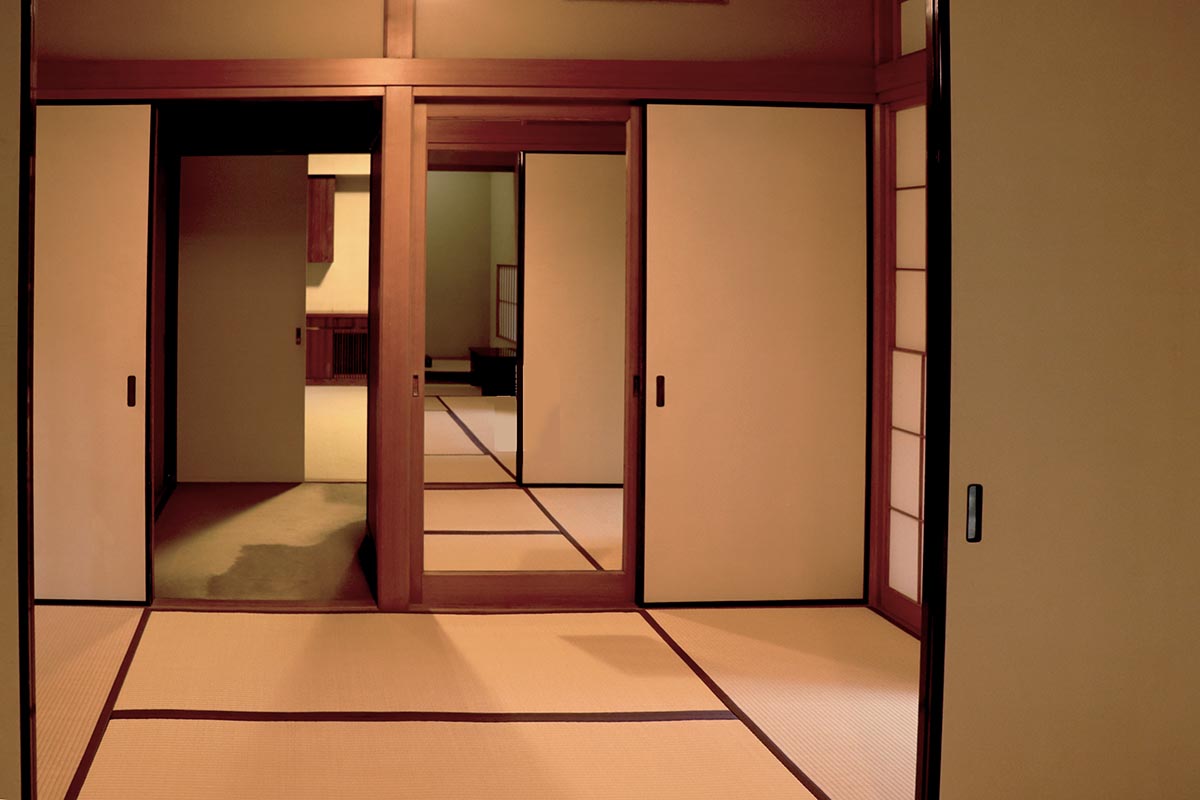 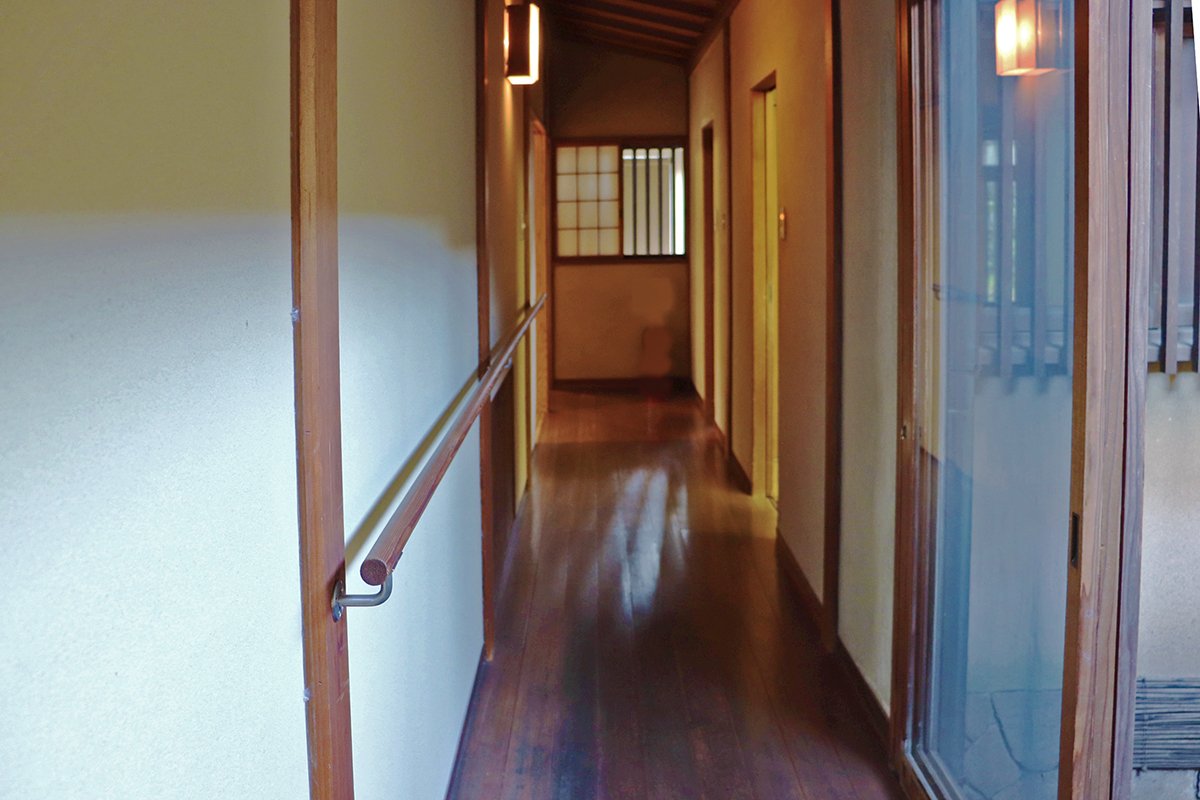 The Inomata House has both traditional Japanese rooms and Western style rooms with tables and chairs. As you can see, traditional rooms/areas have many fine lines. 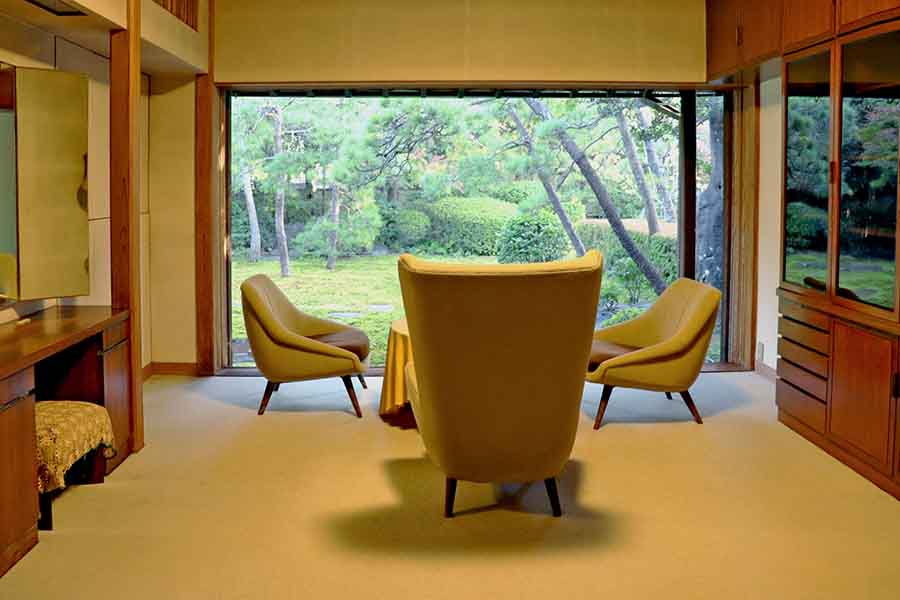 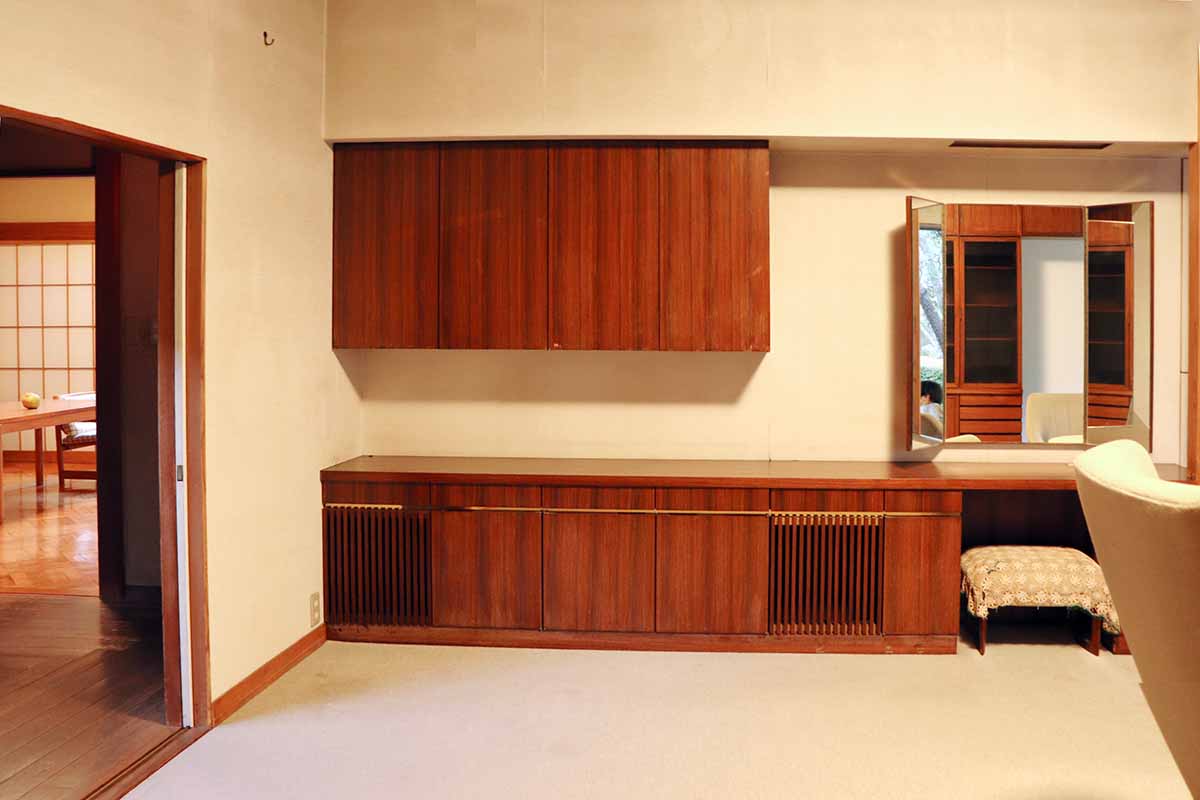 It is obvious that Yoshida reduced the number of lines in Western-style rooms with tables and chairs. “How many lines are just right?” is an important question when incorporating Japanese aesthetics.

Speaking of fine lines, shoji screen doors/partition/window, which is made of fine wood grids and paper, is a signature Japanese item that adds A LOT OF lines to the interior. Traditional shoji products were narrower than their modern counterparts and had small grids, as you can see in the picture of the chashitsu (tea room) below. Since the chashitsu is the origin of sukiya-zukuri, Yoshida went with traditional shoji design here. If you are interested in traditional Japanese aesthetics, you need to know about chashitsu as it condenses all essential elements of wabi-sabi both materially and philosophically . 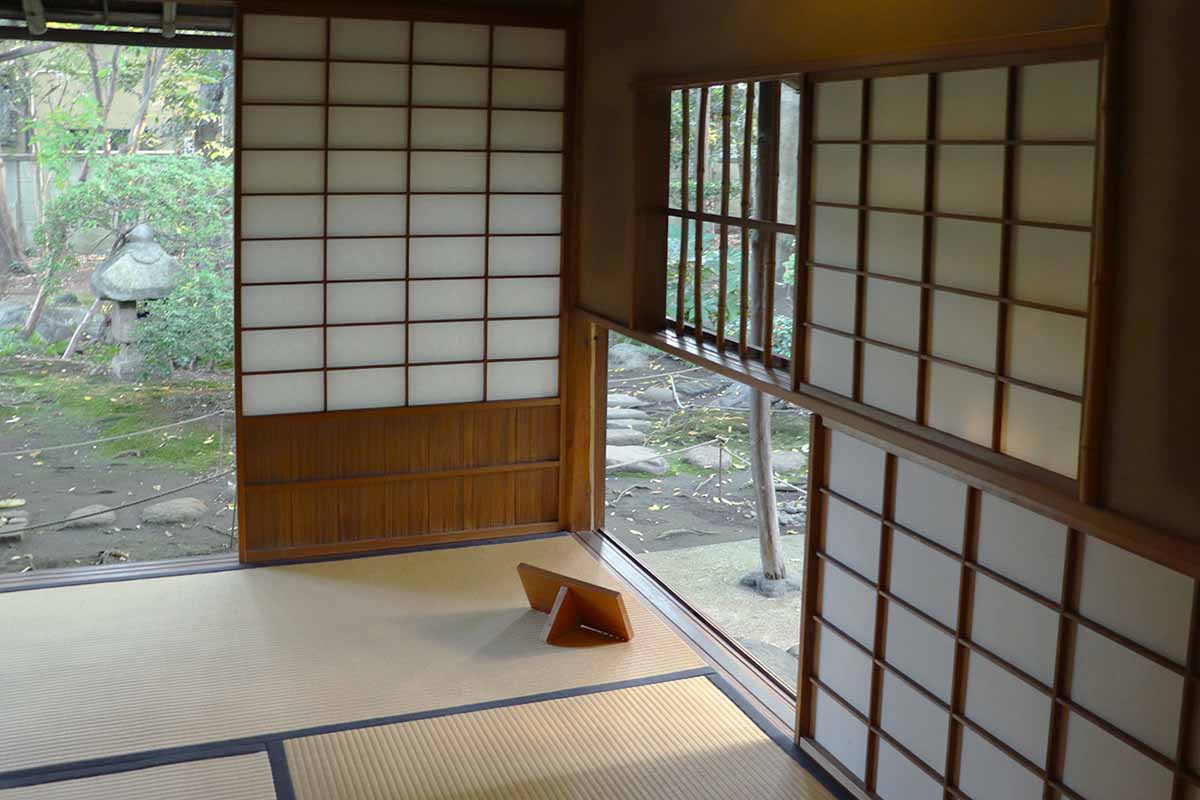 Yoshida worked with special craftsmen to design original shoji (and fusuma, traditional Japanese partition used like shoji) that was larger and with less grids. In the picture below you can see that he used different sized shoji in rooms with Western details.

If you are thinking about shoji-like design (Japandi seems to like it), try to compare size and the number of the grids so that the interior won’t become too busy with lines. 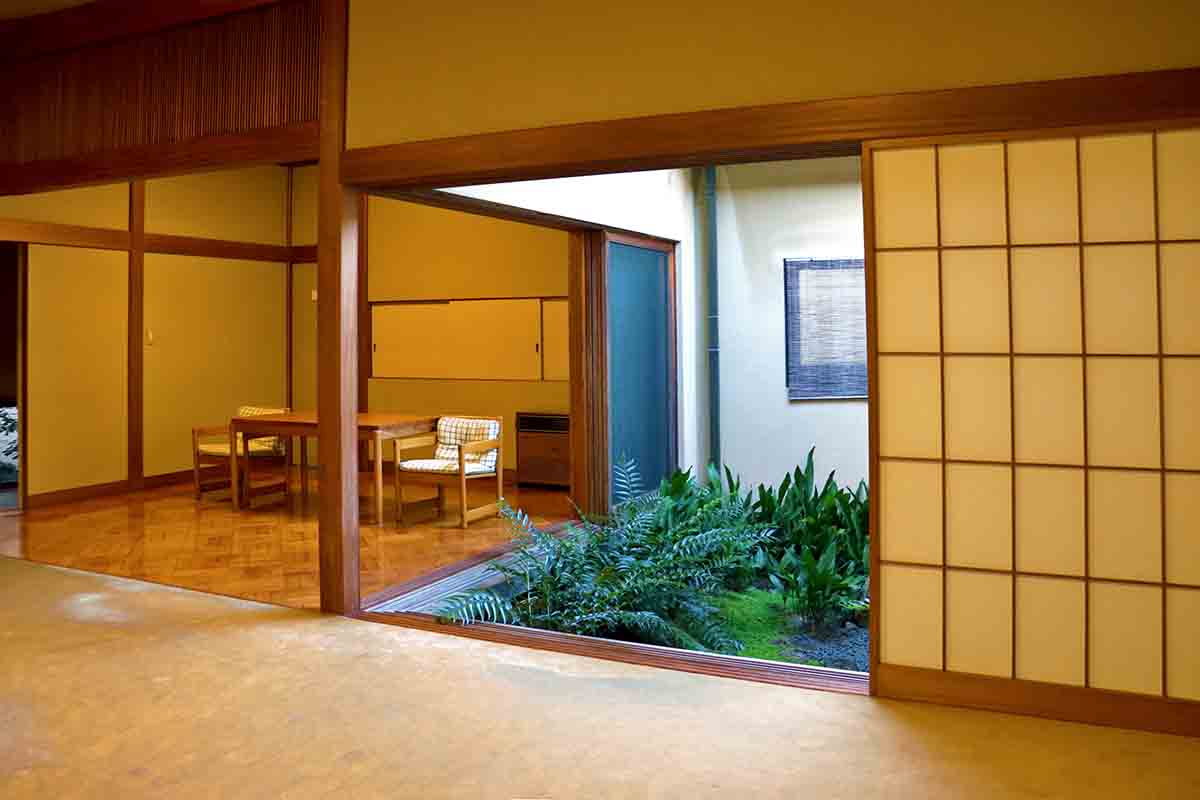 Japanese architecture is known to be very open to the outer environment, but with one caveat. Traditional design employs deep eaves and engawa (hallway-like strips that connect rooms and outside) to provide shades and buffer zones when connecting the interiors and exteriors. But Yoshida was not a big fan of them, so he often eliminated them. End results: gardens are right by the room.  Tsuboniwa is a very small patio often accessible by surrounding rooms, and Yoshida’s patios are so close to the rooms. 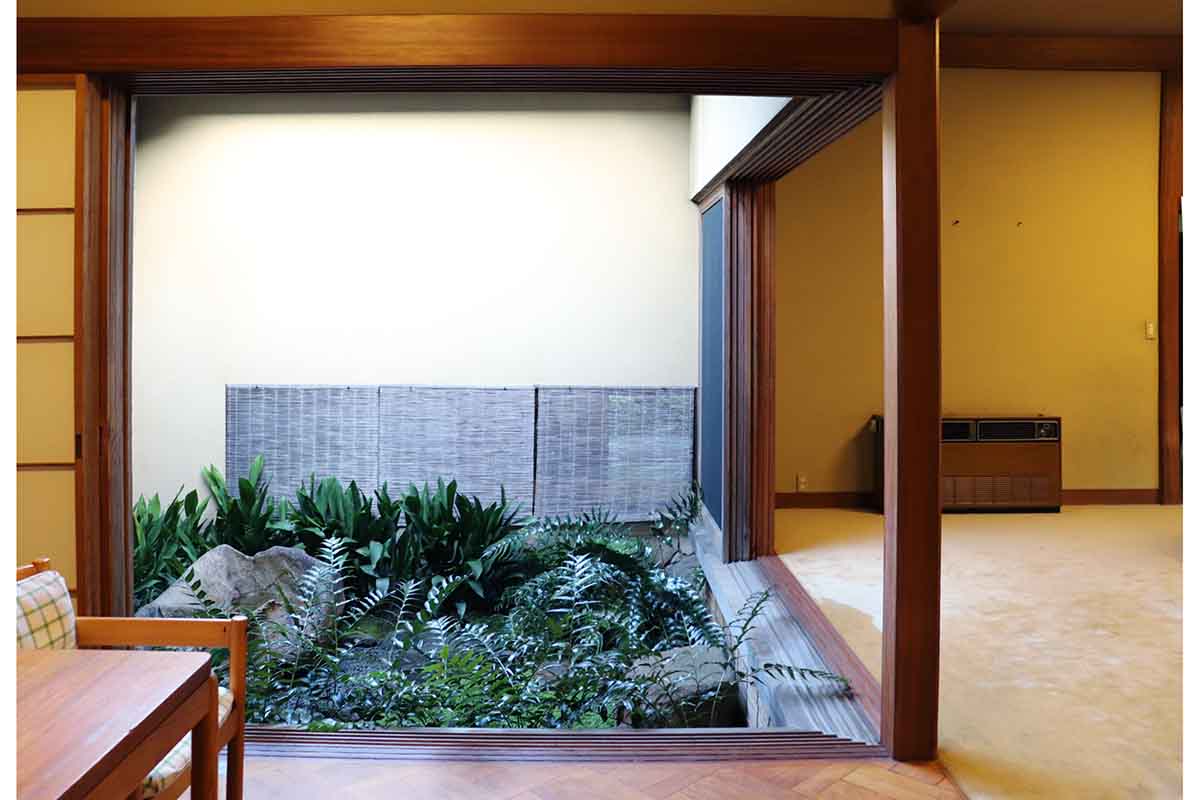 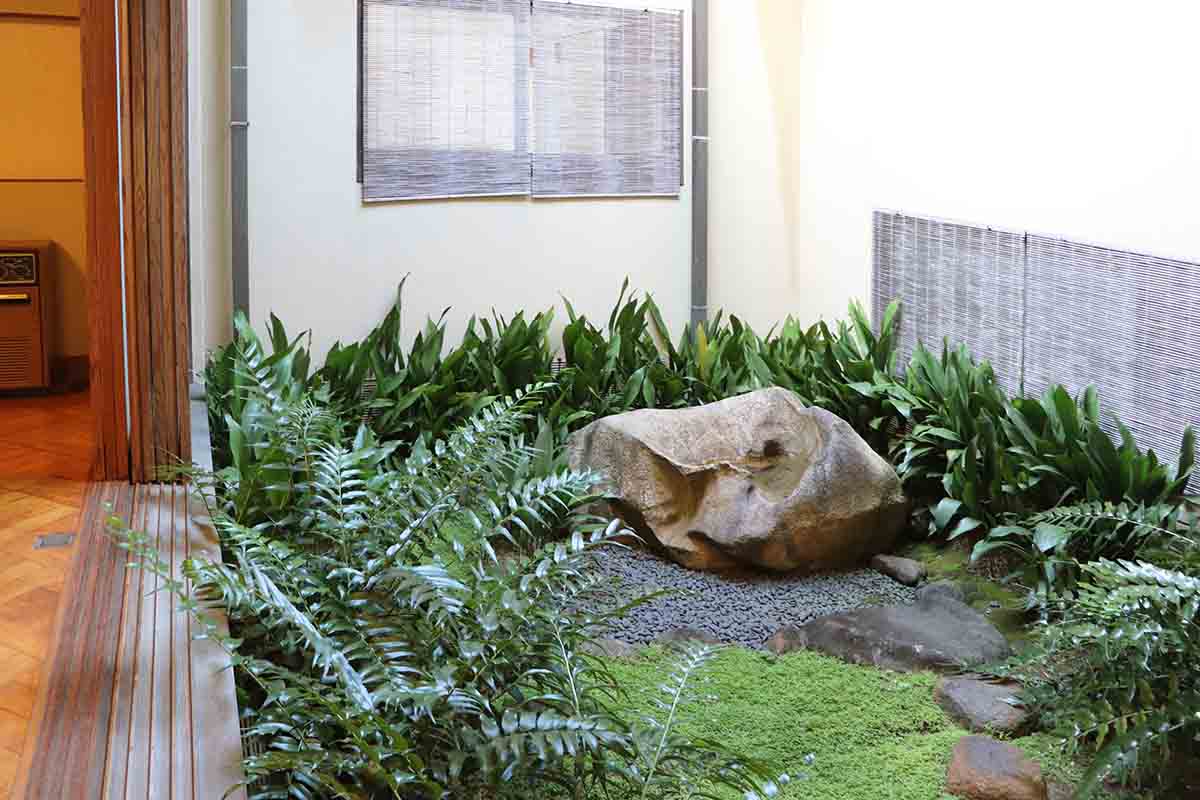