Wabi-sabi is a traditional Japanese aesthetic philosophy that dates back in 15th century. It is very unique in that it embraced seemingly negative notions such as imperfection, abandoned or decaying to find beauty. Wabi-sabi celebrates elements that are natural, untreated/unprocessed. It avoids dressing the surface and accept things that are getting old, subdued or could otherwise be considered trivial as is. The great Tea Master 千利休 (Sen no Rikyu, 1522-1591) cemented the philosophy of wabi-cha (wabi tea ceremony), which encompassed the aesthetics of how you live your life, from designing your house/rooms, choosing tools/items by appreciating the surrounding environment and changing seasonality, to how to relate with other people.

Naturally, wabi-sabi is anti-luxury and anti-elegance. But as Rikyu style was passed on to his disciples and then on to their disciples, new approach were added. 小堀遠州 (Kobori Enshu, 1579-1647), who was the disciple of 古田織部 (Furuta Oribe 1544-1614). one of Rikyu’s most prominent disciples, added refinements and elegance to wabi-sabi. Enshu was a unique figure who was a high-ranking samurai bureaucrat, Tea Master AND great designer at the same time. Because of his social influence, his elegance-oriented wabi-sabi, which has come to be called “kirei (elegance) sabi,” had substantial impacts on Japanese culture,  and his aesthetics have been passed down through the practices of Enshu-school in sado (tea ceremony) and remaining pieces of architecture he designed – mostly gardens and tea houses.

A trailer for a documentary film about the Tea Master (the 13 th generation wince Enshu) of the Enshu school.

Video: A tea ceremony by the Enshu school. You can check the interior design and the choice of art, decors and tools.

Left: 忘筌 (Bosen) As a Tea Master, Enshu designed many tea rooms that reflected the philosophy of kirei-sabi. With Bosen, a tea room found within a prestigious temple in Kyoto, he revolutionized the composition of the veranda sill. There is a two-panel sliding shoji that sits above a raised sill, with the lower part of the composition left open below. The effect is quietly dramatic.

Right: 擁翠亭 (Yosuitei) Tea rooms are usually designed to be dim so that people can concentrate on themselves, but Enshu installed as many as 13 openings in Yosuitei, a tea hut designed for a local mogul who was into sado. The level of openness toward outside and appreciation of sunlight is unique to Enshu’s kirei-sabi aesthetics.

As Japanese architecture was almost exclusively wooden, not many buildings survived from Enshu’s era, but you might want to check out Katsura Rikyu (Imperial Villa), which is believed to have been aesthetically influenced by Enshu — although there is no evidence that he was directly involved in the project. (Katsura was built for the emperor family but Enshu worked for the Shogun, the military leader.) Katsura Rikyu is considered one of the most beautiful pieces of traditional Japanese architecture. Modern European architects including Bruno Taut and Walter Gropius fell in love with Katsura Rikyu, and praised its minimalistic modernity even though it was built before the modern era. 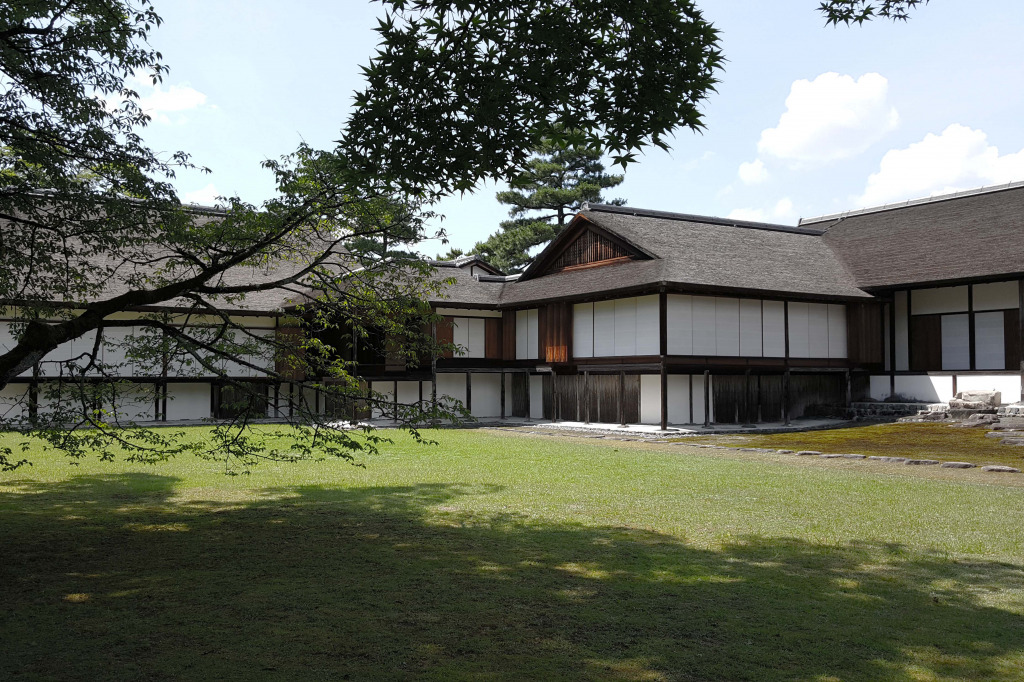 松琴亭 (Shokintei), one of the many detached chashitsu (tea house) scattered in the premise of Katura Rikyu, is famous for unique color scheme and modern-looking checker patterns. It exhibits uniquely rustic elegance. 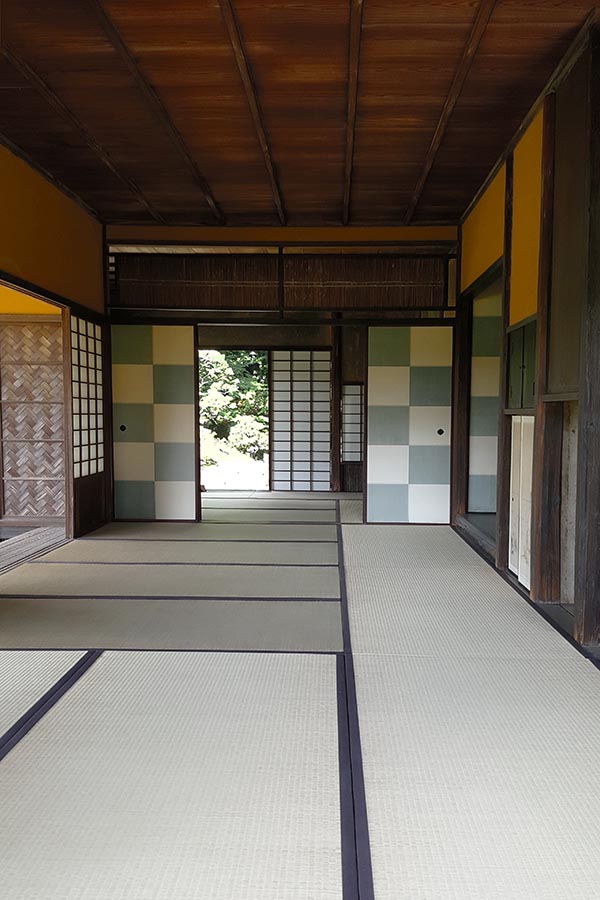 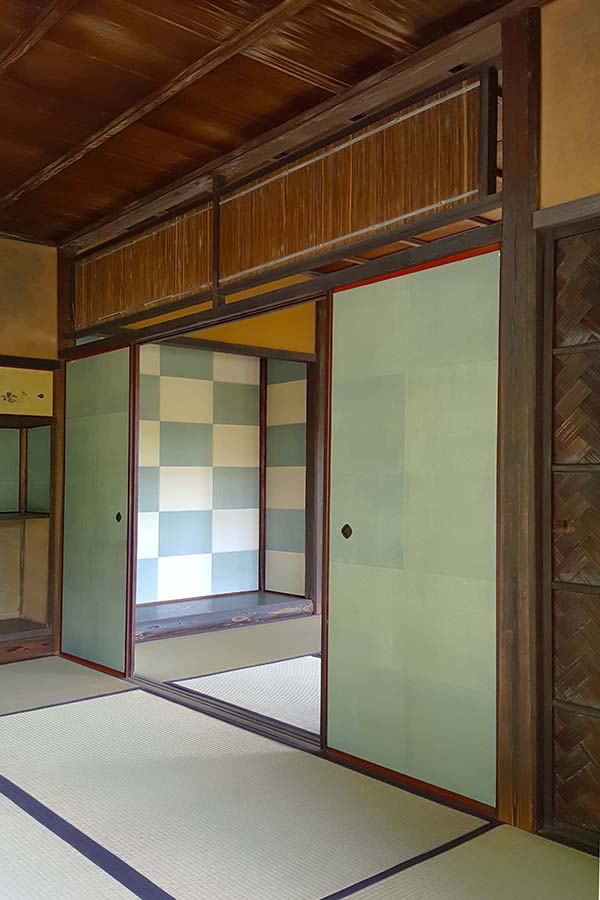 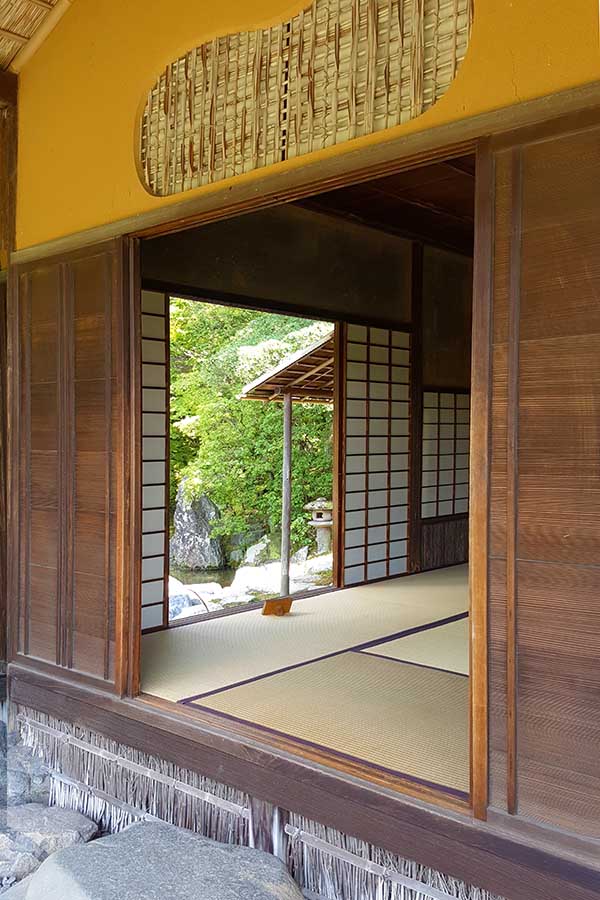 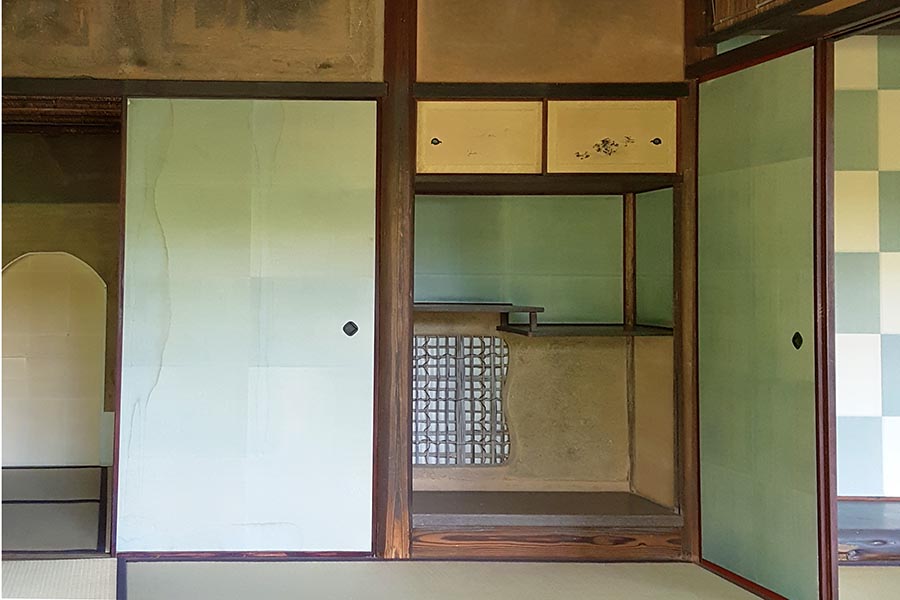 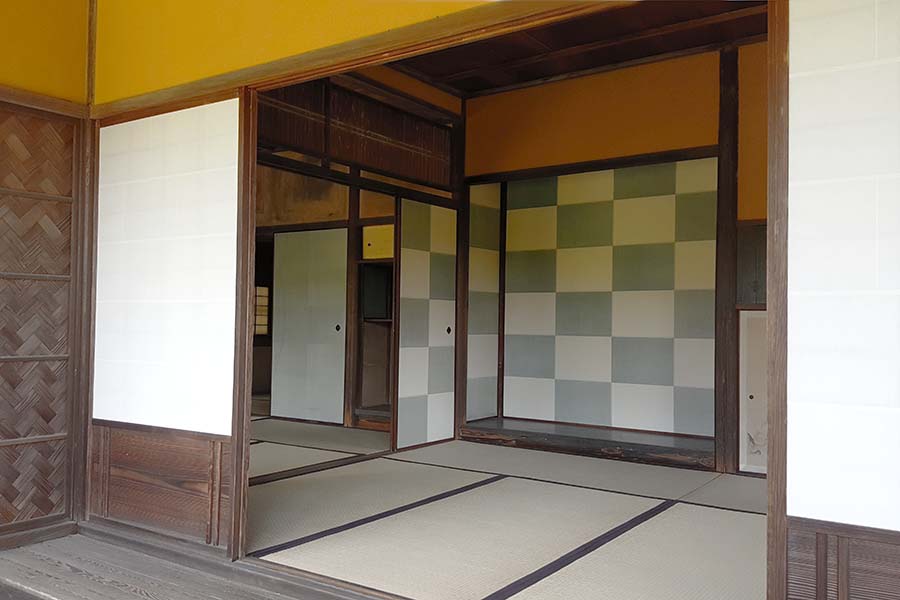 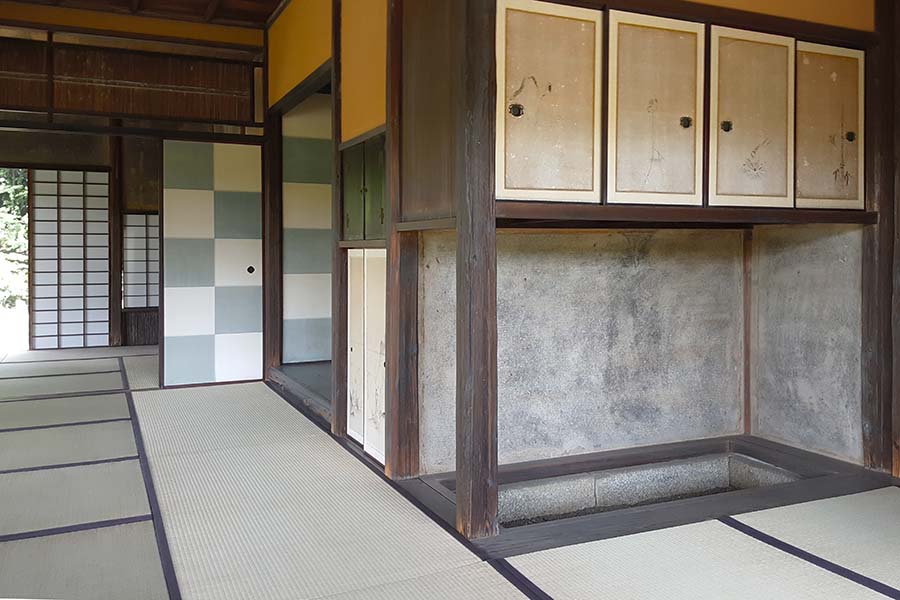 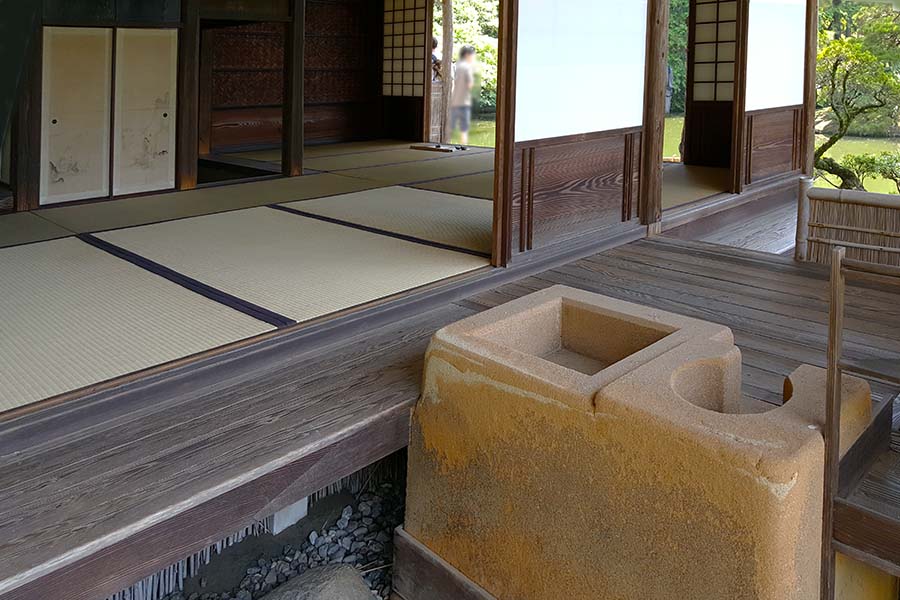 Interesting fact: Whereas most European architects who visited Katsura loved it, Le Corbusier was an exception. He didn’t appreciate it because there were “way too many lines.” (茶室学 (Chashitsu gaku), Terunobu Fujimori, Rokuyosha Publishing) This remark is so on point: Traditional Japanese architecture is full of fine lines, in tatami mattresses, pillars, and especially in the shoji (screen door). They often constitute a clean, neat aesthetics for Japanese architecture, but they were too much for Le Corbusier.