Toyo Ito interview at Omishima: Architecture then, now and next (1-1)

The Pritzker Award Laureate, architect Toyo Ito has always been exploring the potential of modern architecture through uniquely progressive approach. But almost two decades into the sharply modernized and globalized 21st century, Ito finds himself on Omishima, a small, rural island in Ehime Prefecture of Western Japan.

It is a drastic shift from the experimental urbanism that defined him for decades. What inspired Ito travel here? I spent a morning with him on Omishima island in June 2018, where the Toyo Ito Museum of Architecture, Imabari was celebrating the opening of an exhibit “Protecting = Creating the Sacred Island of Omishima,” which featured various community revitalization projects that Ito had been leading on the island. 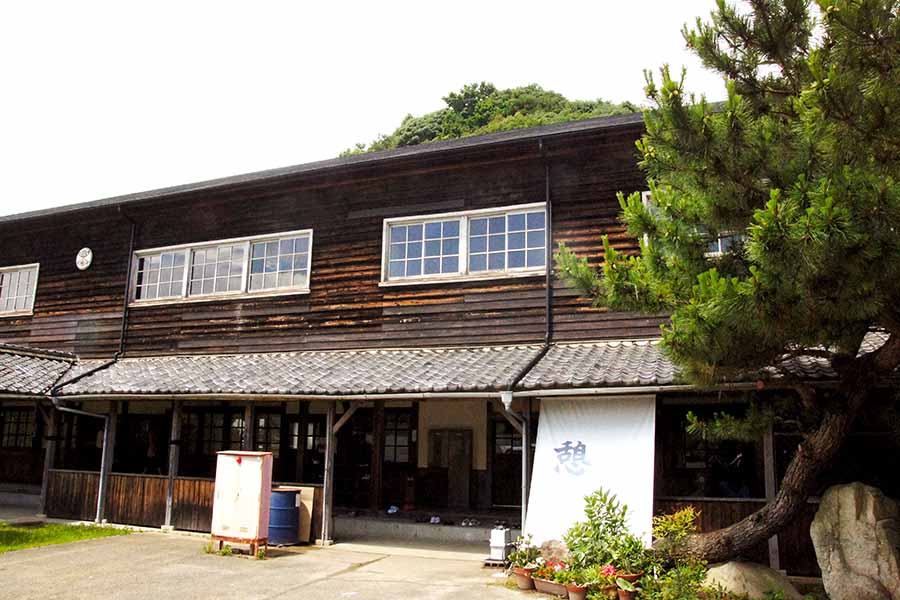 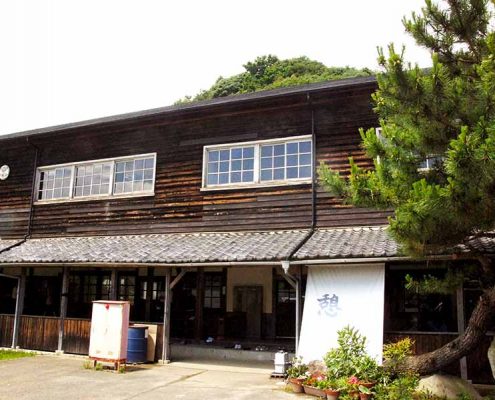 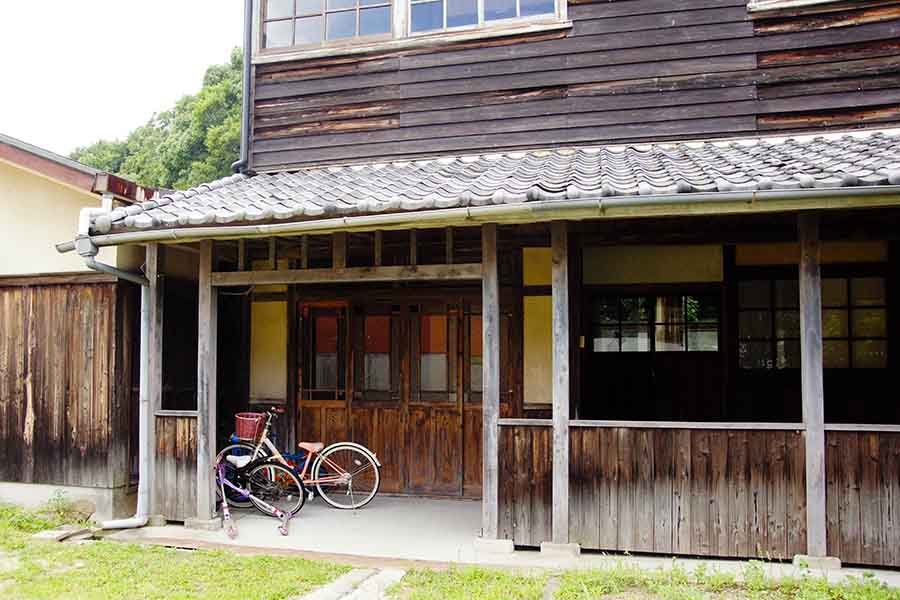 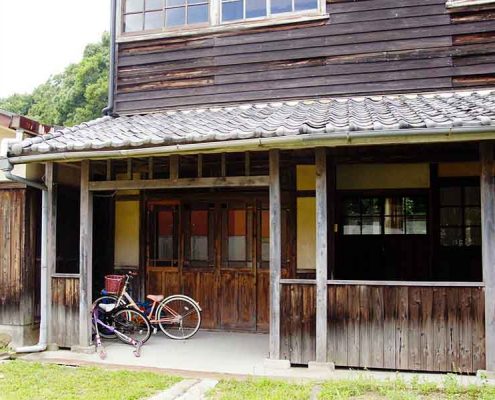 The interview took place at Omishima Ikoi no Ie, an accommodation on the island that renovated a 100-year-old elementary school with the help of Ito’s team. Read more about the Ikoi no Ie project. 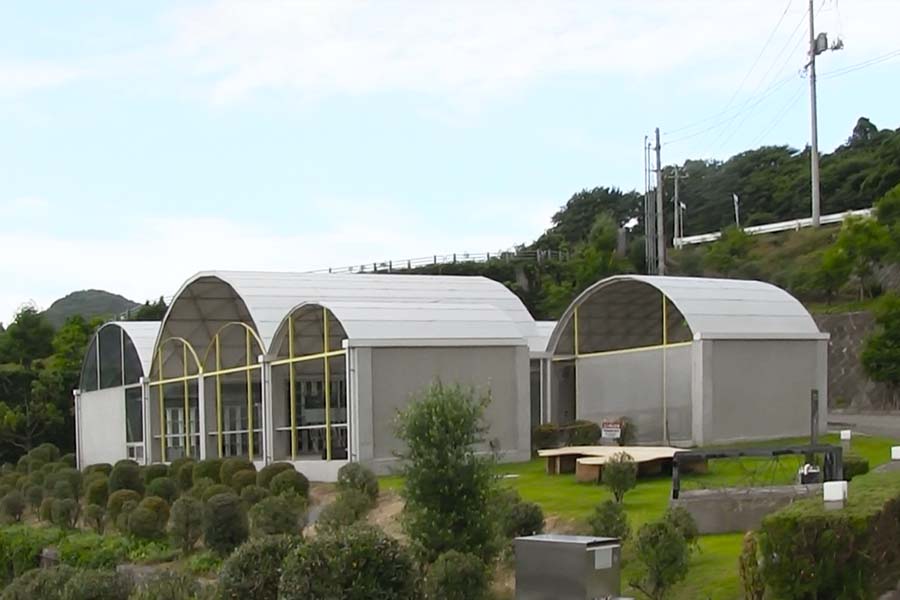 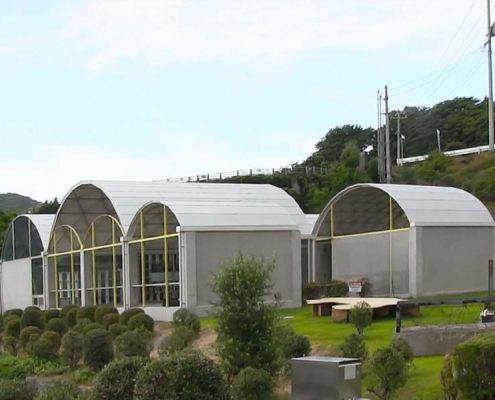 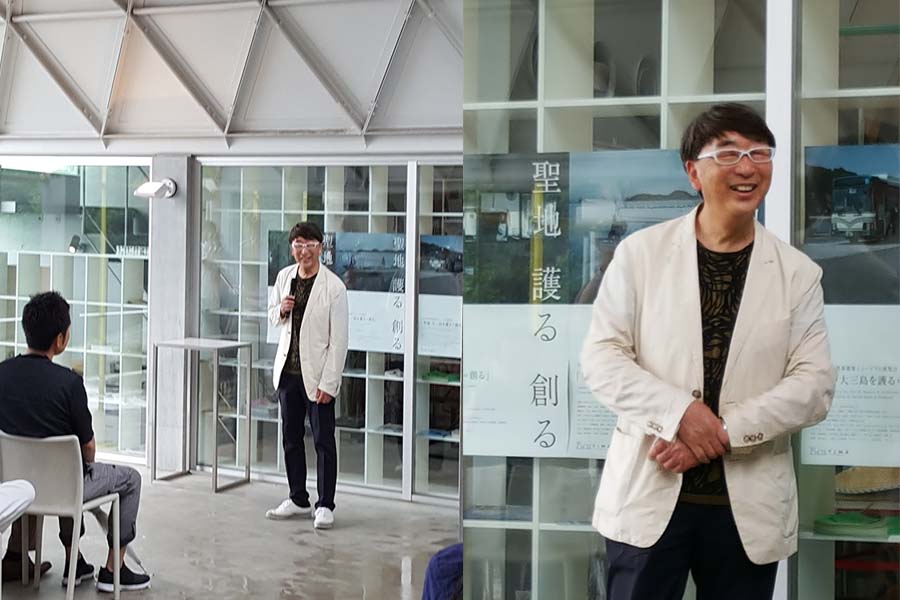 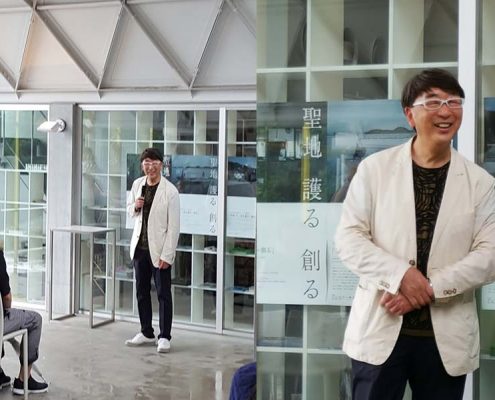 Part I: "Ethics" of Asian Architecture
Part II: The 3/11 and the Limits of Modernism
Part III: Architecture Now and Next

Part I: “Ethics” of Asian architecture 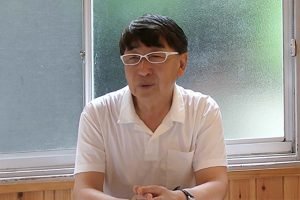 Toyo Ito has keen, bird’s-eye view that critically disassembles complicated parts/pieces of the discipline called architecture and reveals its fundamental passion and mission – which boils down to how we define our relationship with nature. And the way he perceives “nature” is not just a matter of the lakes and forests we visit on weekends nor the resources we need to conserve for sustainability. It’s something much bigger – a universe, if you will – which is an infinite collective whole of chaotic, unpredictable, overwhelmingly powerful and beautiful swirls of all kinds of elements. After decades in the pursuit of modern/urban architecture, which was about the unexplored, often paradoxical relationships of modern people with surrounding universe, he is shifting his focus on ways of life not controlled by modernism, which, according to him, went too far to start threatening our very happiness.

To explain his current interests, he cites one essay that is titled the “’Ethics’ of architecture.” Written by Japanese anthropologist Shinichi Nakazawa in 1983, it is apparently based on “Ethica (Ethics)” written by the influential Jewish-Dutch philosopher, Spinoza, in the 17th century. Spinoza, using the Euclidean method to make his case, declared that “God is the natural world,” in contrast to the strongly held traditional view in Christianity that “God exists outside of the universe and created it.”

This is very symbolic, because Ito’s professional transformation has also been about digesting and elevating the collision of two very different perspectives – the Western approach based on a Euclidean/monotheistic view, and chaos theory-driven, mesmerizing-nature-is-god kind of Asian ethos. Where did his “ethics of architecture” land after five decades of philosophical journeying?

What does “architecture” mean to you? Where did it come from, where is it now, and where is it going?

Even though humans are unique in many ways, they are still animals. Prehistoric people used caves as dwellings, just like birds made nests among tree branches. But they didn’t stop there. As they kept advancing, the ancient Greeks discovered among other things the principles of geometry. This completely changed the way humans interacted with the environment, as it introduced a new system ruled by stable orders in the middle of otherwise chaotic nature. I believe that this was how architecture was born – instituting architecture meant a departure from life in a cave guided by animal instinct in order to enter into a logical world controlled by geometric order. So, architecture has inherently been about decoupling the human world from nature, and establishing a predictable system in the middle of an unpredictable one. It’s how traditional European architecture has developed, and it is still what architecture is about today..

But in Asia, things were perceived differently. Even though Asians knew that the human world was not completely “natural,” they believed that architecture still belonged to nature – it could no longer be 100% of nature, but it was a continuous/extended part of it. These are completely different perspectives on architecture.


I studied architecture as a modern discipline, like all other fellow architects. It means that my architectural foundations were based on Western philosophy. But at some point, I started feeling that I was missing something very fundamental. Especially after 3/11 (the Great Tohoku earthquake, tsunami and Fukushima power plant meltdown occurred on March 11, 2011. See the Part II of the interview), I decided that Western-style modern architecture was no longer what I wanted to pursue.

Could you elaborate the “Asia-ness” you are talking about?

I co-wrote a book “建築の大転換 (meaning the great transformation of architecture), Chikuma Publishing” in 2012 with Shinichi Nakazawa, who has been the inspiration for my architecture for decades. He wrote an essay titled “The Ethica of Architecture” years ago, which resonated with me at a profound level. So let me talk about it a little bit.

As an anthropologist with the emphasis on religion, Nakazawa went to Tibet to practice Tibetan Buddhism when he was young, and discovered the essence of Asian architecture in Tibetan temples – the way they were conceived, planned, built and used. The essay points out that Tibetans recognized that architecture – especially large buildings such as temples – required geometry, but they were also keenly aware that geometry did not belong to the natural order. So they would seek “approval” from the deities of the home ground, or nature, before they start a project: “this is what we plan on building. Are you okay for us to do it?” After taking necessary steps to “confirm” an approval from the gods that rule natural world (in a form of religious rituals, divination, astrology etc.), they would finally begin to build their temples.

What humans create are distinct and can/will never be completely compatible with nature. But for Asians, it did not mean that it was okay to overwrite the natural world by filling it with man-made creations. Instead of randomly destroying forests and bulldozing/flattening natural land in order to build more buildings, they opted to “lease” only specific areas that they believed nature had chosen to offer humans. For them, architectural projects were possible only when a series of subtle conditions that nature asked them to satisfy were met so that the buildings would become a welcomed extension of nature. Such an approach reflects Asian philosophy that our brain functions, which are the most intellectual/cognitive (hence “un-natural”) actions, still have to be a product of natural process.

What Nakazawa’s essay suggests is that the envelope/structure of any building has to be controlled by geometry, which also applies to Tibetan temples. They indeed seem like 100% human creations from outside. But what is really fascinating is the fact that Tibetans managed to create “raw nature” inside their temples. Once you step into the interior, you feel that the geometric order suddenly disappears, and the space is, once again, overwhelmingly reigned by (chaotic) nature.

People who visit Tibetan temples often say that it feels like being in a womb. Rooms are dimly lit by a countless number of butter lamps, which emit special scents and warmth to overwhelm your senses which are almost numbed after traveling across deadly dry, barren field for days. It is a mesmerizing feeling to be exposed to the sea of colorful divine paintings on the walls lit by dark orange lamps…and the tranquility that reigns within the space…They altogether stimulate/arouse every sense in your body and make you feel as if you have arrived at a deeply intimate place that you have known since before you were born.

But this is just the beginning. In Tibetan Tantric Buddhism, which searches to find the “truly natural state of mind,” there was a profound reason why the interior of a temple had to feel like a mother’s womb… It was designed so that you could transcend your mind to reach a rudimentary emptiness – what Tantric Buddhism call “sems-nyid” (nature of mind) – by reversing/undoing your cognitive experience way before/beyond your birth.


Part II: The 3/11 and the limits of modernism
More on Toyo Ito