I am not a super enthusiastic cook and usually prefer quick and easy recipes. But I still take some extra time to follow some cooking tips, because they do not require any skills, and the outcome is guaranteed.

For soup, removal of the scum is the key. It compromises the taste significantly due to its bitter or tart quality. And some major soup ingredients, including meat or vegetables such as onions and tomatoes, produce a large amount of scum. It becomes tedious if you try to get rid of it using spoons or ladles. So the Japanese developed a dedicated kitchen gadget that can skim the scum from the surface of the soup. It’s called あく取り (aku-tori), or the scum buster. It is a super fine mesh strainer made almost flat so that it skims only the very surface. It seems that it’s not widely used in some parts of the world, but it’s very handy.

MUJI has its own version of scum buster. 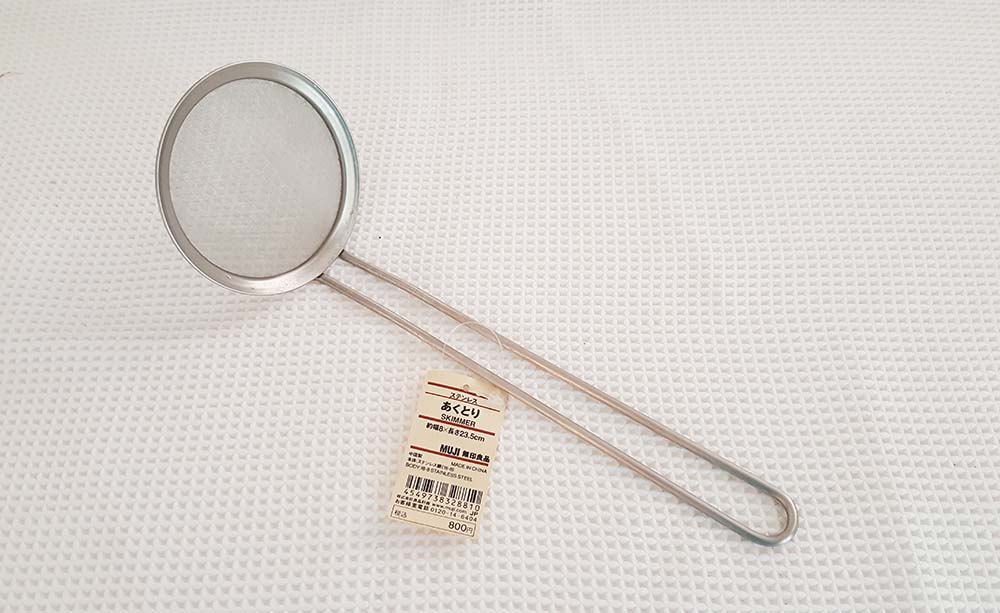 This is a very simple tool, so the size and the angles are everything. MUJI’s item is relatively small and very light. In addition, it has a handle that’s connected to the strainer almost perpendicularly, but not quite. This acute angle makes it easy to skim the scum, protecting your hand from the hot steam steam coming off the soup. 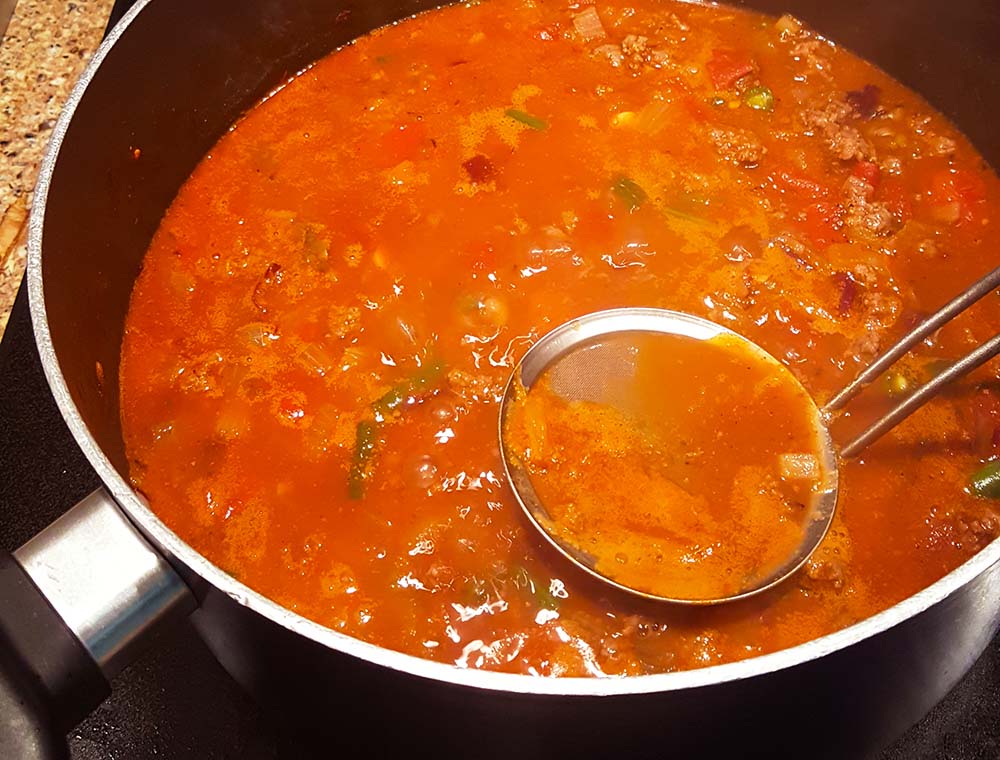 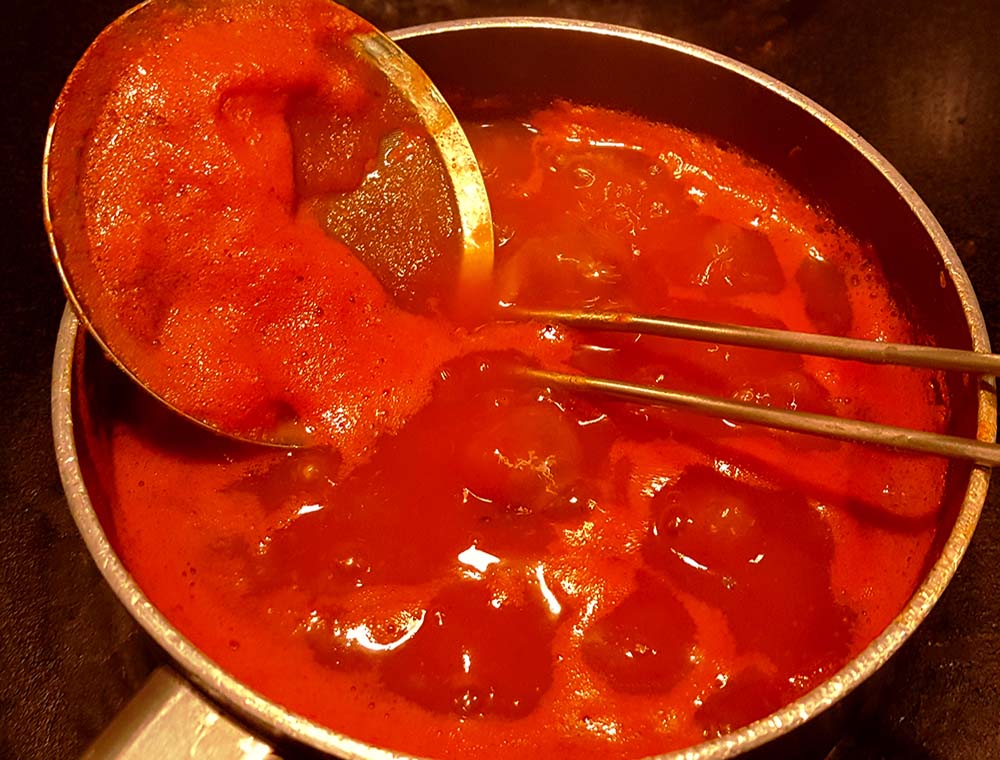 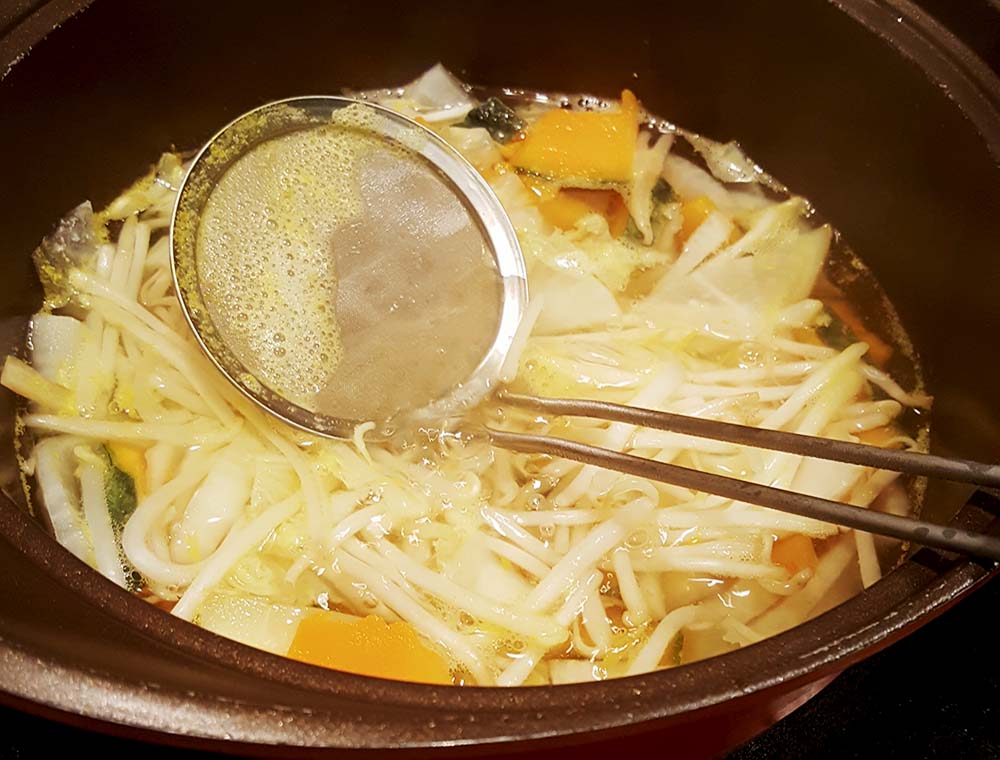 Unfortunately, it was not on MUJI USA’s product list last when I checked in November 2017 (It’s offered in Japan at 800 yen – about $8). But your local Japanese grocery stores may carry aku-tori from other manufacturers. It is also useful when you make shabu shabu or other pot-style dishes.

With just a couple of skims, our soup will be great again!