Back to the top of Project in Progress main page

Shigeru Ban won the global competition in 2103 to renovate the headquarters of Swatch and Omega in Biel/Bienne, Switzerland – a city located in the canton of Bern where the language boundary between French-speaking and German-speaking regions lays. As the multilingual environment suggests, Biel/Bienne is a city of long and rich history in which the people sought their identity under the influence of Germany, France and Swiss Confederacy.

Biel/Bienne has been the center of watch making since the 19th century. Omega has been doing business there since 1848, and Swatch was founded in 1983 to re-define the watch made in Switzerland. When Omega and Swatch announced the plan to renew their headquarters to revitalize the area as a new landmark to celebrate the city’s history of timepiece making, Shigeru Ban was convinced that it had to be made of timbers.

Having completed many projects in Europe using wood, Ban knew that the technology, skills and R&D environment surrounding timber processing in Switzerland was top-notch. As a matter of fact, it almost looks like its watchmaking industry: its strength is the combination of incredible precision and industrial aesthetics.

The plan for the Watch Company. The long building on the left hand side is the Swatch headquarter, covered by the curvy wood shell which extends to connect the Omega 2 at the center. The Omega 1, the production center, is on the right hand side. 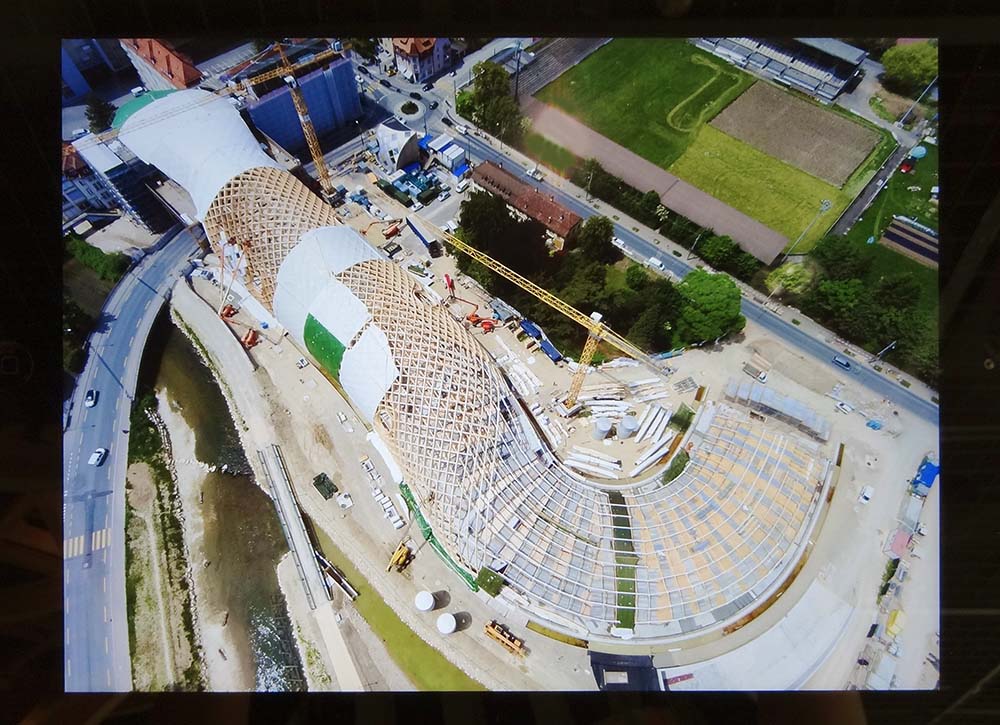 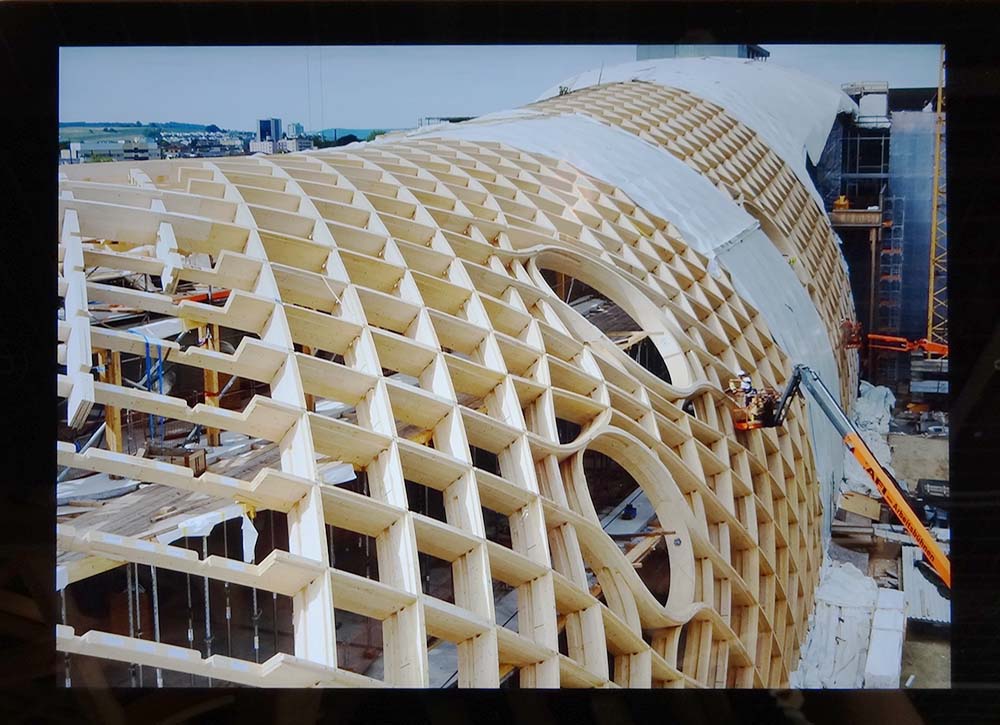 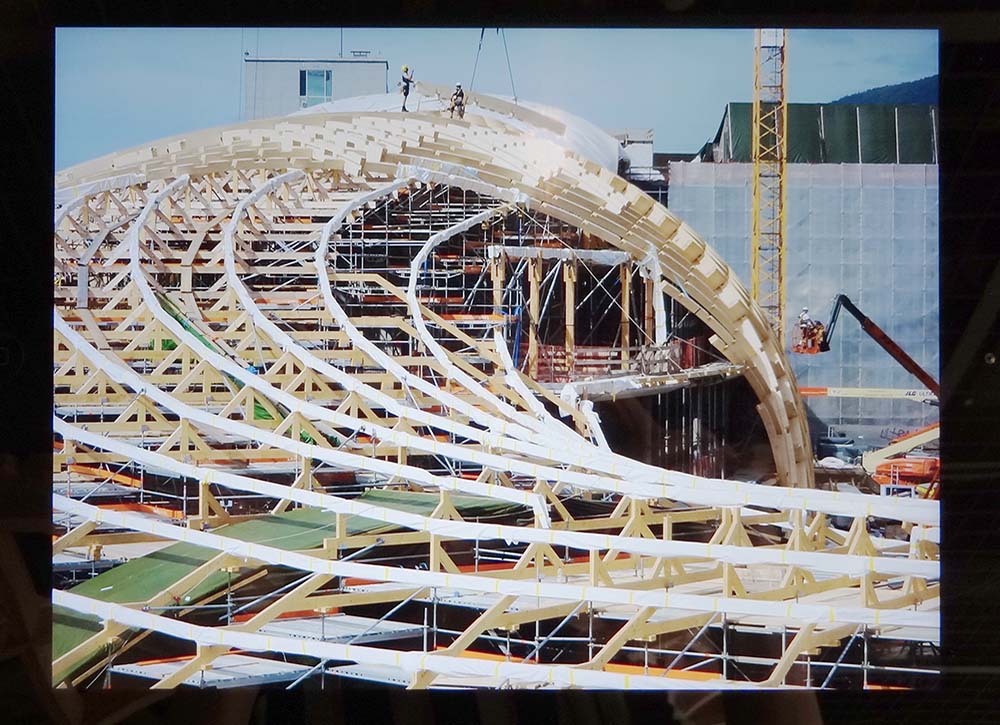 The video streaming to show the construction process. It was amazing to see how the wooden shell looked like a real creature: the curves were raw and dynamic.

The wooden shell overarching the Swatch HQ is grid-structured. It’s covered partly by solid, partly air-supported structure using fluorine-based plastic (ETFE), and partly glass. Incoming sunlight is maximized in order to keep indoor temperature at a comfortable level. The unit piece made of timber has embedded white cross, which is the symbol of both Switzerland and Swatch. Reflecting Ban’s philosophy to let materials play multiple roles, the white cross absorbs noise in addition to delivering aesthetic accent. 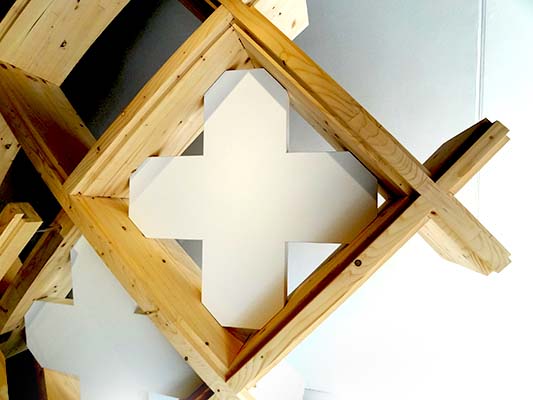 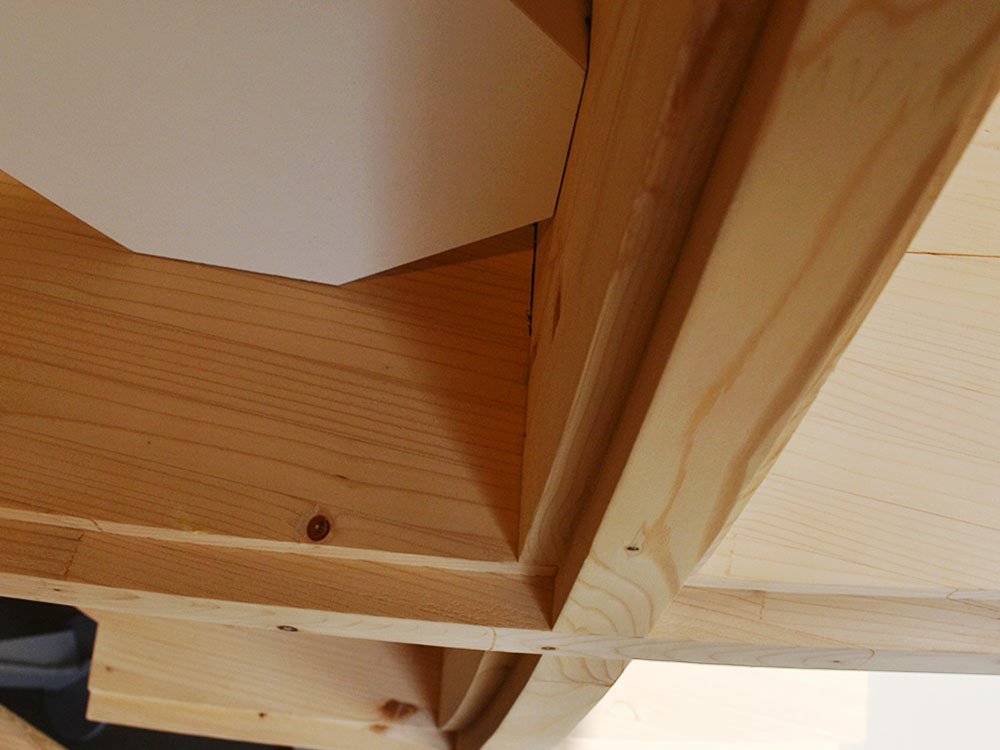 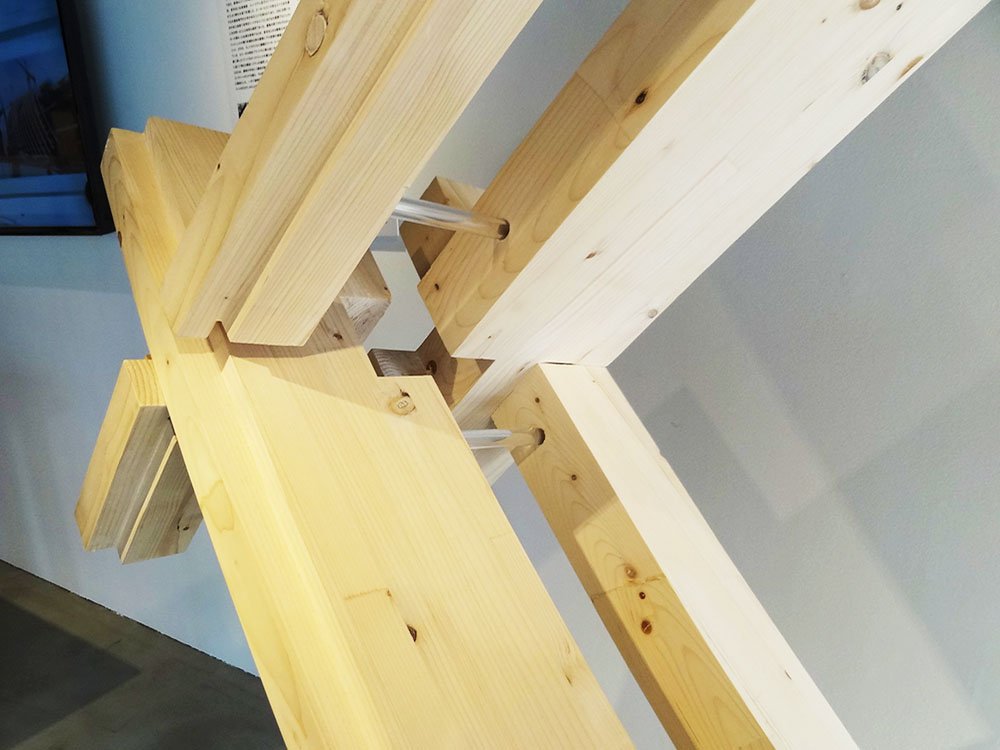 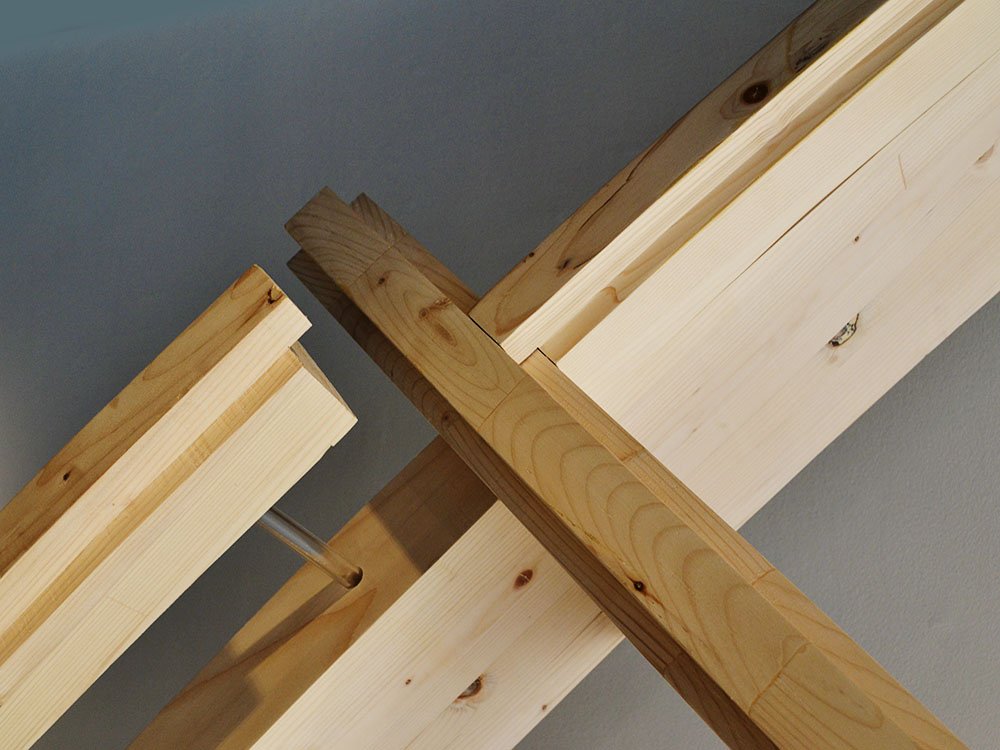 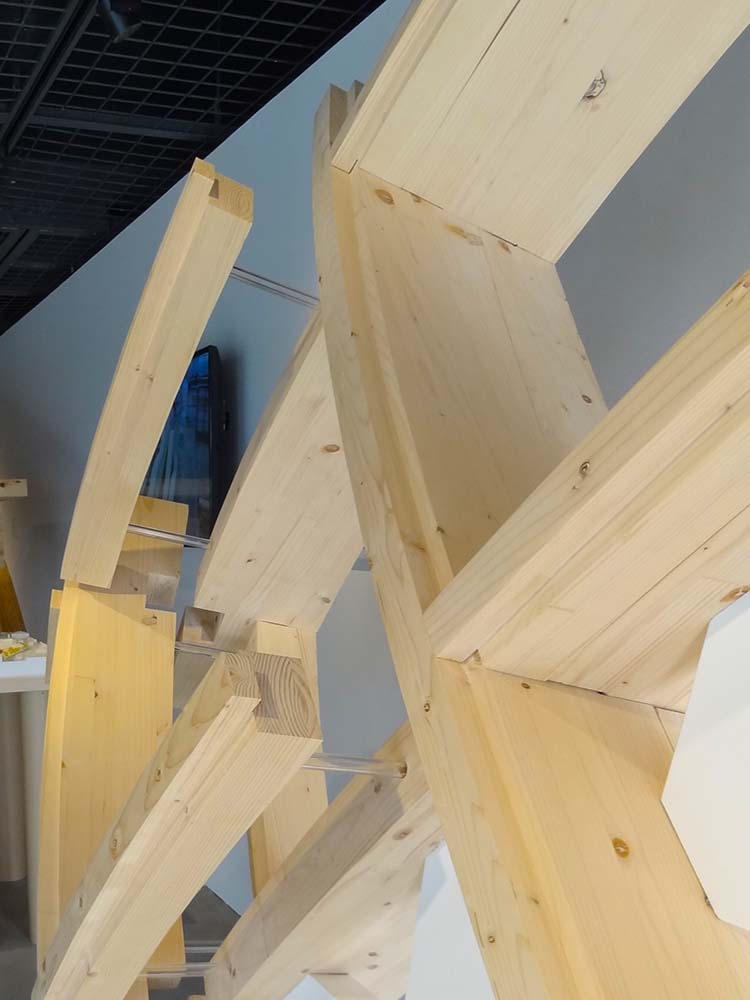 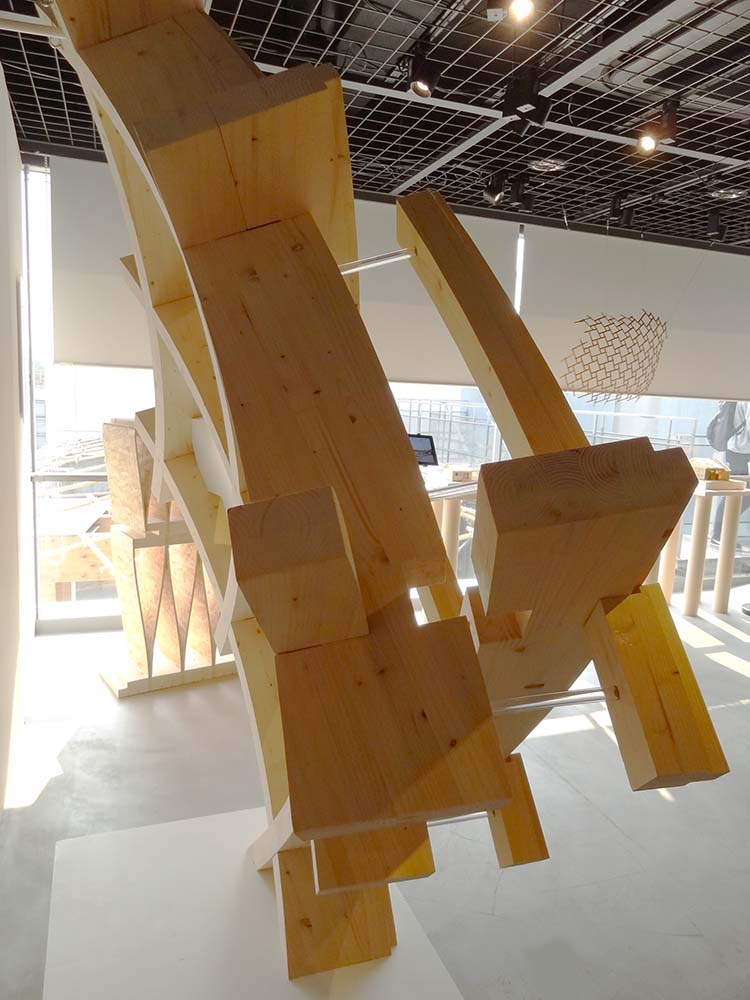 The mock-ups of the timber unit were on display. The curvy surface was very smooth, delicate and sensuous. 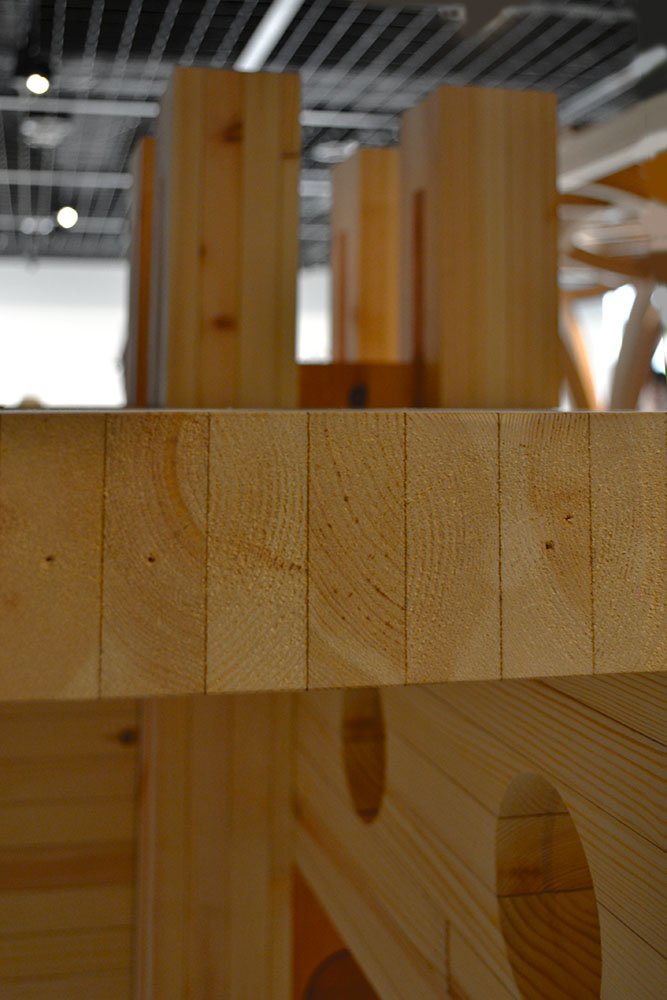 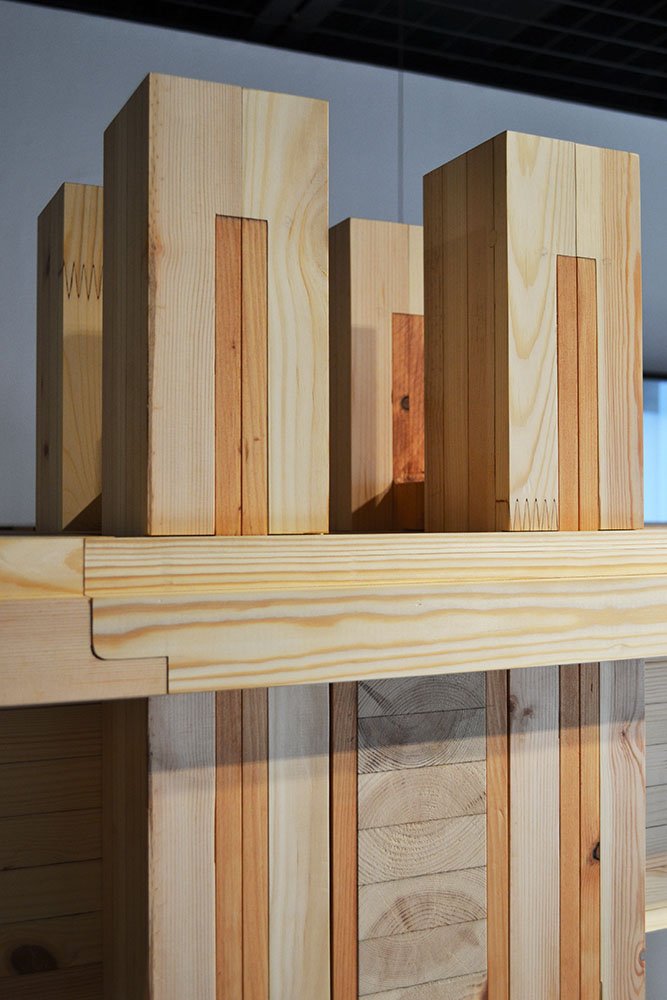 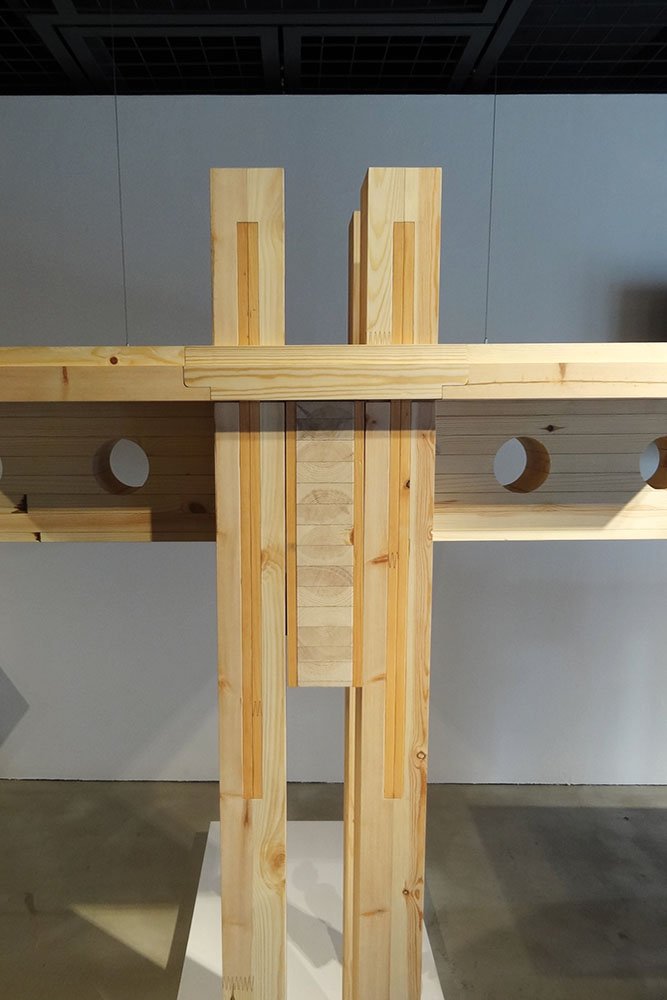 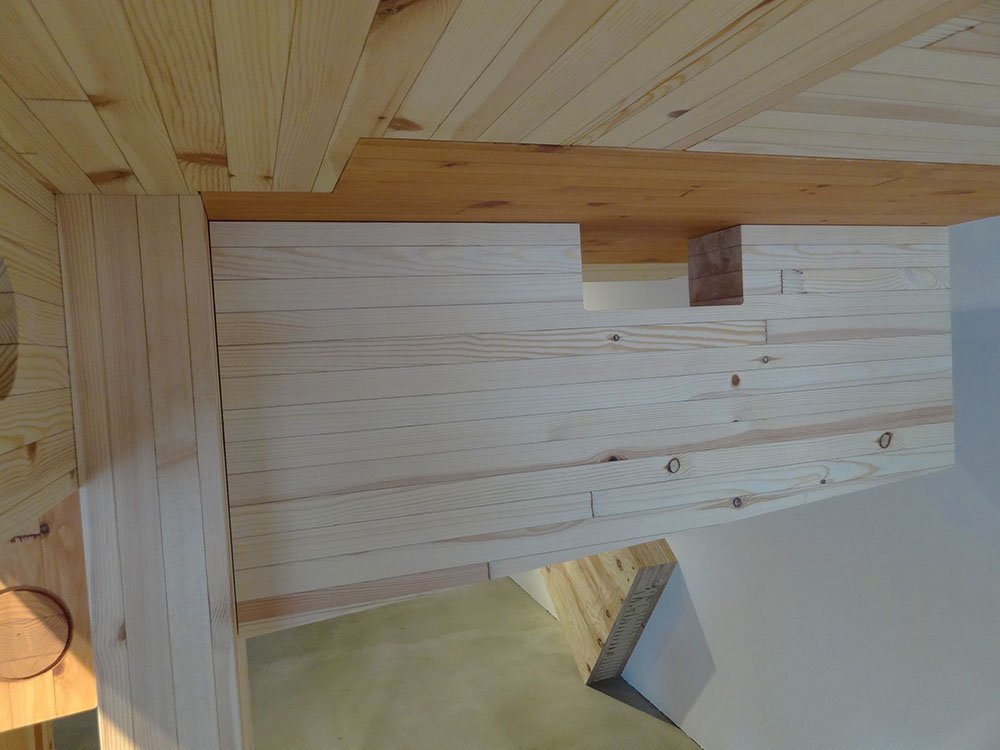