Ancient civilizations in the Americas: mesmerizing power of “less is more”

“Less is more” is a design or aesthetic concept that reminds that additional frills do not necessarily guarantee beauty or happiness. But its principle, or the tension between “less” and “more,” is totally universal that it applies to everything people has done in history. Indeed, the conflict between the desire for “more” and “less,” or the reservation toward it, has been what has made our history colorful and thriving on one hand, but violent and tragic on the other hand.

For the sake of simplicity, let’s think “less” as products of human power and “more” as products of technology. Our familiar economic mantra, such as “more is better,” or “more for less,” became possible only because of advanced technology. If we lose it, we will be thrown back to the state of “less,” which had been the norm for tens of thousands of years in our history. Our body, the only engine to produce things needed for survival in absence of technology, has never been efficient enough to achieve the level of productivity necessary for significant economic surplus, or “more.” Technological breakthroughs over the last couple of centuries finally made “more” accessible to many people, who thrived to create freer, increasingly diverse and vibrant society.

But more technology also meant increased competitiveness. Leveraging it to expand their sphere of influence, “advanced” countries/people significantly improved their weapons during the post-Renaissance era. Not only they competed against neighboring countries with comparable technology level, they also sailed out to other continents and displaced/diminished indigenous nations that had been operating without modern technology. Europeans started arriving at the American continents in the 16th century and conquered local cultures that had been flourishing for thousands of years based on what nature bestowed people and what their physical capacities allowed them to achieve. Guns defeated arrows and spears made of animals bones, and “more” prevailed.

Thus our perception was cemented. “More” is about affluence, victory and superiority. “Less” is poverty, defeat and inferiority. Technology is efficient and mighty, so we need to let it do the job to win. There is no point to hang on to “less” unless you want to become a loser.

But then, the concept of “less is more” kept surfacing and re-surfacing during our history, whenever such perception was in doubt. Japanese aesthetics “wabi-sabi,” which is considered to be one of the oldest manifestation of minimalism, emerged around 15th century when the country was in a severe civil warfare over economic surplus. The Dutch art movement “De Stijl,” which initiated the modern minimalism, was a reaction to the destructive effect of modern technology during WWI. German architect Mies van der Rohe, who is widely recognized as the father of “less is more” design philosophy, had to flee from Nazi Germany in the wake of WWII, which became even deadlier than WWI because of more technology.

On the American continents, the civilizations of “less” – completely human-powered ones – were destroyed by deadlier modern technology. But we are still so fascinated by what they have left. 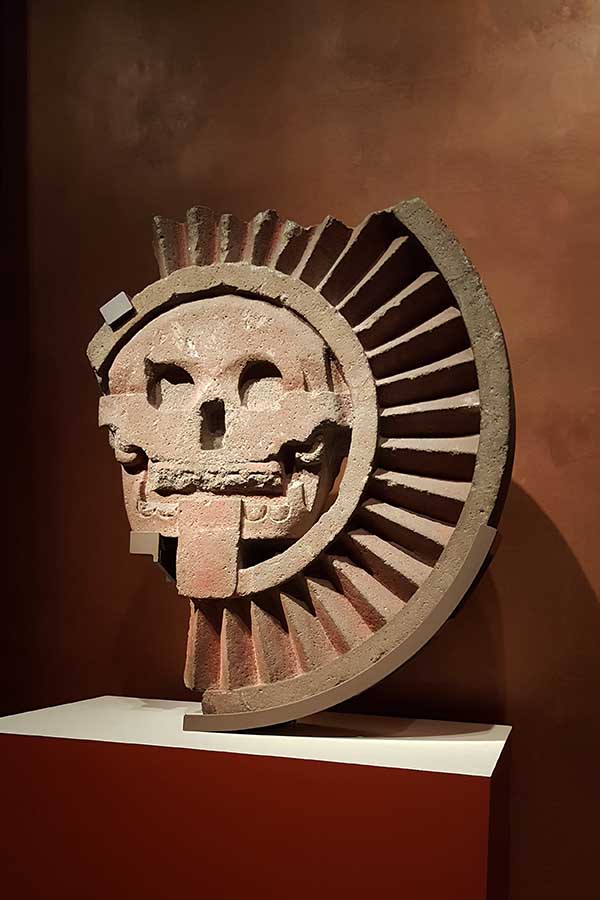 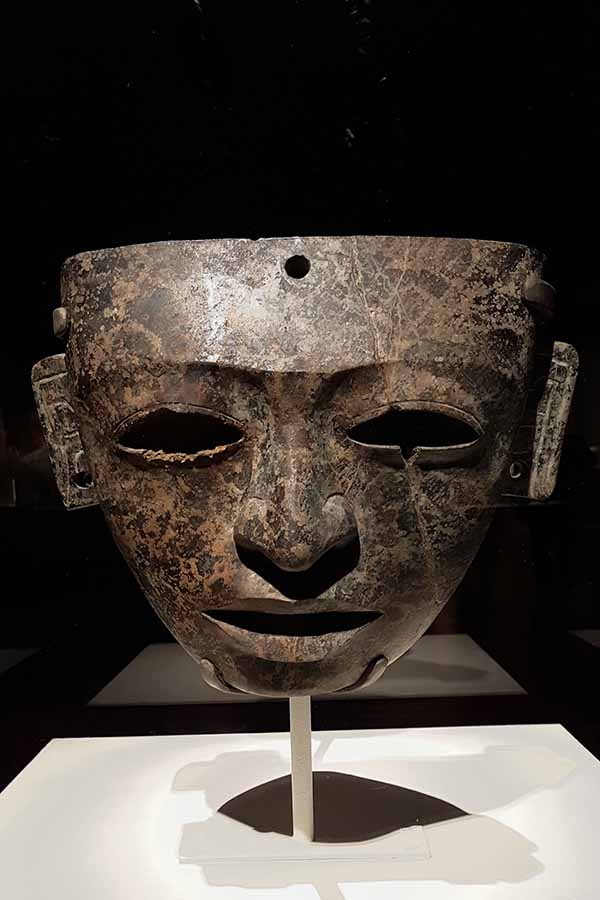 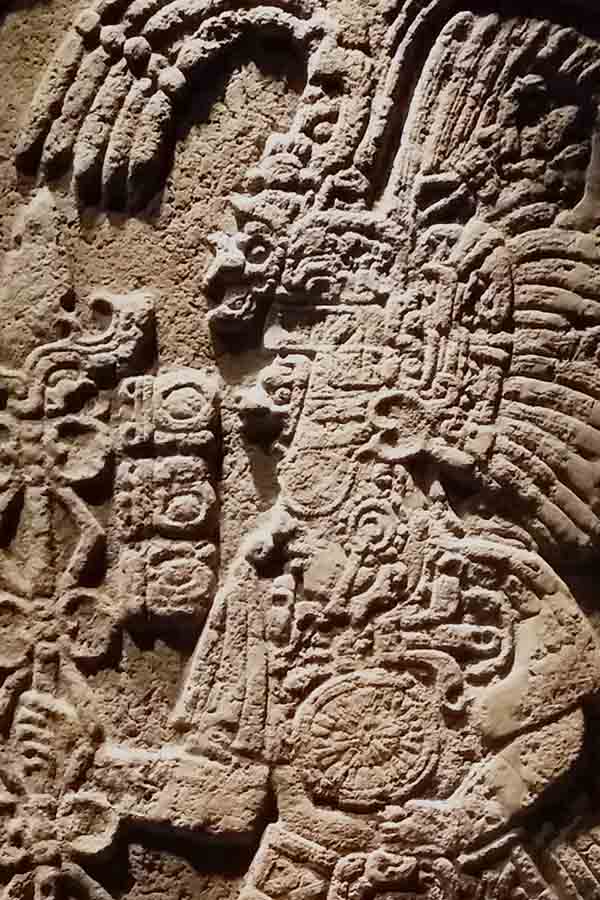 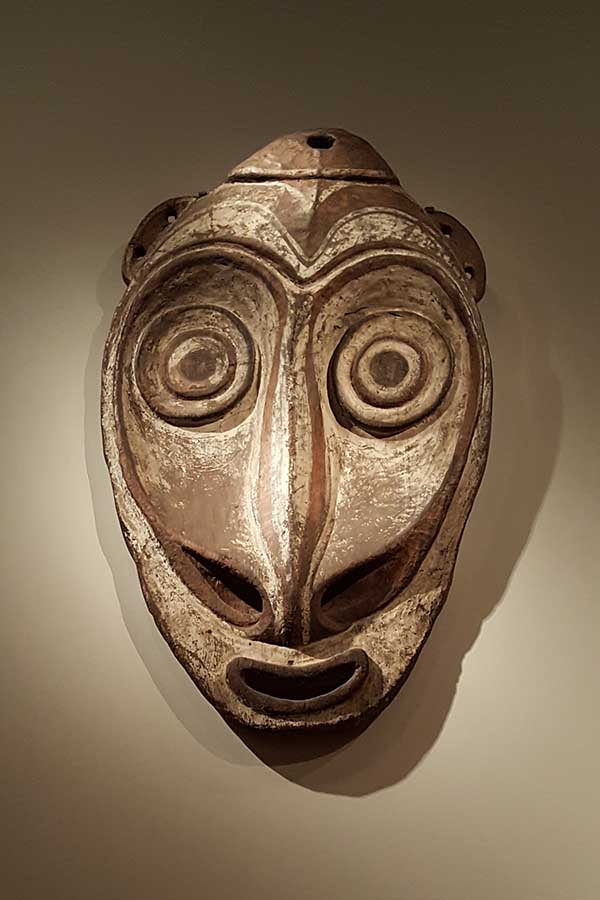 The power of ancient civilization is undeniable. We still feel mesmerizing energy, which is almost intimidating. But the confusion arises when we start reasoning why we are so impressed and moved by them. The easy answer that deceives us: we are amazed to see how those people with “less” – primitive, untamed, barbarian people with no education nor technology could accomplish so much. That we, modern, advanced and intellectual people can still learn from them.

But of course this is missing something fundamental about the relationship of “less” and “more.” I wrote earlier that it’s assumed that “more” is the product of technology for the purpose of this discussion. While the sheer amount of economic surplus and high level of competitiveness may define a “more” culture, it’s not without its vulnerability. “More” culture inevitably divides people – and does so sharply – into progressive and regressive. And it’s not about political view or or social status: it’s about people’s physical/cognitive potential. In a “more” culture, we only need a handful of smart people/strong leaders to make inventions and innovations to happen. Others can “free-ride” and bask in the benefits of what “progressive” people brought about, and forge using their own power. When you are a beneficiary of technology, you are most likely making your own abilities regenerate/regress by not using it. Out of sight, out of mind. Even when you think you are accomplishing something, in reality often times it’s the technology that is doing the task, not you. (How many of us can build a fire from scratch, if there was no oven, gas or electricity?) “More” culture can make individuals less resilient.

What really awes us in ancient civilizations is people’s boundless resilience and independence as an indivisual creator and fighter. We need to ask a question: “what would I – meaning you minus technology – do or can I do if I were in their shoes in front of overwhelming power of nature?” How would I survive, and how would I send a message about the ultimate meanings (or meaninglessness) of life, death, and ever-lasting nature, if there were no books, no pens/papers, no tillers, no bulldozers, no religious systems?

Tthe ancient city of Teotihuacan – located approximately 25 miles northeast of Mexico City, Mexico – started growing around 300 BCE and saw its pinnacles during the 5th century. It declined afterwards, and completely vanished (burnt down) around the 8th century. Although its rise and fall are still surrounded by many mysteries, it is believed that Teotihuacan was a multi-ethnic city that supported as many as 150,000 – 250,000 people at its peak. It was also a city of the Feathered Serpent, powerful deity in Mesoamerica (as known as “Quetzalcoatl” in Aztec culture), that symbolized the connection of overwhelming/unattainable nature (as sky that could be reached with feathers), people (as snakes on the ground), the underworld beneath it, and natural phenomena such as wind and rain that brought people blessings. It is mesmerizing to imagine that, in absence of modern science or technology, people would still make sense of the vast universe, which is a chaotic system, by effectively placing supernatural or metaphysical existences between the place they lived and the outside areas they didn’t have access. 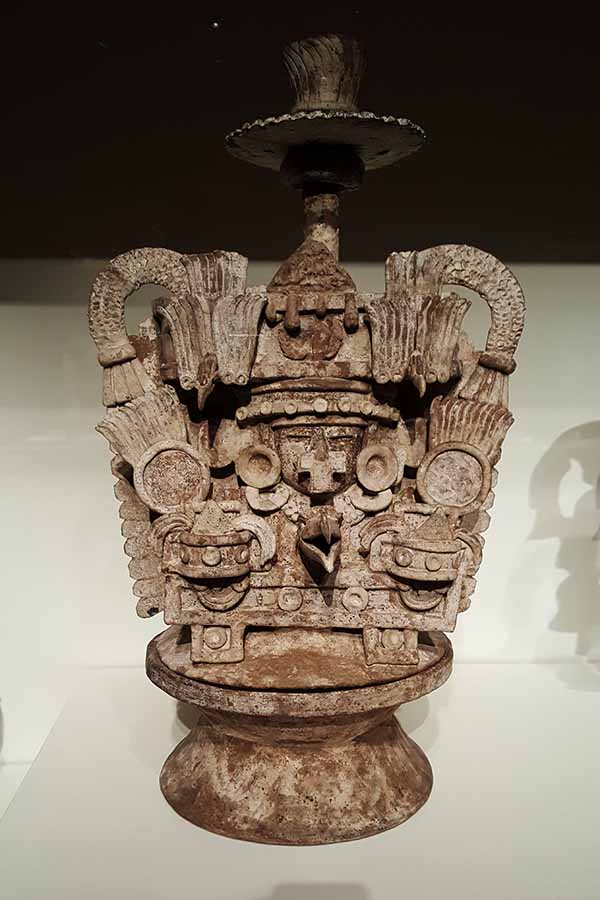 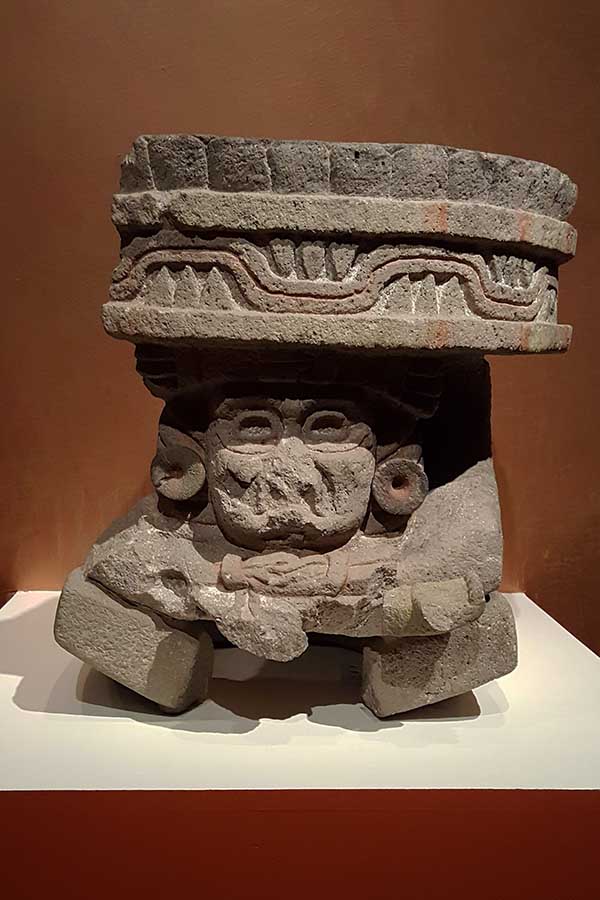 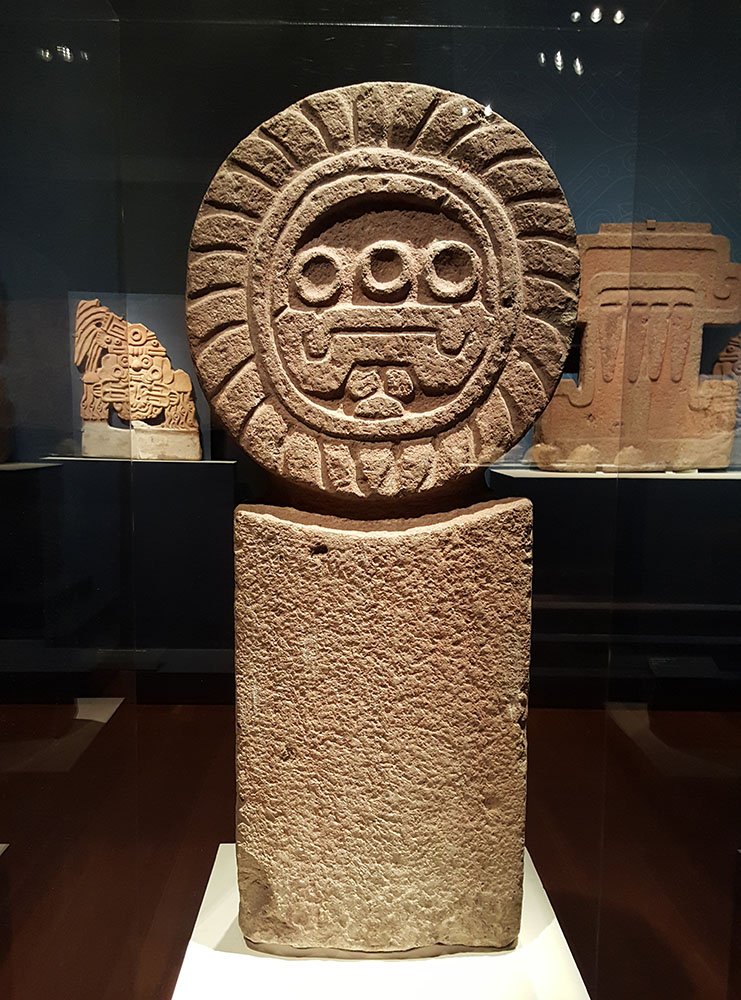 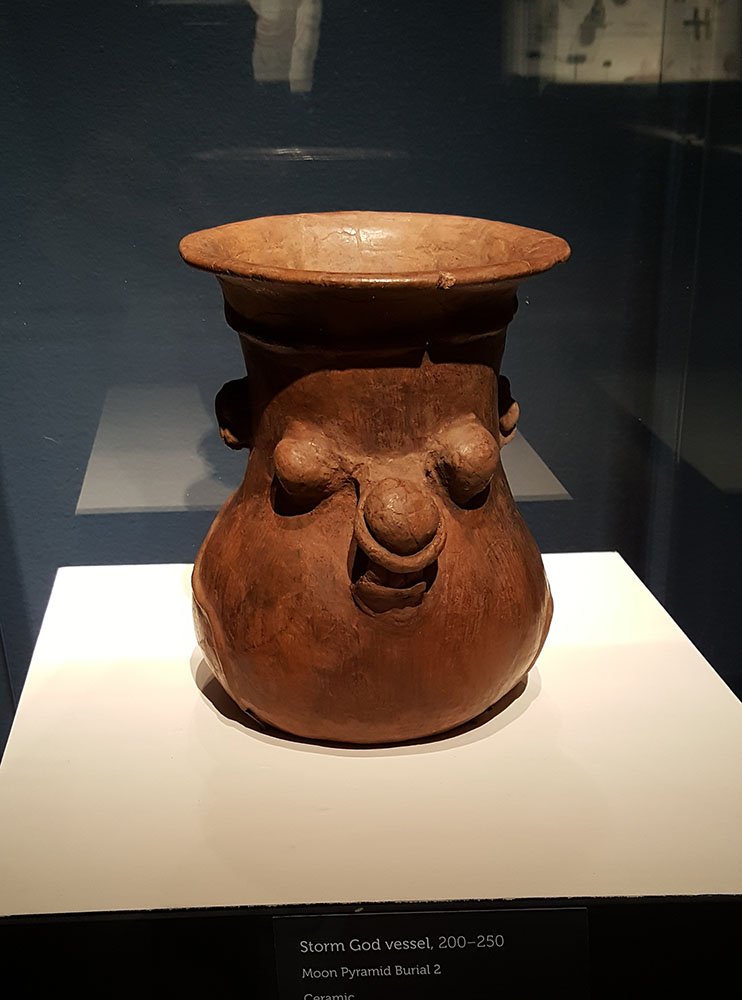 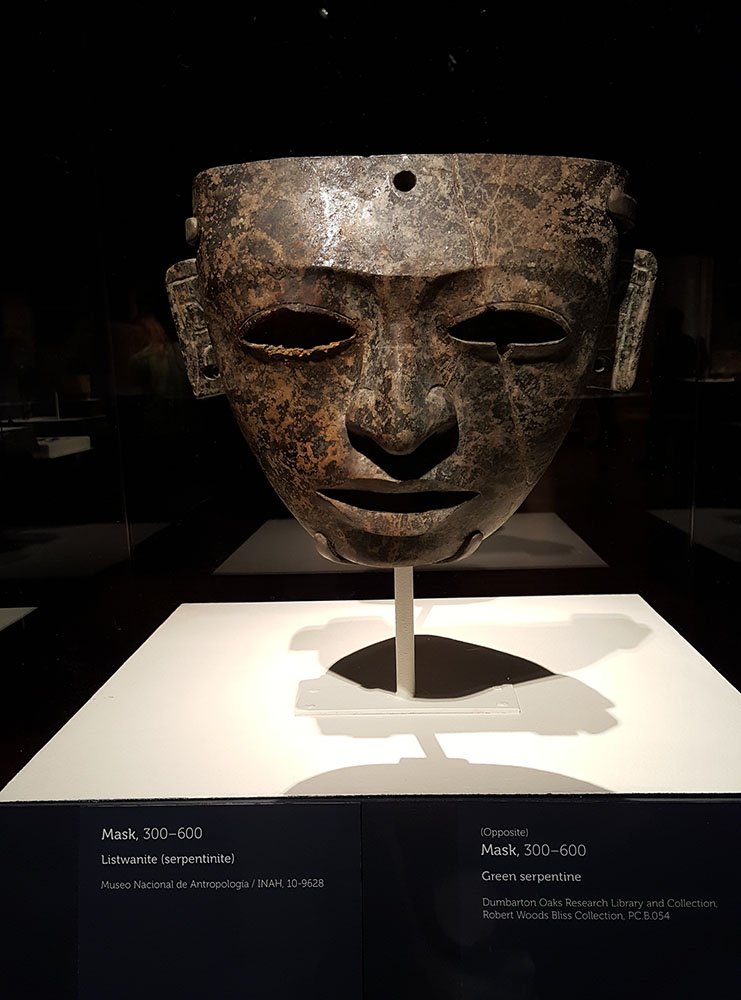 Maya civilization prospered in the regions that included the Yucatán Peninsula, the highlands of the Mexican state of Chiapas and southern Guatemala. Its Classic period (250 – 900 AD) is roughly the same as Teotihuacan’s heyday, but unlike the Teotihuacan, which completely disappeared after its collapse, Maya cities remained strong after the decline of the Classic period until they were finally conquered by the Spanish Conquistadors in the 16th century. We all know that Maya had highly sophisticated writing system and the famous Mayan calendar. Maya people observed and recorded the moves of the Sun, Moon and other stars very diligently and accurately, combined them to come up with a very sophisticated calendar which dictated their rituals and practices. It is shocking to be reminded that our own naked eyes can be more accurate than telescopes in measuring the angles of rising/setting planets relative to our own. 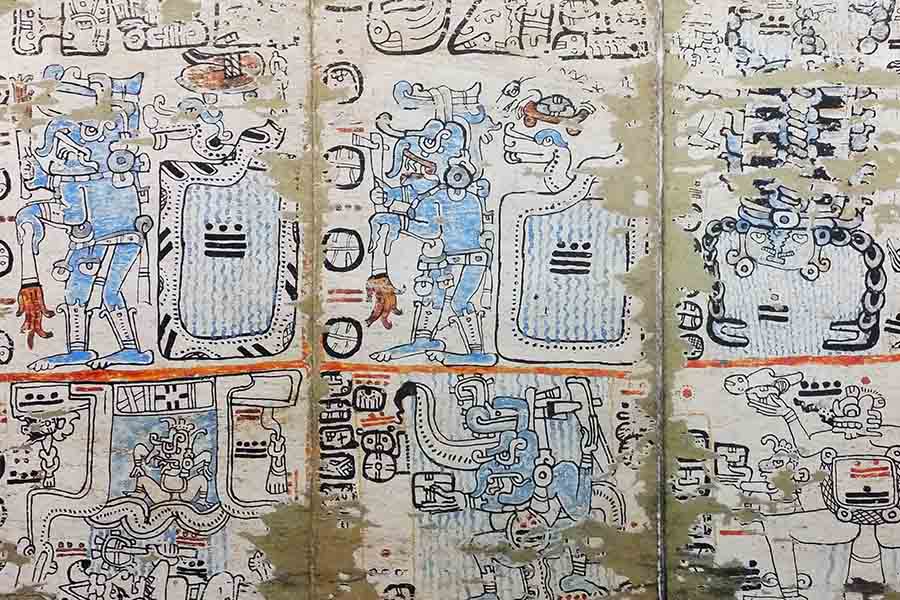 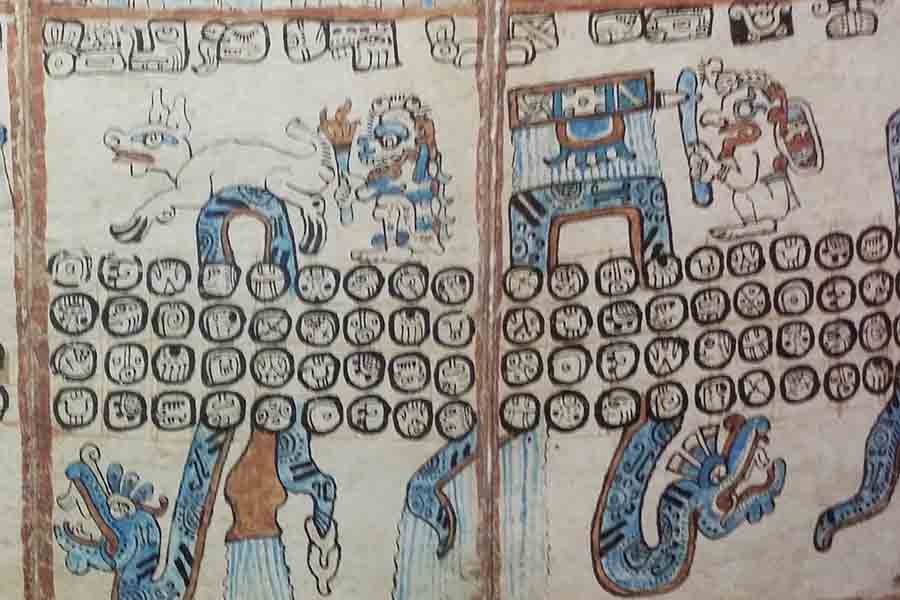 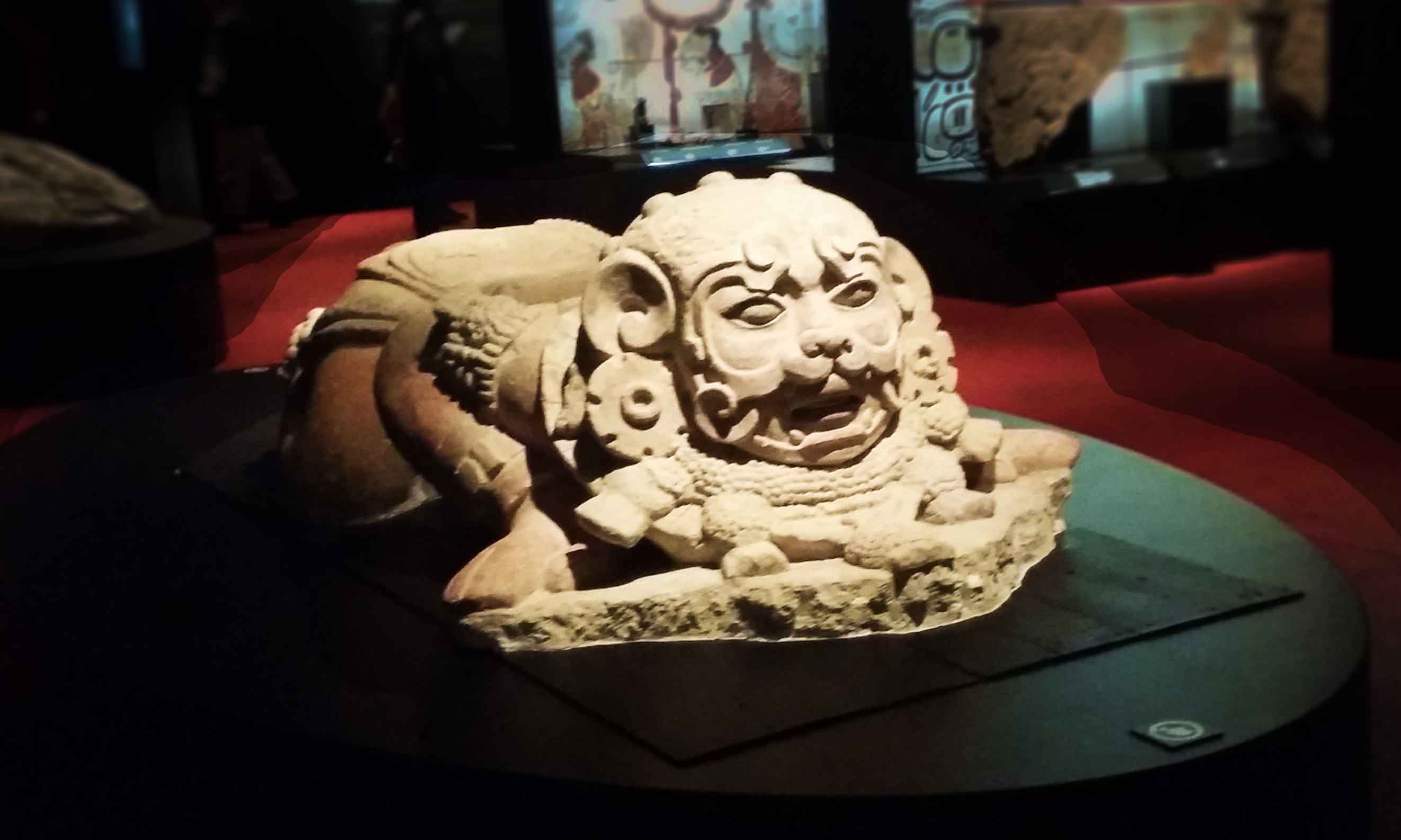 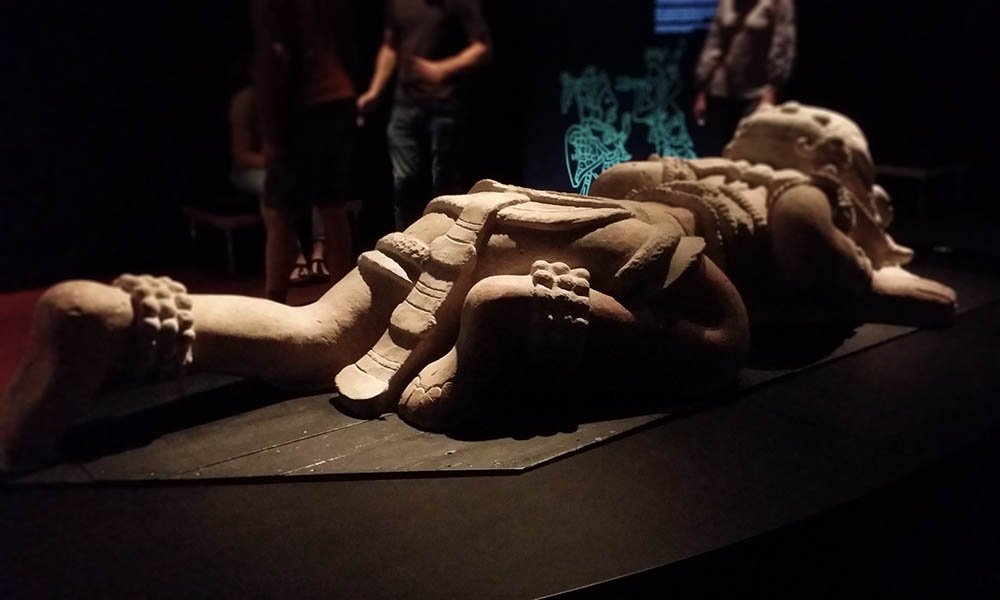 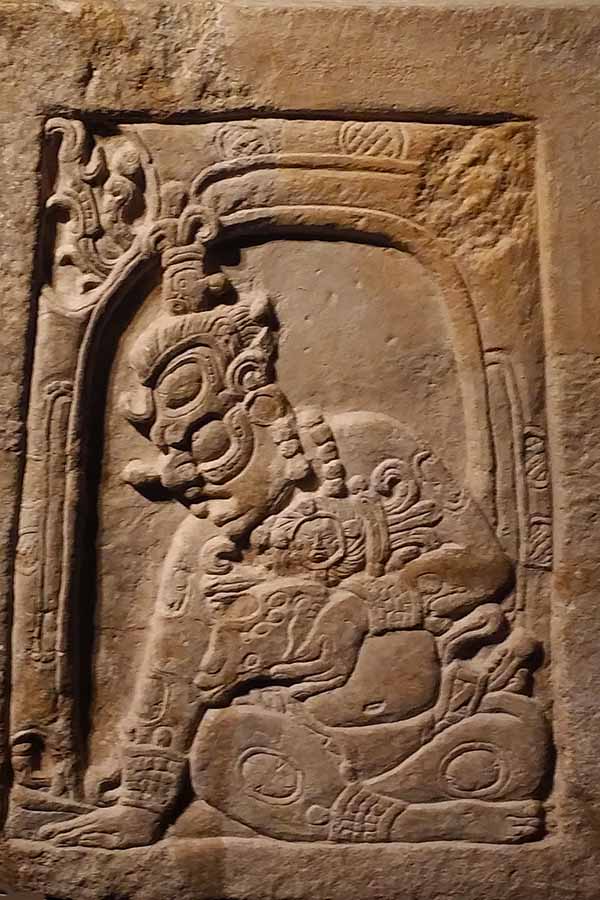 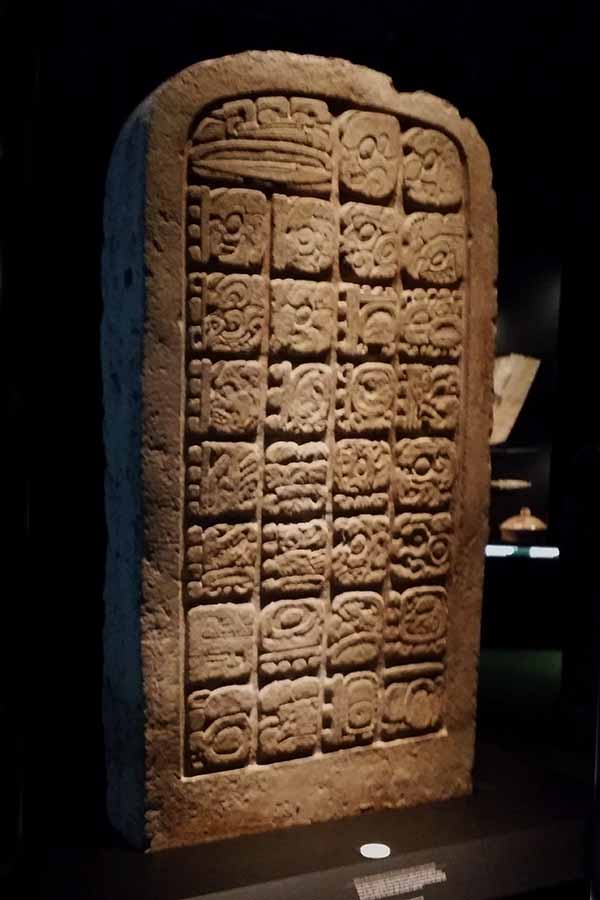 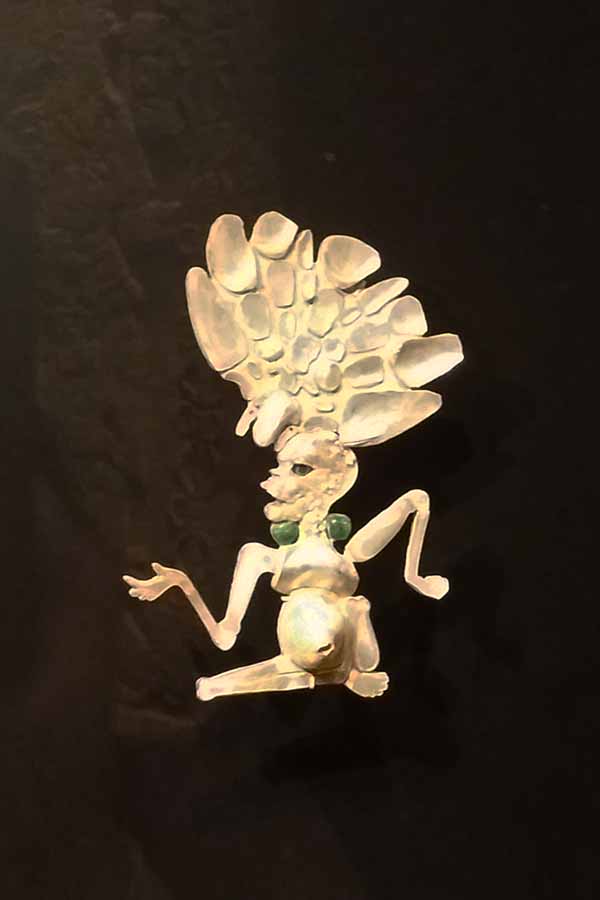 A variety of “first people” tribes lived in the American continents, including Northwestern Coast of North America. Those people made totem poles to celebrate family lineage, spirituality, sacred or mythological beings or animals. “Up” has been one of the strongest desires among indigenous people, therefore erecting something large and straight mad many meanings. Erecting was connecting yourself and something that was far, bigger, above and beyond your control. It is this consciousness that accept the fact that nature or natural phenomenon can be much more powerful and uncountable that made ancient people resilient. Knowing your limits means maximizing your potential. It is interesting to observe that ancient people don’t seem to have been interested in how they looked: instead they seem to have been obsessed by emphasizing certain parts of the body or face, or blending human with other creatures that had abilities that lacked in them such as the ability to fly, jump high or run fast. In a harsh environment, they were always focused on things that were much bigger than their ego. Isn’t it what we call abstraction? 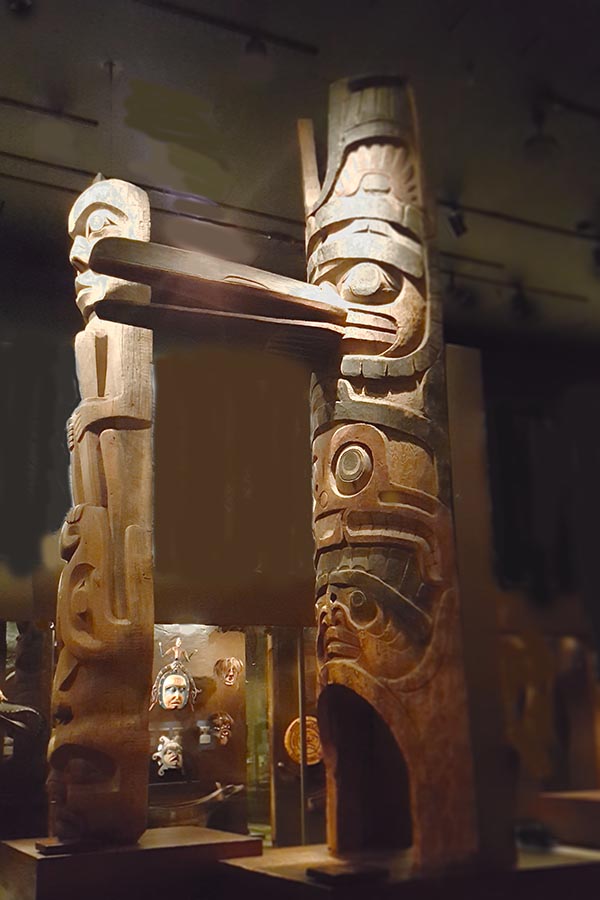 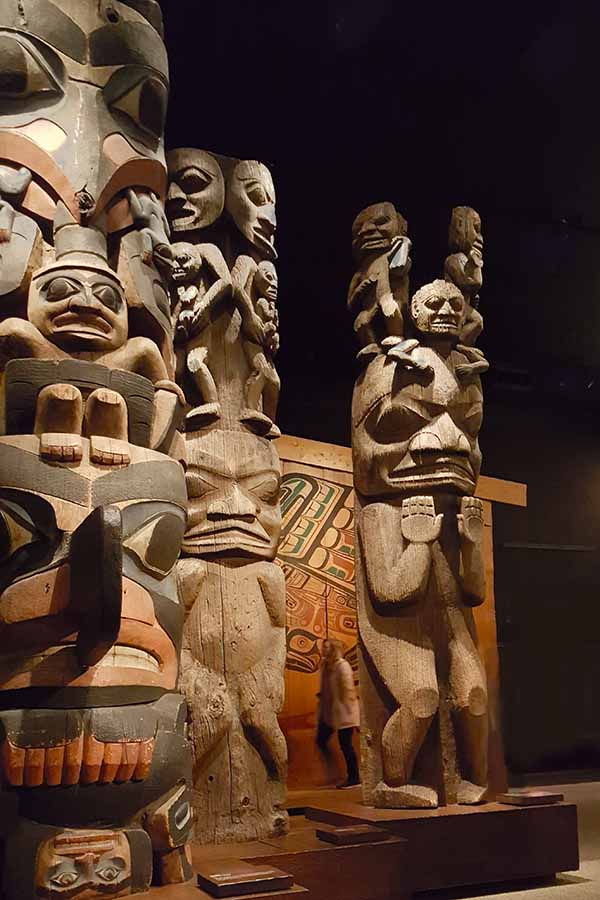 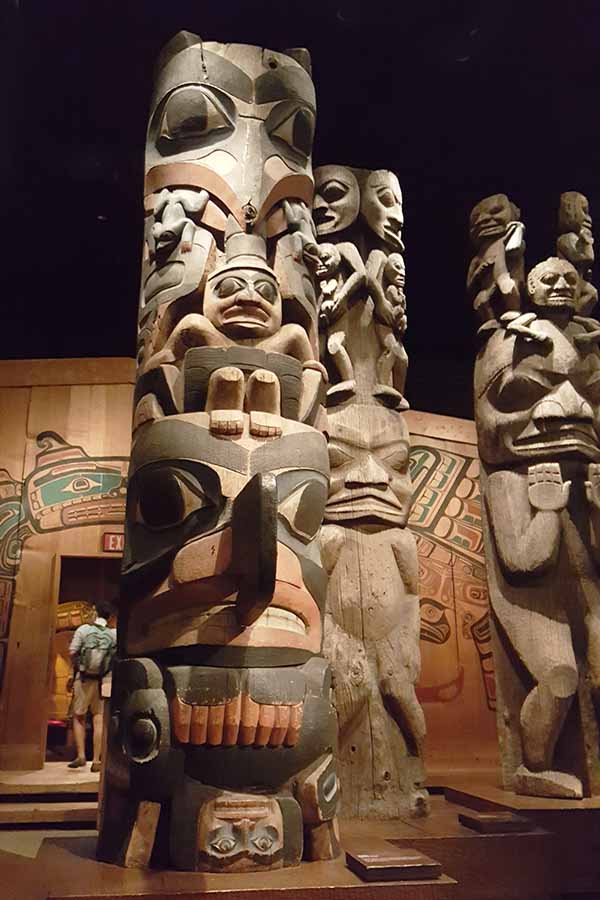 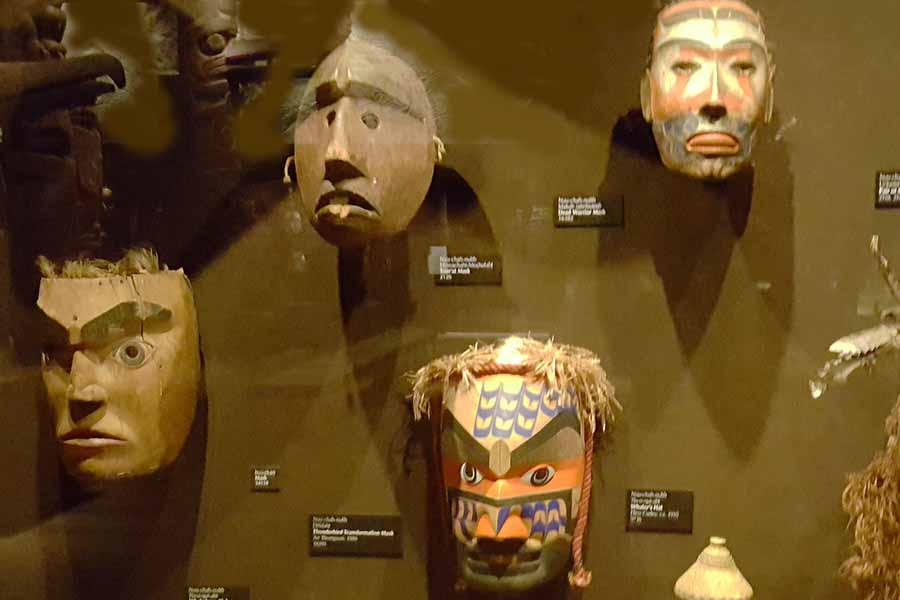 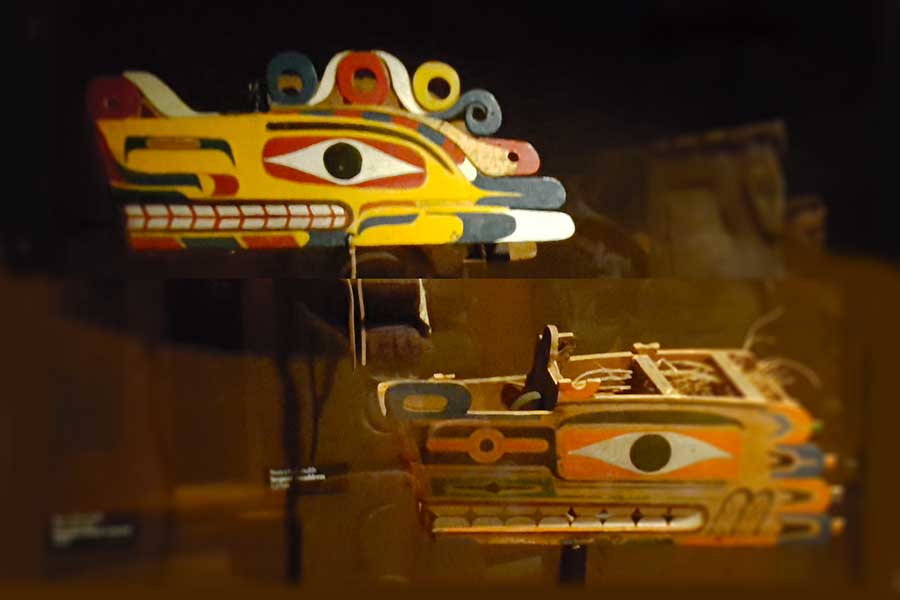