With Harajuku co-designed by Toyo Ito

Tokyo is a metropolis that is masterfully interconnected by trains and subways. Large stations draw hundreds of thousands of passengers a day, making surrounding areas massive shopping/commercial hubs. People would hop on a train to visit different areas for different purposes, as each station and its vicinity used to have unique culture, heritages and specialty businesses owned by local people. But they are increasingly looking similar, as large land developers have been busy re-developing stations after stations, converting them into character-less large concrete malls that look the same no matter where they are. Harajuku – which became a global pop culture hub as celebrities such as Gwen Stefani featured it – is one of the few remaining large commercial areas in central Tokyo that keep some unique local atmosphere; it’s a town of “kawaii” culture that attracts many teenagers and tourists.

When Harajuku Station was renovated, the area across the station was converted to a large shopping complex, and architect Toyo Ito co-designed it with Takenaka Corporation. He was determined not to make it yet another huge concrete boxes that completely disconnect shoppers from the surrounding environment.

“Long before the modern development, this area used to be a hilltop. You can still feel that it’s down hills toward Takeshita-dori (narrow but very busy shopping street next to the complex). I wanted visitors to feel and enjoy the original geographic characteristics.” 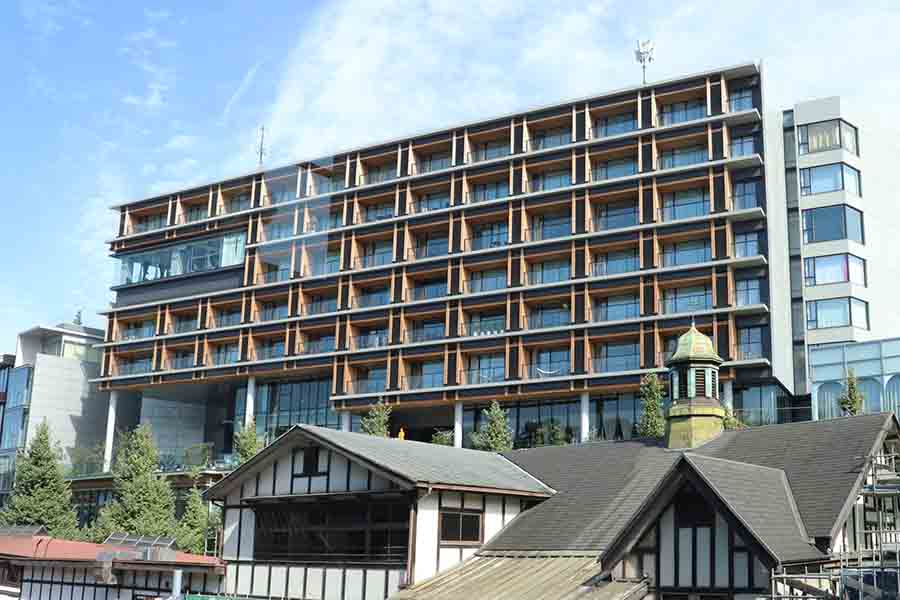 As he left uneven levels as is, he introduced a lot of passages/pathways/corridors that connected different shops and zones so that visitors could feel like walking through old town Tokyo with its original landscape which had narrow, crisscrossing yet busy/vibrant lanes like a maze. Unlike monotonous concrete surface, the ground feels much closer and walking becomes a pleasant experience. 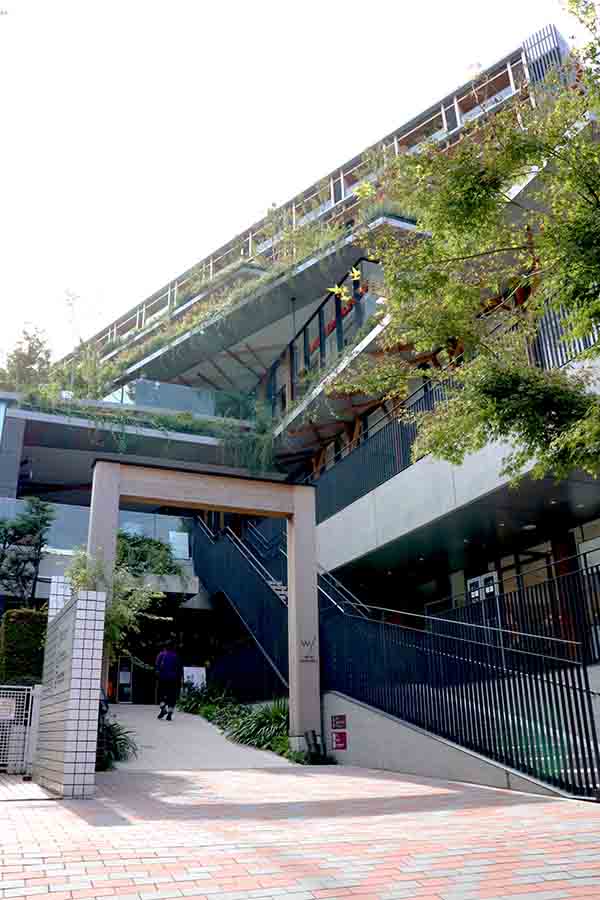 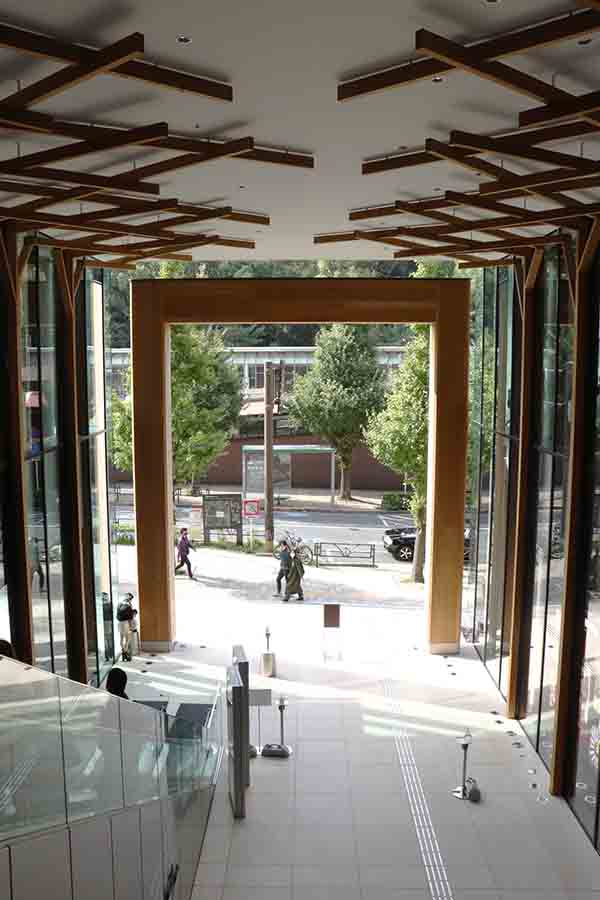 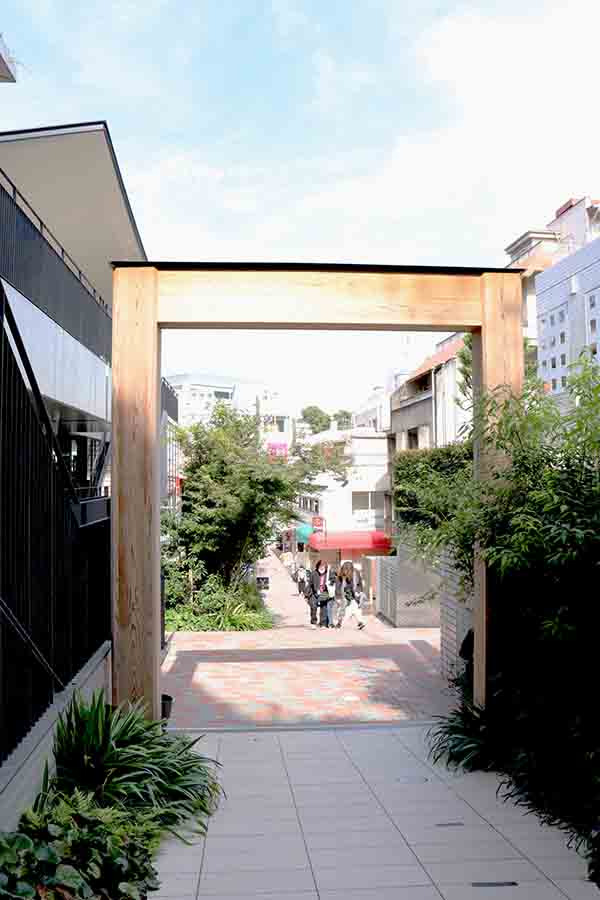 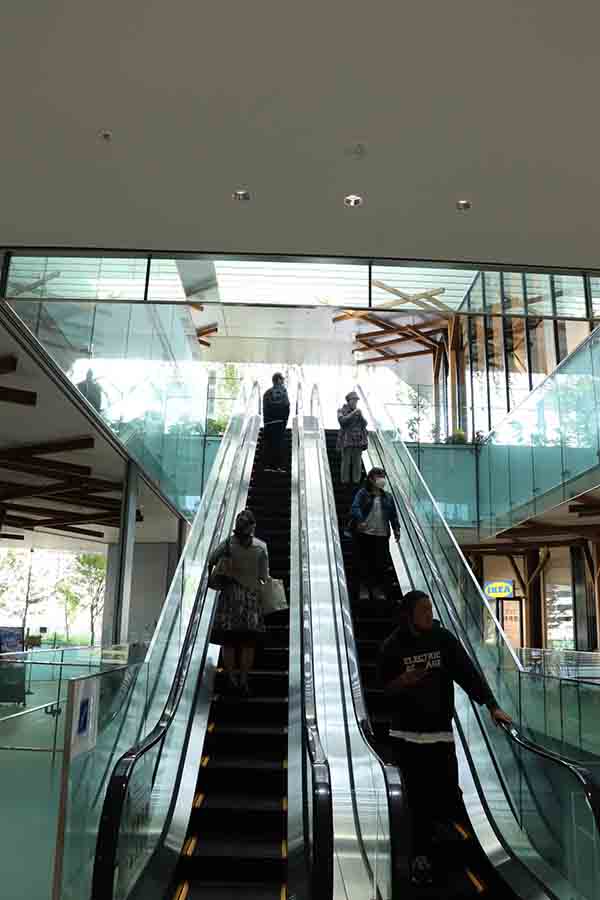