Takashi “Superflat” Murakami is a prolific artist, producer and entrepreneur, a rare combination for a Japanese artist. As he has been actively involved in commercial endeavors worldwide, even non art-lovers know his works through Louis Vuitton’s “Monogram Multicolore” series (with Marc Jacobs) or artwork for Kanye West’s album “Graduation.” He also made headlines when his sculptures, including an anime-inspired “Miss Ko2 (pronounced “koko”)” and “My Lonesome Cowboy,” sold at very high price; the latter was auctioned for $15.2 million at Sotheby’s. 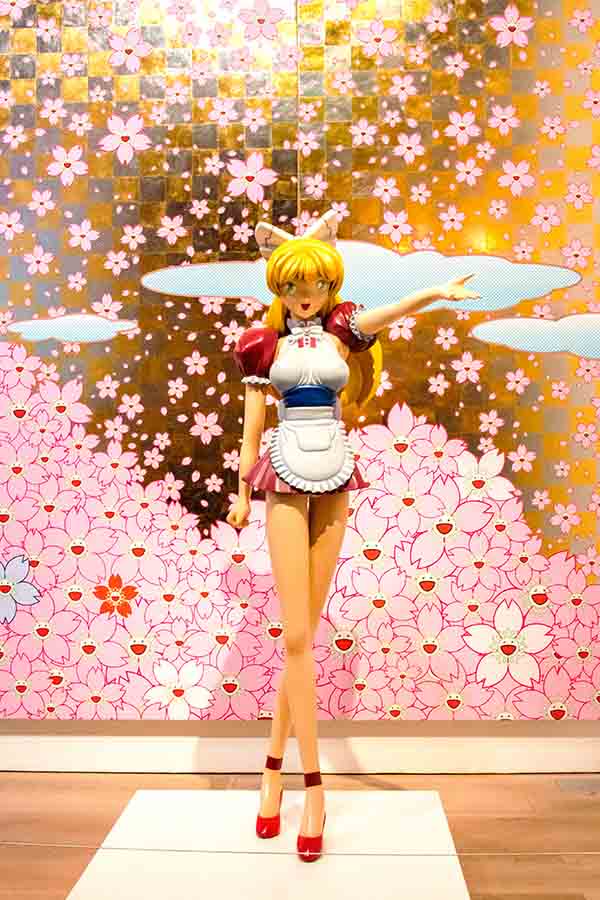 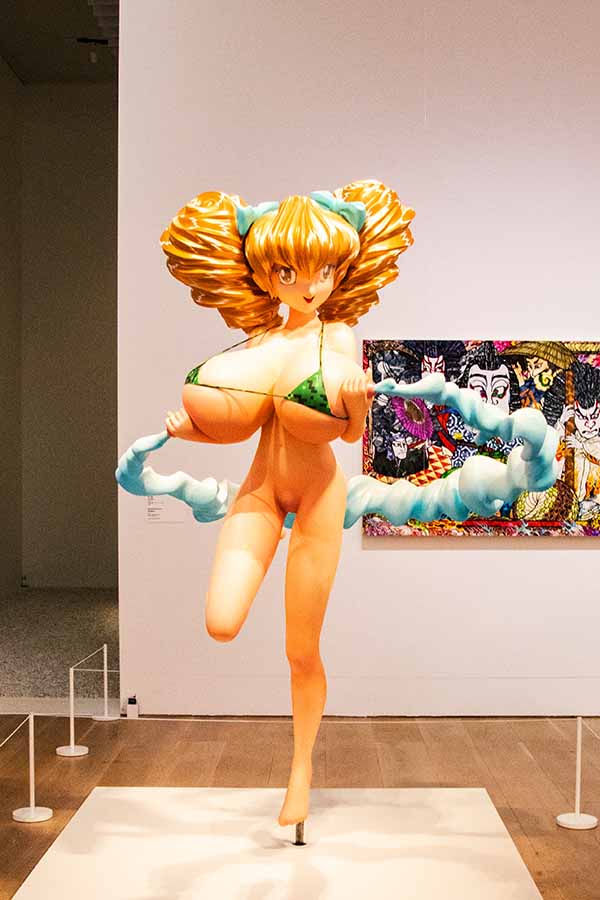 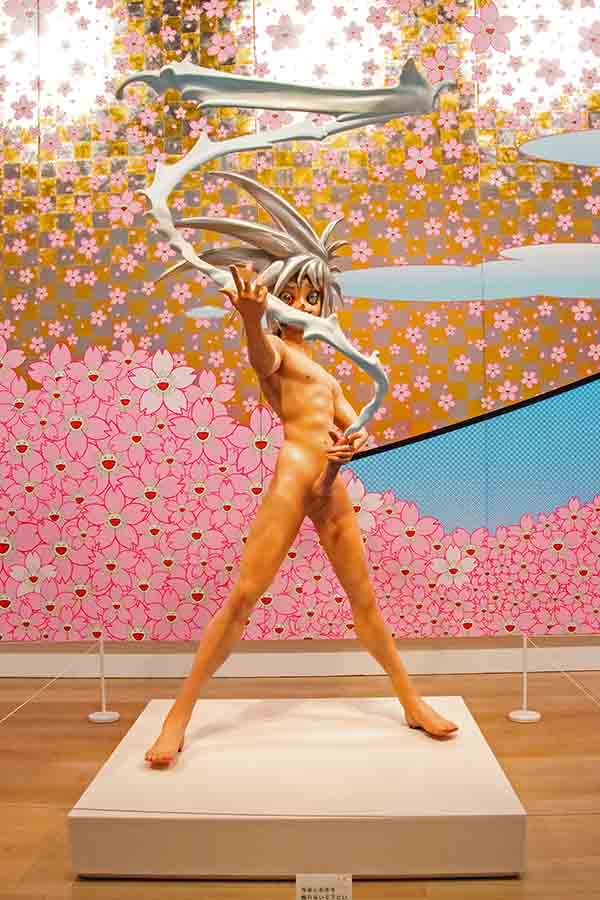 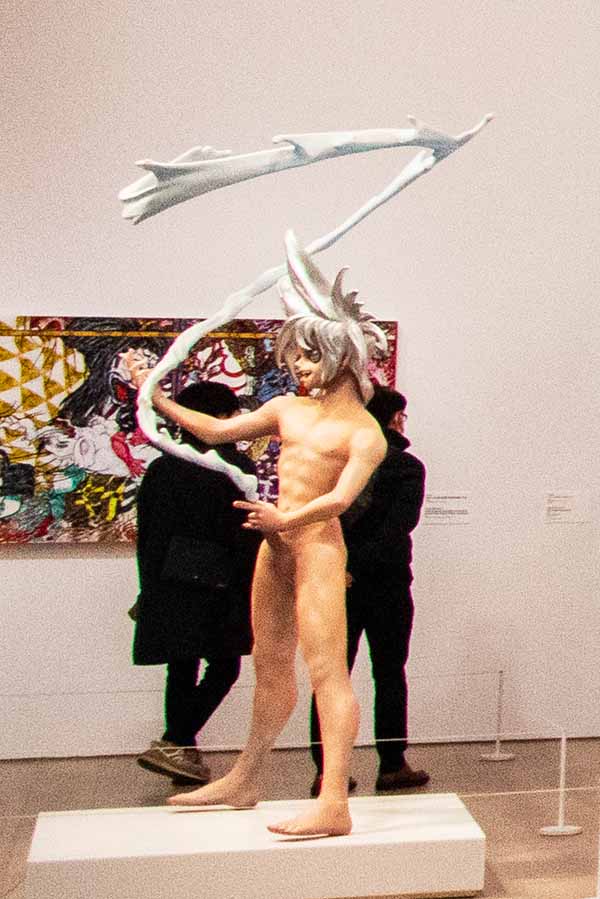 His unconventional energy, his creations that embrace “low” art such as cartoons and the Japanese anime/”otaku” subculture, and his ambition in commercial arenas have made him a global figure while stirring controversy, especially in his home country. As you can imagine, people often compare him to Andy Warhol, and just like Warhol, Murakami’s world is intriguing yet baffling – is it legitimate art, or overhyped fake art? It would be fair to say that Murakami is still part of the “pop art” movement five decades after Warhol since mass commercialism – the bedrock of pop art – is stronger than ever today. And as mass commercialism has evolved, so has pop art. Murakami pushed it further to originate the “Superflat” movement, his own artistic concept and creative manifesto.

There are some important aspects that help explain what “Superflat” is all about. But first I would like to point out how the Japanese use the word “flat” (which was imported from English obviously) to describe doing or seeing things in an unbiased way or without worrying about each other’s position or status. For example, in a “flat relationship” you can express yourself freely without worrying about upsetting your partner because you know that he/she treats you fairly. It becomes interesting when it’s combined with some originally negative notions. “Flat,” at the end of the day, is a surface that is completely even. It can mean a no-barriers environment in which everyone/everything can compete fairly, but it can also mean a boring homogeneity in which no one or nothing stands out. If “superflat” somehow predicted where our world was going, it may be true that our society is becoming “flatter” at a global scale for the sake of efficiency, which is what mass commercialism loves. In any case, the flatness in Murakami’s “Superflat” embraces:here are some important layers to understand what his “Superflat” is about. But I w

When Murakami originated the concept a couple of decades ago, he focused on the flatness of Japanese society and art as a unique strategy to appeal to a global audience. However, 20 years into the 21st century, global cultures are becoming increasingly homogeneous as everything is shared throughout the world instantaneously; global companies sell the same popular products everywhere and communities are developed/operated in the same manner. Superflat may no longer be only about Japanese culture.

As the STARS exhibition focused on artists’ early works as well as recent pieces, pay careful attention to the year each piece was created – for example, the 90’s versus 2020. Murakami tells us: “I am focusing on going beyond the artistic context I’ve created so far without disappointing fans. Artists’ value is determined after they die. I am in the middle of envisioning future fans, as I want to create artworks supported by solid concepts and images that will still be relevant 100 years after I die.” 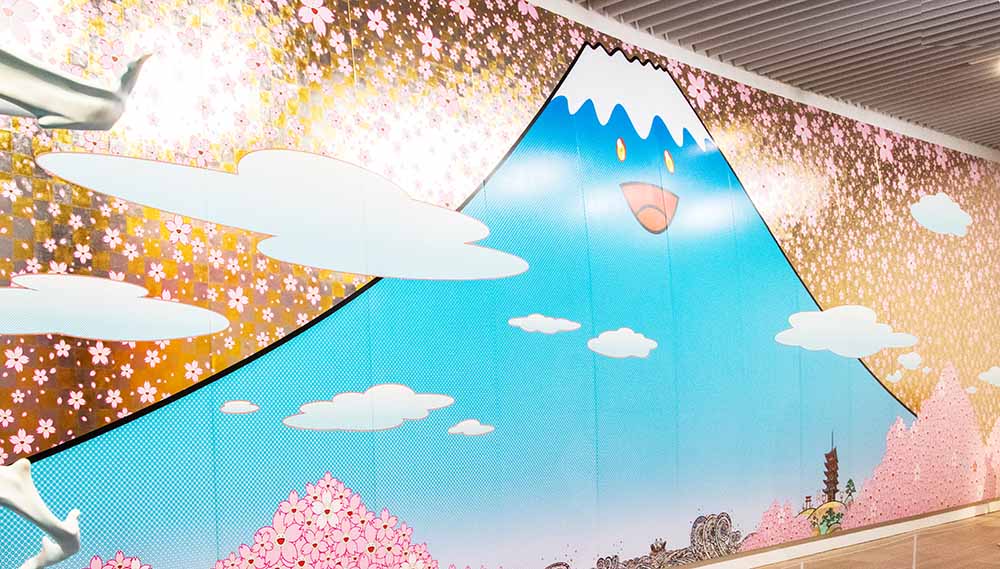 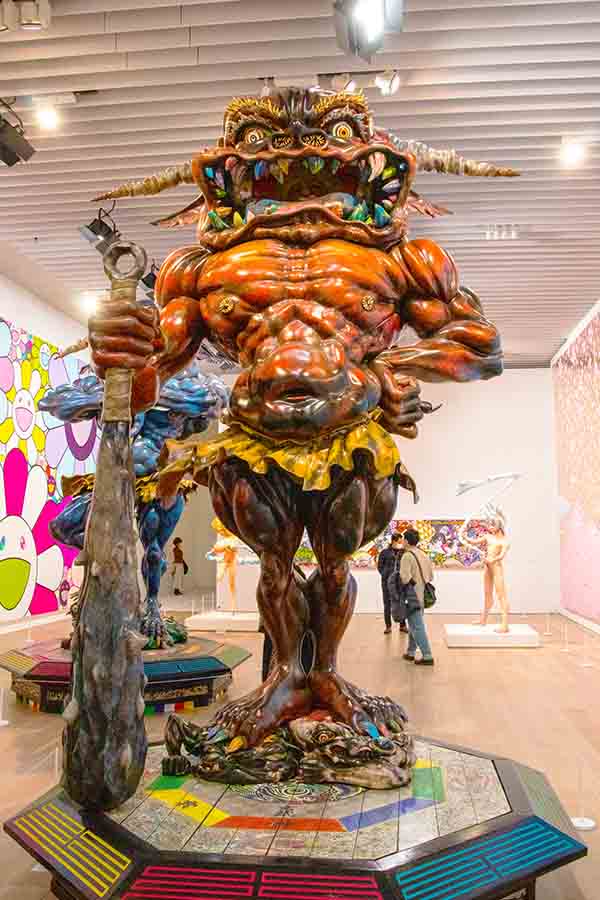 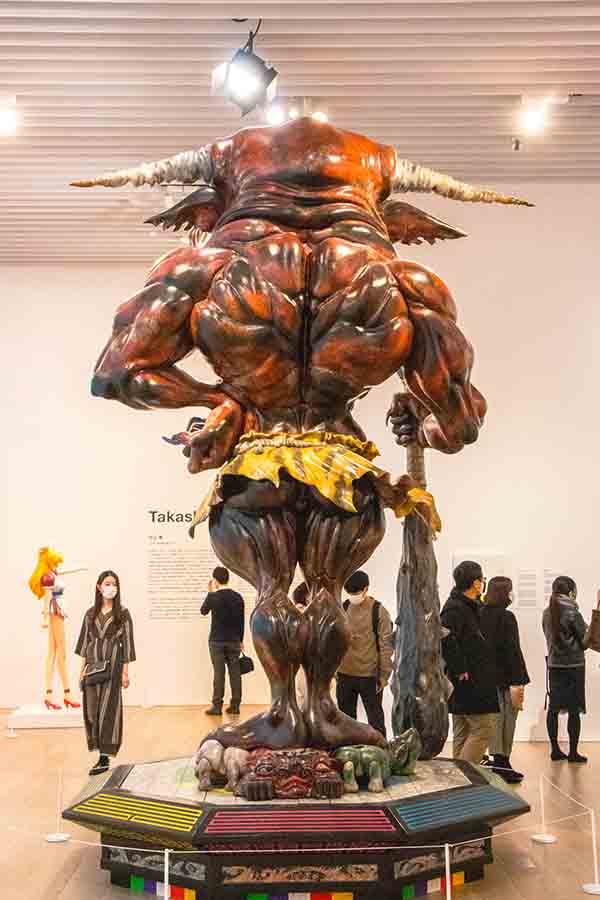 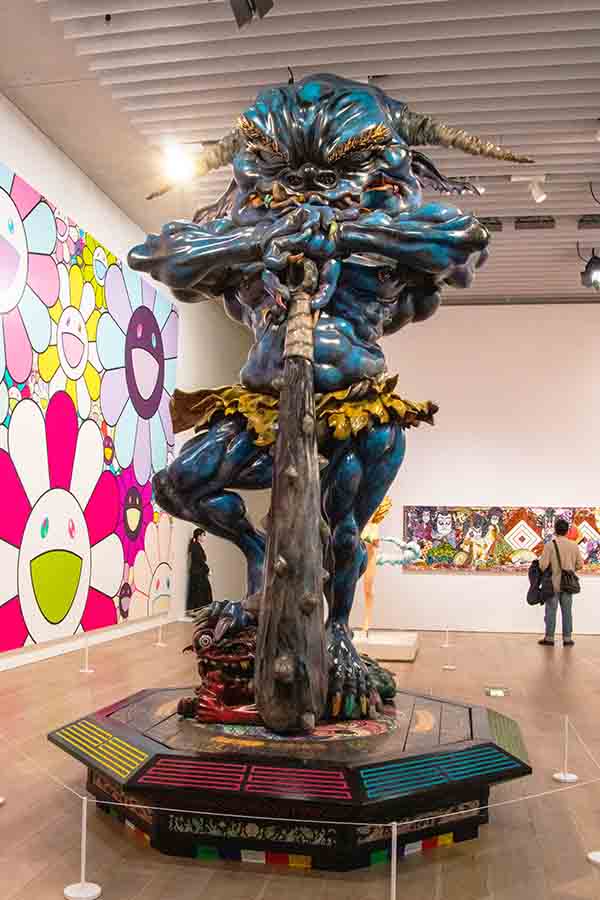 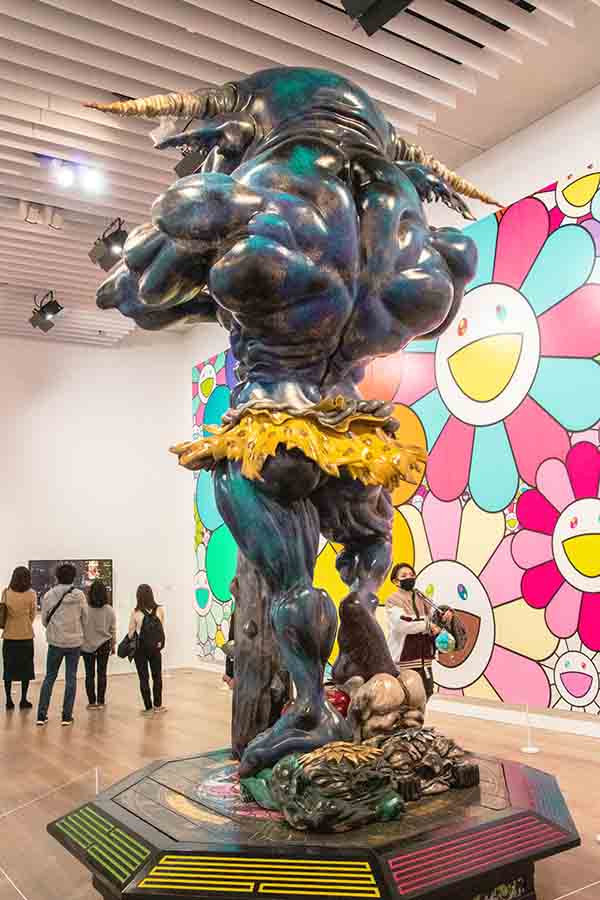 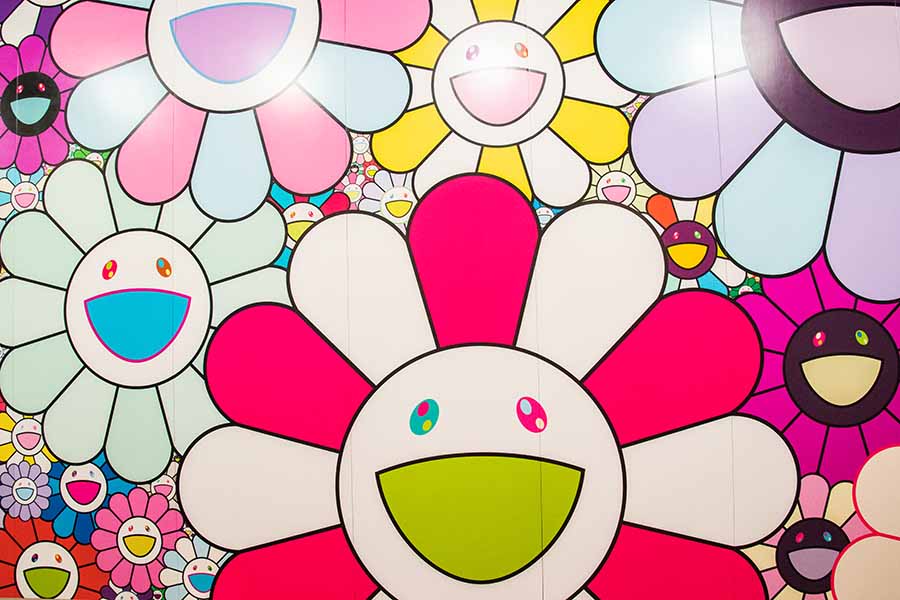