Katsushika Hokusai (1760-1849), one of the most widely known/acclaimed ukiyo-e painters in the world, was born and spent most of his life in current Sumida-ku in Tokyo. Architect Kazuyo Sejima was tapped to design The Sumida Hokusai Museum, which opened in 2016 to celebrate unparalleled accomplishment by the local ukiyo-e master. 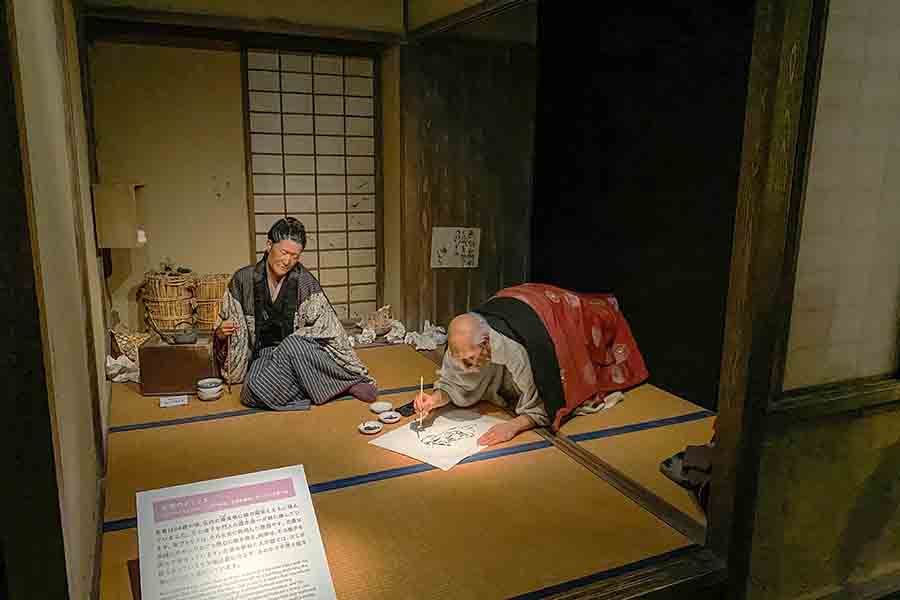 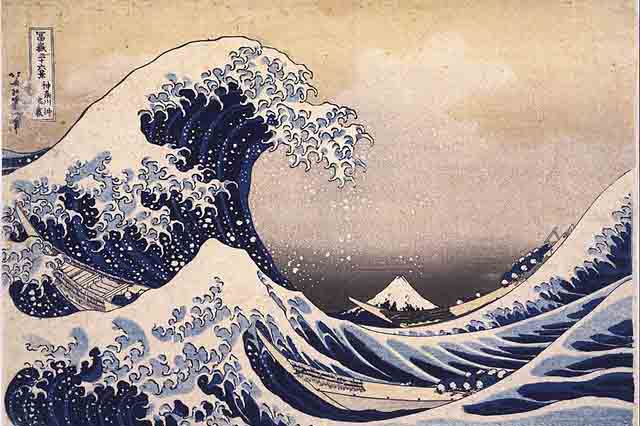 Hokusai worked furiously throughout his entire life (he completed the iconic “The Waves off Kanagawa” – above left) in his 70’s). As he lived in Sumida-ku, Tokyo, he showed little interest in non-painting activities; living in a messy house, he devoted himself to painting with his daughter, who was also an extraordinary artist. Unapparelled energy and passion.

Sumida-ku is so-called “shitamachi,” an old town with long history ever since the era of Hokusai. But while it still maintains traditional houses and streets, it is increasingly dominated by modern large concrete buildings. The Sumida Hokusai Museum is surrounded by a patchwork of residential, commercial, light industrial zones and right next to a park, a tennis court and rails. In order to fit into an environment that is a bit of an architectural hodgepodge, Sejima divided the building into several units with uneven sizes so that the entire mass did not overwhelm the neighborhood. Each unit is connected by narrow slits that serve as passages. 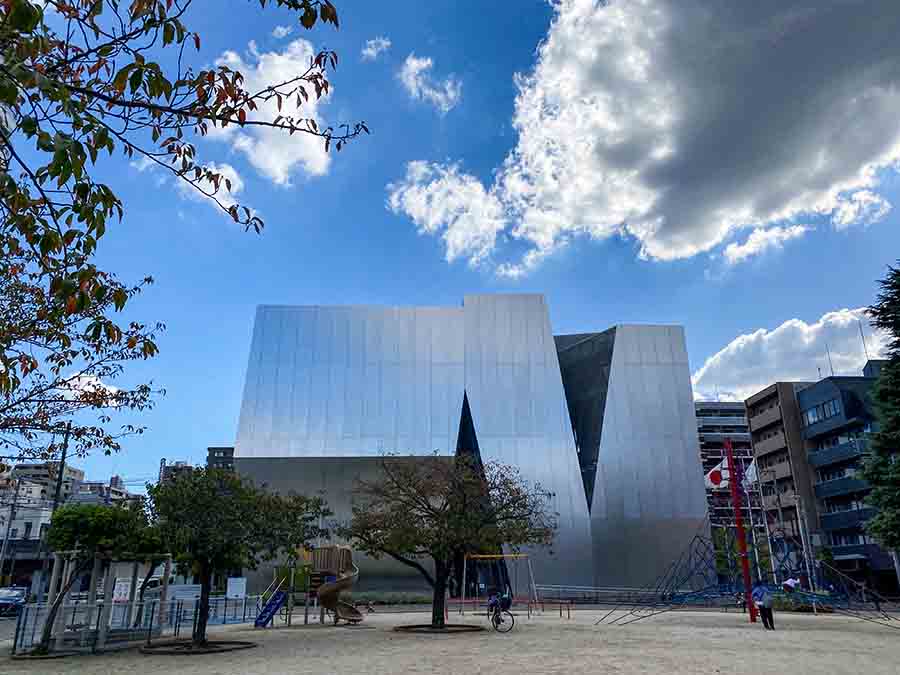 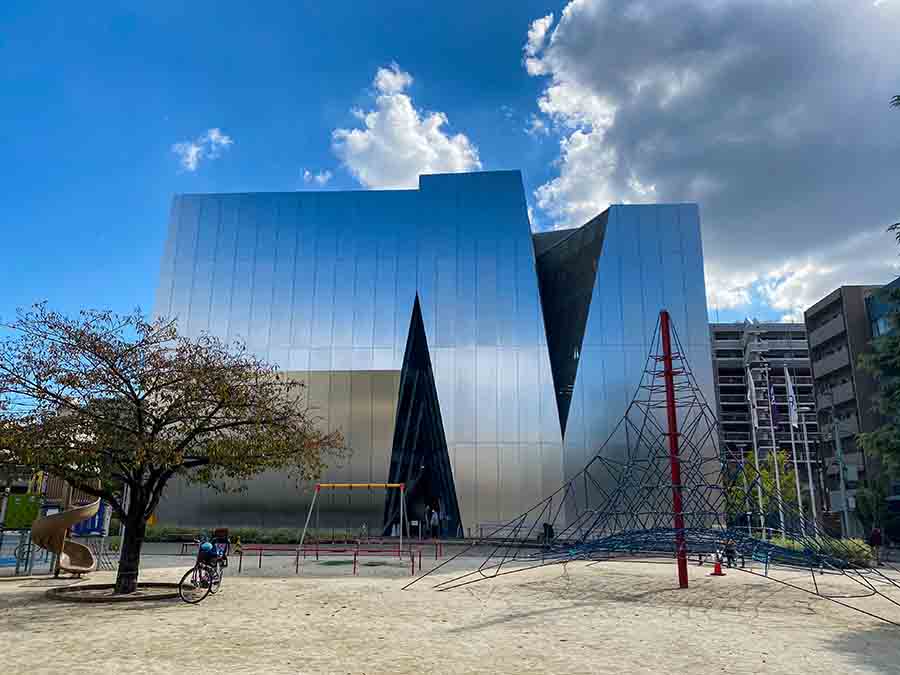 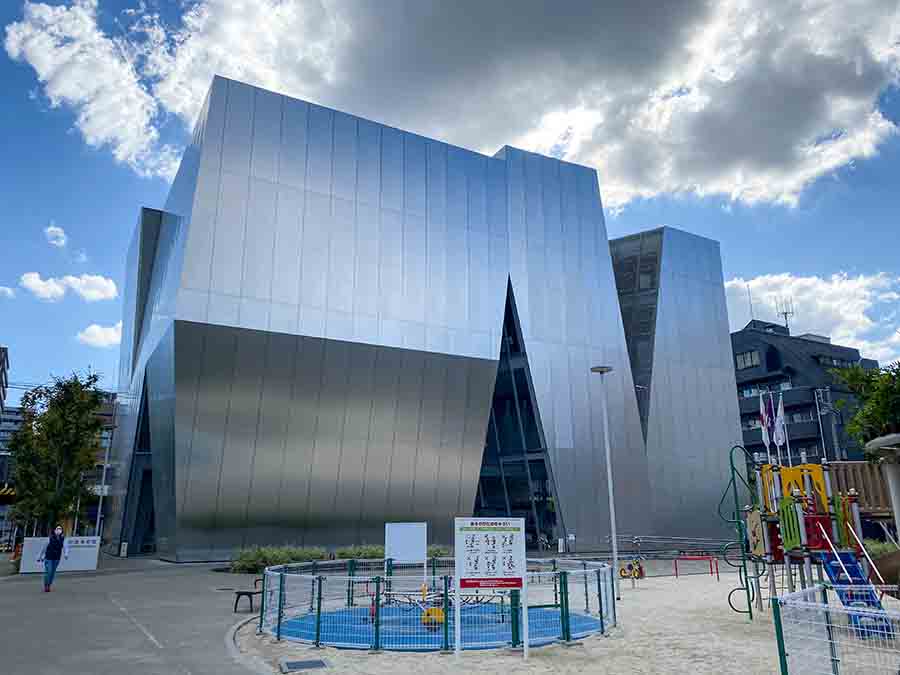 The exterior is covered with aluminum sheets, which softly reflect the skies and the surroundings. With slanted walls, the reflections can be some Hokusai’s works that applied multiple perspectives. 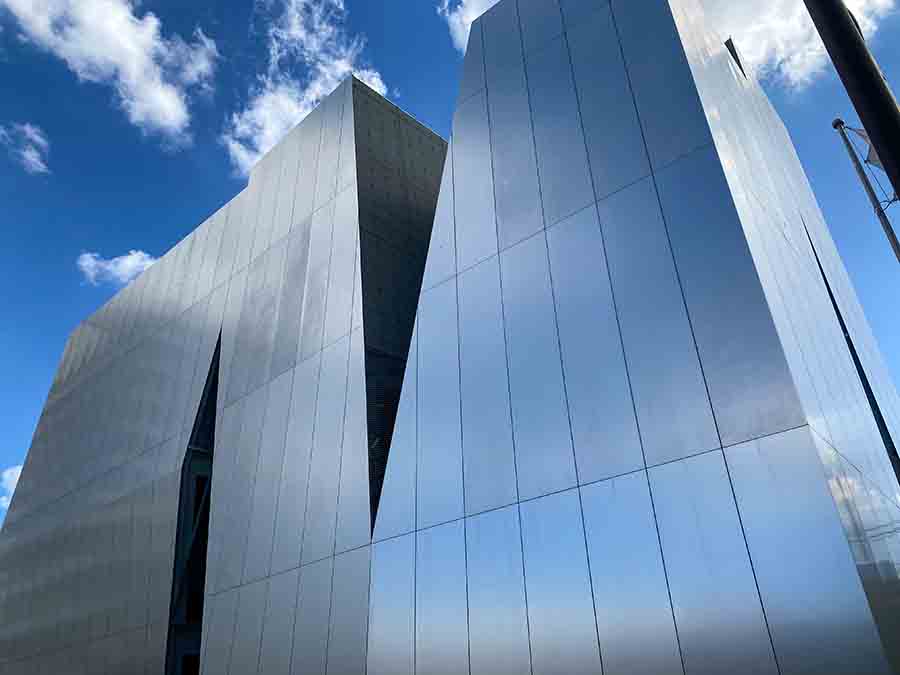 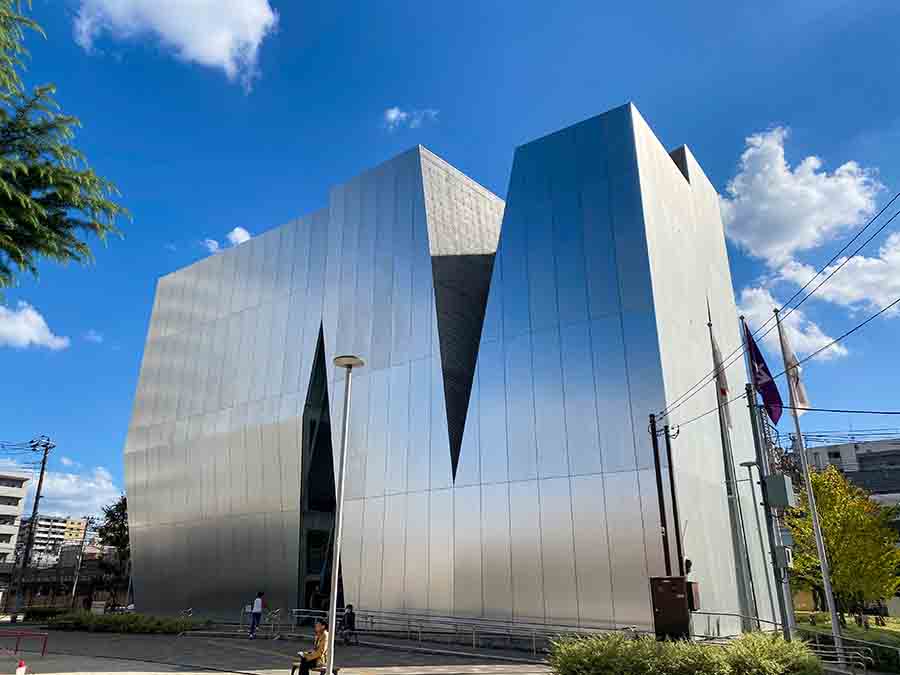 In order to preserve Hokusai’s artwork, the museum wanted to minimize the amount of sunlight that would come through. Although it could mean going almost windowless and disconnecting the building from outside, that was not what Sejima did, as connecting her architecture with the surrounding environment has always been one of her key design principles. She leveraged slanted walls, and whenever leaning walls met each other to form an A-frame (which became a passage), she installed glasses so that people could see inside from the passage, and the visitors could see outside. 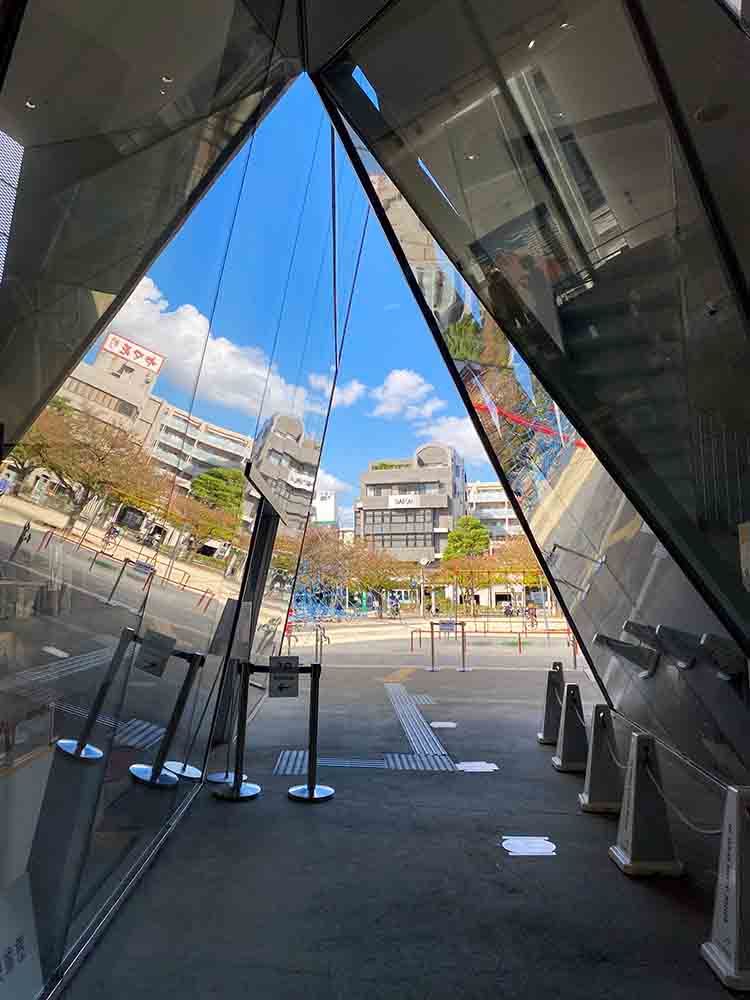 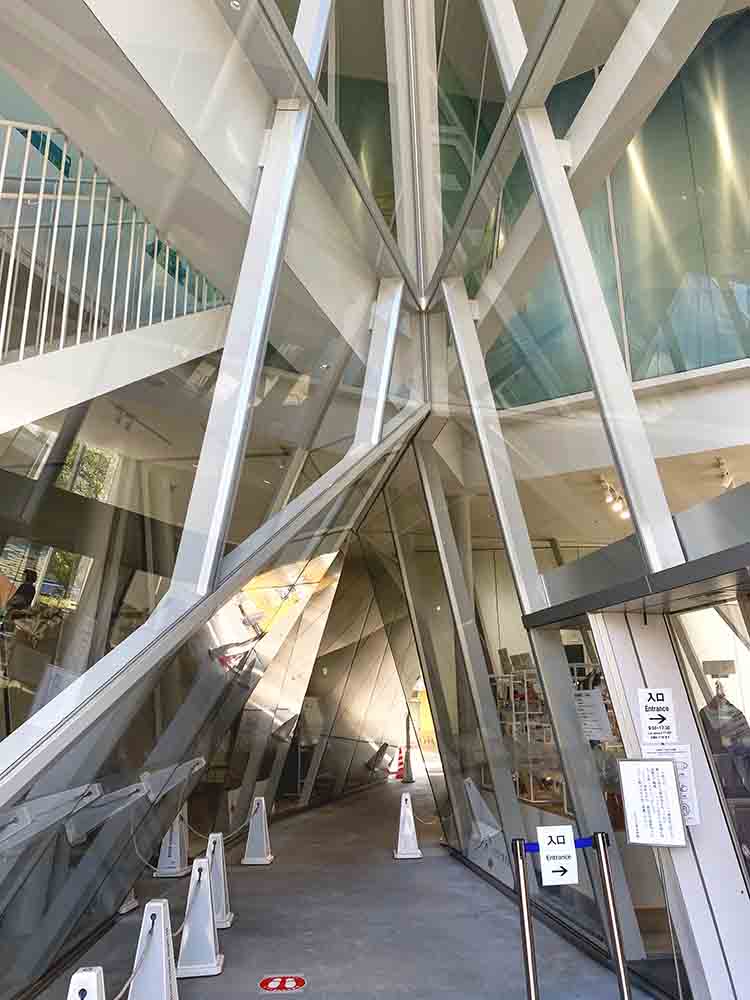 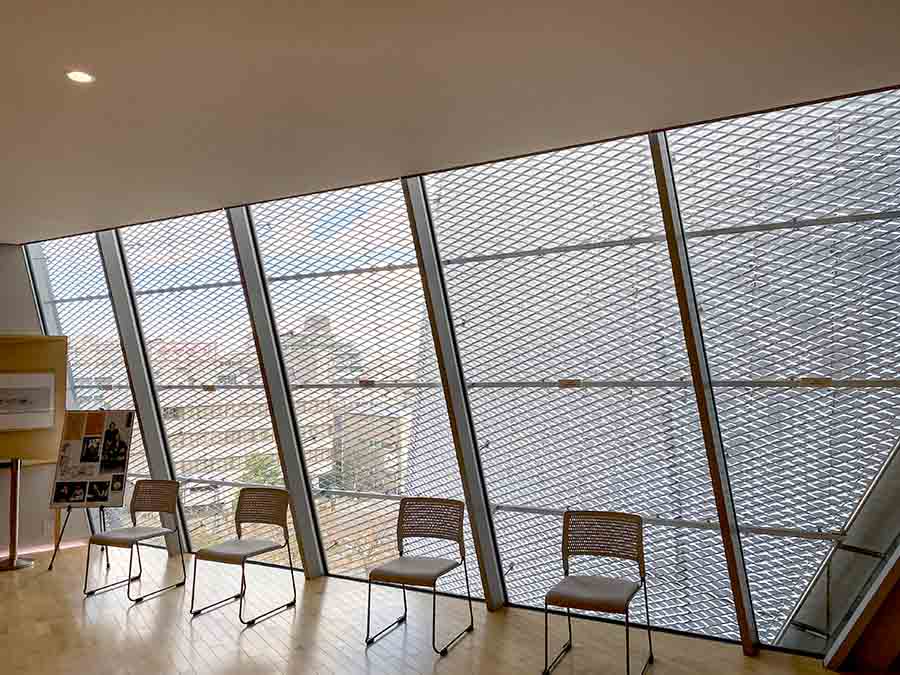 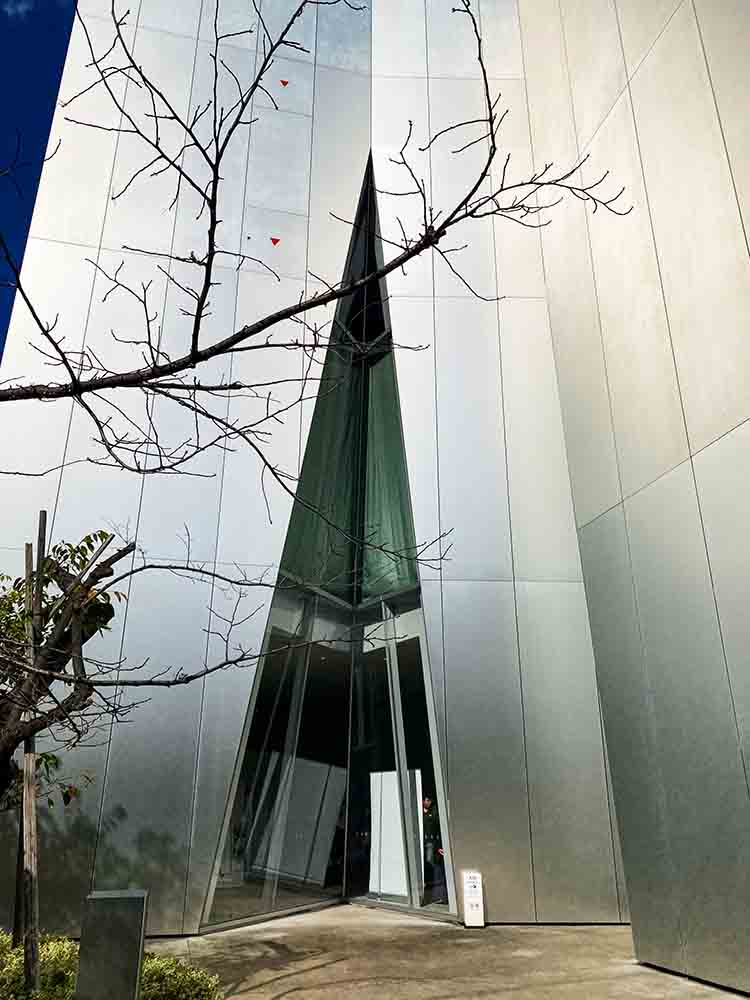 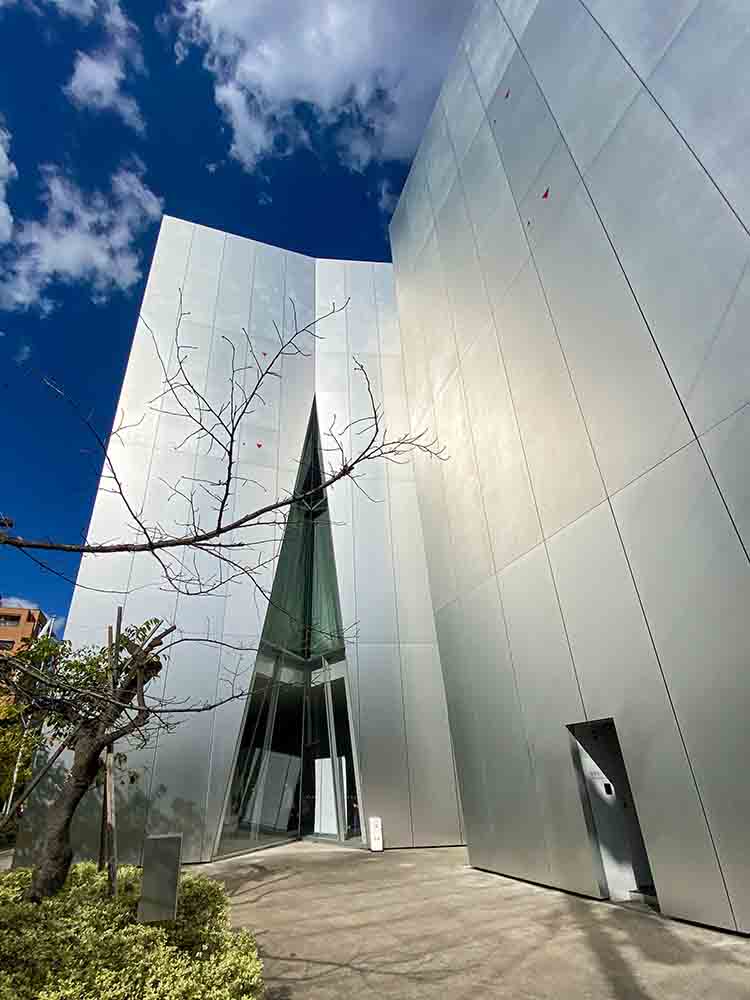 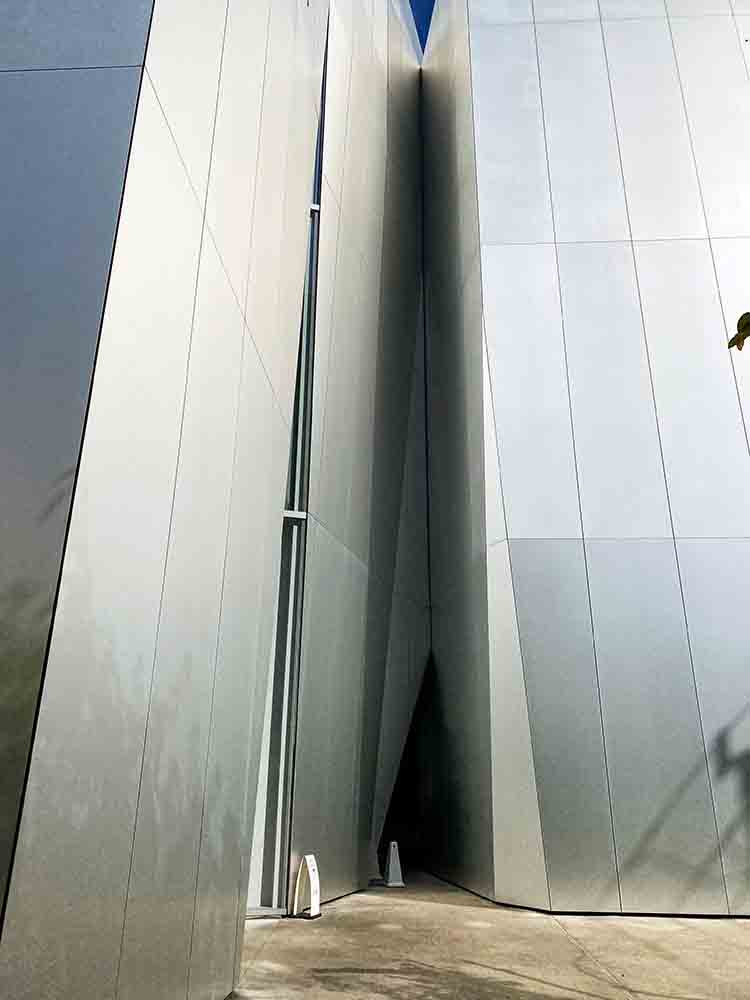