Christianity was first introduced to Japan by a Navarrese Catholic missionary in 1549 but was never officially endorsed by the national government until after WWII, where new democratic Constitution of Japan guaranteed the freedom of religion. The resistance that lasted for hundreds of years is understandable, considering how regions are closely tied to national identity – it is almost impossible for any regime to risk its spiritual backbone by openly accepting foreign religions. However, despite harsh suppressions, an increasing number of people converted to Christianity after 19th century, as Japanese set to pursue aggressive modernization, which was virtually equal to Westernization. Slowly but steadily, Christianity started to influence Japanese society/culture by its well-thought-out, solid monotheistic belief system that supported individual activisms. It was the complete opposite of traditional religions such as Shinto or Buddhism that found eight million gods in nature or pursued philosophical “nothingness” as religious salvation.

As Christianity was slowly increasing its presence since 19th century, architecture was also introduced to Japan as a solid academic subject as part of modernization. First generation of Japanese architects studied the subject from European/American architects who were invited to teach in Japan, or went abroad. What they introduced was buildings and communities that represented modernism supported by solid theories, technologies and materials, as opposed to traditional Japanese “architecture,” which was led by skilled carpenters who designed and constructed almost exclusively wooden buildings using techniques and experiences handed down from generation to generation over the last thousands of years. Although architecture had thousands of years of history in Europe, it was inevitably “modern” for Japanese due to the timing it was brought to the country.

This situation created an interesting situation: traditional religions became pretty much out of the scope of Japanese architecture. Japanese architects designed churches and cathedrals for Christianity, but not temples and shrines for Buddhism or Shinto. Even today, they are primarily taken care of by miya-daiku, highly skilled carpenters exclusively trained to construct/repair them through apprentice. Although religious buildings have been large part of European architecture for thousands of years, traditional/domestic religions have little room in the world of architecture in Japan. 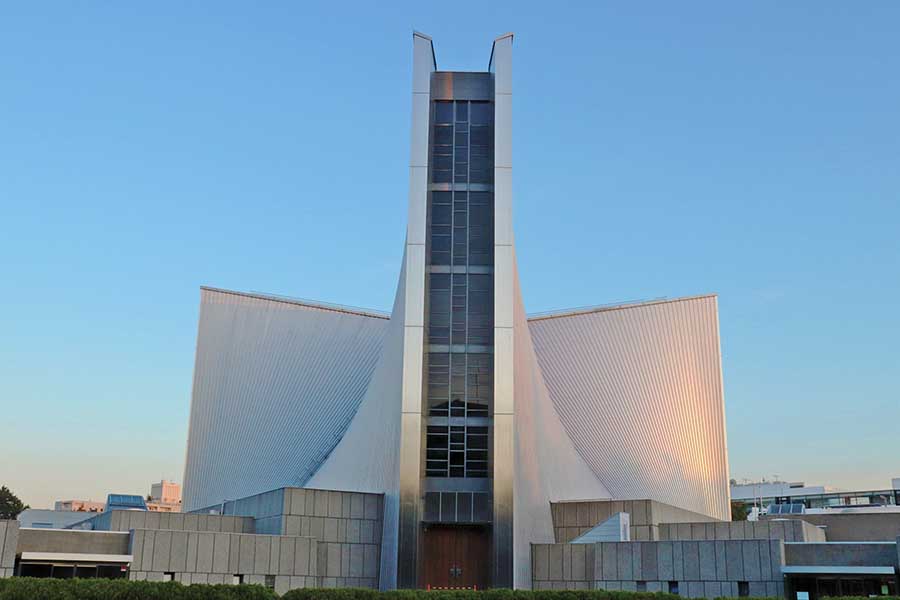 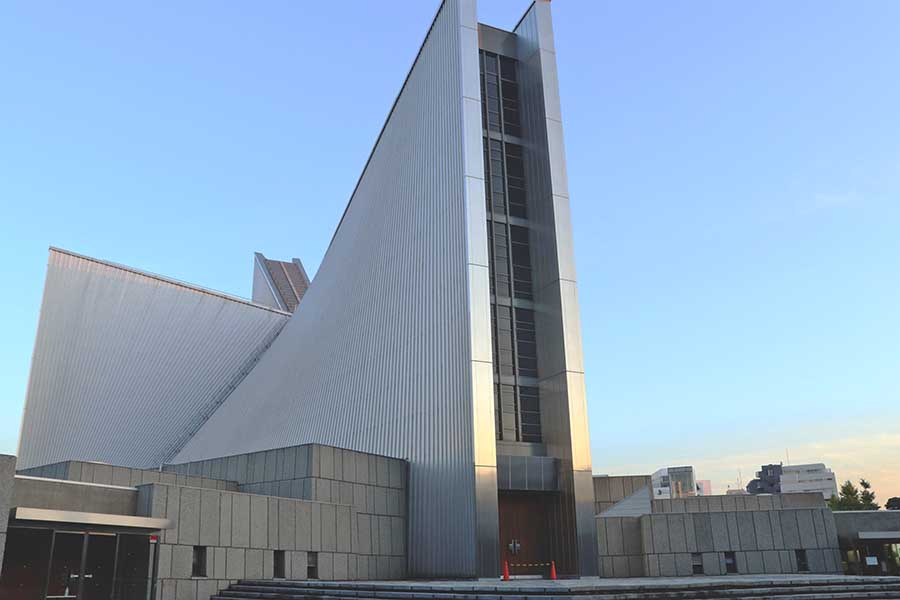 This situation created an interesting situation: Japanese architects designed churches and cathedrals for Christianity, but rarely designed temples and shrines for Buddhism or Shinto. Both architecture and Christianity were modern for Japanese, but Buddhism or shrines were not. It’s so curious that you can often find the gist of modern Japanese architecture in Christian facilities, which, in an interesting twist, were freed from traditionalism for Japanese architects. Their designs were often unconventional and bold in design, but almost primitive and universal at heart. St. Mary’s Cathedral by Kenzo Tange is the prime examples of such designs (Tadao Ando’s Church of Light and Shigeru Ban’s church using paper tubes are also great examples.) 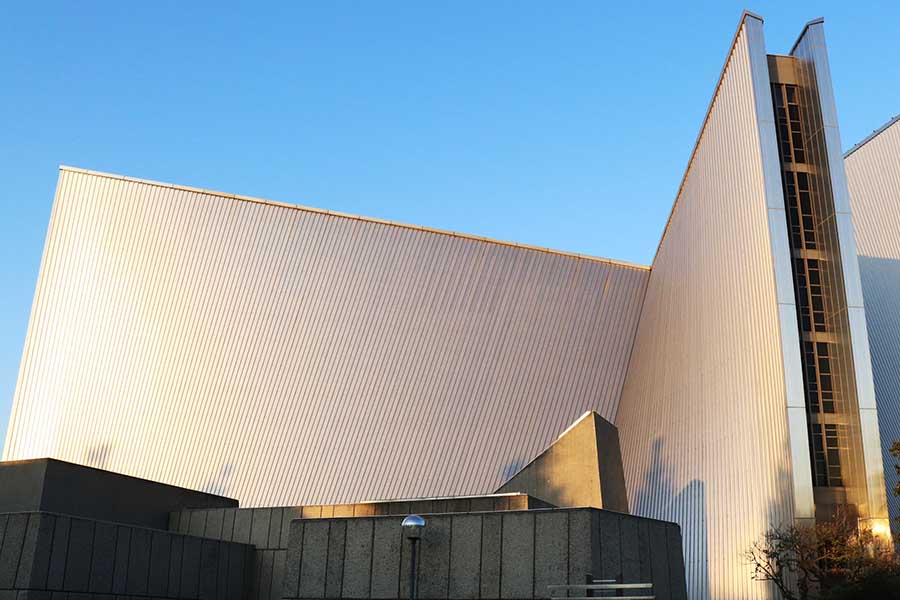 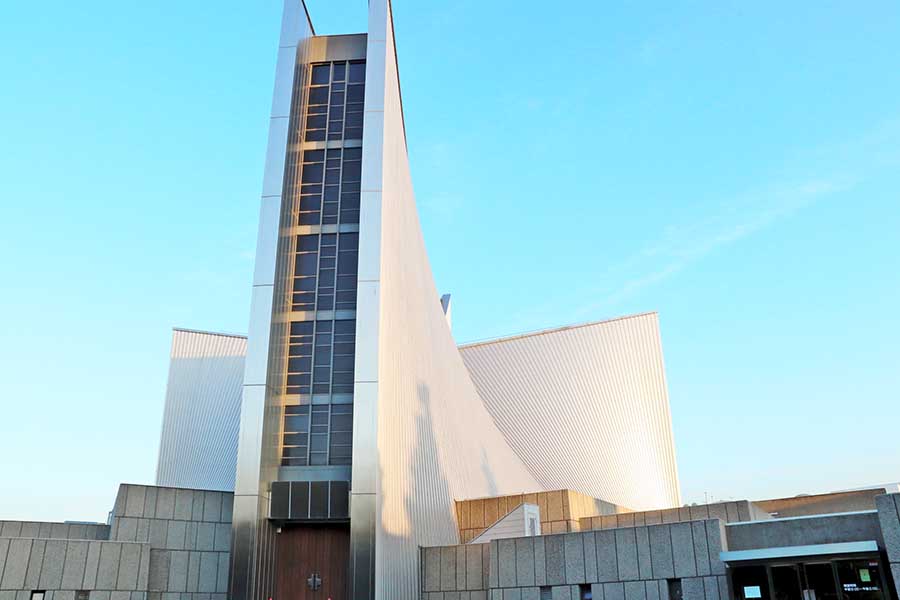 He won the competition for the Cathedral in 1961, and the construction was completed in 1964. It’s considered one of the most timeless pieces of modern architecture, and its design and structure are discussed a lot. But what’s not discussed much is his bold embrace of traditionalism. He was not afraid of embracing what modernism tried to forget about: “I feel that modern architecture has forgotten the symbolism the traditional architecture represented. I wanted to re-visit and dive deep into what symbolism meant for architecture.” Although the cathedral does not look like conventional cathedrals from outside, it has a shape of a cross if you look at it from the sky, and has very high ceilings that almost looks like a huge cave. Natural lights fall down from the cross-shaped openings at the top of the ceiling.

He also adopted the concept of traditional Japanese religious facilities, which required believers to enter a sacred gate, walk through the paths towards the main facility as a process to purify themselves. Instead of using the conventional, straight pathways to the alter, Tange’s design proposed paths that were longer and winding so that the people could prepare themselves to religious experiences as they walked. 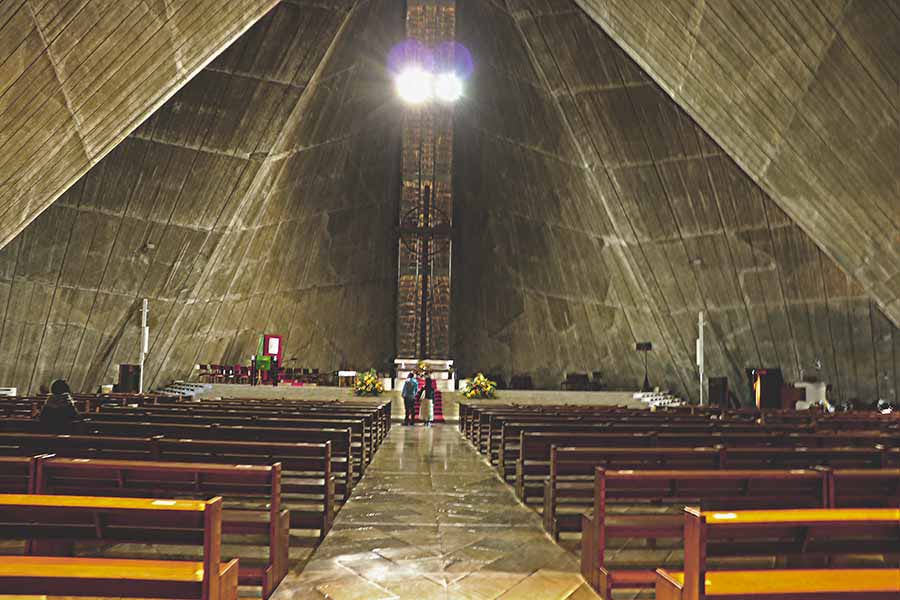 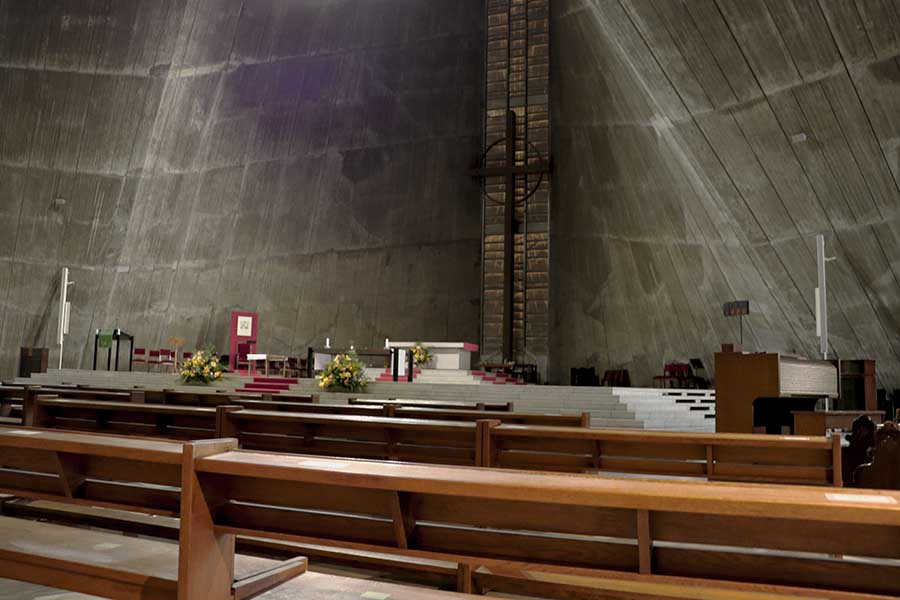 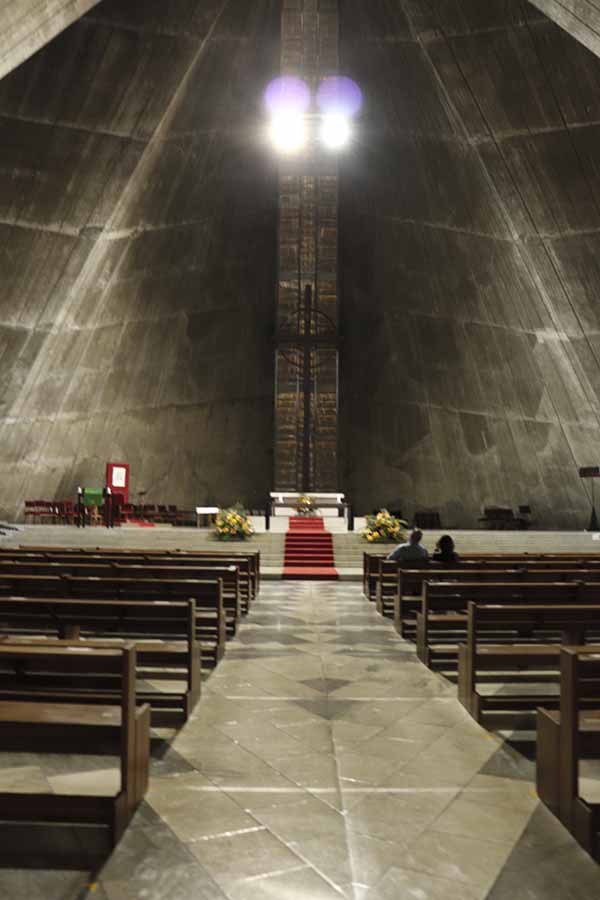 Interesting fact: Tange was not a Christian when he designed the Cathedral. However, he converted to Christianity in 2003, only two years before he passed away at the age of 91. It is not known if he did it so that he could be buried at the place he designed, or it was because his religious salvation in Christianity. As the relationship of Japanese architecture and traditional Japanese religions reveals it, the relationship of Japanese and religions is ambiguous and not straightforward. 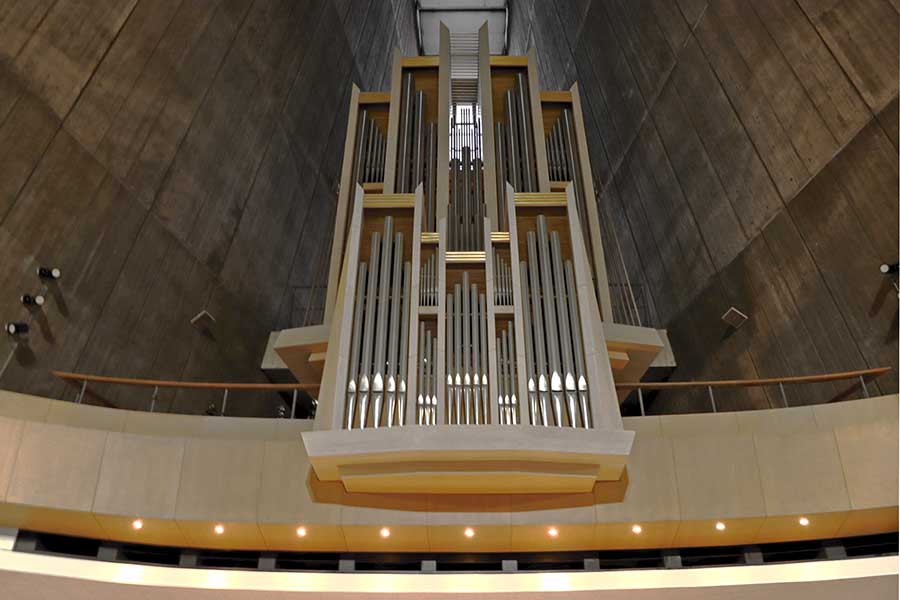 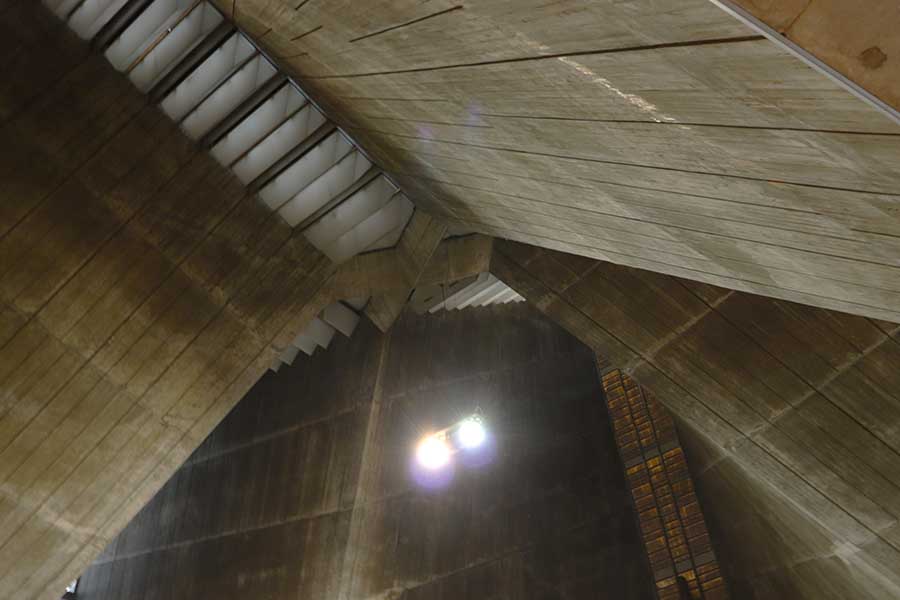