Japanese architect Kisho Kurokawa designed the Nakagin Capsule Tower in 1972. It is one of the most iconic buildings to represent “metabolism,” a rare creative movement that originated in Japan in the 60s-70s. The tower was conceived as a living environment that would literally metabolize: the rooms, designed as small capsules, were assembled in a factory, shipped to the site, and then attached to the stem of the tower. The plan was that reaching the end of their useful life, each individual capsule could be replaced by a new one. This cycle could continue, the building evolving in a constant state of renewal. Kurokawa even envisioned scenarios in which capsules could be detached and delivered to a vacation site, for example, if a resident wished to spend some time in the mountains or by the beach where there would be a compatible tower. Just like today’s tiny house movement, Kurokawa imagined the capsules as flexible and mobile, minimal units that would enable a free and nomadic lifestyle. It is impressive that he initiated such a novel concept 50 years ago.

But 50 years is a long time. The building, which sits in the swanky Ginza district in central Tokyo, is getting old. It never metabolized in the way that the architect envisioned. Capsule replacement never happened due to management issues. Flexible movement to other locations never happened either because no other capsule towers were ever built. Today, people are trying to conserve it as a historic site, but the metabolism icon may end its life soon without ever metabolizing. (Find the information on their conservation efforts here. (Available in Japanese only)). 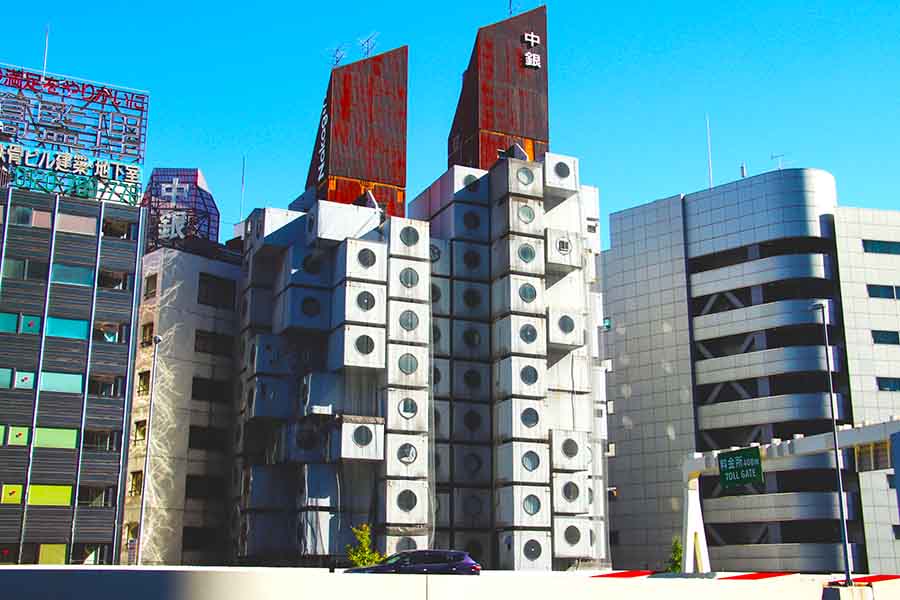 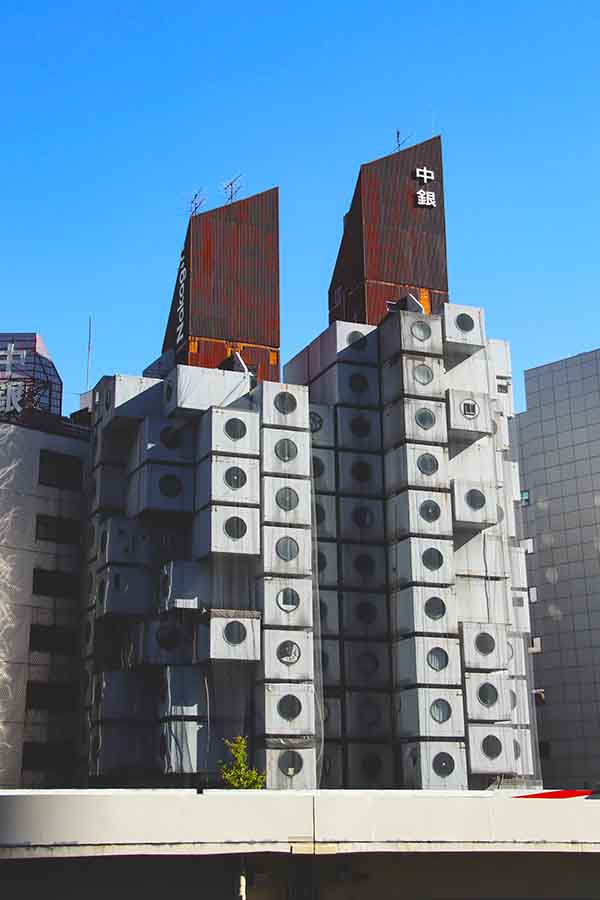 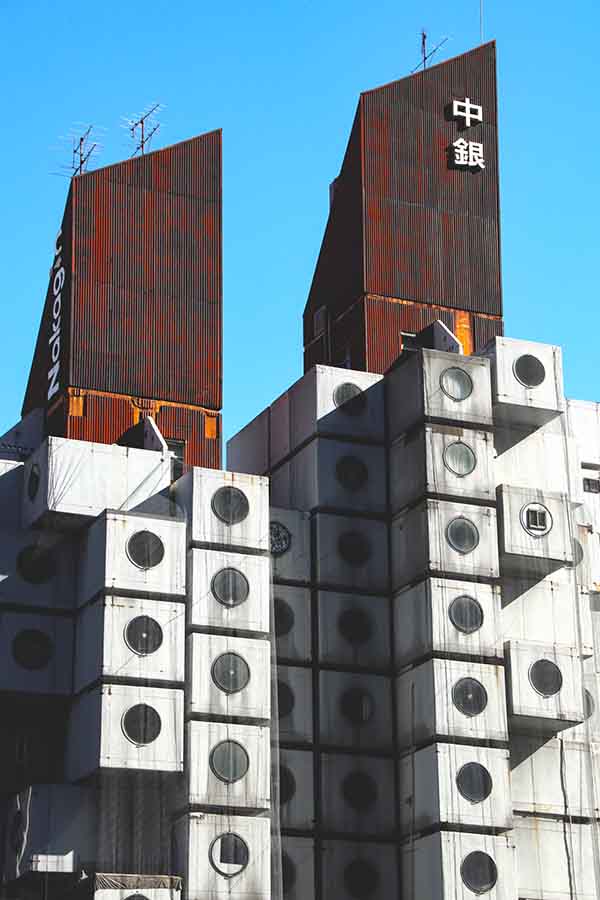 Nakagin is a twin-towered structure: there is Tower A (the interior originally painted pink and orange) and Tower B (the interior originally painted blue and emerald green). They must have looked almost psychedelic when they were new. Indeed, it seems like Kurokawa imagined the capsules to be used by young and hip white-collar workers (which must still have been a very new concept in Japan in the 70s) who wanted to enjoy cool city life. The tower almost functioned like a hotel: the rooms had no kitchens or washing machines. Concierges, available 24/7, would take care of your life from doing laundry or making photocopies while you worked or socialized. The entire experience must have felt so transformative to people who were going through the mesmerizing social transformation from pre-modern/pre-war society to a modern/cyber urban life. 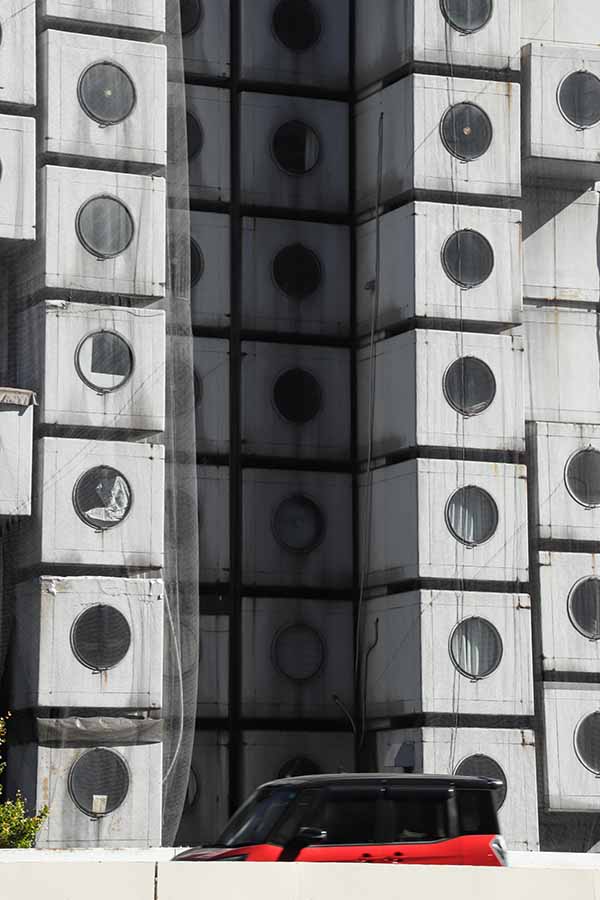 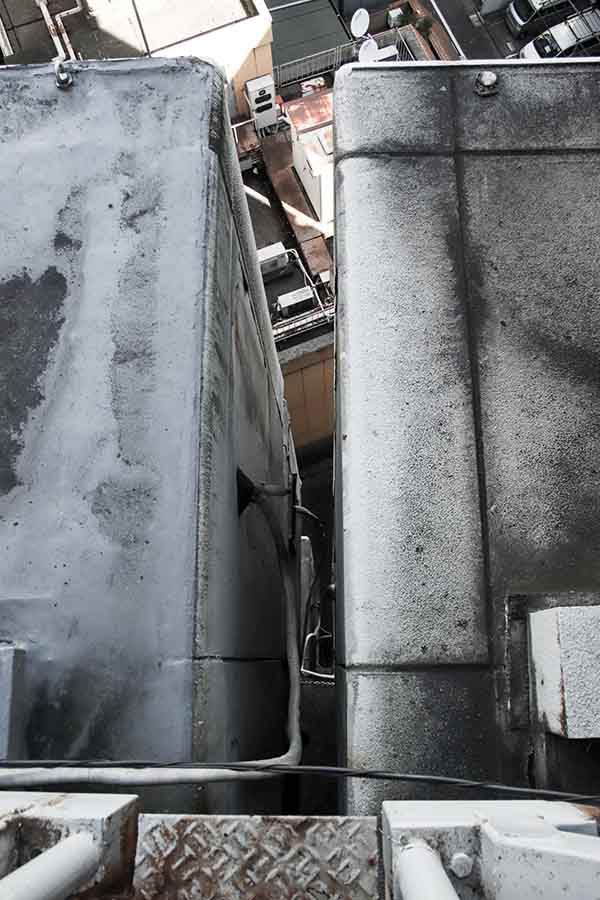 In each tower, the capsules were attached from the lower to the upper levels using four bolts. Kurokawa’s plan was to replace capsules every 25 years. He also designed them at a specific size, 2.5m × 4m (10m2) – so that they would fit on conventional trucks and on regular roads, although none of them had chance to be transported. The reason why no capsule replacement ever happened was both technical and administrative. You can see the technical issue in the picture above right: due to the design, there was only 30 cm (!) space in between capsules. There was no way for anyone to squeeze in to detach individual units. The lack of the space also made any repair – water/gas pipes or cables – almost impossible.  After 50 years, there are rooms that have leaking ceilings, without hot water, and no air conditioning. This fundamental mistake has made the lives of some capsule owners really difficult, but many are determined to sacrifice their comfort in order to preserve the tower. 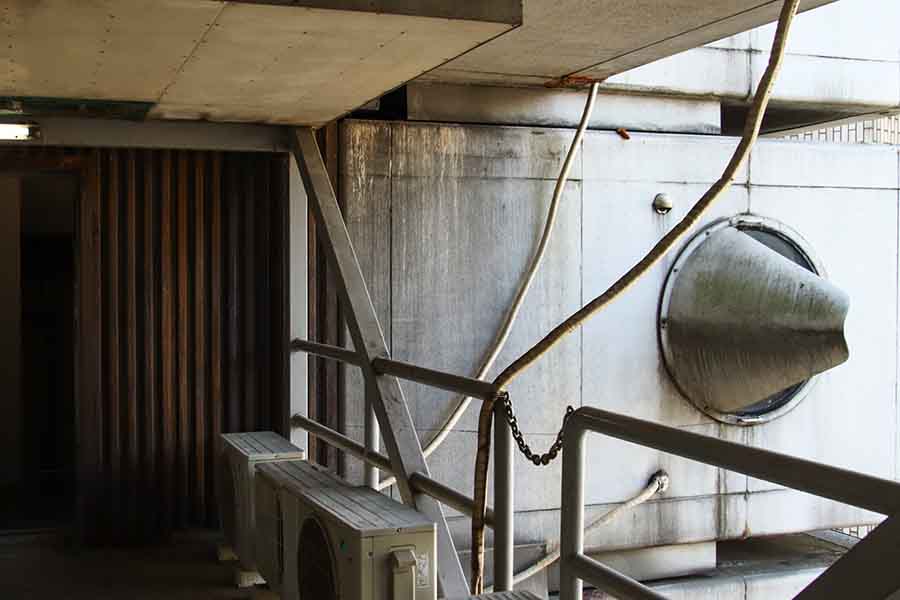 Some rooms have super-extended cables for HVAC systems which are placed in common areas far below them. Costly and not aesthetically pleasant option but this was part of the efforts to preserve the original building. 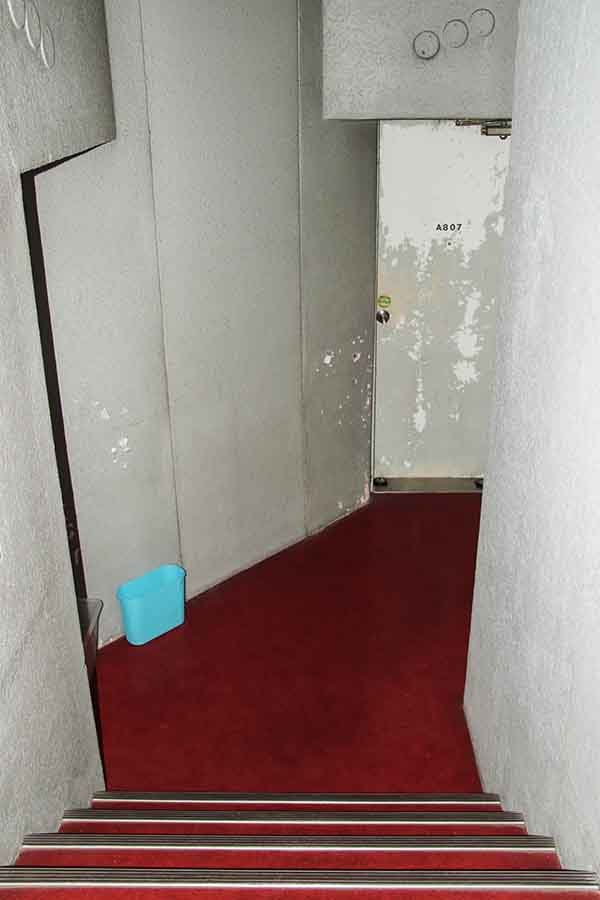 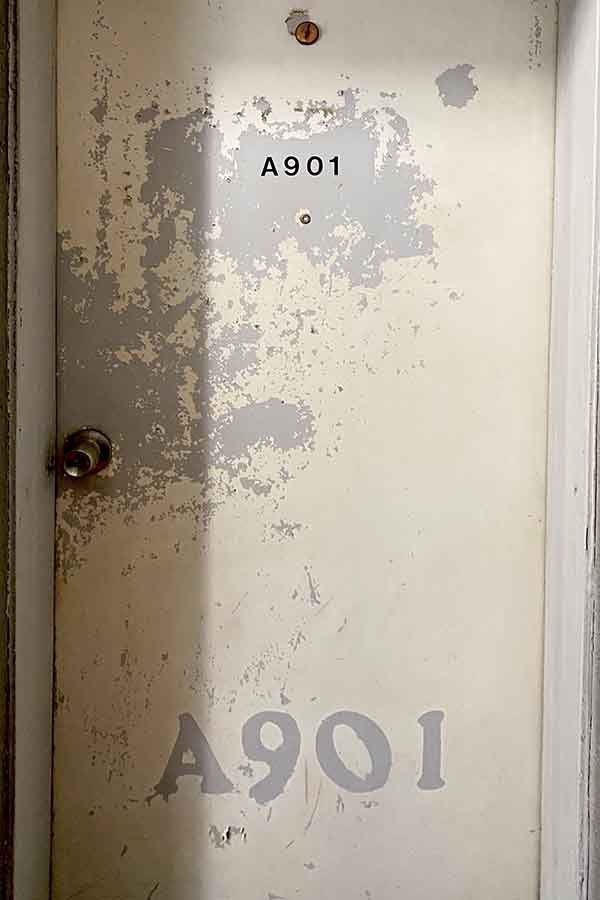 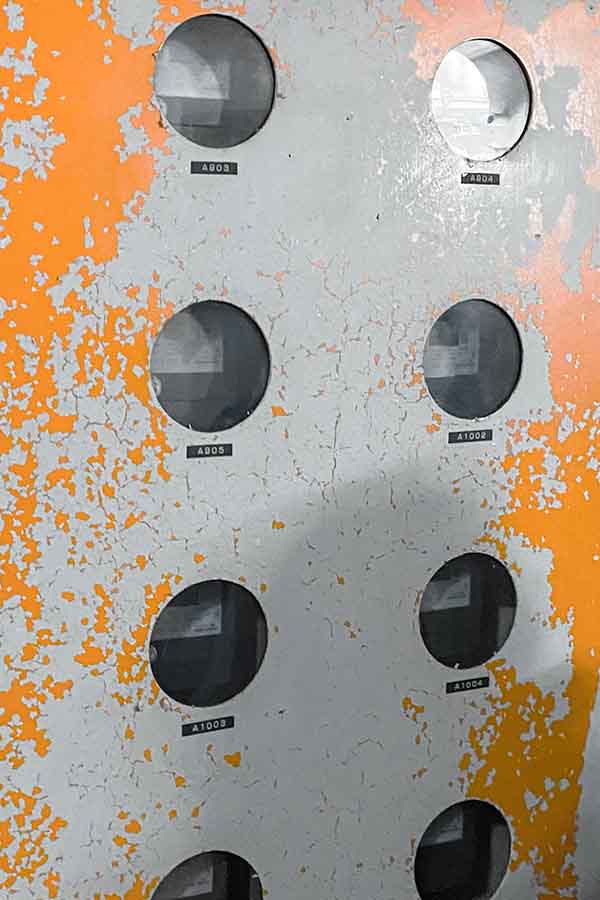 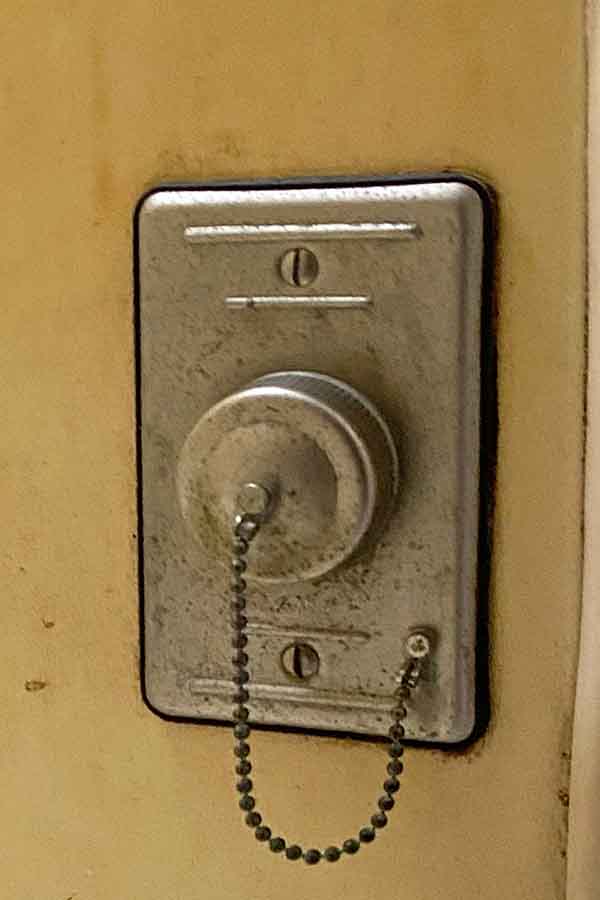 Some of the areas still retain original orange paint, definitely not a color that belongs to traditional Japanese architecture. 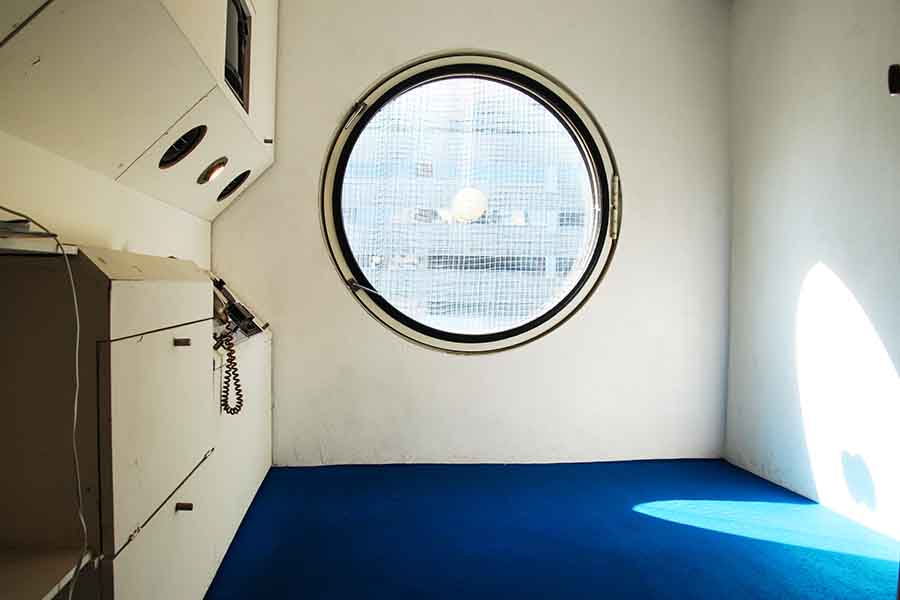 The interior looks like a ship’s cabin. The window is double-glazed (the building stands by very busy highways). As you cannot open it, the tower is completely shielded or detached from the outside environment, although the concept of “metabolism” implies it would function organically.

It is notable that the tower offered a TV, radio and audio system as options even though it didn’t provide a kitchen or a washing machine. This was for young people who wanted lived in the city and social network, not in a house with a family. The equipment looks mid-century, but you can feel the momentum of emerging Japanese tech companies. Japan, especially Tokyo, went through mesmerizing growth during 60s and 70s, making an almost revolutionary transition from a pre-modern/pre-war society to the modern, cyber city in just a couple of decades. New companies such as Toyota, Honda and Sony represented a new era of technology-driven growth and affluent life styles. 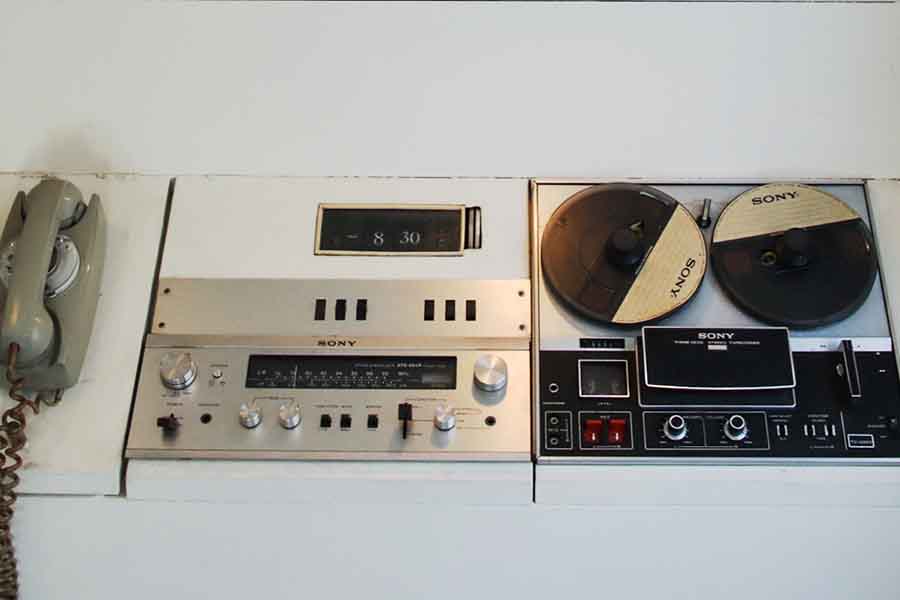 Sony was founded in 1946 just after the war, launched Japan’s first tape recorders in 1950 and first transistor radios in 1955. Their music player “The Walkman” was released in 1979 and became a social phenomenon. The Nakagin Capsule Tower was built in 1972, right before the big leap for Sony that made it a global brand. 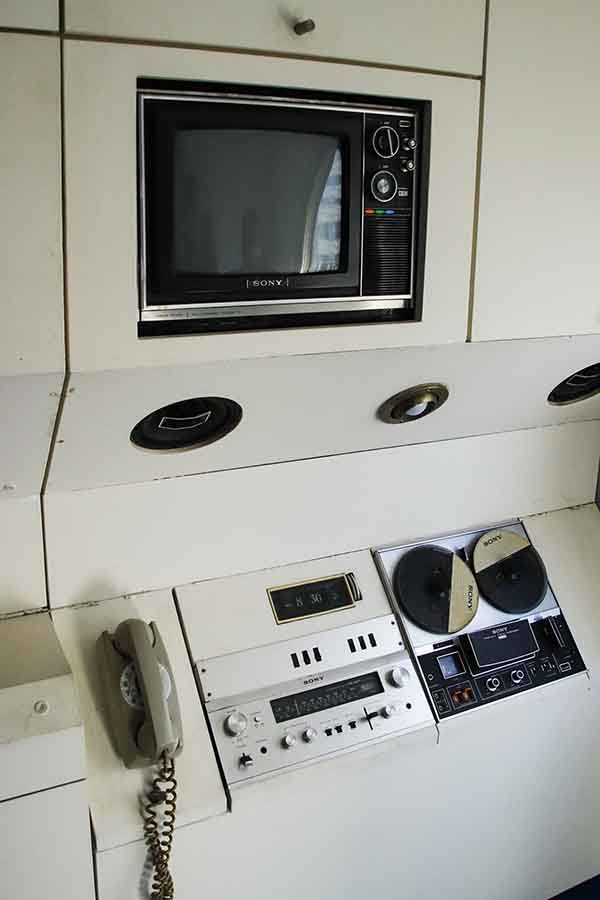 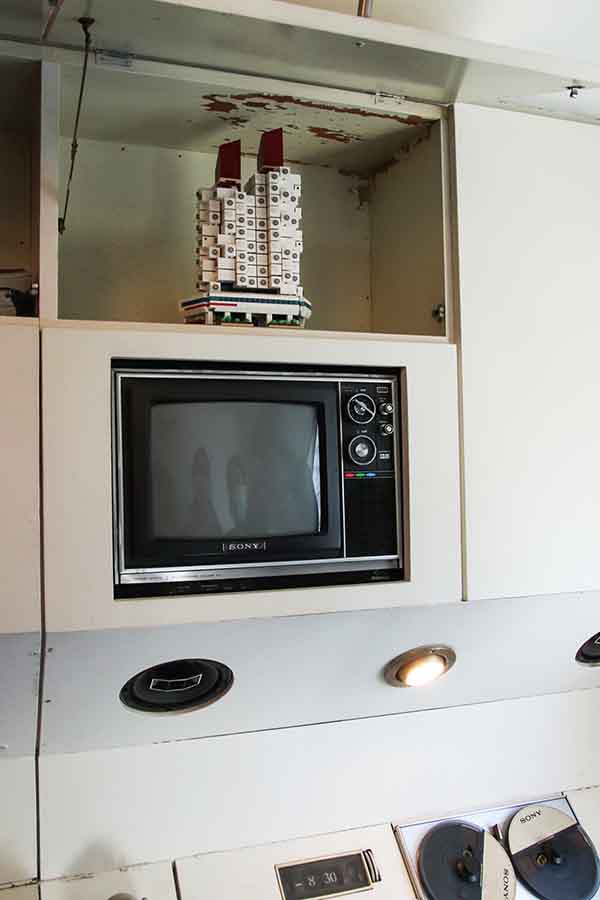 As the rooms are pretty minimalist, it’s not surprising that there was an owner who had MUJI renovate their room (MUJI runs a home and renovation business in Japan). But as each room is still owned by individual owners, you cannot see it (all the pictures in this post were taken in a room that preserves the original design and furnishing). As a matter of fact, the fact that there have been so many owners for this tower is another reason why capsule replacement never occurred: at least 80 percent of the owners had to agree in order to carry out a significant renovation which has never happened. Kurokawa and owners were often at odds. 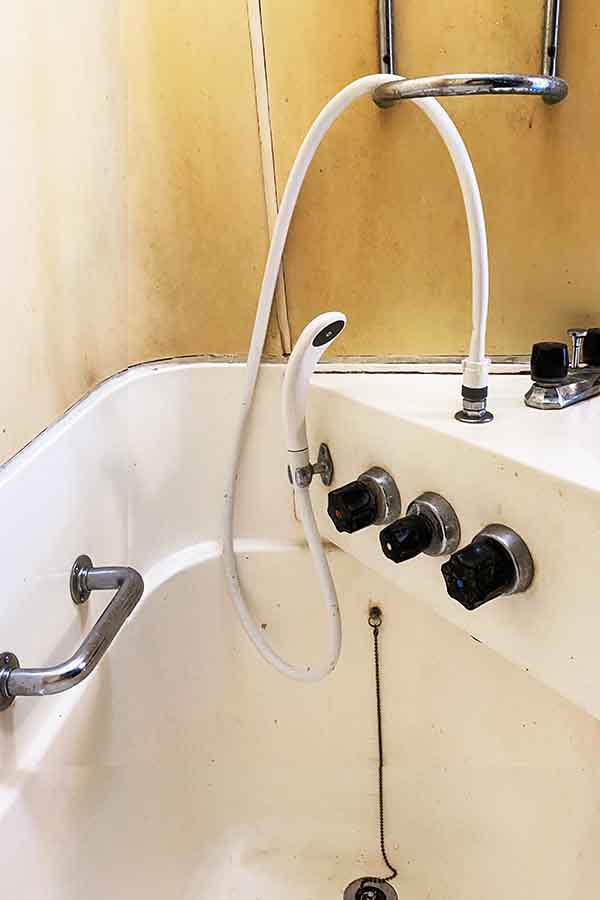 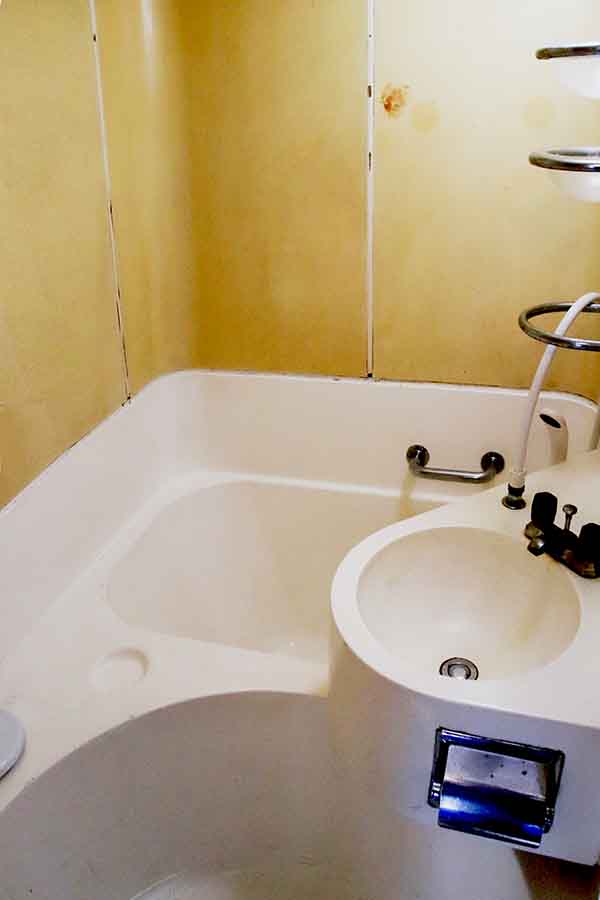 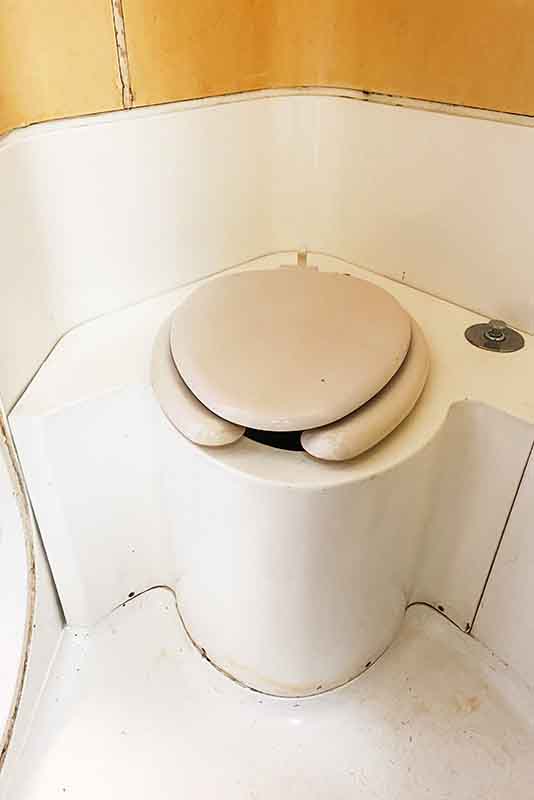 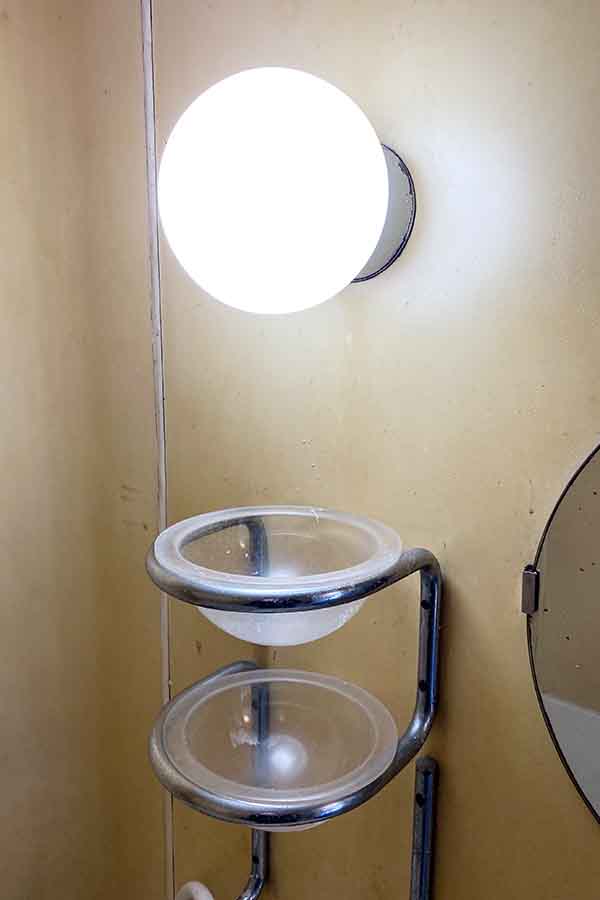