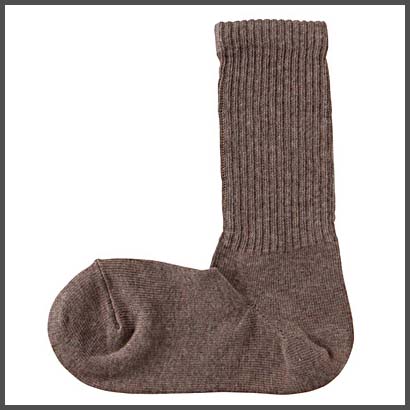 We love efficiency because it achieves “more for less.”  And modern technology has made the manufacturing process amazingly efficient. We now have access to better products for less money.  As we don’t usually doubt about the superiority of the products that come out of such an efficient process, we don’t doubt why certain products are in a particular shape.  We just assume the shape is the result of efficiency improvements.  But is that really true?
(Left: MUJI right angle socks  Image courtesy of Ryohin Keikaku)

Think about socks. Why do the shape of socks look like they are almost a straight line, rather than a perfect L-shape? It is odd when you look at your own feet, which are connected to your legs perpendicularly.   If we want our socks to fit our body naturally, they should be L-shaped.  But efficiency didn’t allow us to mass-produce L-shaped socks. They were simply too complicated and expensive to produce.  Almost all the socks we can buy today are non L-shaped.


But then, MUJI found “perpendicular” socks in the Czech Republic.  In 2006 MUJI staff met an old lady who had developed a unique skill to knit perpendicular socks.  Her socks were very  popular among local people, because they were unbelievably comfortable.  For Czechs, socks are important to survive the cold winter and they call comfortable ones “socks that sit on their heels.”  Using her own method, she was able to knit the heel area so that it would fit people’s feet perfectly – to become “socks that sit on their heels.”

MUJI started to investigate how they could commercialize her knitting technique to revolutionize mass-produced socks, but it was a challenge.  They even flew the daughter of the lady to Japan to see her knit in front of them.  But it just confirmed how complicated her technique was.  Another challenge was to find a knitter willing to work with MUJI to realize such a complicated project.  Most of them hesitated to accept potentially resource-intensive and time-consuming order.


But eventually, MUJI found a partner who would work with them to modify and adjust their knitting machines to produce L-shaped socks.  After so many trials, failures and improvements, they finally launched their first perpendicular socks in November 2006.  Customers were excited and the product became an instant hit. By 2010, all of MUJI’s socks were perpendicular. 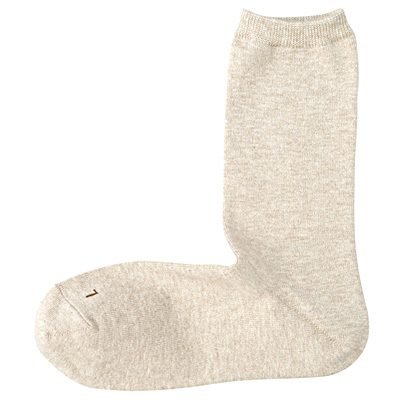 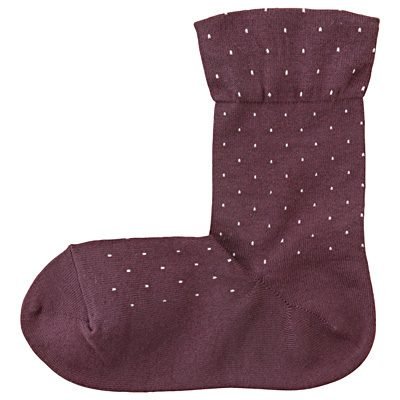 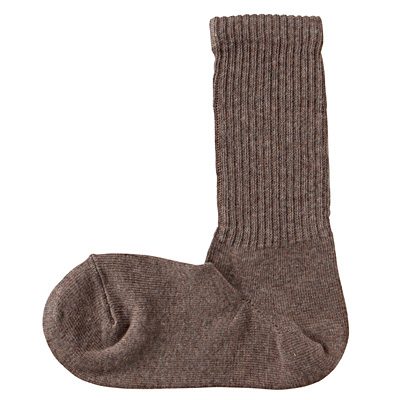 How much is sufficient? “80% Full Product” by MUJI