Go to the Top page of Kengo Kuma: a LAB for materials

Kengo Kuma says that German architect/theorist Gottfried Semper (1803 – 1879) had a very keen eye to recognize that the act of building could be divided into three fundamental categories: activities related to ground, fire, and weaving. First you need to establish the foundation (ground), then you need to furnish life lines and other devices that are needed for living (fire). Then lastly, you “weave” materials to create enclosure such as walls and roofs. “Weaving” must have sounded strange in 19th century Europe where masonry was the primary method to create enclosures, but Kuma believes that Semper must have gotten the idea partly from his anthropological researches, observe traditional houses in Africa and Asia where people wove trees, branches, leaves and fibers to make structures, floors, walls and/or roofs.

In Japan, people primarily wove wood, Kuma says. For example, people made walls by building grids using narrow wooden slabs, inserting bamboo lattices in between and applying the earth to finish them. Kuma remembers poking holes in similar earth surfaces of the walls in his house when he was a little child. He vividly remembers how loose areas would start crumbling, exposing the bamboo strips hiding beneath. That loose, rough, ambiguous touch and the feeling that nature was still present, even inside the house, is something that is at the core of Kuma’s architectural principles. 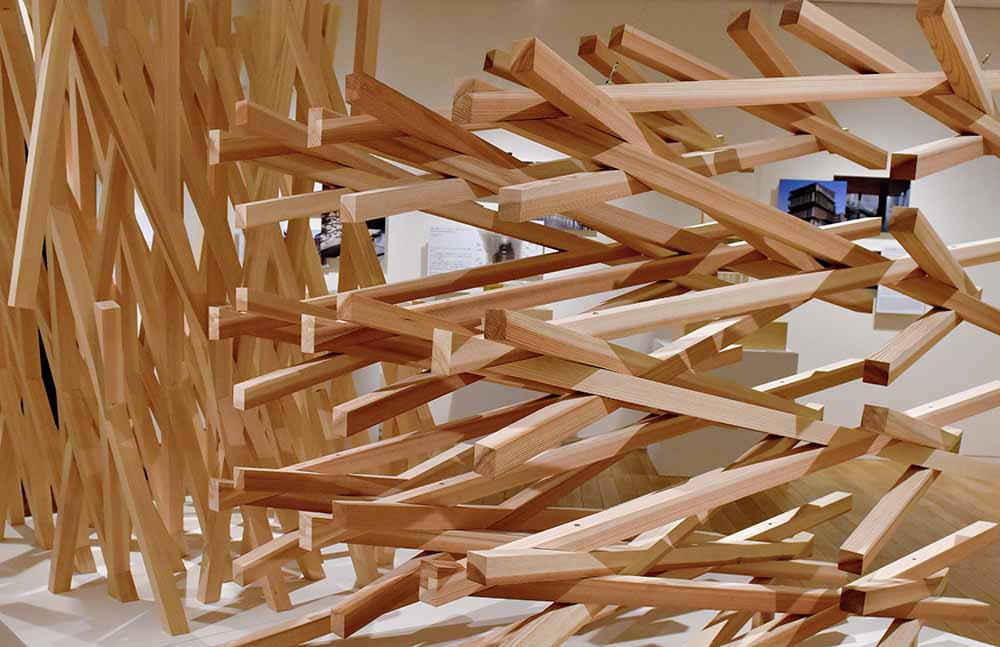 So Kuma leverages wood weaving. If you can design well-crafted grooves, it’s possible to weave them to make strong structure, avoiding the use of metal nails and bolts that are prone to rust. He believes that such flexibility is not a weakness but a strength of wood, because you can keep buildings more fluid and adaptable, in the same way as loose button-less, zip-less clothes softly envelope our body. (Of course, a flexible structure does not mean an unstable structure.)

Wood is also light and feels comfortable. He is hoping to leverage wood to make architectural elements that are almost like “particles” so that they can form cloud-like buildings. 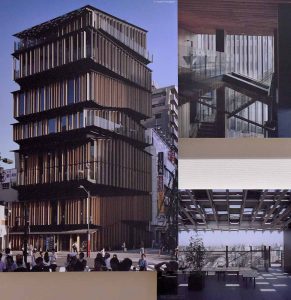 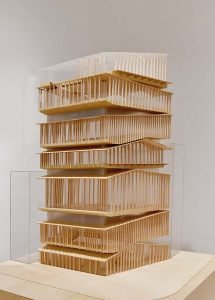 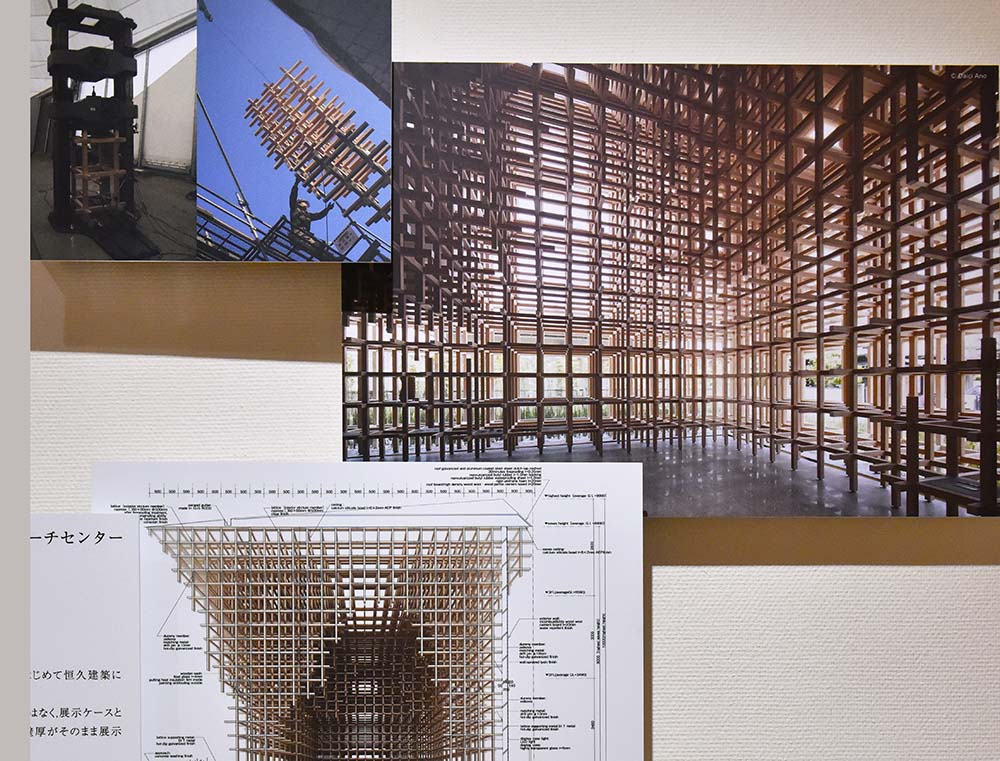 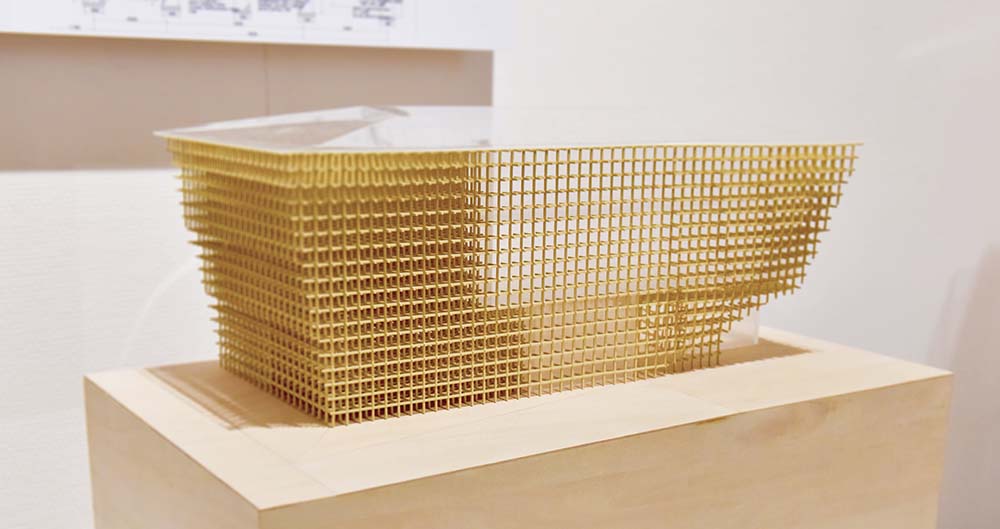 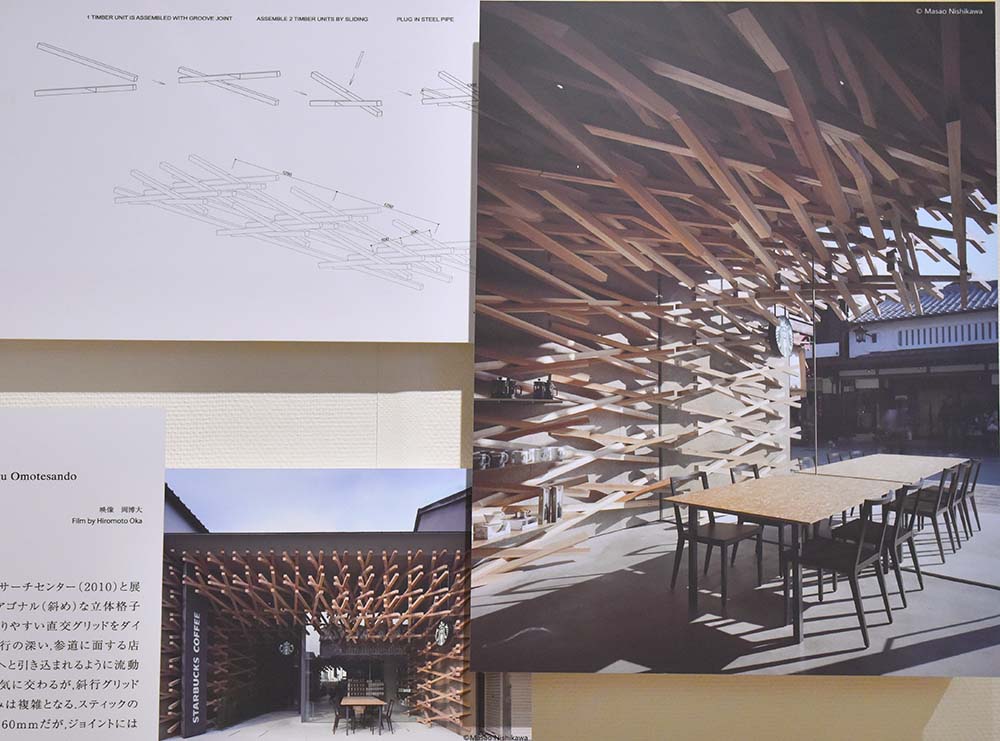 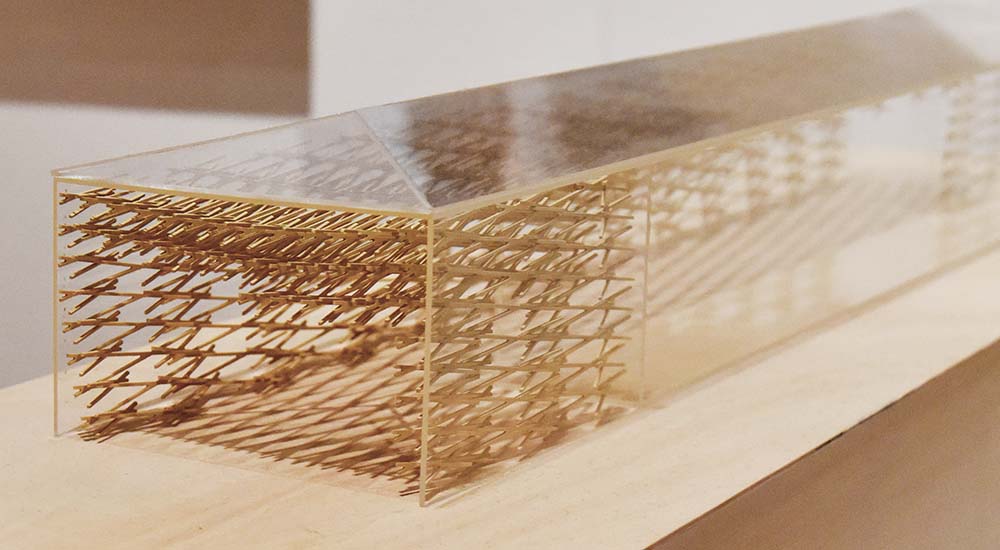 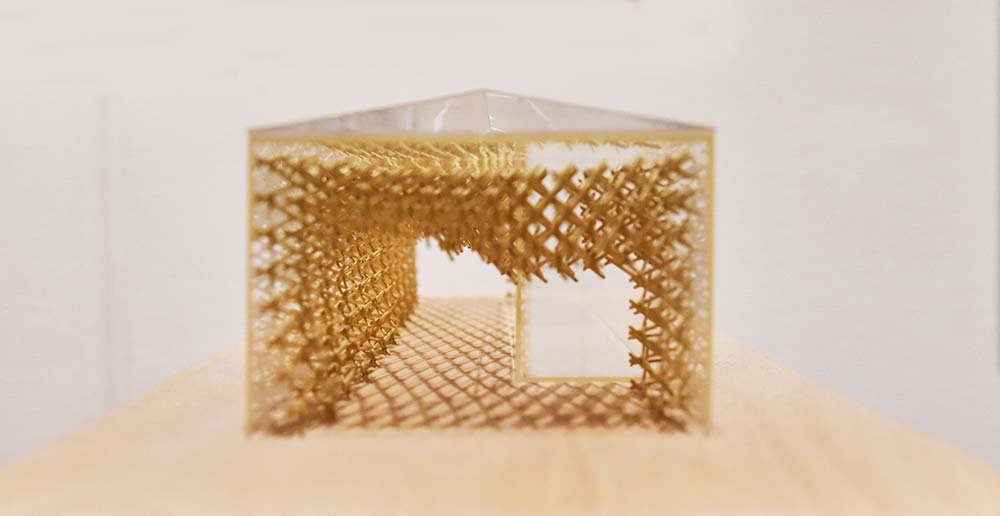 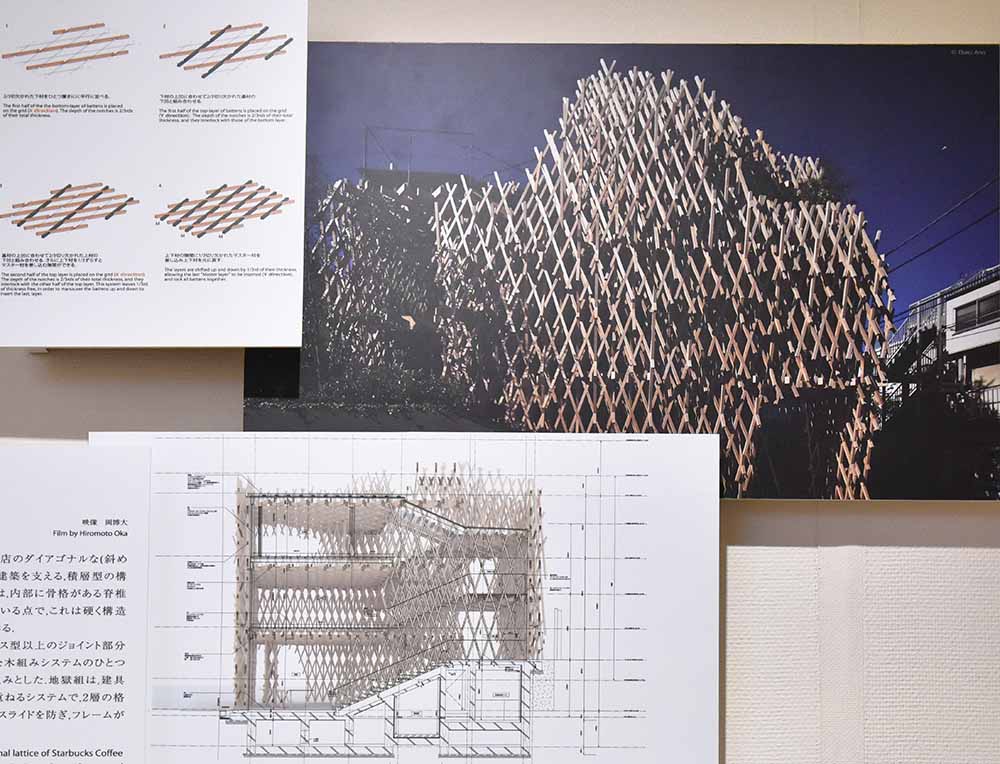 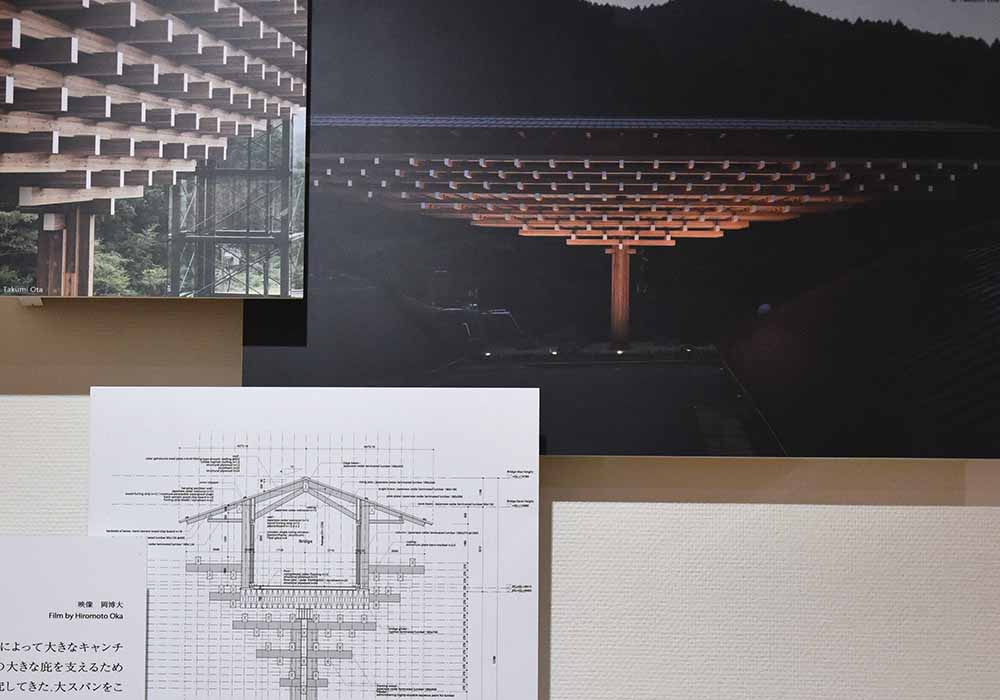 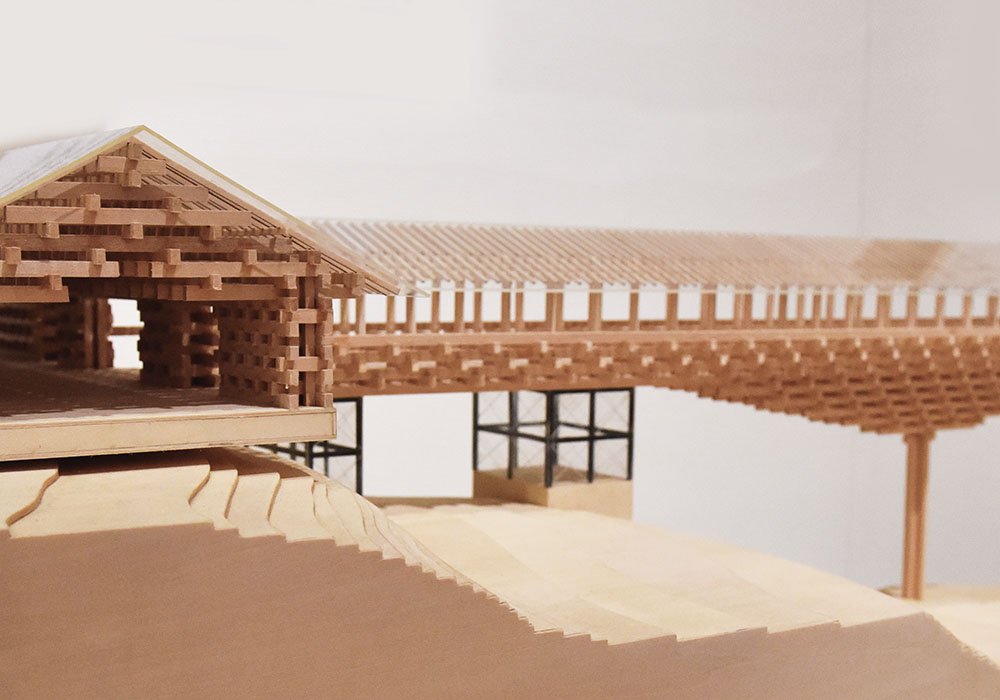 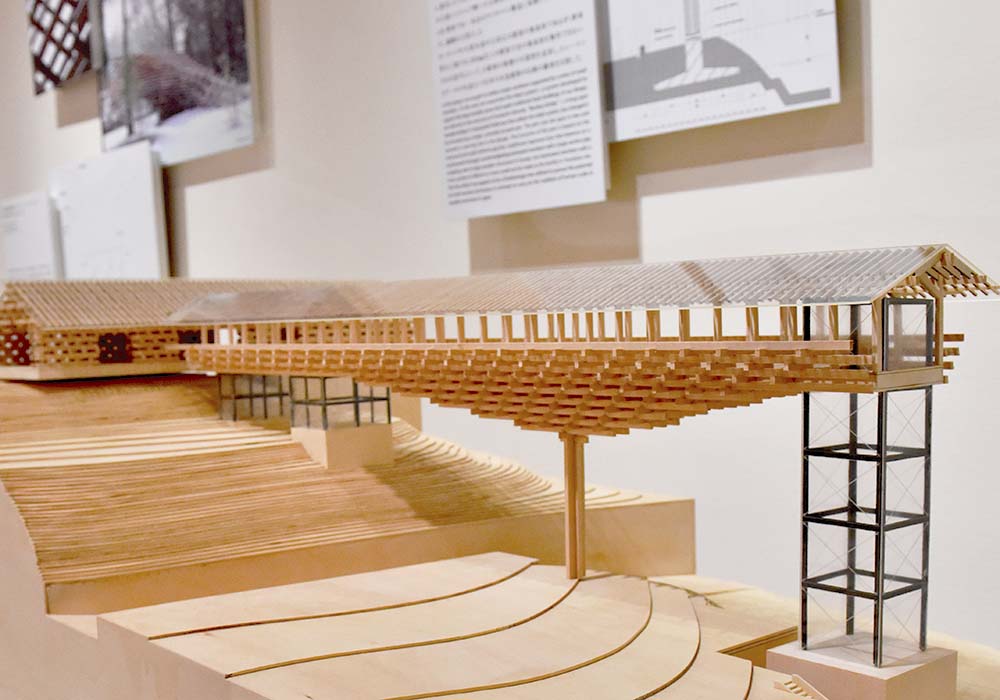 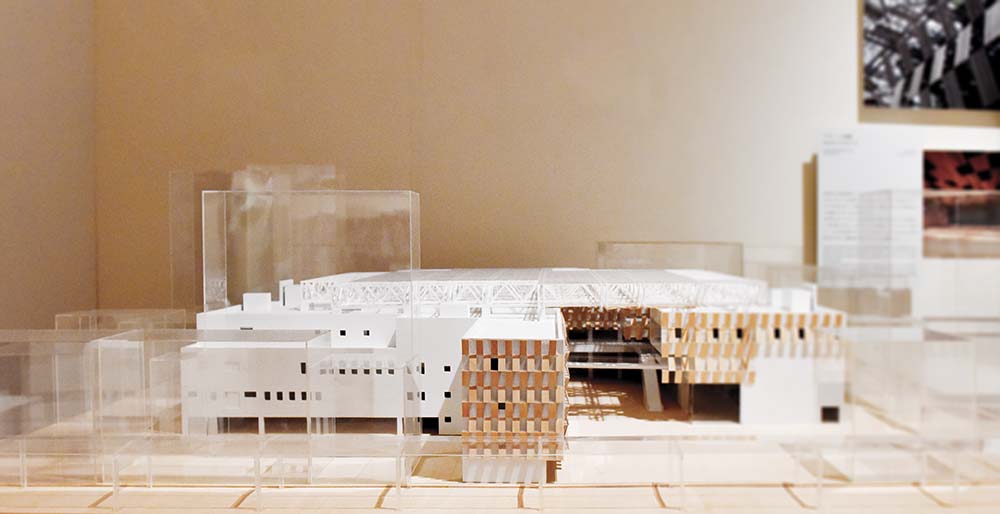 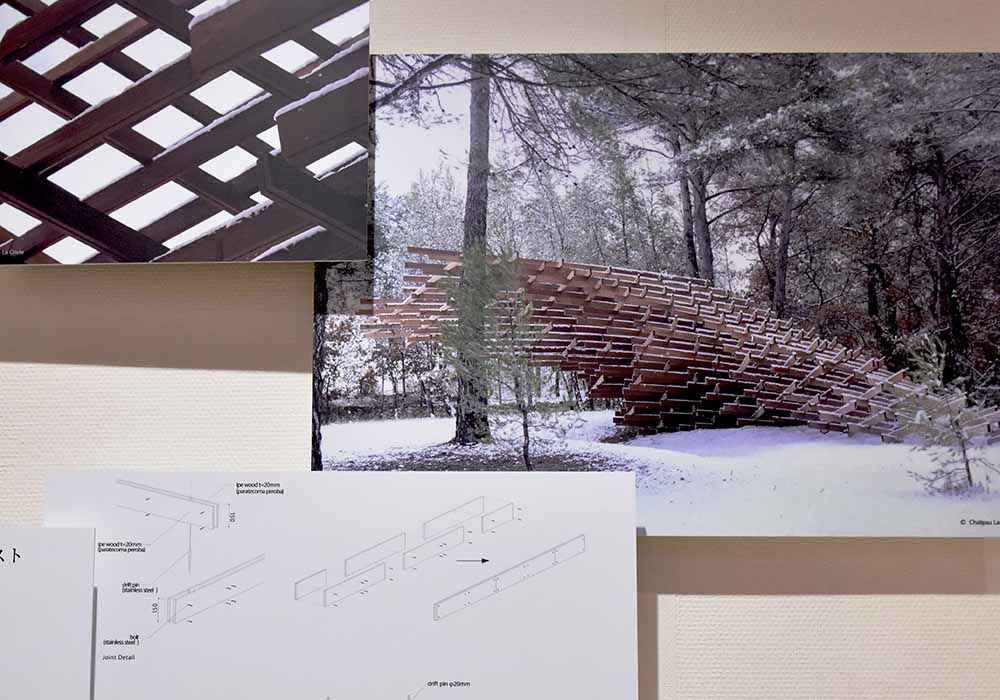 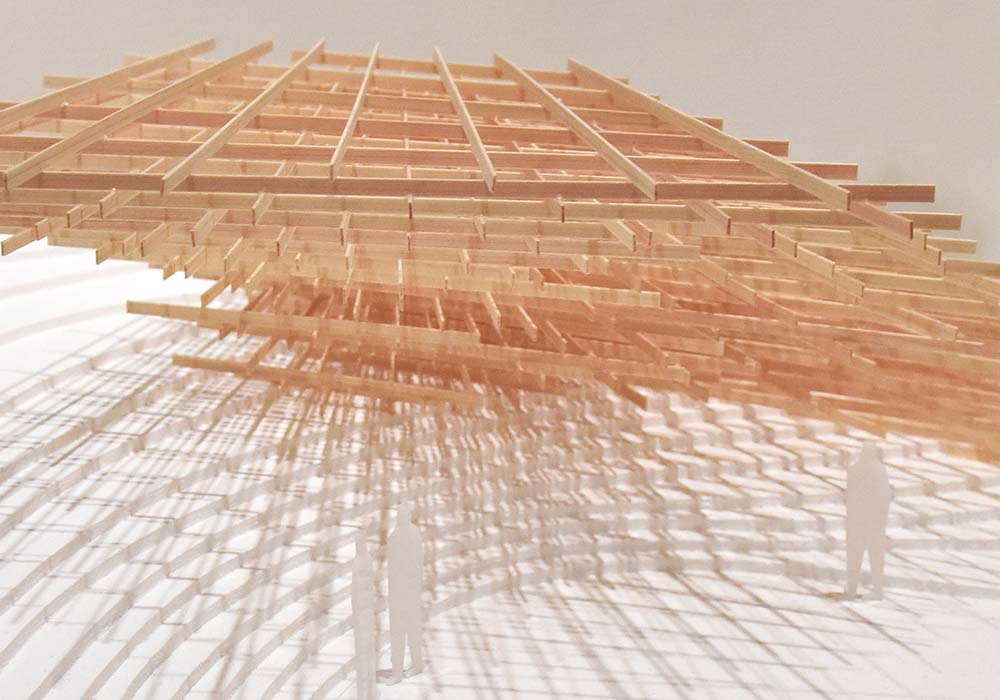 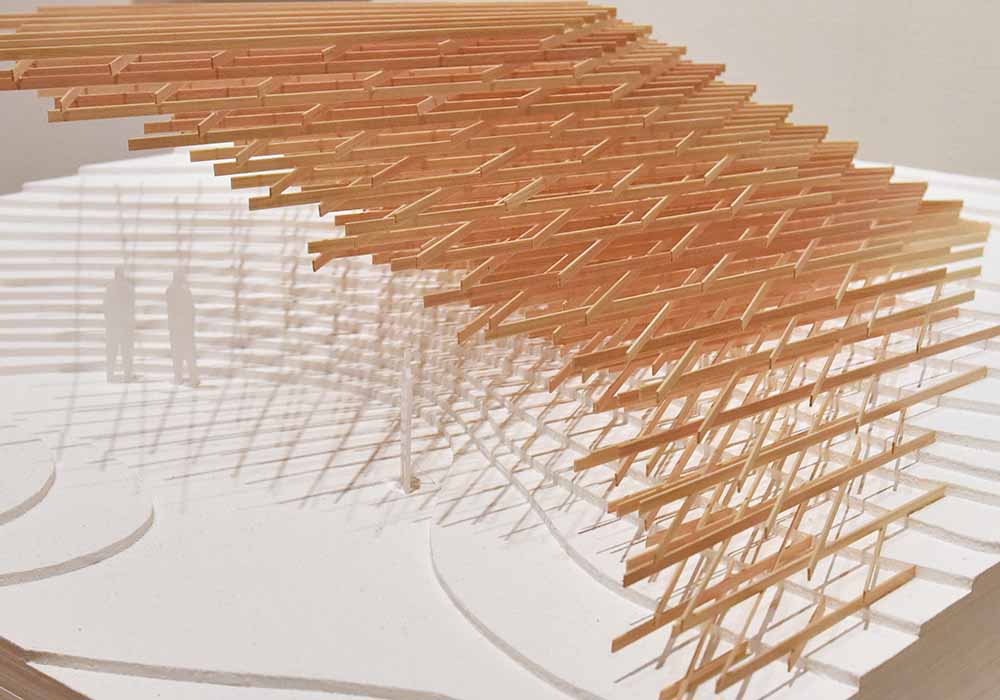 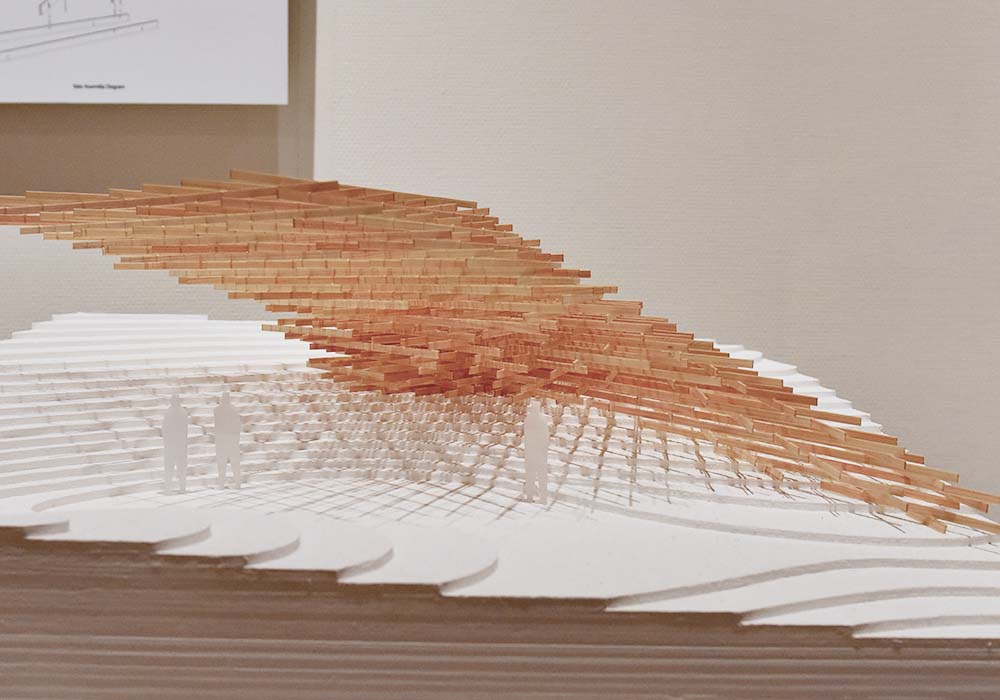 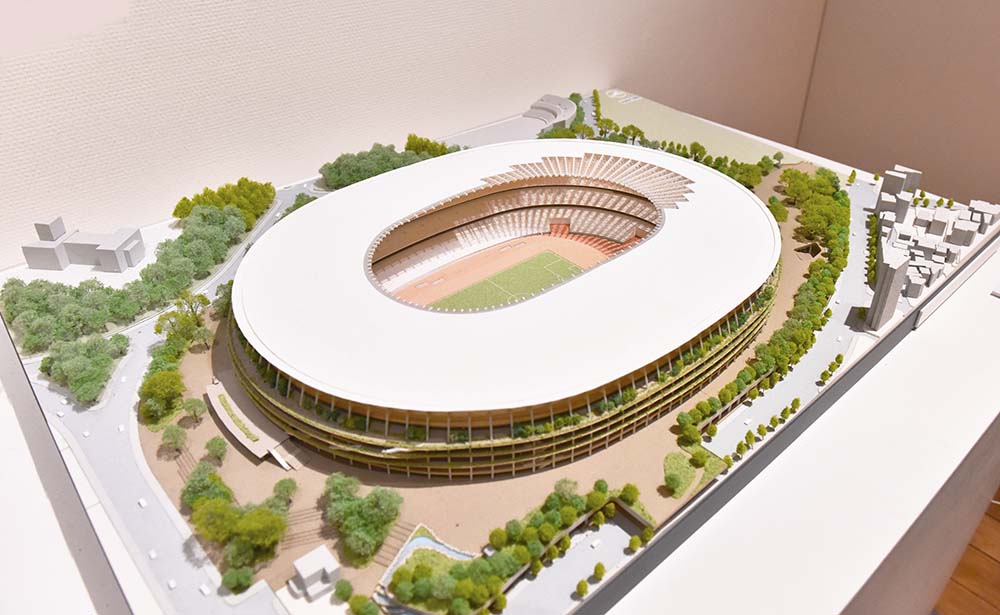 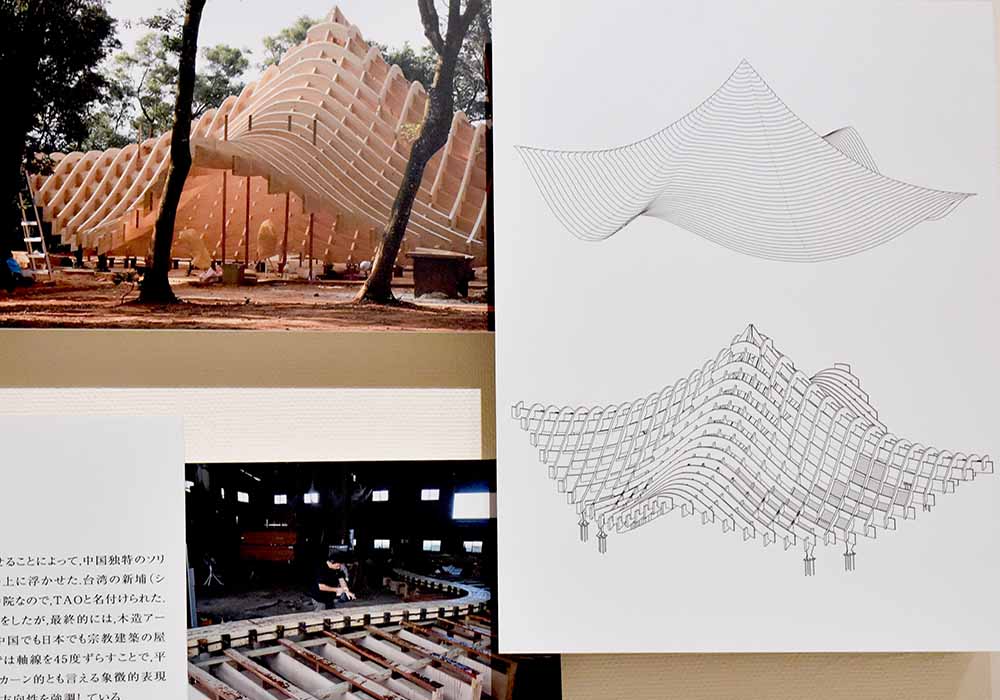 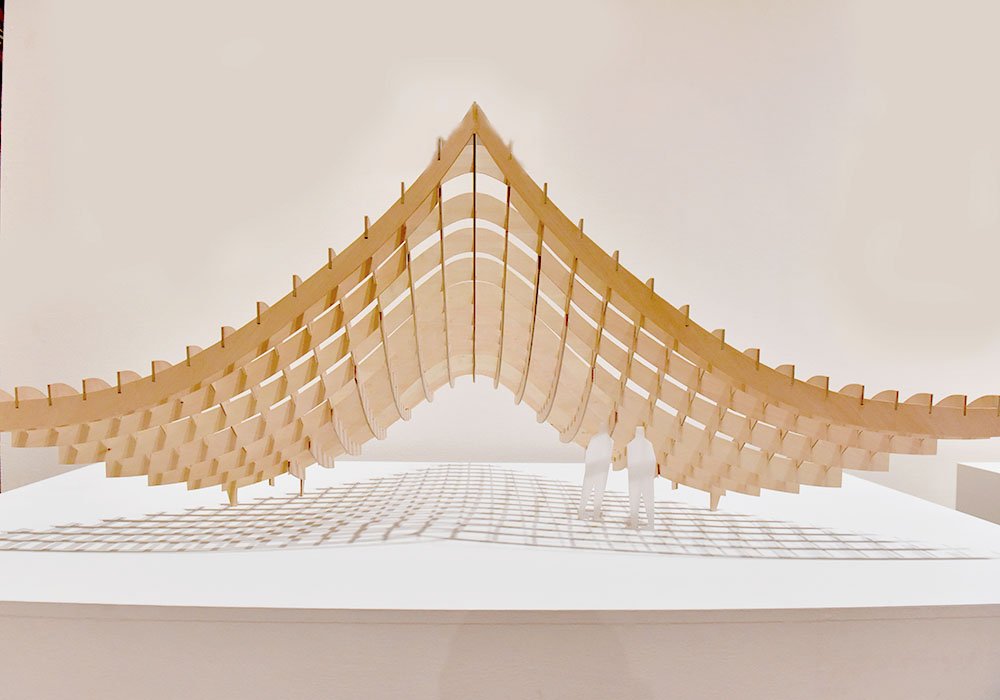 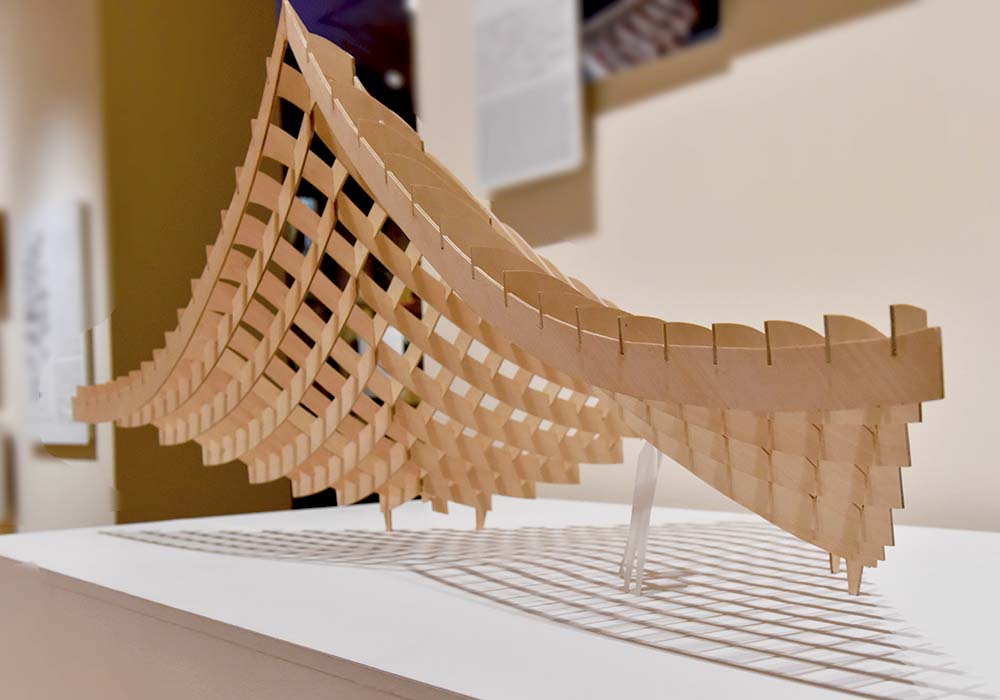 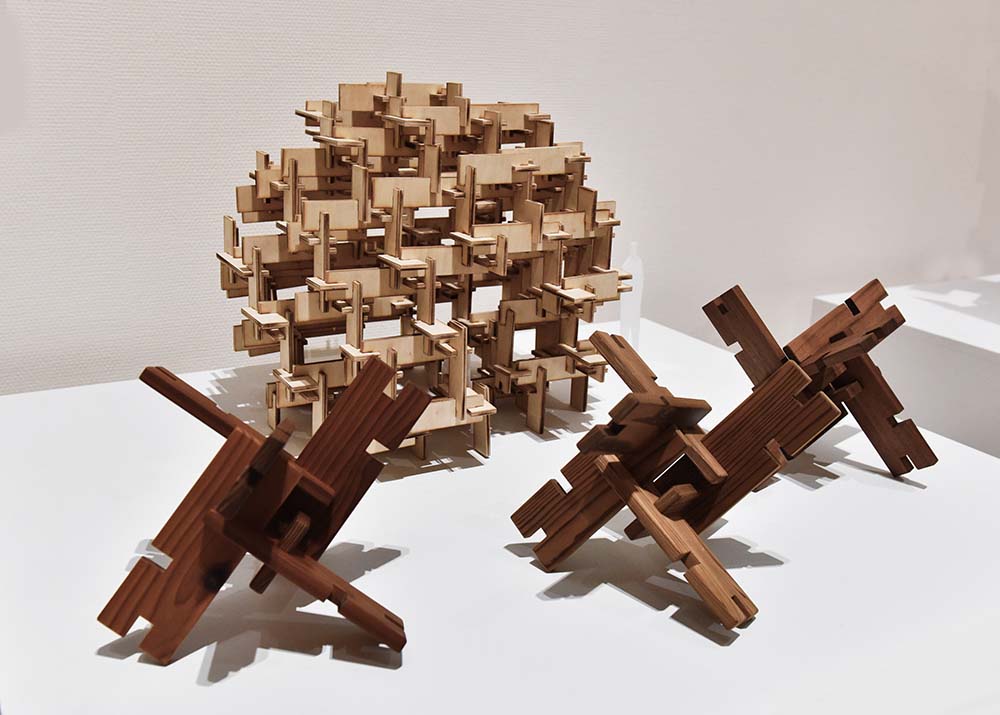 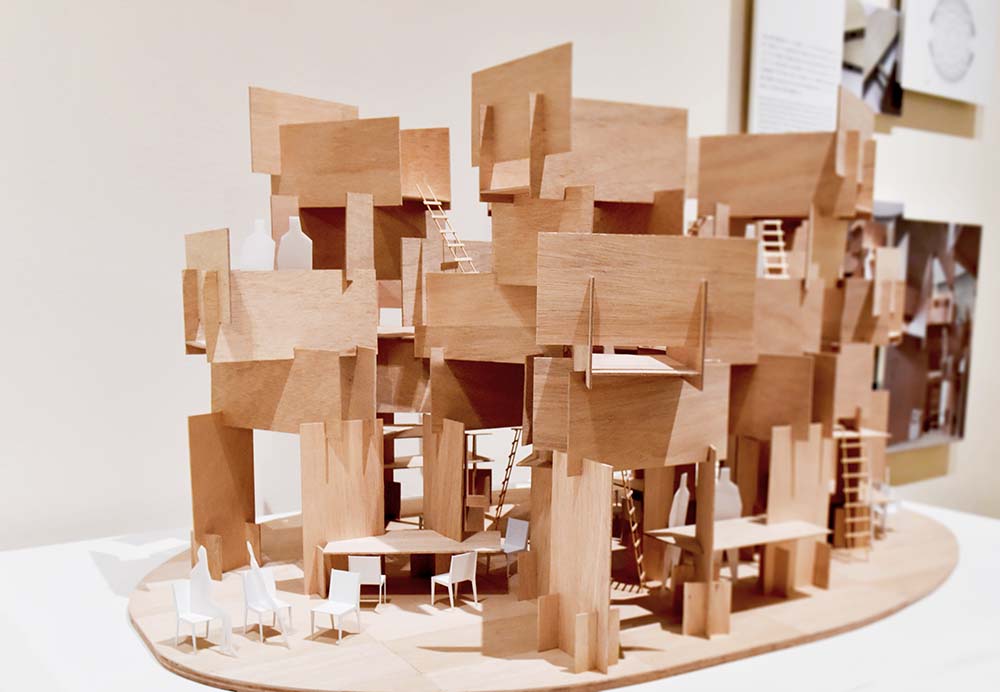 The Forest for Living
Location: Shanghai, China
Design and construction: 2013