粋 Iki is an important Japanese aesthetic term that bridges traditional values and modern ones. It’s quite different from a term such as wabi-sabi.

Comparison of wabi-sabi and iki

But it’s not easy to define iki because it’s almost like a living word to describe in the way you behave or dressed. There are a lot of room for each individual to pursue his/her own version of iki, which is, according to dictionary, behaviors that are stylish and/or sexy, but in a simple, low-key, implicit but crisp way – it’s almost the opposite of being tacky. For example, you are iki if you 1) know how to choose and coordinate simple but good taste clothes, and 2) can make small tweaks on them to give unique accents, which are so cool that other people would want to copy them. You are also iki if you could “make banal clothes cool again” without relying on any flashy additions. Iki is also used, for example, when you are a socialite but prefer sneaking out the party when no one’s watching, but make sure to pay for the entire party.

It’s important to remember that iki is a very Edo (current Tokyo) value, compared to Kyoto ones, which are about aristocratic authenticity, sophistication and elegance. Edo was built for samurai and supported by citizens engaged in commercial activities, who were good at finding fun at every aspect of their otherwise not-so-easy everyday life.

Japanese philosopher Shuzo Kuki (1888-1941) is widely considered as the first intellect who attempted to analyze what iki really embraced. In his highly scholarly book “「いき」の構造 (The Structure of iki),” he observed that the stripes as patterns perfectly represent what iki was about. Stripes are lines that run parallel without ever converging each other. Even when you yearn to be one with someone else, it’s impossible. It’s this insurmountably that constitutes the gist of iki: unpronounced but desperate desire for someone, and the courageous acceptance that your desire will never be fully satisfied.

So here is the collection of Ukiyo-e by major Ukiyo-e painters, which depict Edo’s iki culture vividly, with people that wear kimono with stripes. (or in some cases, the stripes are used as an accent). See if you can feel the vibes of iki. 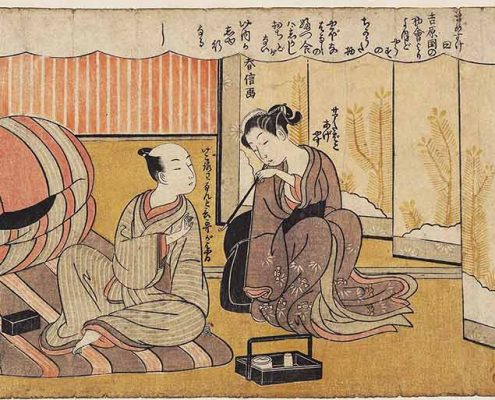 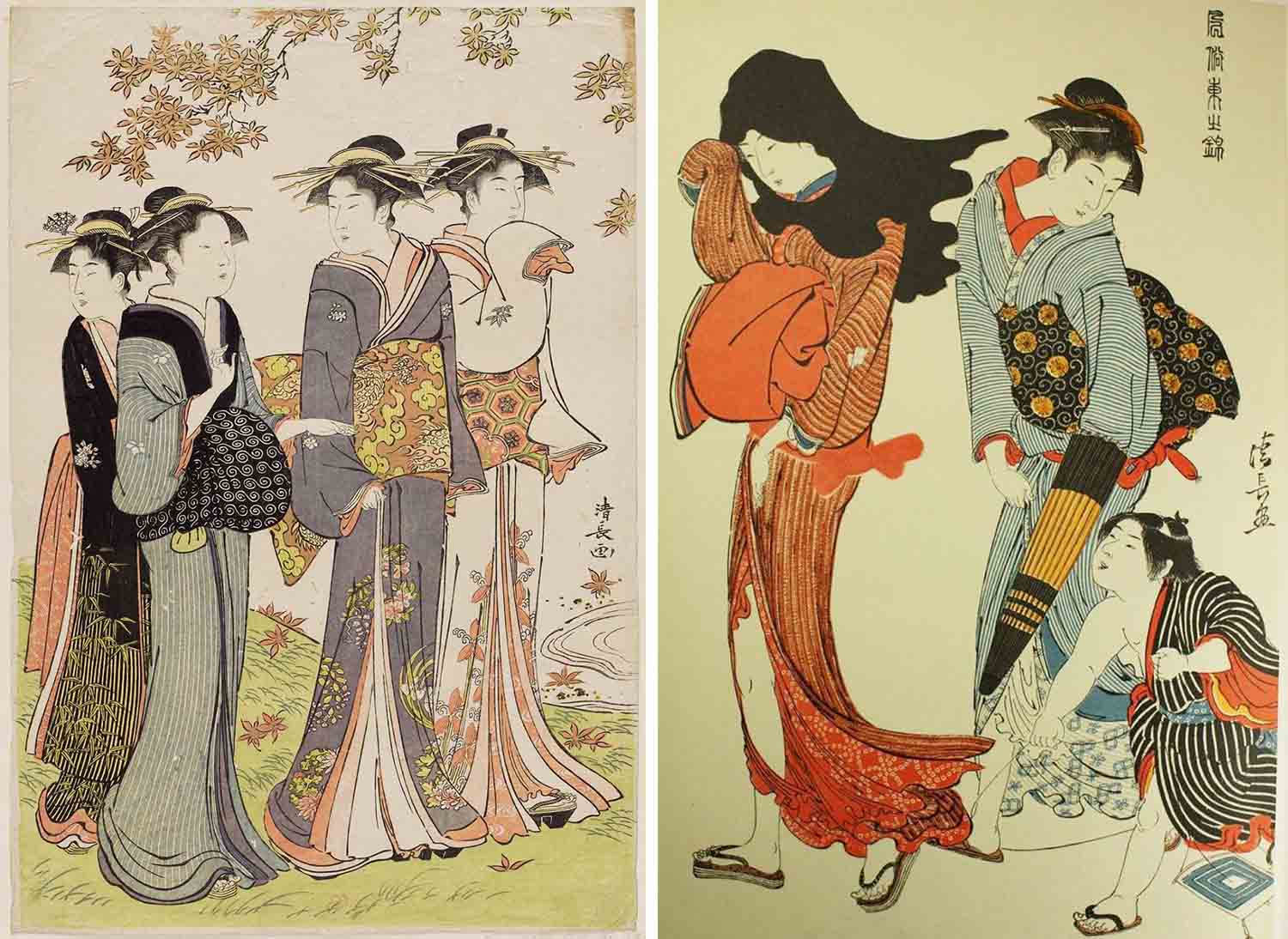 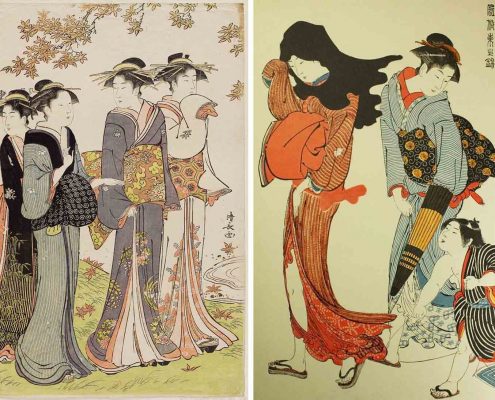 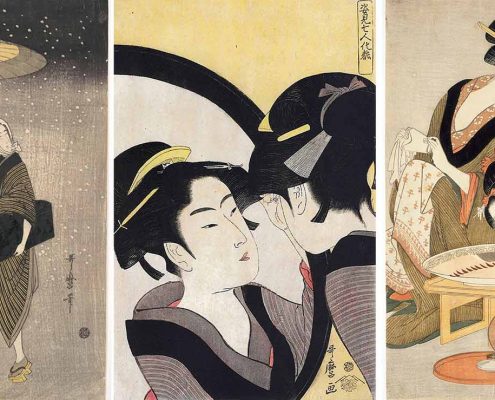 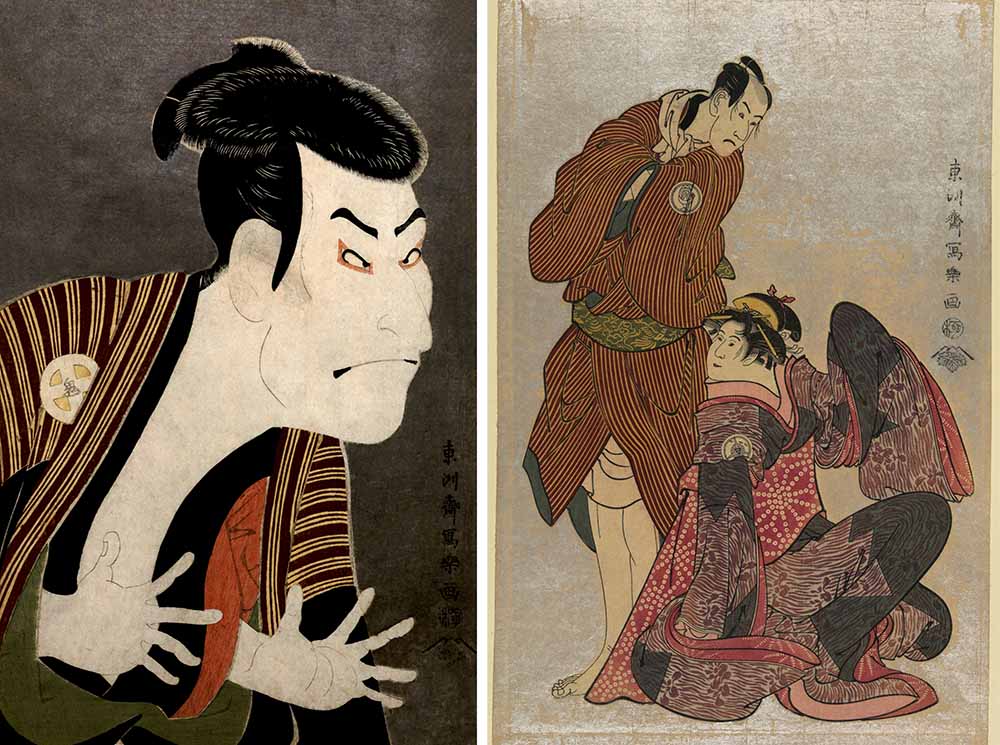 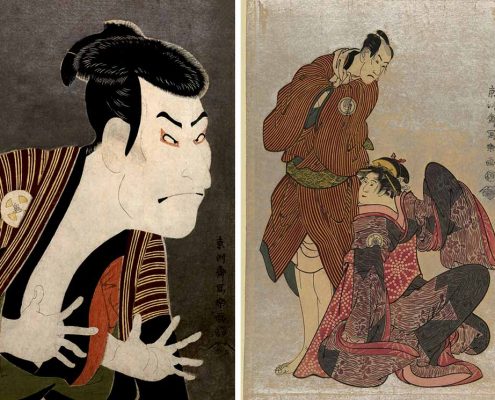