The “House N” (2008) is one of the landmark works in the early career of Japanese architect Sou Fujimoto who now enjoys a global reputation as an architect who designs unexpected and yet wonderfully organic buildings such as “L’Arbre Blanc” in Montpelier, France.

You have an opportunity to experience House N now, as its edited version was created as a model as part of the intriguing exhibition “The Window: A Journey of Art and Architecture through Windows” (have you ever heard such a thing as windowology?) currently held at the National Museum of Modern Art, Tokyo.

Originally designed for the family of his wife, the “House N” is made of multiple layers that ambiguously and serendipitously define the relationships between the inside of the house and the outside environment. At the exhibition, the model was produced as a two-layered version and named “Living within/without Windows” (confused? bear with me) to emphasize the theme of the exhibit; to re-discover windows as a gateway to civilization and culture (per the Window Research Institute that co-organized the exhibition), or a gateway to connect humans with the surrounding environment.

It is amazing to find how the model – which looks like just a white box with random openings (windows) from the outside – changes its status/quality as you wander into its double-layered, intricate world. 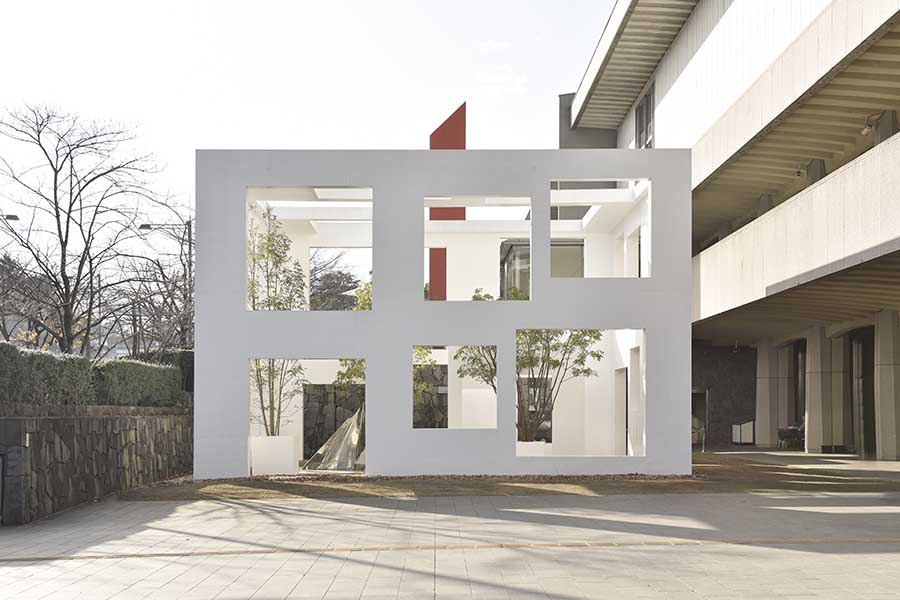 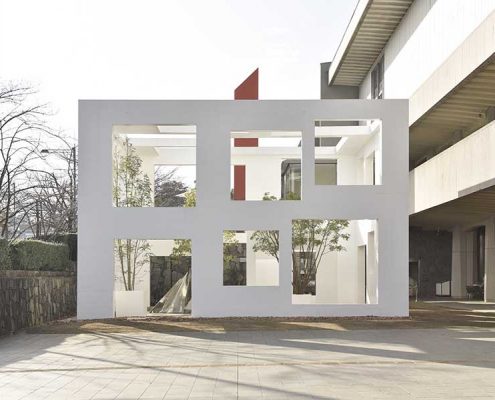 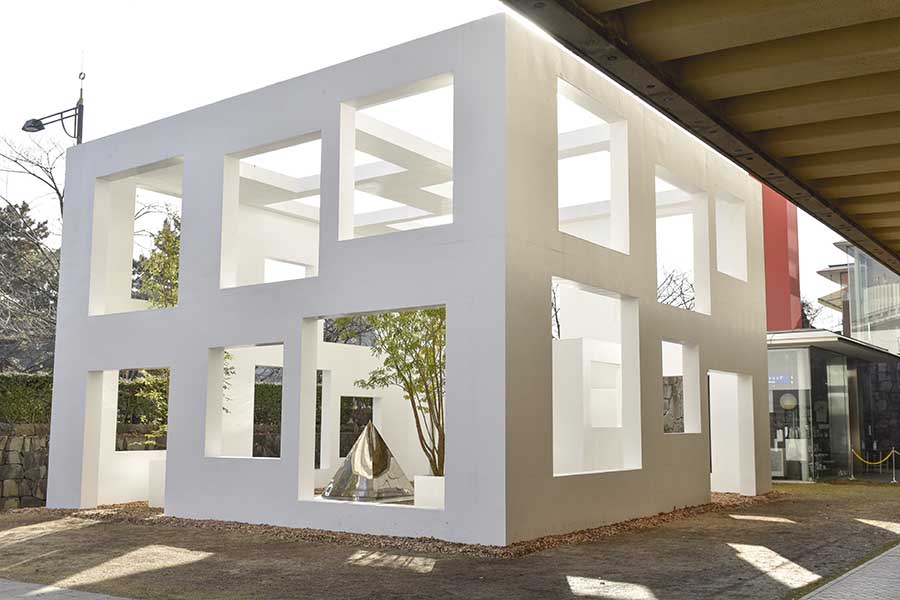 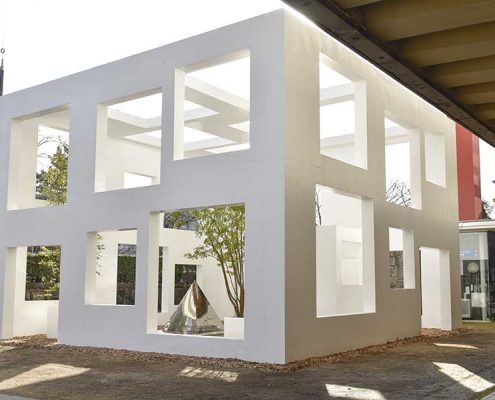 Fujimoto became an independent architect after completing his studies at Tokyo University, but this was an unconventional path in Japan. As he struggled to find clients (as a complete newcomer in the industry), he spent an enormous amount of time reading, contemplating, imagining and envisioning what his architecture would look like once he started receiving offers. The knowledge and inspiration he accumulated during those days of “prep” later became the foundation of his creations. Fujimoto recollects that one of the most powerful inspirations came from “Order Out of Chaos: Man’s new dialogue with nature,” a book co-authored by Ilya Prigogine (Nobel Prize laureate for his research in thermodynamics of non-equilibrium systems) and Isabelle Stengers (philosopher).

The book was a “sweeping critique of the discordant landscape created by modern scientific knowledge” that was inspired by the philosophical implications of thermodynamics. Fujimoto was stunned by the idea that order – a very modern concept that brings predictability and stability when it’s large and solid – could actually be established by assembling fractional relationships among smaller parts or elements.

Take a forest, for example. It could be considered as a chaotic system since no one designed it based on a certain order. However, of each and every element that spontaneously constitutes the whole that we call a forest – many are really small – and interact with each other and maintain a certain harmony and balance which can be called order. Even when no one purposefully designed the layout, each element plays its role to make a forest function as a system that embraces uncertainties and unexpected events.

That was a very powerful message, Fujimoto recollects. “It became my ambition to design pieces of architecture that are made of small parts that relate to each other to create a whole, which embodies order, uncertainty and spontaneity (or chaos) at the same time.” The theme of the “forest” sank deep in Fujimoto’s mind, and has been appearing in his work over and over again. The House N is one of its early manifestation.

As mentioned earlier, the original House N – yes it’s a real home still in use – looks like a white box with random openings/windows, but it’s actually made of three boxes of different sizes that were placed inside each other, just like Russian Matryoshka dolls. The smallest inner shell is the most protected/private area, and the largest is the most open to the outside. In between the middle and the largest boxes sits a patio which is the “outside” brought inside the house. 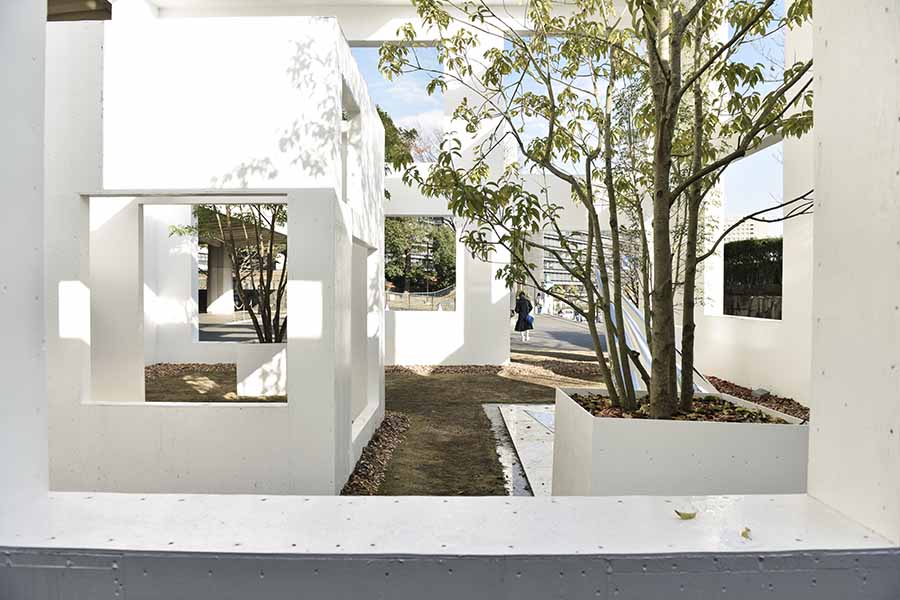 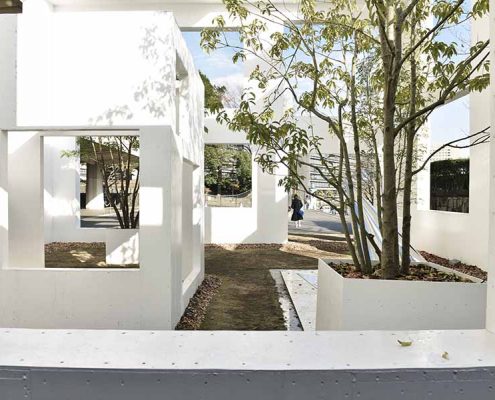 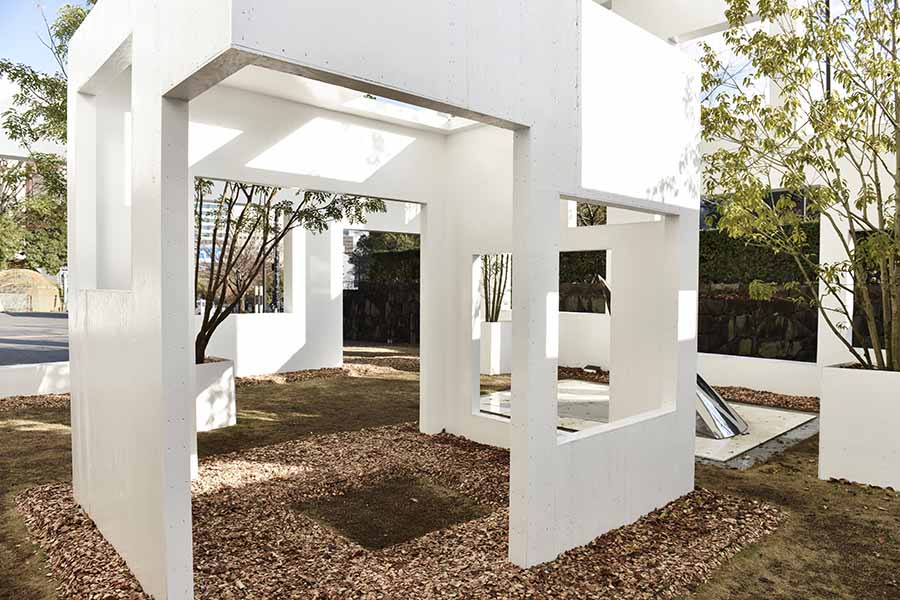 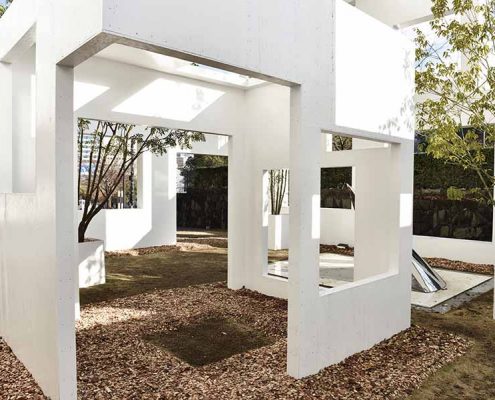 At a glance, the house seems to have too many openings in order to ensure privacy but that is not the case. The walls of the original House N have different thicknesses – 220mm, 180mm and 138mm from outer to inner, and those differences really twist dimensional sensations: if you look from the outside, the interior looks surprisingly deep (you cannot know what’s going on inside so privacy is secured). But from inside, the patio or the outside environment seem closer than the actual distance. In addition, openings apply the golden ratio so that people’s eyes are drawn to them, not to the walls. (NOTE: the thickness of the exterior walls of the model of “Living within/without Windows is 319mm, and of the interior walls is 109mm. Also, its openings do not use the golden ratio) Although the design and layout of the walls and openings look random, they actually play different roles to make the House N an intricately woven whole, just like a forest in which small elements relate to each other to achieve certain functions such as creating a canopy. It’s baffling to realize how much dimensional depth Fujimoto managed to add only by exploiting the relationships between the walls and/or the lack thereof. 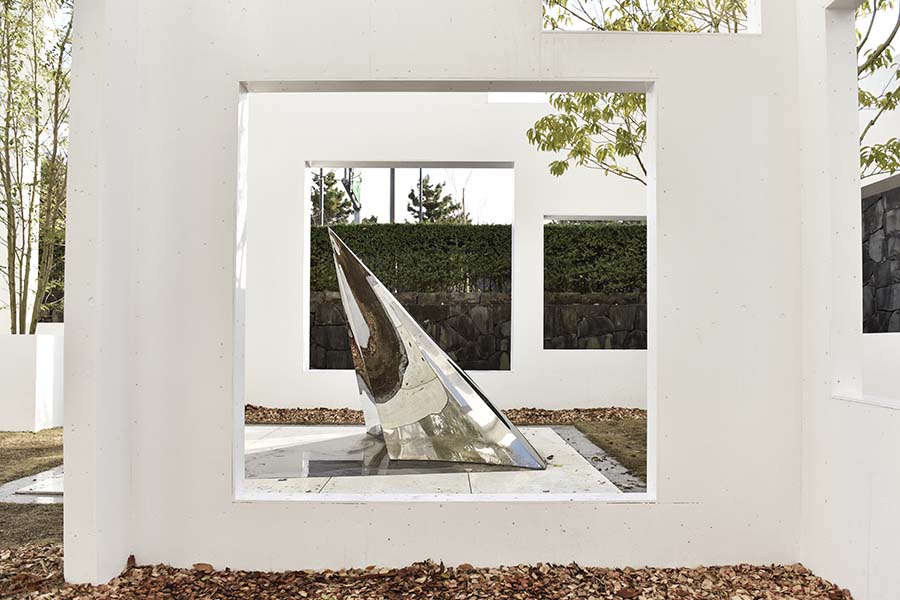 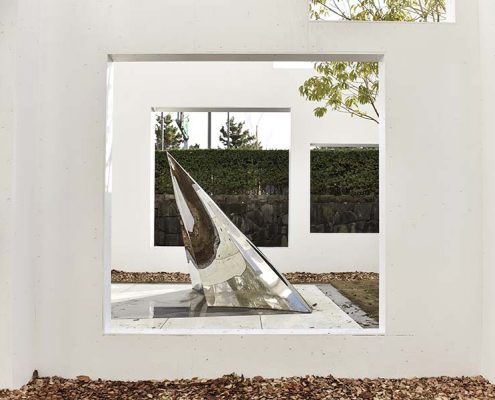 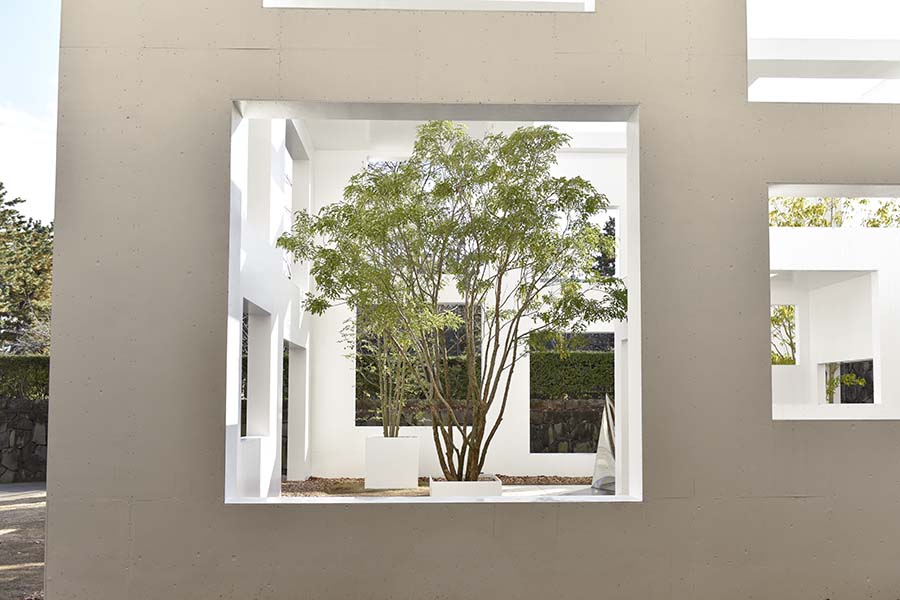 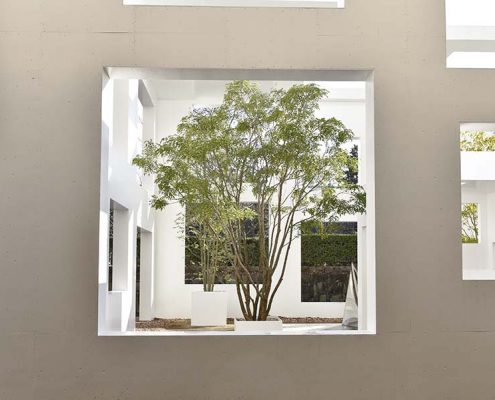 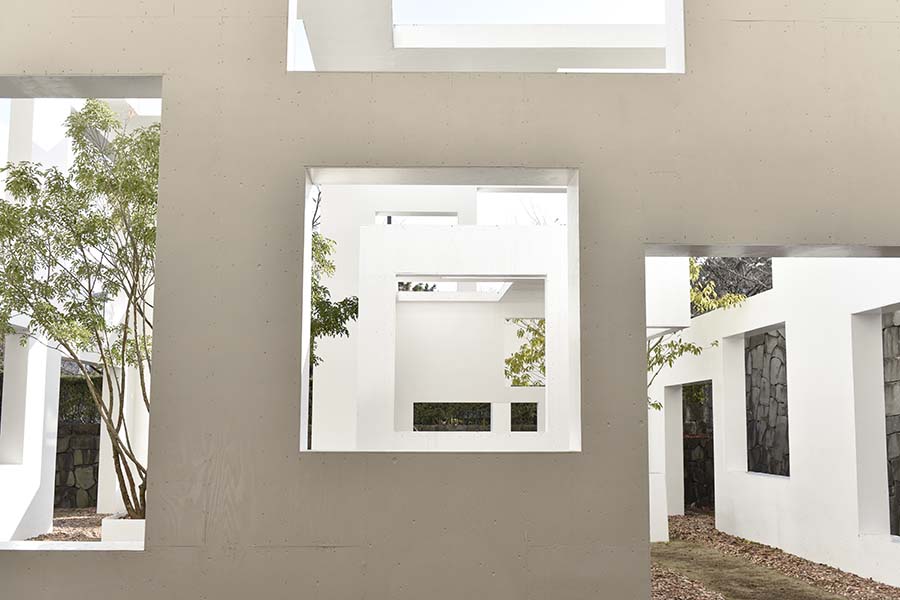 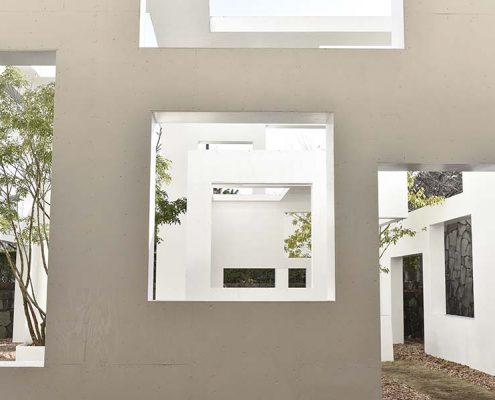 As Fujimoto magically erases the spatial limitations from his design, it would be worth mentioning that the actual House N is a relatively small building with a total floor area of 85.51㎡ and a built area of 150.57㎡. The model of “Living within/without Windows” is even smaller. However, as you can see from the pictures, it’s almost impossible to feel the “smallness” of this house which reminds us one of the fundamental rules of nature, to which we rarely pay attention.

If you’ve ever observed how ants walk in a single file, you must have noticed that their path is not a straight line. Obviously they see tiny obstacles or sense subtle smells that humans cannot detect in order to choose the best route. Even when it seems “empty,” the space the ants walk through is far from being a vacuum and full of things like substances, latent heat or potential (as described by physics) that keep colliding with each other, constantly creating a new status, possibilities or elements. In reaction to the fluid environment, ants make their collective decisions, which appears to our eyes like aimless winding.

The same applies to our houses and rooms. Even when the inside of a house looks empty, there are a lot of things going on at a microscopic level because air moves, molecules collide and heat flows. It’s never the same condition since new potential is always emerging. But as we are oblivious to those subtle changes, we often carelessly block the flow within the space by blocking off the rooms from the outside and from other rooms. We are inadvertently making our environment stagnant.

But Fujimoto placed walls and openings intricately so that elements can flow through them and change course/status by spontaneously colliding with each other. There is always something new emerging in its environment. Again, just like a forest, this sense that “things are constantly renewed here” must give this house a colorful impression of expansion and liveliness that is not bound to physical smallness. A space could look small and limited when its invisible potential is ignored. But Fujimoto knows how to unleash it. Just as you feel refreshed and relaxed in a forest, this house makes you feel comfortable. He proudly announces that the owner of the House N says that “people who come here don’t want to leave.” 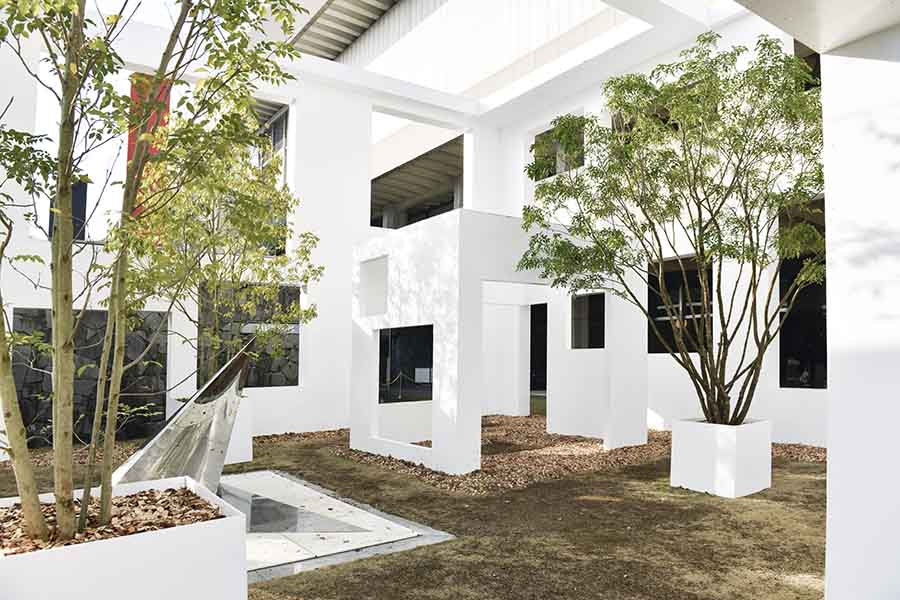 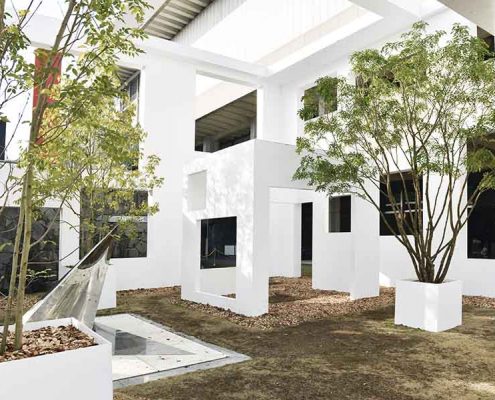 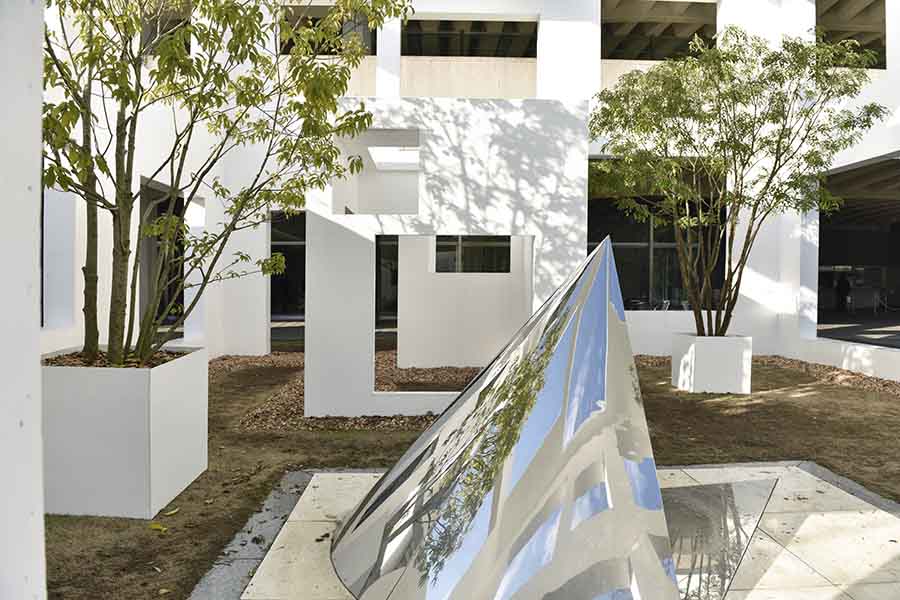 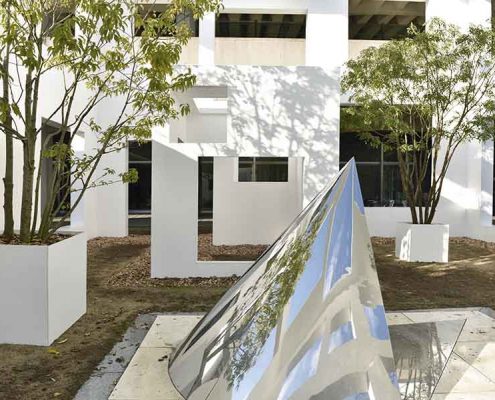 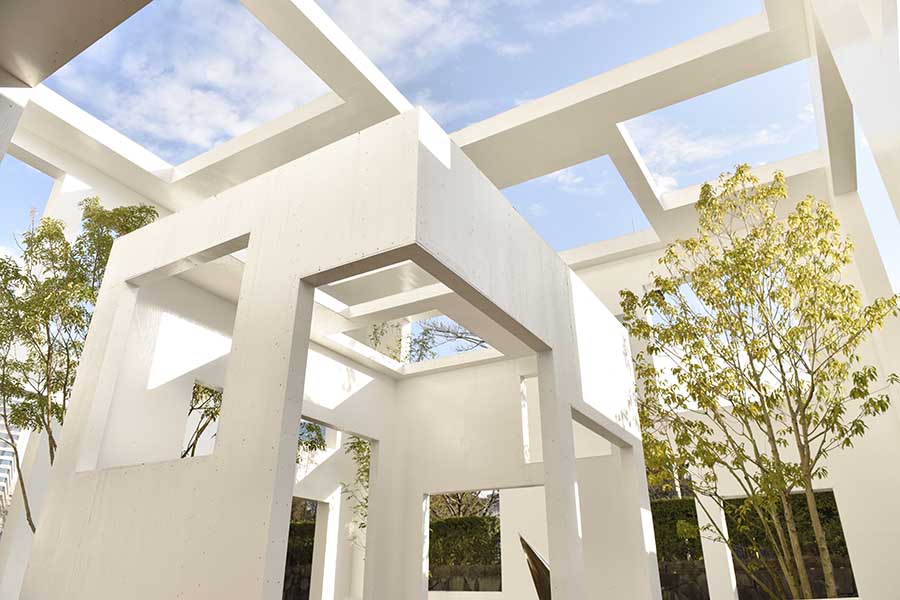 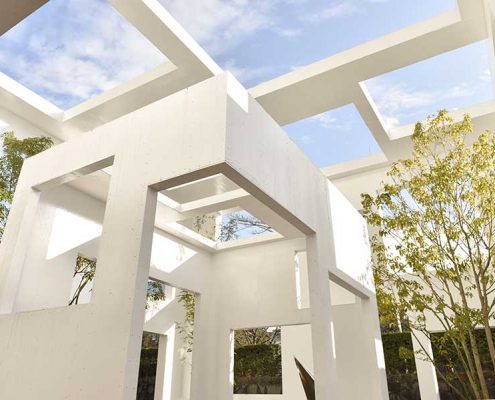 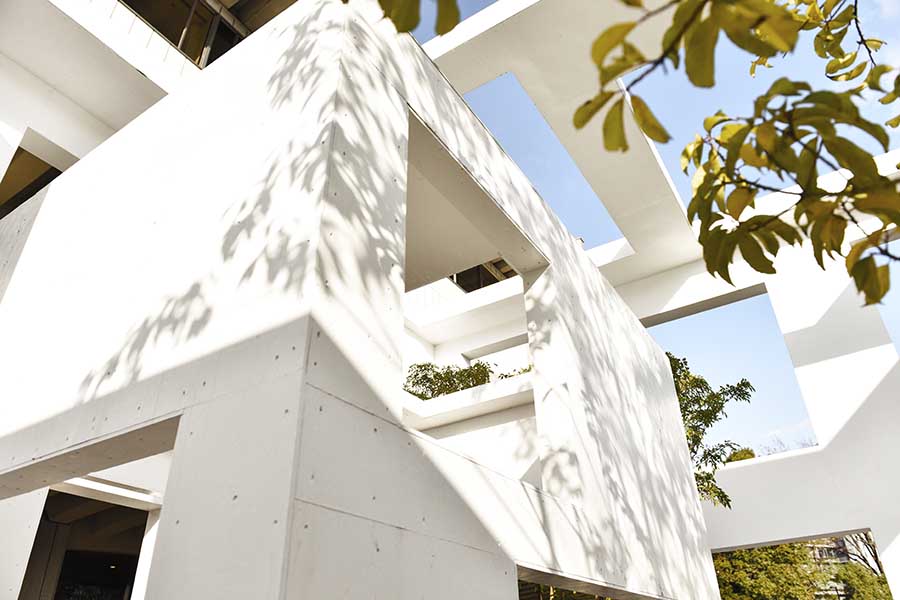 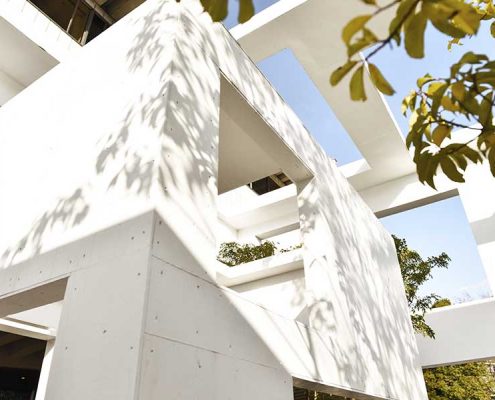 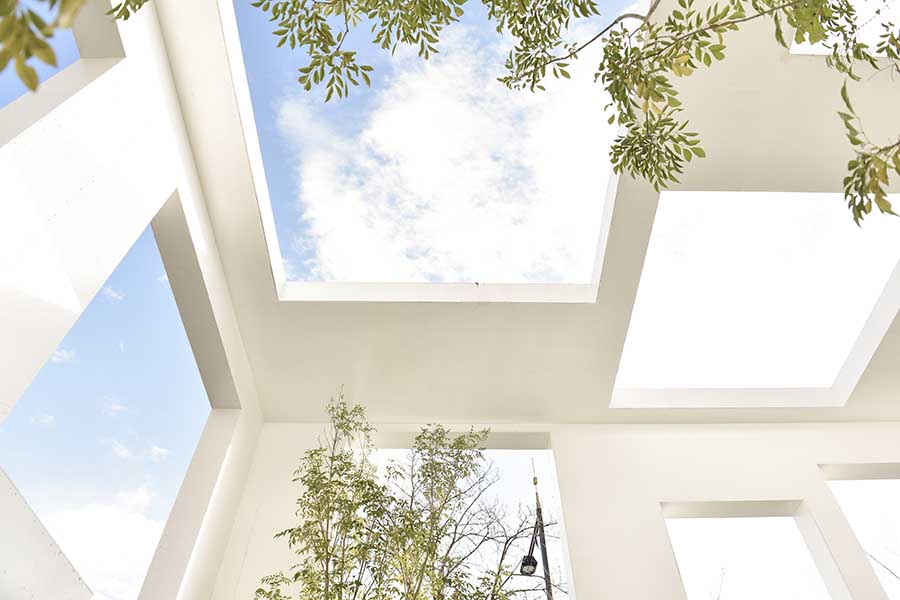 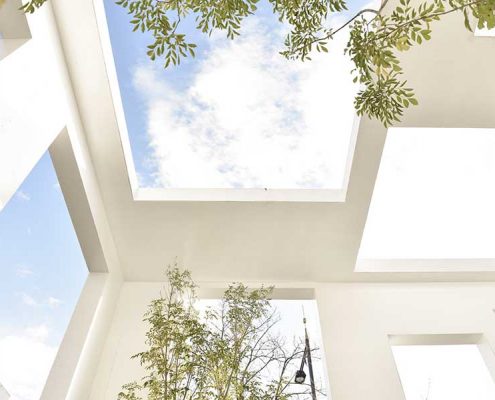 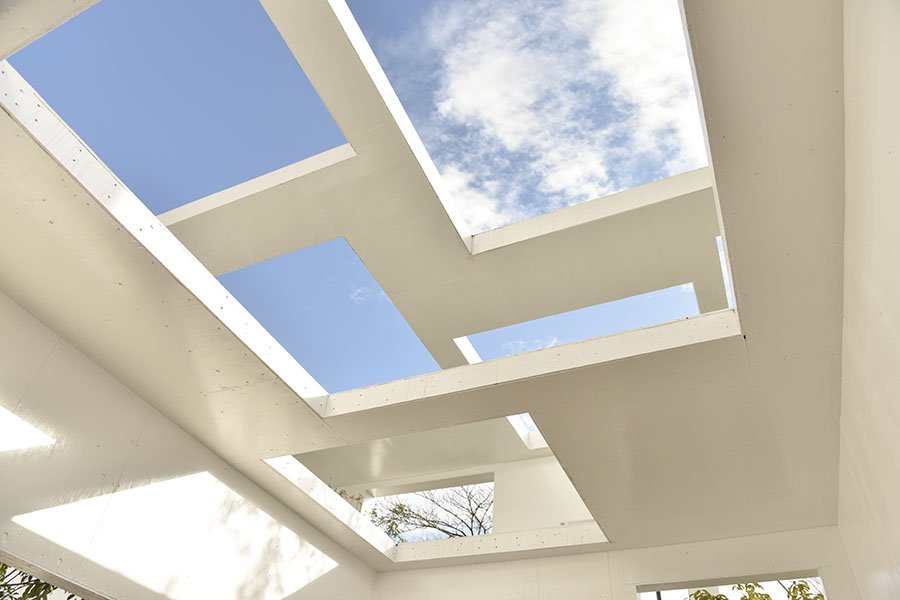 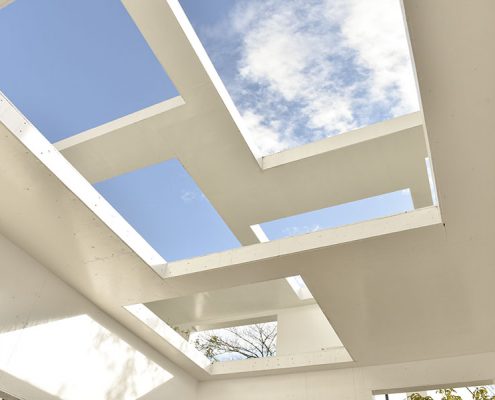 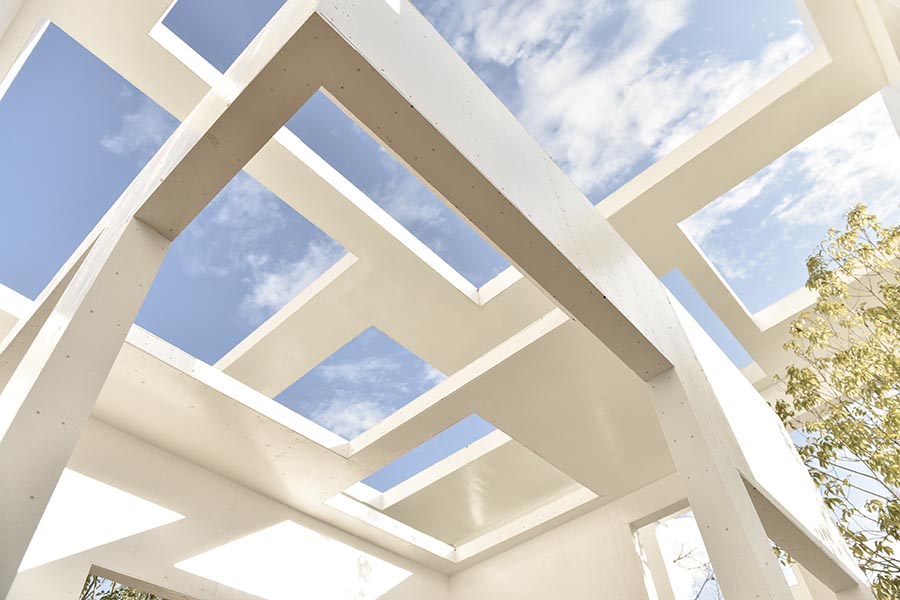 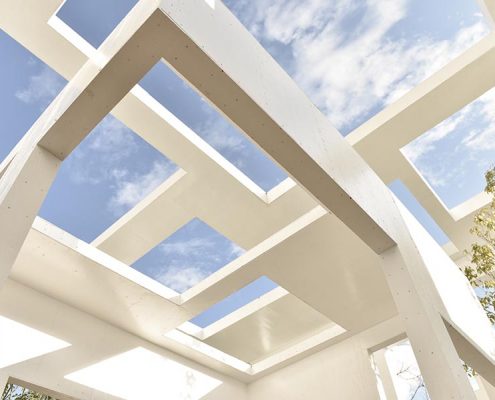