For a truly sustainable world, everyone, not just professionals and experts, needs to participate in “designing.” There is so much we can learn from architects, because architecture is at the forefront of designing the nature-human interaction, which can ultimately determine how sustainable and resilient our society is going to be.

In an increasingly resource constrained and crowded world, values cherished by the modern economy may look obsolete.  Instead, attributes that we thought were negative, will start revealing their true power.  It’s the potential that helps us become resilient and feel satisfied.  This may sound peculiar, and may not fall within a conventional sustainable architecture discussion, but is becoming increasingly critical. 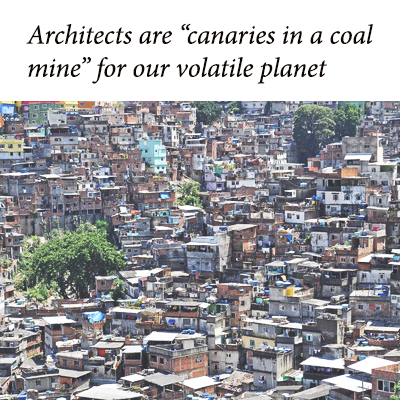 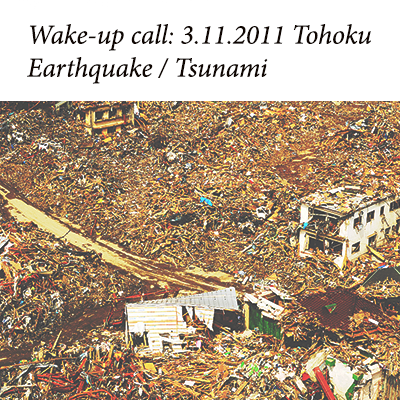 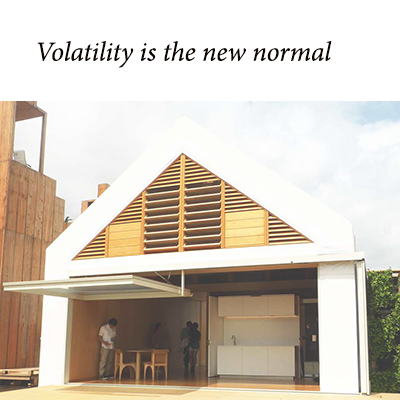 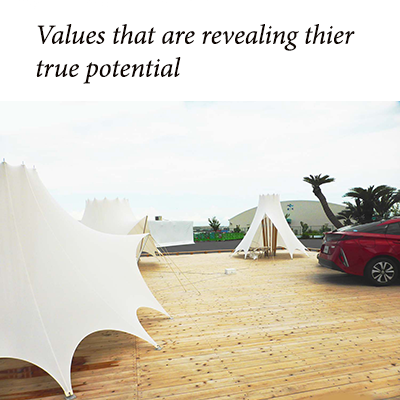 Our planet is running out of resources as the population keeps increasing exponentially, and we collectively consume more and more.  And the dire consequences of environmental degradation, including climate change, are becoming imminent threats to our lives and assets.  In this increasingly volatile world, architects are the “canaries in the coal mine.” 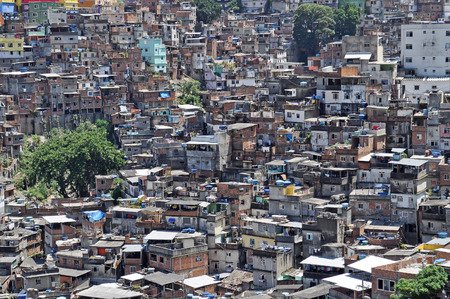 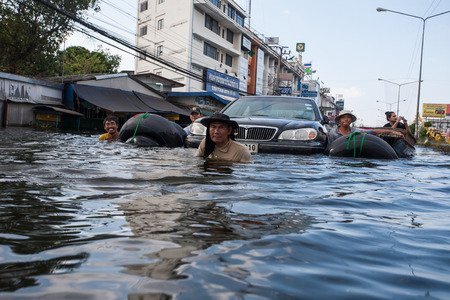 If scientists are at the forefront of evaluating the consequences of the nature-human relationship, then architects are at the forefront of designing such relationships, not just technically but also philosophically, which will ultimately shape how we interact with nature and natural resources.  With their keen sensitivities, many architects are feeling the rapidly changing implications and vulnerabilities of living on this planet.  Their works are the early indications of how our life is changing, and how we should be pursuing happiness in the ever-changing and unpredictable environment.

The “20th century was a century of concrete,” says Kengo Kuma, a prominent Japanese architect who is famous for using delicate organic materials, such as wood and paper, for his work.  Concrete represented everything the modern economy wanted to achieve: larger, higher, stronger, sturdier, and more efficient.  So darn efficient. Concrete helped shape the way we interacted with nature — forcefully reap as much resources we could, and disconnect and shield our vulnerable body from any threats posed by nature.  And we all thought it was working great.  We were pretty confident that our system had become so reliable that it would protect us no matter what would happen.

Japanese and the world witnessed the very system that was supposed to protect us turn into debris in the blink of an eye, and start to suppress our fragile bodies.  It was a stark reminder that something we made in order to create value could suddenly become an arduous and hazardous burden we couldn’t even move.  And it is a mercilessly irreversible process: once it happens, there is nothing much we can do to alleviate the damage.

Upon this tragedy, which also jolted the very viability and efficacy of modern architecture, architects wasted no time to react.

Due to its unprecedented scale of damage, the 3.11 event triggered profound and fundamental questions that went way beyond disaster relief. Many people lost everything they owned: family, house, job and community….any kind of security you could think of.  They desperately needed hope and goals to which they could hang on, in order to collect whatever strength that was left, and live through it.

They had to re-shape their life path, and re-design their happiness, to survive excruciating wounds.

An especially material question was whether or not they wanted to restore what was washed away, which was essentially values and affluence that modern architecture had achieved, and go back to where they were before the 3.11 disaster.  They had to ask themselves if they needed to get their homes and things back to be able to feel happy again. It was especially an imminent question posed to architects, who helped disaster-ridden communities design and build shelters, temporary housing, and eventually re-establish normal life.

The restoration efforts of the 3.11 incident also became a crusade to look for happiness that is resilient enough to endure so much loss.  Ever since, many people have sincerely been tackling the question and trying to create a new kind of value system that would fit the world we are entering.

In this volatile world, the 3.11.2011 event should be considered as a precursor to an increasingly shaky relationship between nature and humans.  It will start affecting all of us in every part of the world, in the form of resource constraints, natural disasters, conflicts, accidents, or any combination of those.  For example, in California we just recently observed the Oroville dam succumbing to an overwhelming amount of rain and snow melt after so many years of drought.

We are living a new reality.  We should ask the same questions that people affected by the 3.11 catastrophe are trying to answer.

The type of architecture that can protect people and deliver happiness may no longer be the large, sturdy, irreversible concrete box that used to work in the 20th century.  We may have entered the world where mobility and agility is valued over sturdiness and stability; where editability is valued over rigidity and concentration is appreciated over expansiveness. Those new values focus on restoring resilience in us.  Instead of increasing our dependence on external supports to cope with changes and find happiness, new values will make us self-sufficient.

Architecture now holds a very unique and critical position. Designing anything physical that would be placed in between nature and humans will determine how sustainable and resilient our society is going to become.  It will also help shape the life and happiness of the people enveloped inside the architectural structures. In today’s increasingly resource-constrained and unpredictable world, attributes that were considered negative in a modern economy would start playing critical roles. 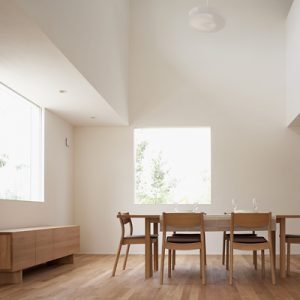 The modern economy has assumed the “more the better” mantra, in many aspects, as a key to win consumer satisfaction. But “more” can distract and stress out us.  So much so that many, especially millennials, are now finding a soothing remedy in the “magic of tidying-up,” or giving up owning stuff to become a minimalist.  Design that focuses essential elements by removing any frills is in demanded now more than ever before. 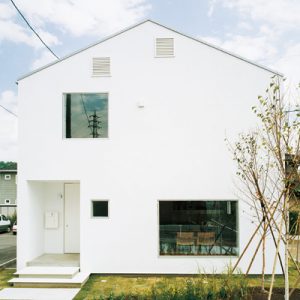 The modern economy has also assumed the “bigger the better” mantra, especially for real estate, to deliver happiness to people. But our body is relatively small and fragile.  By condensing essential elements to an “apprehendable” scale,  houses and buildings can become comfortable, bonding and editable. 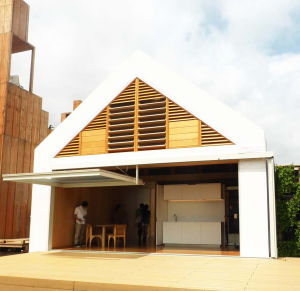 Buildings need to be stable to provide security, safety and predictability.  But the more they become stable, the less they become flexible and resilient.  They cannot cope with an emergency, or rapidly changing needs of each user or owner.  Agility, or the ability to transform, move and be deployed swiftly will be the new value that will increase its importance. 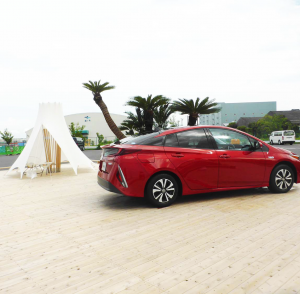 For the first time in history, mobility is becoming a major role in architecture thanks to the new technologies.  For example, if you can tote around your energy source by driving a solar-powered electric vehicle, your home could become mobile.  Mobile architecture unleashes various opportunities that were considered impossible. 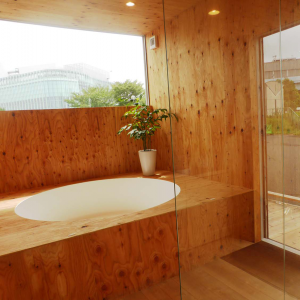 Securing explicit ownership has been considered a success in the modern economy.  But in this crowded but isolated society where people live next to each other, encapsulated in a systematically partitioned property, ownership of space is looking less and less attractive.  There is an increased momentum to open up assets so more people can share the joy of living, by maximizing the quality of shared experiences. 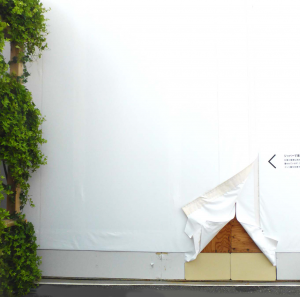 Temporary things can be flexible, cost effective, resilient and easy to deploy.  If we could only eliminate the “so-so job” element from them and focus more on aesthetics, they could become effective solutions to various situations that have to accommodate significant changes. 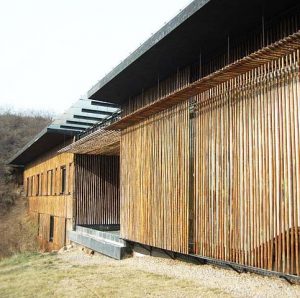 It’s soothing and comfortable to live surrounded by wood, because wood is an organic material that feels natural to humans.  But our envelope today is an enormous amount of inorganic materials such as concrete and steel, which are are functionally efficient.  But inorganic surroundings make us feel anxious and stressed.  Re-discovering the power of natural materials is a process to re-define the way we connect with nature and feel happy. 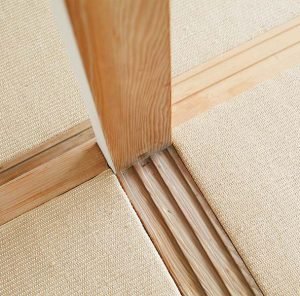 We need to remember that time elapses to make new things old and is called “history,” which is a unique asset new things can never deliver.  By simply staying away from the “depreciation” calculation we can re-discover abundant values in old things.  If we can appreciate them and adjust them so they fit today’s life style, we can bring them back into our value chain. 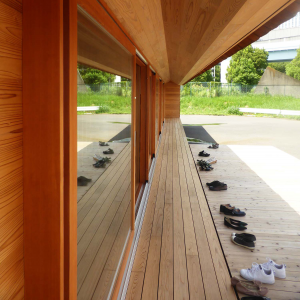 One of the keys for the success of the modern economy were rigorous rules we established to determine explicit boundaries. Sturdy boundaries would protect you from outside threats physically and financially. But sturdy walls would also isolate you from the boundless abundance that extends to the outside world.  By proactively embracing ambiguity, the inside and outside can be connected in a subtle but comfortable way.

Architecture plays a critical role in order for us to design a sustainable and resilient society, on this rapidly changing planet.  It goes beyond evaluating sustainable materials, implementing state-of-the-art energy efficiency measures, or promoting livable communities.  Architecture can help us deal with a philosophical, but imminent question on how we want to design our life in this increasingly unpredictable world, and how we want to find happiness in it.

We would like to hear from architects! Share your thoughts and ideas on any peculiar, out-of-the box perspectives on sustainable architecture, or designing nature-human interaction.

Subscribe to our newsletter using the form below, or send a message via our contact form or email. Email address is zero atmark interactiongreen dot com

We look forward to hear from you! 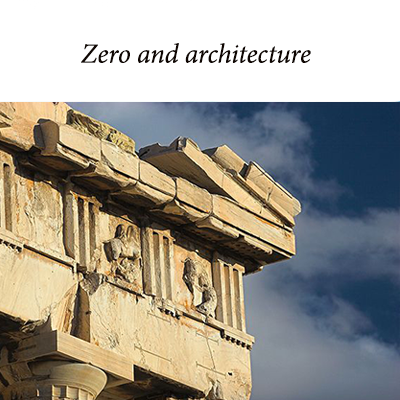 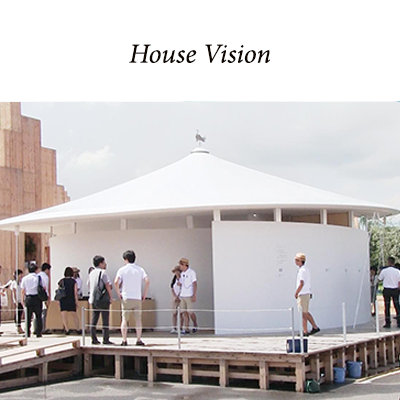 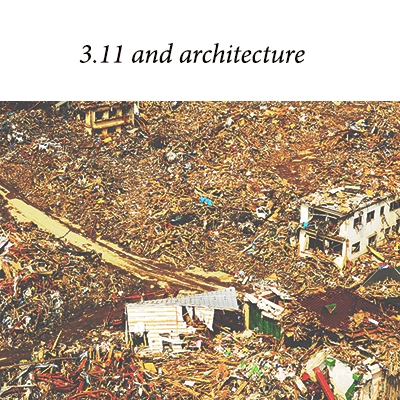 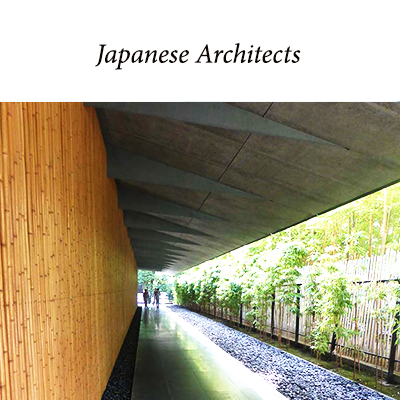