You must be visiting this page to solve your mysteries about Japanese aesthetics.  You may be interested in knowing more about traditional arts such as haiku, Zen rock garden, or concepts like wabi-sabi.  Or, you may be interested in understanding their influence in modern context: why is Japanese architecture so unique? What’s behind MUJI‘s captivating product design? Does it have to do with the “magic” of tidying-up?  Or, you might say “By the way, I am a Totoro fan, and love sushi.” 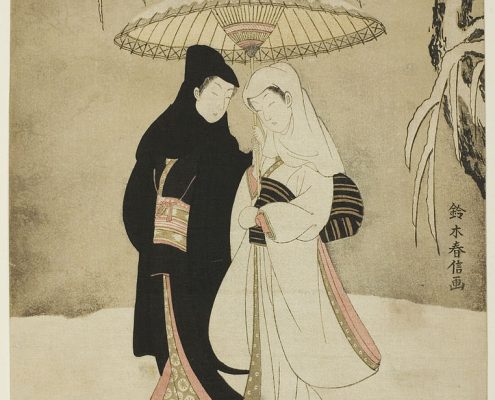 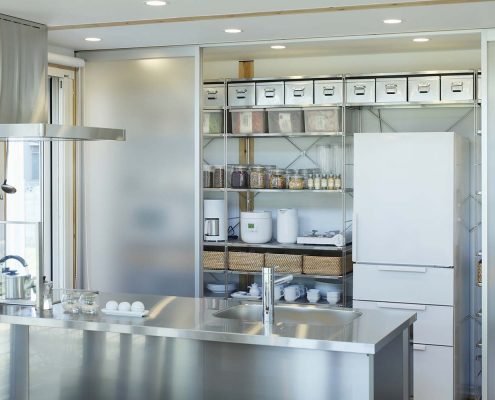 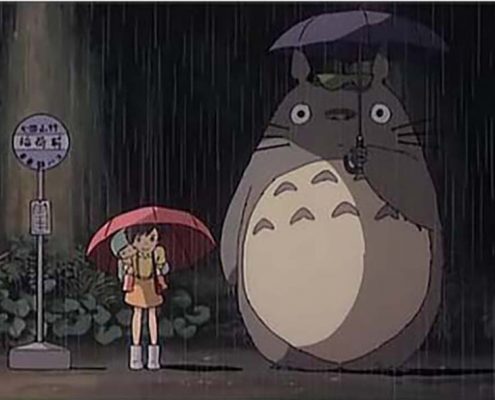 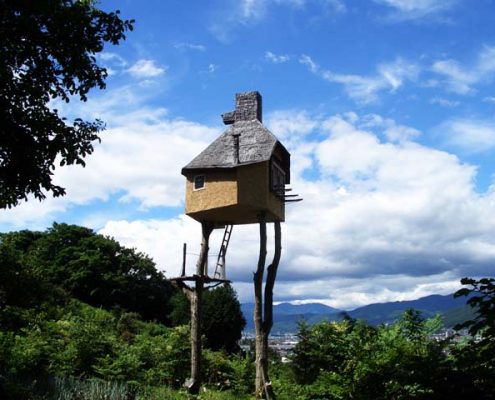 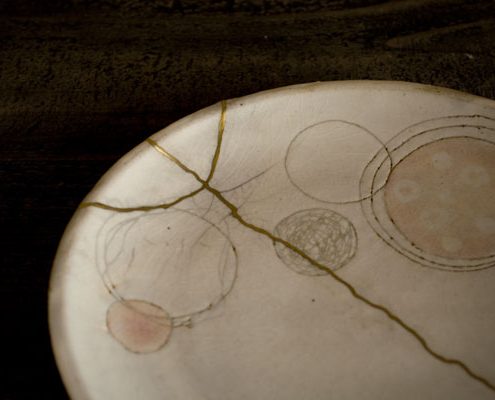 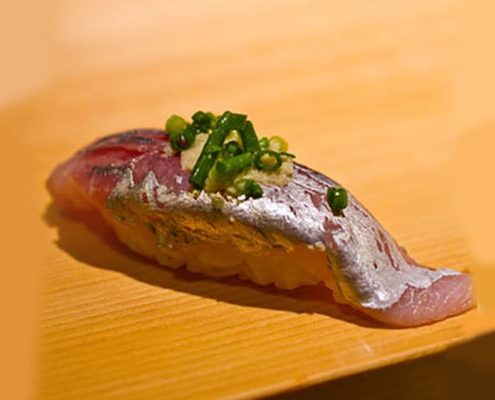 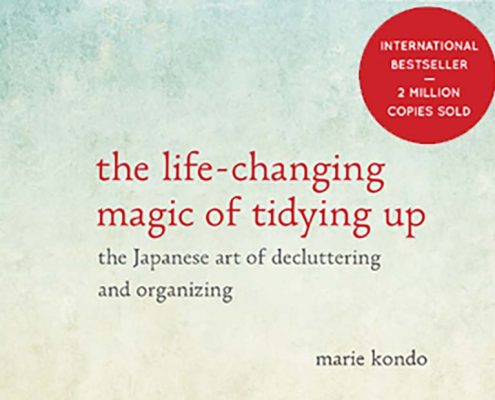 What are the underlying Japanese aesthetics supporting all of the above?

Is it the mysterious marriage of traditionalism and modernism, or nature and technology?
Or, some sort of ambiguous, succinct Oriental enigma that Westerners would never comprehend?
Or could it be the stoic, minimalist Zen philosophy, loved by Steve Jobs, that radically embraces “less is more?”

Japanese aesthetics are confusing because their beauty emerges from where there is little or no substance.  Because you cannot grasp the beauty physically,  you are not sure what it is.  If you don’t know what it is,  it becomes very difficult to explain.  Mysteries remain unsolved.

The concept of “mystery” has been created by humans in order to describe a natural phenomena that cannot be explained, or is beyond our comprehension.  Mysteries could be good or bad, a blessing or damaging, but they are usually considered negative.  By the way, nature doesn’t mind leaving mysteries as mysteries, since they are a “natural” part of it.  It’s just been us humans who have been dying to solve them.

In the modern world, “nature” is something that exists outside our sphere of living.  Especially if you live in an urban area, nature is about mountains and lakes, where you drive hours to camp out.  Our achievements to modernize our society, with ever-evolving technologies, has also been a history to distance ourselves from the harsh, ferocious side of nature.

It may not be too far off to describe humans’ efforts of modernization as a process to control, and eventually conquer nature.  It has been a daunting task because nature is overwhelmingly powerful, whereas humans are small and fragile. Humans, throughout their endeavors, have invented countless tools to first understand, and then alter/engineer nature, in their favor.  Religion, language, science and technology served as decisive tools to drastically accelerate the process.  Those were the products of our desperate efforts to translate what’s going on in nature, in a way that would “make sense” to us.  We could call it the “logicalization” process.

But that doesn’t mean that nature would suddenly start speaking our logic.  There’s always been disparities, rifts or inconsistencies between our logicalization process and actual nature.  So we named them “mysteries.”

There are two ways to deal with these mysteries: further improve our tools to reduce the gap, or simply admit that we cannot solve them.  The first option is advancing, and the latter one is restraining, if you will.  Modernization has largely been about the first option. We have been doing so good that we’ve come to believe that we now can control nature pretty well.  The latter had been pretty unpopular over the last couple of centuries.  We weren’t surrendering to nature, and we weren’t leaving mysteries unsolved.  We were determined to advance.

But then, Japanese traditional aesthetics, such as “wabi-sabi” or “ma” belong to the latter.

The overarching, fundamental philosophy that supports the beauty of simple, succinct Japanese traditional arts and culture is the realization that humans cannot conquer nature, and our determination to leave it alone when possible.  Whenever mysteries are left unsolved, ambiguities emerged.  Ambiguities were the gateway for humans to dissolve into nature.

Japanese aesthetics found beauty in those ambiguities, and attempted to reflect them as is.  Artificial additions, or human’s interventions were kept at a minimum level – often until ultimate essentials were revealed.  When you embrace those ambiguities to truly dissolve into nature, you end up facing no one but yourself.  This outcome is “wabi” (loneliness), used in “wabi-sabi.”  When you appreciate everything nature has, you end up appreciating even the decaying process.  And it’s “sabi” (rust, or dying) of wabi-sabi.  Because you are celebrating ambiguities, you become silent, rather than explanatory.  Silence and blank spaces play critical roles.  It is called “ma.” (intentionally placed pauses or space)

So, Japanese traditional aesthetics are, in a sense, a concession to nature, or the acknowledgement of humans’ fragility.  Does it mean that we are admitting that we are a failure, even before we try?  How come such a negative attitude can generate such stunning beauty?

Zen will help us figure it out.

Zen is a school of Buddhism, and Buddhism originated in ancient India.  After thousands of years, Buddhism spread across Asia, adapting to the local environment/culture.  Japan first “imported” Buddhism in the 6th century, and has nurtured various schools since then, blending the philosophy with indigenous religions (such as Shinto) and culture.  Zen was brought in from China around 10~11th century.

The core tenet of Buddhism is to admit that nothing is absolute, you are not perfect, and your desire is the source of your struggle and pain. If you manage to accept that nothing, even yourself, is absolute, and you free yourself from all of your desires, you will arrive at the vast universe of truth, and become Buddha.

It sounds very introspective. You would have to win your inner battle against yourself, who cannot stop looking for pleasure.  But if you take a closer look,  you would realize that facing your desire means facing the reality of nature.  Nature does not offer enough food and resources for everyone.  Plus, it is filled with ordeals such as diseases and harsh climates.  And worst of all, we are all destined to eventually die.  We try desperately to defy our destiny, which is also described as seeking pleasure.  And by trying to do so, we often end up fighting each other. Buddha told us to stop fighting against our destiny.  He said accepting it would be the only way to achieve eternal peace.

It may sound like Buddha was a pessimist and denied celebrating our existence. But it’s actually the opposite: Buddhism tells us to celebrate nothingness, of which we are a precious and dynamic part.  (Visit XX if you are interested in Zen and Buddhism, there’s a lot more to it than just what I have introduced here)

Have you noticed that there is a common theme? Buddhism’s philosophy tells us to accept nature as is, and Japanese aesthetics finds beauty in the undefined ambiguities left between nature and humans.

That’s where Zen monks come into play.  Zen was a moment-defining influence on Japanese art and culture in the Middle Ages.  Zen denies text.  Zen believes in enlightenment achieved only through harsh training, such as meditation.  Zen monks, who saw the real face of the nature-human relationship, through extreme experiences, recorded their state of enlightenment using many forms of art, such as calligraphy, flower arrangement or designing Zen rock gardens. (because they don’t rely on text.)

These arts were magically simple, minimalist and celebrated emptiness.  They were a crystallization of their sincere journey to throw them into the heart of raw nature, relying only on their body, senses and mind.  Their artistic crystallization was so profound that it’s surviving the test of time, after hundreds of years, and still stuns people today.

Japanese traditional aesthetics celebrates the ambiguities between nature and humans, or emptiness.  They function as media to reach nature without relying on artificial, aggressive solutions, or “logicalization.”  Several attributes stand out, which are demonstrated through familiar aesthetic concepts such as “wabi-sabi” and “ma.”

Japanese traditional aesthetics allows beauty to emerge from “less,” not from “more.”  Arts such as ikebana (Japanese traditional flower arrangement) are all about “less is more,” which keeps subtracting frills and excesses, with keen concentration, until essential elements are revealed.

The art of condensation debunks our myth of “bigger, the better” to feel satisfaction.  Big can be overwhelming and alienating while small can be “apprehendable” and engaging, just like bonsai shows us.

When you see nothing in a place you expect something to be present, your inspiration is unleashed to let it emerge in your mind.  Absence triggers boundless imagination and creativity.  Abundance in Zen rock garden (kare-sansui) is a product of elaborate absence.

Instead of drawing explicit boundaries between nature and humans, Japanese traditional architecture leaves undefined, ambiguous rooms in between. Inside and outside is ambiguously connected using subtle devices such as shoji (screen doors) and engawa (open hallways attached to the house).

Remember “sabi” of “wabi-sabi?”  It means rust, or start decaying.  In nature, everything keeps changing, and eventually dies.  But since it is part of a natural cycle, it’s also the source of new life and re-generation.  Old people play special roles in Japanese traditional theater “Nou,” because they are freer and much closer to nature than most of us.

Japanese traditional aesthetics are something woven into Japanese people’s genes, even though they are forgotten, most of the time.  It’s that subtle something that vaguely occupies some part of their mind.  But artists and creators with keen sense know how to present them in a modern context. 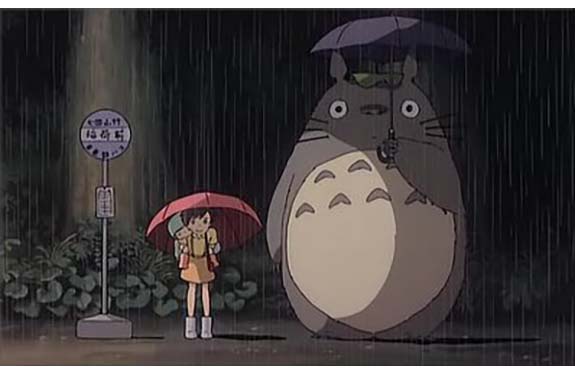 If you want to re-discover the human-nature relationship more intuitively, movies produced by Studio Ghibli, led by director Hayao Miyazaki, are a great resource.  For example, in “My neighbor Totoro,” Totoro represents the ambiguities between nature and humans.  You can see how such existences used to function as a device to connect humans to nature, without altering nature’s face too much.  I have to warn you that Studio Ghibli movies are typically rather quiet, and not action/event super-packed.  They don’t seek a climax – well , because nature does not need, or doesn’t care about climax.  Ghibli movies are honest with nature. 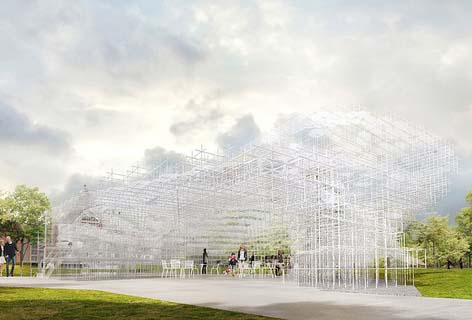 If you would like to experience more consciously designed ambiguities and other Japanese aesthetics in modern context, you should check out Japanese architecture – even if you are not an architectural person.  Architecture is destined to deal with the nature-human relationship and is often a manifestation of humans’ answer to nature. Japanese architects including Kengo Kuma, Toyo Ito, Sou Fujimoto, Shigeru Ban,  and Terunobu Fujimori have been embracing ambiguities of Japanese aesthetics in architecture, which has to be explicit and logical, not ambiguous. 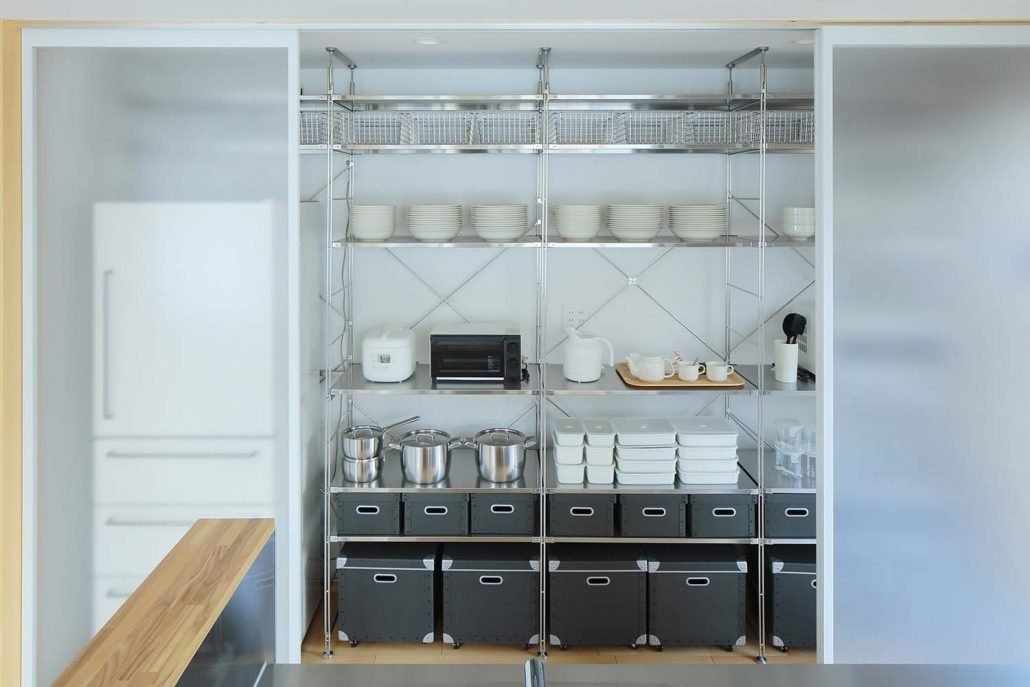 If you want to design your life with simple but abundant items, embracing “less is more,” MUJI is indispensable.  Kenya Hara, a prominent Japanese graphic designer, who played a pivotal role cementing MUJI‘s brand philosophy, has put “emptiness” in MUJI’s core believe.  MUJI, meaning “no brand,” attempts to eliminate any excess frills from their products.  Their products become empty vessels, through which users can unleash their ideas and creativity to design their own satisfaction and happiness. 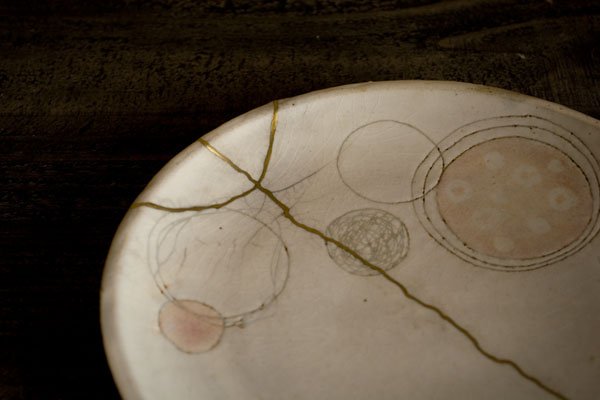 Yet another inspiration comes from “repair.”  Ambiguities also emerge when products become “dead.”  Dead people/things used to hold special status for ancient people, almost in every culture, as existences that connect humans’ world and “another” world – or mysteries of nature.  Although we try to remove dead things immediately from our sphere of living in the modern world, there still remains the art of repair that tries to preserve those ambiguities.  Kintsugi is a Japanese traditional technique to repair broken ceramics using urushi (poison oak tree sap) and gold powder.  It gives new life to a product once dead, in a very unique way.