Back to top page: What is Buddhism?

In the previous chapter, we discussed that Tibetan Buddhism is “secret teachings,” meaning that the teachings come from Bubbhas that represent the rule of the universe and exist beyond our cognitive/thinking system: as they don’t speak our language, their teachings are “secret” unless we proactively try to decode them. Tibetan Buddhists were persistent, and over the course of hundreds of years, they came up with several very unique methods that allowed them to access secret teachings.

Although we don’t have easy tools to receive messages from Bubbhas in the universe, we are still part of it, because the Earth belongs to the universe. Based on that believe, Tibetan Buddhists devoted incredible amount of efforts to dive deep, deep in our mind – even deeper than our subconscious level – in order to reach profoundly rudimentary and fundamental state. Tibetan Buddhists found that such a state – called the “Nature of mind” -allowed us to access the ultimate truth of universe represented by Buddhas. You could call their endeavors profound version of cognitive science. It is incredibly thorough.

Here is a reading by The 14th Dalai Lama: “The Nature of the Mind.”

One of the most commonly known Tibetan tools to dive deep into our mind is Mandala, which is a rich and mesmerizing visualization, or an intricate map, of how the entire universe is woven surrounding Buddhas. According to Namgyal Tantric College, it is used “for Tantra deity meditation practices, known as sadhanas,” which is a process of “the purification of the psycho-physical within a pure environment.”

During meditation, you “meditate upon oneself as the deities of the mandala, reflecting deeply upon its rich symbolism, and engaging in particular internal practices, we can transform our daily perception, lodged in its chaotic, egocentric world-environment, into exalted wisdom and the perfected world of enlightened beings that is, into the blissful world of Buddha.”
(Namgyal Tantric College) 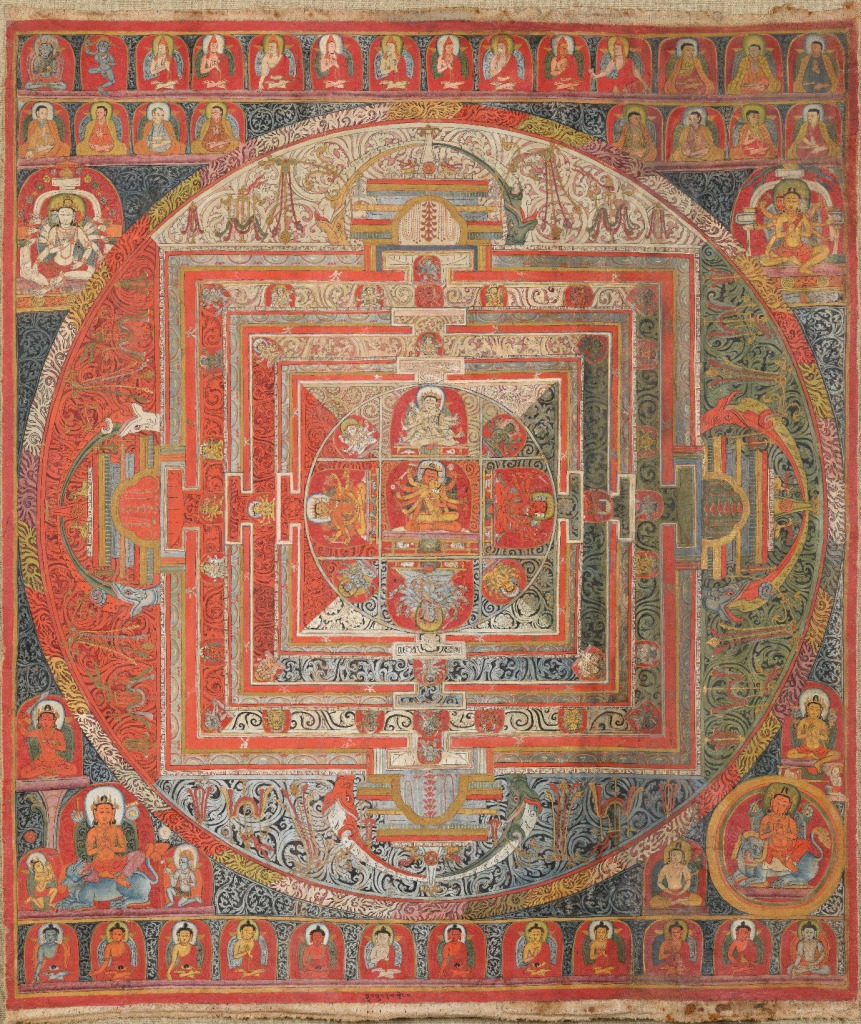 The Buddhist Tantric teachings include methods for the purification of the psycho-physical within a pure environment or Mandala. The deities who inhabit a Mandala are not external gods; rather, they symbolize the enlightened state, which everyone has the potential to realize.

In a very simplistic way, it is as if you try to release all kinds of thoughts, emotions or physical restrictions to achieve ultimate “natural” state of mind, and then try to put yourself in Buddha’s shoes, or dissolve yourself into Buddha as surrounded by Mandala.

It is one of the ways to access Buddhas’ teachings.