If you are still not sure what climate change is all about, then think of it as obesity.  Instead of wondering what’s so wrong if the temperature increases only by 10 degrees F, imagine what would happen to your body if you gained weight by 20 or 30 lbs. Can you persuade yourself that 20 lbs is not a big deal, and pretend that your waste line hasn’t changed at all?  Or can you say “Actually I feel better overweight. I can work harder and become more productive.”

What if you are determined not to change your diet? What is going to happen when you keep eating aggressively and eventually become 200, 250 or 300 lbs?  It’s true that obesity in itself is not a critical disease.  But we all know that it could potentially trigger various types of damaging symptoms.  No doctors would recommend you to stay overweight.

Obesity is a condition in which you are pouring too much energy source into your body – more than you need, and more than your body can process.  Think of your body as a factory with a certain capacity.  For example, a factory that is capable of taking in 10 tons of metal and makes 30 cars per day. What will happen if you start bringing in 11, 12 or 15 tons of metal?  The entire factory (your body) will get overwhelmed. Everyone (each organ or part of your digestive system) will be forced to work overtime.  Still, the backlog (ingested food) will keep piling up, and everyone will be scrambling to secure enough space to store excess metal (accumulated fat).  You could manage increasing your daily output to 35 cars (exercise an extra hour/day), but there is no way you could achieve 40 or 50 units per day to match the input, simply because the plant (your body) was not designed to process that much to begin with.  Eventually, the entire process will start falling apart. Your body would start feeling aches and pains, and will fall sick.

The bottom line is our body, and our digestive system has a limited capacity. If you ignore the limit and to try overwork it, eventually it will stop functioning properly and fail.

This is what happens in different parts of your body and digestive system when you ingest too much food. 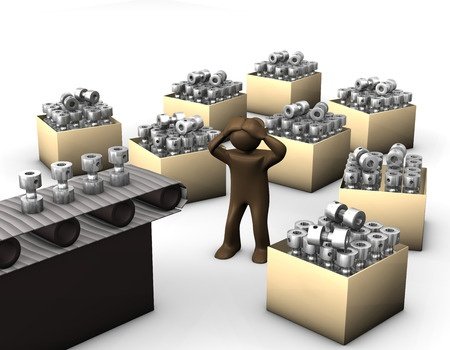 Similarly, climate change is triggered by pouring too much greenhouse gases (GHGs) into the atmosphere.  Since GHG trap heat, and heat is energy, our atmosphere now contains much more energy than it used to.  So basically, we are making our atmosphere obese. We are making the Earth obese.

As is the case with obesity, having more energy in the atmosphere in itself may not be a problem. However, just like our body, which is designed to digest about 2,000 calories per day, the current biosphere – everything that lives on this planet, from humans to plants, animals to bacteria – are designed to perform best and flourish,  at under 250-350 ppm of atmospheric CO2 concentration.  Why? Because it’s the concentration level the Earth has had at least over the last several thousand years.  If all the living things, including humans, have the ability to adapt to the environment, we must have already adapted to the current climate and environment.

What will happen, then, if the temperature and climate changes? You may say, “well, the Earth has had an Ice Age. It also had a medieval warm period.” Sure, the temperature change could occur without human’s intervention.  But how many humans were on Earth during the Ice Age, or during the medieval warm period?  Were they able to prosper under those climatic conditions? Whether it’s caused naturally, or by anthropocentric activities, the end result will be bad for us anyway, if the climate becomes too harsh for us to thrive.

In addition, we have 7 billion people on Earth today.  It’s a lot, and it’s far more people than there were during the Ice Age or in the medieval period.

Could we guarantee that 10 degrees F won’t affect 7 billion people and counting?  Actually, quite the contrary,  even a marginal climate change could impact millions of people, given how crowded the Earth is today. Wouldn’t you be concerned, actually become worried, if your doctor said that you may be prone to a heart attack if you gained another 20 lbs?  Wouldn’t you be watching your weight, for every single pound?

And more critically, our survival may depend upon so many plants, animals, microbes and many other living organisms, that can only thrive under the moderate climate we currently enjoy.  What will happen if they are affected before humans are?  Do we know if chickens, vegetables, shrimp and pine trees can survive and thrive in a 450 ppm CO2 concentration?  We already know, for example, that milk cows become very tired when it gets hot – say, 100 degrees F – and start producing much less milk.  Many species are pretty sensitive to marginal climate change.  Then how can we make sure that every natural resource will survive 450 ppm to keep feeding 7 billions?

If it’s not enough, Earth has a very sad announcement for us. Actually it doesn’t care if the planet warms.  It is, as a system, resilient enough.  It will simply choose plants and animals that can perform best under the new environment of 400, 450, or 500 ppm of GHG concentration.  That’s not a problem for the Earth. We don’t have to “save” or “protect” it.  It survived the Ice Age anyway.

Earth will survive climate change.  We may not.  Cows and salmon may not.  Lettuce and strawberries may not.  That’s the real problem.

Shouldn’t we start to diet now?