Back to Chapter 3: Abundance by condensation

Bonsai, the art of condensation

Bonsai is the Japanese traditional art of growing plants in pots which is often dubbed “the art of microcosm” because of its small size. Bonsai takes an unusual approach in the face of the overwhelming big-ness of nature to amass its beauty: it uses condensation.

Instead of relying on expansion, an effective approach to increase human territory in the realm of nature and reap its beauty and blessings, bonsai goes small. And there is a good reason for this. Whereas expansion brings more control over wider areas, it is expensive, rigid and bound to physical limitations. On the other hand, condensation is resilient. 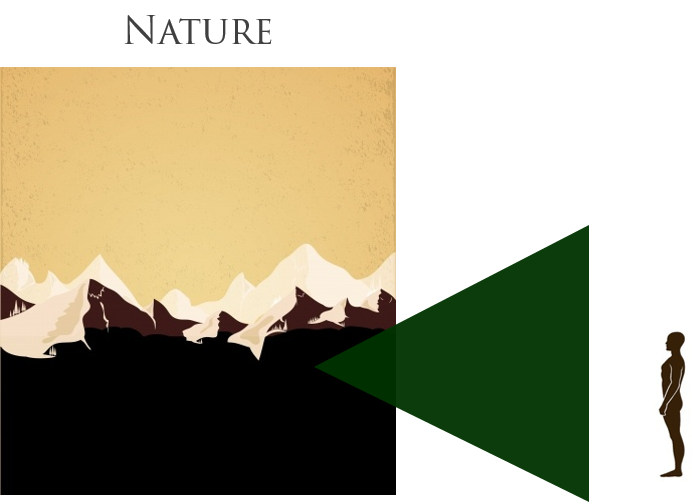 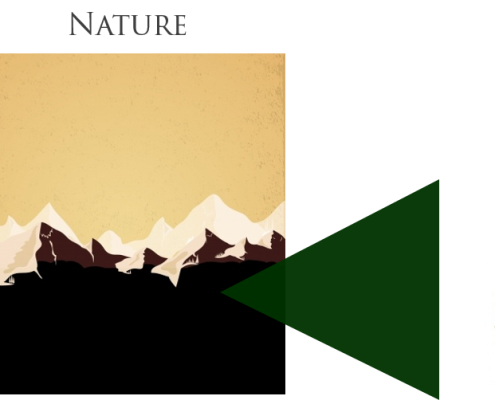 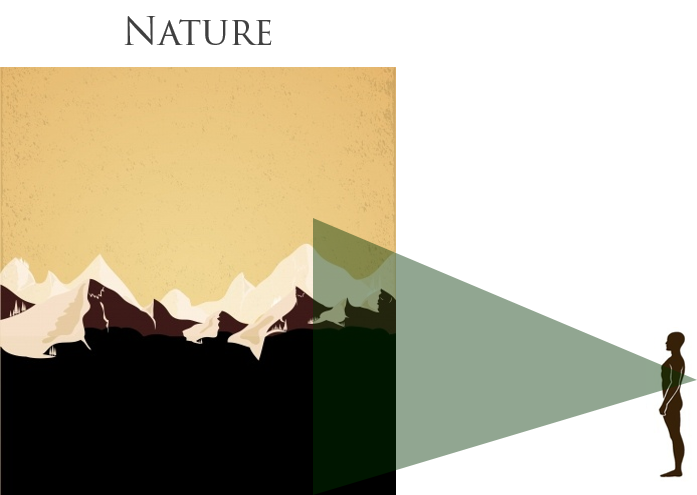 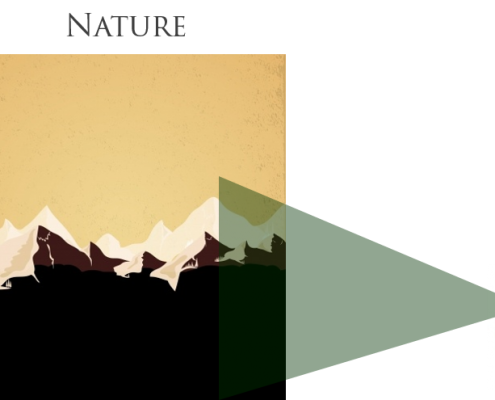 Left: Humans typically rely on expansion to take advantage of nature, but this is resource intensive and only allows us to control limited areas of vast nature.
Right: Instead bonsai condenses the potential of nature to the size that is accessible and manageable.

For example, believing that it is the best way to re-create a flamboyant version of nature in order to enjoy its beauty, we build a large garden full of water and flowers. But this is resource-intensive, costly and not quite sustainable. So bonsai abandons all of the physical excessiveness associated with a garden, and condenses the beauty of boundless nature in a single plant in a single pot.

Bonsai has a long history. It is believed to have originated in China thousands of years ago, and was introduced to Japan sometime before the 12th century. Unlike ikebana (see Chapter 2 for details) which established structured schools, principles, methods and a teaching system in the Middle Ages, bonsai evolved spontaneously among people –first in the social elites, and then among the ordinary citizens.

But interestingly enough, ikebana and bonsai evolved in a similar way. Up until the Edo era (1601~1868), a rigid military regime with a social hierarchy, they were mostly enjoyed by social elites, who focused on showing off large, flamboyant and one-of-a-kind flowers and trees. But during the Meiji Era (1868 ~ 1912), ordinary citizens started gaining more power and began embracing these arts as hobbies. As a result, the size began to shrink drastically to fit regular houses. And when that happened, aesthetic condensation also occurred. People didn’t simply make it small. During the process, they realized that it took extraordinary focus and effort to make small bonsai without compromising the essence of beauty. 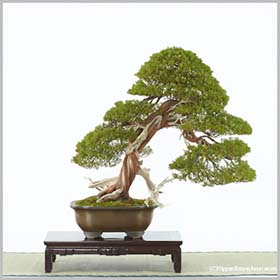 People started to pay aesthetic attention to each detail of the bonsai plants so that they could represent how they actually thrived in nature. There was also a technical breakthrough in this period with the introduction of metal wire which made it possible for people to shape otherwise inflexible trees in any direction or angle they desired.

The basic bonsai plants had only one tree in a single pot which is supposed to represent the condensed essence of the vast nature. There are five major types of bonsai: pines and oak (evergreen), other plants (deciduous), flowers, fruits and grass. Pines and oak are probably the most basic and popular bonsai. In some cases, they live hundreds of years, their long history visible in aged branches. Deciduous trees, including maple trees, are easier to grow. You can appreciate the changing seasons displayed on the tree. (They look magnificent even when they lose leaves in winter.) Flowers and fruits add attractive accents to the bonsai. Grass displays show the supple, delicate side of nature. 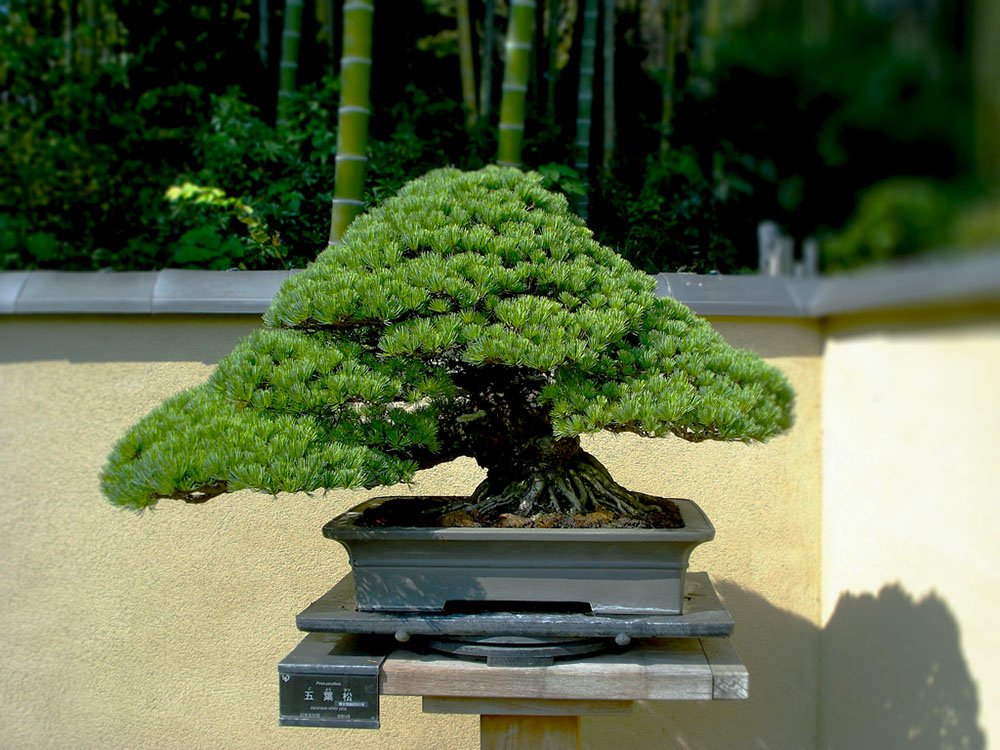 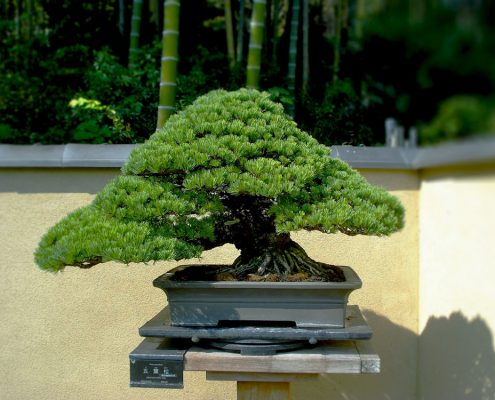 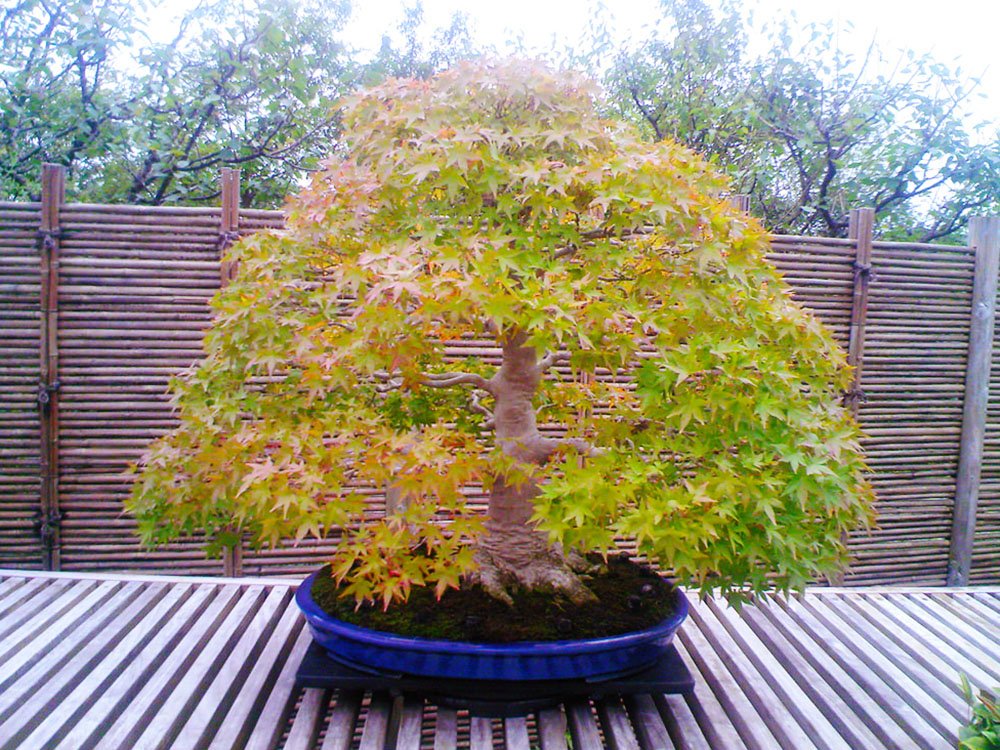 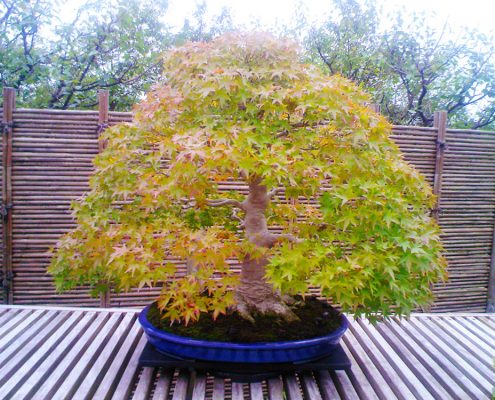 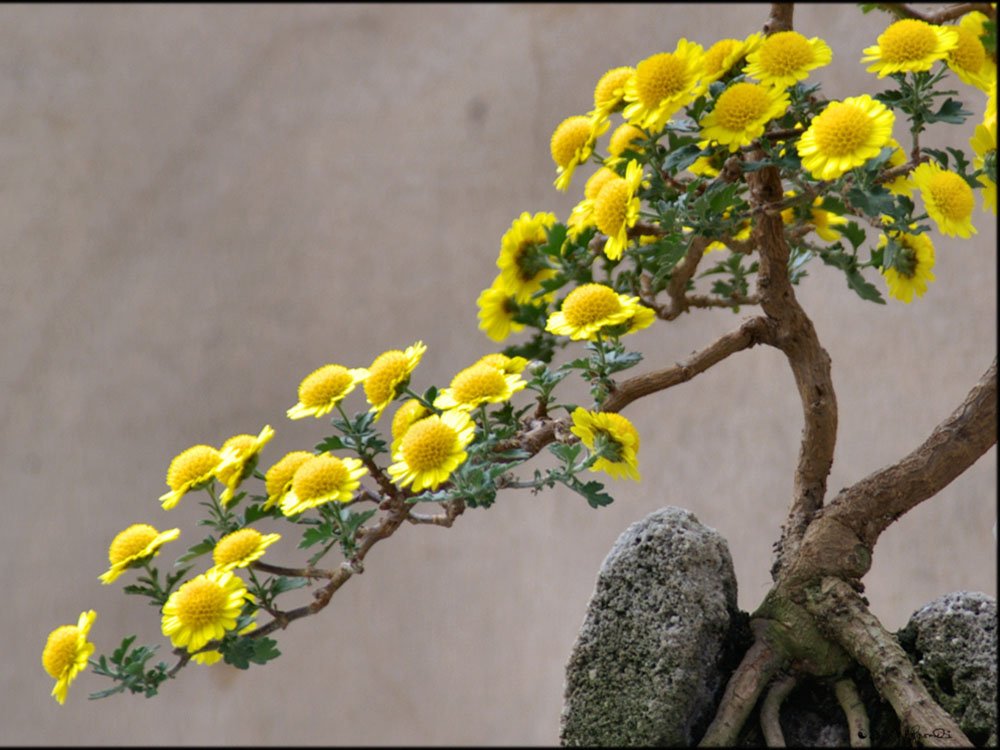 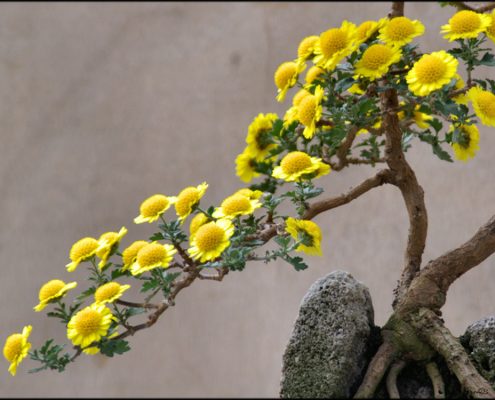 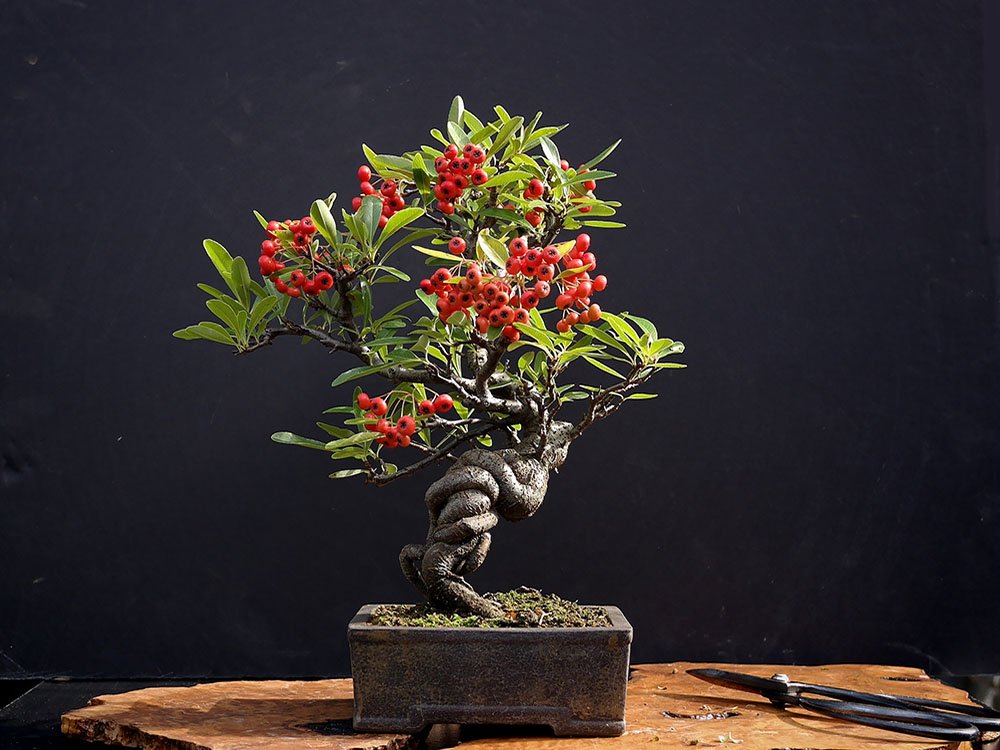 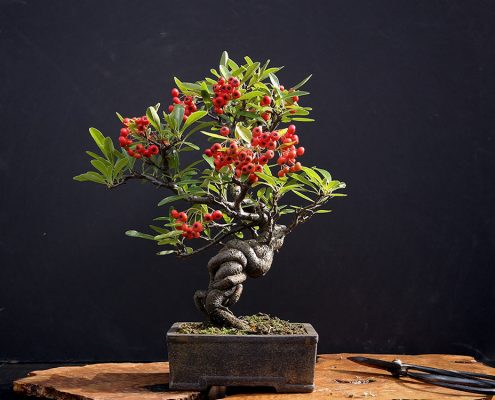 If bonsai is different from other gardening methods, it is because it requires the micromanagement of trees. It is critical to keep a plant small, even though it wants to grow. So even though we say that bonsai condenses the essence of nature, the way the bonsai is grown is virtually against natural forces. You’d have to observe how a trunk, branches, leaves and roots react and adapt to the environment in nature, and then scale it back without losing its vigor. How many branches or trees should you leave or remove? When should you do it? How much water and fertilizer should you provide? When is it time to replace the soil? If you get any details wrong, your plant could die or look out of balance – after years of dedicated care.

Even though there is only one tree in a single pot, there is so much going on in bonsai. That’s what fascinates people. There is no way you can single-handedly face real, massive nature to understand its vast, complex and boundless beauty. But with bonsai, you can manage and edit it because it’s condensed to a human-scale.

As a matter of fact, the recent trend seems to be moving towards even smaller sized bonsai. 小品盆栽 (palm-sized bonsai) is a category for a bonsai smaller than 20 cm in height and is becoming increasingly popular. There is even a “mini-bonsai” category that typically includes plants smaller than 10 cm in height. 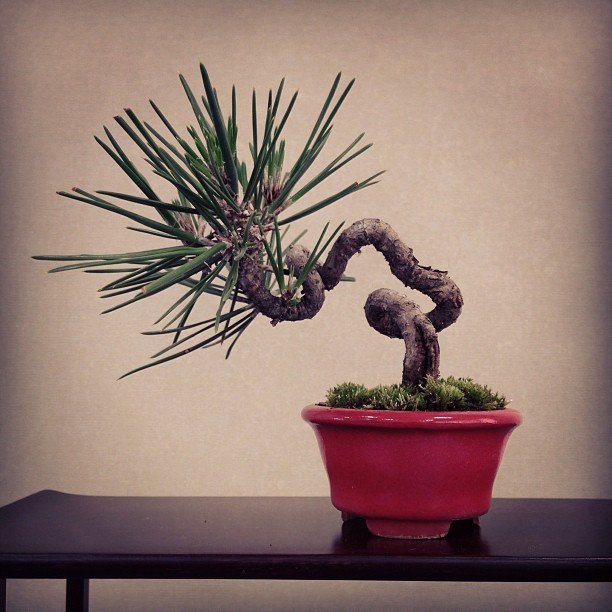 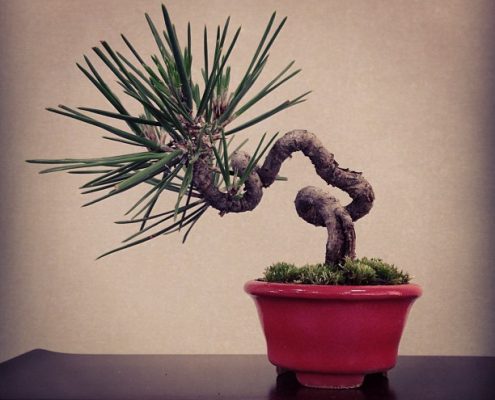 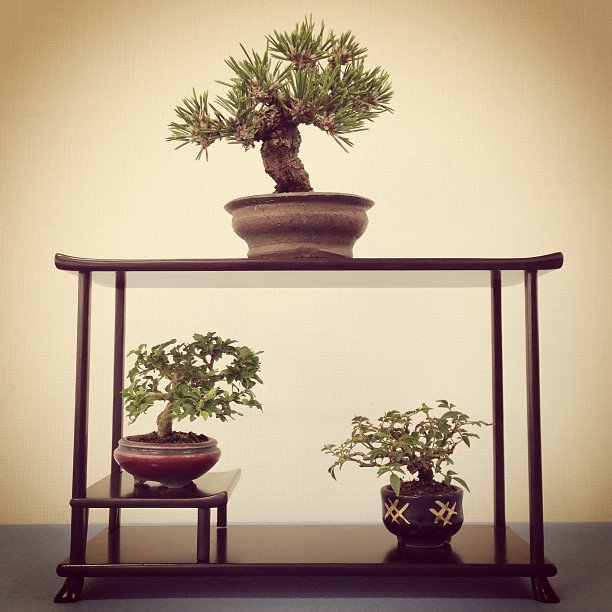 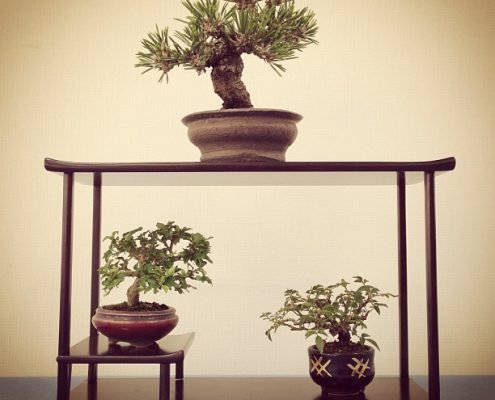 Humans have been trying to challenge and overcome that big-ness. But bonsai does not resist the fact that nature is large and humans are small. Instead, it embraces the difference, and lets us “apprehend” the growing power of nature, leveraging the handle-able scale. And by doing so, you truly apprehend how nature works in all its complexity and beauty.

Next: Chapter 3-3 Small is engaging - MUJI’s toothbrush stand
Back to Chapter 3: Abundance by condensation