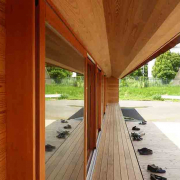 Engawa, the narrow wooden strips attached around the periphery of a house has been an indispensable part of the traditional Japanese house, functioning as a sun porch, a workshop, a venue for socializing and a buffer to shield the house from harsh weather. Learn more about its various faces and versatile applications. 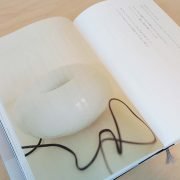 Japanese product designer Naoto Fukasawa quotes from his book “The Profile of Design.” Find where his minimalist, quiet yet powerful design came from. 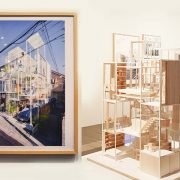 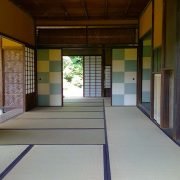 Katura Rikyu (Imperial Villa), built during the 17th century in Kyoto by an aristocrat family, is often dubbed as the culmination of traditional Japanese architecture. Its simplicity is very “modern.” You will be amazed how the fine, subtle lines define architecture so cleanly and potently, and how it dissolves into nature seamlessly but elegantly. 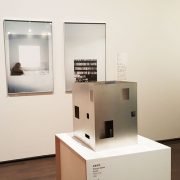 The exhibition “The Japanese House: Architecture and Life after 1945” was held at the National Museum of Modern Art, Tokyo in 2017. From Kenzo Tange, Kazuo Shinohara, Toyo Ito, Kazunari Skamoto, Tadao Ando, Kengo Kuma, Kazuyo Sejima and Sou Fujimoto, it delivered a unique narrative on what “modern” meant for the Japanese and their way of living.

Back to the top of Chapter 5

So, why do Japanese aesthetics embrace ambiguity?  How come Japanese ended up finding boundless beauty in blurred boundaries?

Principally, it has to do with how humans relate and interact with nature, which is significantly affected by geographical/environmental settings, unique to each region.

For example, there is a distinct difference between geographical settings in Europe and Japan, which made their approach toward nature distinctly different.  Although it sounds far-fetched to discuss aesthetics of ambiguity, it is directly related: bear with me.

Let’s look at Europe first.  Thomas Hobbes (1588-1679), an English philosopher, described the natural state of humans as “bellum omnium contra omnes (the war of all against all),” in “Leviathan” (1651). Hobbes stated that society needs social contracts in order for people to live peacefully, because they would have to fight against each other for their “natural rights,” in absence of such contracts.

So, in Hobbes’ European perspective, the society must have looked like this:

Grayish-green circles (labelled human groups) represent individuals, or a group of them, such as a family, clan, tribe, or a community.  According to Hobbes, they would free flow in a natural state and collide with each other to secure their natural right- often intensely and violently.  He therefore argued that people needed “social contracts,” which is a gray bubble on top of each group.  People within each bubble would run their community based on their own social contracts, but they could still collide with other groups that would have different types of contracts.  After colliding, the prevailing group would absorb the others groups and then their contracts supersedes the others.

Obviously all of those activities occur within local or regional natural/geographical settings, which is a large green circle.  While it is true that nature is something very large that envelops all of us, Europe is also a very large continent with a substantial geographical flat area, covered by a moderate climate.  As a result, it has always been inhabited by a number of different tribes and ethnic groups.  Ever since their existence, each group fought for their natural right and tried to expand their own territory.  Because Europe is a continent – a humongous contiguous land – it was easy for people to travel around.  From the Roman Empire, the migration of Germanic Tribes, to interaction with the Islamic world, to WW1 and 2, the people of the  Eurasian continent consistently moved, migrated and collided for their advancement.

Human – human interaction (or collision) was thus fierce and intense in European society.  It was so fierce that the collision between nature and humans often took a back seat.  If you are fighting against your neighboring group, an imminent threat to your community, you’d have to convert the surrounding nature to extract more from it, so that you could out-compete your opponent.  Otherwise they will take over and use nature for their benefit.  Nature was the source for resources, and the source of human-human conflicts.

On the other hand, Japan is a chain of small islands with scarce resources. Although it’s not very far from mainland China, it was not close enough to induce conflict on a regular basis with neighboring countries. Until modern technology made it an economically reasonable thing to do, regional conflicts occurred only when regional power managed to accumulate substantial financial resources.  The largest invasion attempt on Japan during pre-modern history was by Kublai Khan, in the 13th century, who conquered all of China and tried to extend its sphere of influence to Japan.

Symbolically, Khan’s attempt failed because his convoy was almost destroyed by typhoons.  It was dangerous to sail between Japan and China during the Middle Ages.  Even after the Middle Ages, through the renaissance era when technology improved substantially, conflicts were still infrequent and partial. It is important to note that mainland China, a vast continent with a substantial flat geographic area, moderate climate and fertile land, just like Europe, has always been a stage of frequent conflicts and resulting resilience – advanced political system and diverse culture.

However, the oceans laying between the Chinese continent and Japan functioned as buffers:  only about 600 miles away, but disconnected by bodies of water, Japanese society developed very differently compared to the continental dynamics where different tribes and ethnic groups constantly collided with each other.

Under such circumstances, human-human relationships in Japan became very different from those in Europe.  It is true that people still fought for “natural right” in Japan, and it’s history has also been a history of conflicts.  However, Japanese conflicts were: 1) fought between groups that lived under a similar environment, spoke almost the same language, and shared a common philosophy/aesthetics, and 2) “national borders” were almost naturally defined (coastal lines that “closed” Japan inside surrounding oceans), and there was much less concern of invasion, compared to European or Chinese continents, where no borders were secured and guaranteed.

As a Japanese living overseas, I am often asked “what is harakiri (seppuku)?”  Although it took me a long time to figure out what it was, I now think it has to do with 1) above.  Until the samurai-era, Japanese conflicts were mostly been between regional powers within Japan.  They shared mutual understandings for many things. Samurai shared common aesthetics, regardless of their master.  One of them was the aesthetics of living and dying as samurai. “Die a dignified death as samurai” was a mutually shared samurai aesthetic. I f you see your enemy committing a harakiri (seppuku), you would feel pressure because it demonstrated that the enemy was very disciplined, committed and dedicated military and warriers.

This won’t work when you have to fight with groups who don’t share the same aesthetics.  A loss of a great warrier is a loss to your military, or to your country you are trying to defend.  You’d better avoid any loss to keep your military strong.  Harakiri is impossible, because why would you want to give up another warrier, when “more” of them is always better, both strategically and morally?

It is as if there have been many implicit, unstated “social contracts” in Japanese society.  They already shared many mutual understandings even without writing them explicitly, as Hobbes advocated. (Are implicit social contracts good or bad? it depends, as you would imagine.)

When human-human interaction (collision) is somewhat predictable, based on “common” understanding, people’s attention is drawn toward nature-human relationships. Whereas the human-human relationship is rather understandable, nature does not work based on human’s logic.  It is overwhelmingly large and unpredictable. It could rattle our society violently, but can provide resources for us to survive.  Japanese people spent a lot of time trying to understand nature.  Instead of trying to conquer it, they tried to listen to it.

And that’s the reason why ambiguity became their aesthetics.  Nature is almost impossible to understand, control or predict.  It’s sensible to leave ambiguity, or buffers, between nature and humans, in order to cope with unpredictability resiliently.  Ambiguity, in a context of aesthetics, is resilience to embrace nature as it is.  It is humans’ wisdom to make the most of nature without harming or disturbing it. 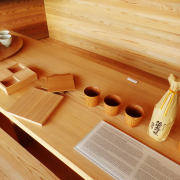 Yoshino Cedar House is a collaboration between Airbnb and Yoshino-cho, a rural Japanese town in Kansai and a producer of high quality cedar. As it struggles to compete in a global market in which prices and efficiency are everything, this project paves new opportunities for true sharing. 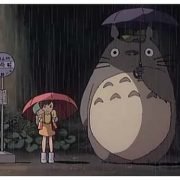 Hayao Miyazaki and Studio Ghibli’s drama-free, anti-climax “My Neighbor Totoro” reminds us how humans used to interact with nature. Totoro was not imaginary 50 years ago. He was next the kids who used to venture out to explore honest, raw face of nature when adults weren’t watching. Nature was the teacher for children, and Totoro was their capricious and ambiguous guardian.