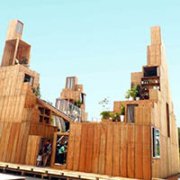 Architect Sou Fujimoto is a master of “ambiguity.” With Rental Space Tower, he maximizes the joy of sharing by blurring the boundaries of private ownership. 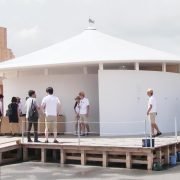 This summarizes the major aspect of what modern architecture has been attempting to achieve: stability and security. “But I am increasingly fascinated by a house made of straw,” says architect Yuko Nagayama, who designed HIRAGANA-NO SPIRAL HOUSE, with Panasonic. 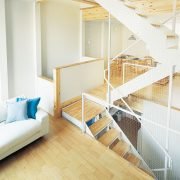 MUJI challenges our strong belief that houses are “bigger, the better.” Meet their lovely, engaging houses — exactly because they are small. 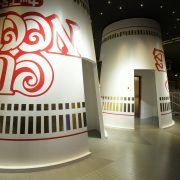 Even though its main audience is children, Cupnoodles Museums does not rely on “more” to make them happy. Then what are the keys for their success? 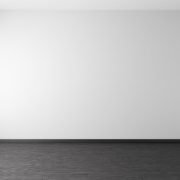 Tidying up is about subtracting your belongings toward the ultimate essentials. Zero = abundance shares common theme. But there is something deeper. 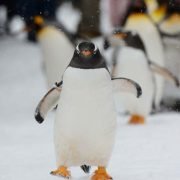 This content has an updated and more detailed version. Visit our new page.

We live in a commercialized world where “more” is highly rated.  Consumers seek to maximize their satisfaction by acquiring more with less sacrifice. “More” almost always means abundance,  and abundance is the source of satisfaction and happiness. This tendency goes against the gloomy fact that we are overshooting Earth’s finite resources, especially now that the world’s population is headed towards 90 billion.

Nonetheless, we still live with the assumption that the world can become even more abundant as we thrive and as technology advances.  At least our economic theory believes so.

Although there is no doubt that it’s wise to start using less resources before we completely deplete them,  it is also extremely hard to persuade consumers to use less when society is so obsessed by “more.”  “Less” is automatically associated with deteriorated abundance and satisfaction.  We don’t want to give up abundance, nor be dissatisfied.

Is “less” really the opposite of abundance?  Is “less” a culprit of decreased customer satisfaction?

Would it be possible that “less” can bring more abundance and satisfaction? If so, can we make our society happier with less?

To answer this question, we will start the journey to explore the power of “Zero,” the ultimate form of  “less.”