Bonsai is unique among Zen-inspired arts because it has somehow maintained its position as ordinary people’s hobby. It doesn’t have schools with distinguished Masters, nor hierarchical apprentice system like Ikebana or Tea Ceremony. Nonetheless, Bonsai has strict rules, styles and methods adopted through hundreds years’ worth experiments, like other Zero arts.  Although it’s ultimate purpose is to condense true beauty of nature in a pot, it’s far from leaving the plants in natural state.  Bonsai requires extensive care for years. 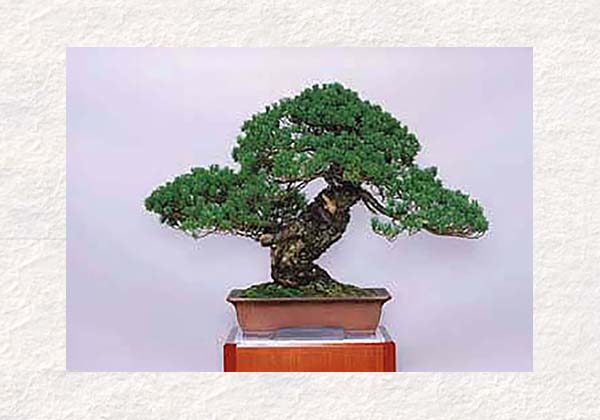 Like many other Japanese cultures, Bonsai finds its roots in China. Ancient Chinese established the art of admiring miniature-sized trees planted in a tray or pot, often accompanied by rocks and/or moss. It was considered condensed version of vast nature.

By 12th century, growing miniature-sized plants in a pot has become a sophisticated hobby for military elites and aristocrats, who were often mentored by Zen monks. In Edo period (1603-1868), it became widespread among ordinary cititzens. The name Bonsai took root in those days. Bonsai was loved by wide range of people from different social class. The Imperial Palace in Tokyo still preserves some of the important Bonsais from Edo era: one of them is a 550 year-old pine that is believed to have belonged to the Third Shogun of Tokugawa dynasty, Ie-mitsu (above picture). 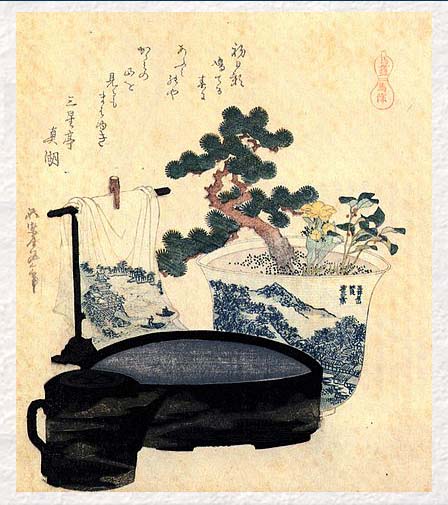 There are a variety of elements that need to be considered to grow a Bonsai.  You have to know the basic elements such as the type of tree, size and hardiness to grow them properly. Additionally, you’d have to have a long-term strategy. Trees live long. They often acquire their magnificence as they age: skins harden, branches get bleached, and stem curves and bends when they go through harsh climate.  It’s often those traces of hardships that impress us, because they are the evidence of their resilience to survive and thrive for years and years.

Variety of rules and skills have been developed, including controlling overall size and shape, bending the branches, carefully trimming twigs, exposing the roots, adding rocks and moss.

In the next chapter, we will look into those skills in more details.  The contents will be provided as part of subscription services. Please subscribe from Digital Subscription page.