Sou Fujimoto is the Japanese architect who designed many iconic projects, including the 2013 Serpentine Gallery Pavilion in London. His works attract people who enjoy his unique coziness, which seems to come from his peculiar approach to blend seemingly opposing concepts/elements, notably natural and artificial, or nature and architecture.  But his manner is probably not so much about sustainable architecture or green building:  it’s more fundamental and questions how humans interact/relate with nature, in a modern society.

When he talks, he often uses some interesting words to describe his works: “森”,”謎な”,”わけのわからない.” “森 (mori)” means forests, and he claims that architecture is like forests. Forests are the collective formation of diverse organisms that come in every size, from microscopic to gigantic.  They are multi-layered, dynamic existences which are constantly in flux.  The abundance of forests, Fujimoto points out, comes from the fact that it’s the whole comprised with numberless small things.  You approach them trying to understand the entire picture, but you never can really do that – they are always ahead of you.  Serpentine Gallery Pavilion is a little bit like forests, although people describe it as clouds, rather than forests.  He explains the excitement upon entering this architecture: you are surrounded by a structure made of steel grids of about 40 centimeters, which are assembled using different combinations of patterns. Since the pattern is not symmetric, you can feel your surroundings change drastically as you walk.  He was determined to stick to very thin grids, in order to let subtle and dynamic beauty emerge.

”謎 (nazo) な ” is a bit difficult to translate. The closest word would be “mysterious,” or “quirky.”  But Japanese use ”nazo” more casually to describe anything that you cannot define well, or is ambiguous.  “わけのわからない (wakeno wakaranai)” is a bit like ”nazo,” and is used to describe something you cannot explain logically.  If something is chaotic, irrational or doesn’t make sense, then it’s “wakeno wakaranai.” But that being said, ”nazo” or “wakeno wakaranai” are not necessarily negative.  These words can also be used to describe something with magical potential that cannot be comprehended by an ordinary sense of cognition.

He often says “I like this architecture (often his own) because there’s something “nazo” or “wakeno wakaranai.”  He says he likes Canterbury Cathedral because it’s the accumulation of hundreds of years’ worth of mysterious (or mythical), inconsistent, complicated details and evolving thinking process.  By the same token, he likes the garden of Ginkaku-ji (The Silver Pavilion in Kyoto) because it’s full of different elements (trees, ponds, bushes etc) that are interwoven in an inexplicable, but beautiful way. 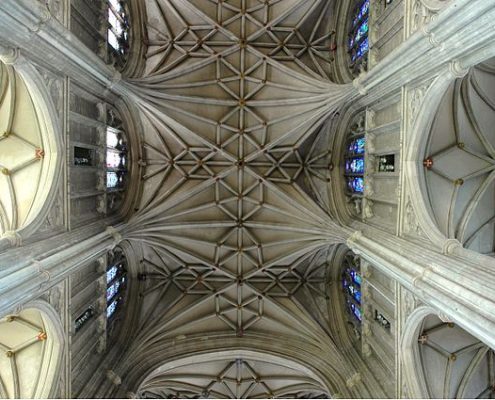 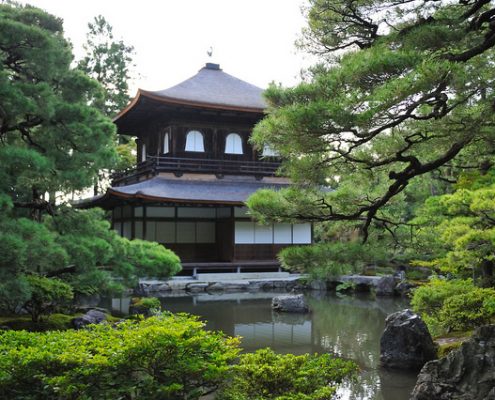 While he must be brilliantly logical, scientific and mathematical, to be such an accomplished architect, he seems to be attracted to things that are irrational, incoherent, contradicting or quirky. (Again, I have to warn you that these words are not 100 percent negative in Japanese context. At the end of the day, Japanese have some deep-rooted reservations towards logical and rational things.)  It is very interesting because architecture is inherently destined to be rational, logical and scientific in order to realize the solid structure that can support itself and protect the people enveloped in it. But Fujimoto loves things that are nazo and wakeno wakaranai, and plants those elements in his architecture.  And surprisingly, the marriage of the two is soothing and cozy, rather than experimental and aggressive.

How does this work?

Fujimoto’s exhibit “Futures of Future” held in Tokyo in 2015. He says he cemented his concept of “architecture as forests” through this exhibit.


One of the clues can be found in how Fujimoto perceives nature.  He was born and grew up in Hokkaido, a northern countryside of Japan.  He traveled to Tokyo to study architecture.  In a simple dualism, Hokkaido is a countryside, full of nature. Tokyo is highly developed and almost artificial.  But he didn’t find those two to be very different.  According to him, you can find fundamental similarities in how nature – for example a forest, one of his favorite natural phenomenon – is formed and how Tokyo has been developed.

Nature is comprised of diverse organisms, many of which come in small sizes.  Even though a forest feels enormous and overwhelming, it’s actually an accumulation of small things such as weeds, leaves, birds or dew – if you see it up-close.  And that’s the reason why you can still feel comfortable in forests, says Fujimoto.  On the ground level most things are not intimidating, because they are small and fragile: their sizes are compatible with our own body, which is also small and fragile.

By the same token, Tokyo is made of a whole bunch of small things, according to Fujimoto.  Just to be clear, the Tokyo he is talking about here is not the gigantic, futuristic, high-tech side of Tokyo, like Shibuya or Roppongi.  He is talking about the other face of Tokyo – old, residential Tokyo, which is made of crisscrossing small streets and lanes, mixed zones filled with small commercial, industrial and residential buildings.  It’s the Tokyo that Haruki Murakami described in “A Wild Sheep Chase:” one of those small districts where narrow, crisscrossing streets are clinging to the ground.  In such areas, people would often travel on foot, or on bikes.  Commercial activities come in smaller sizes in such an environment.

“Smallness” is the common element in nature and Tokyo, observes Fujimoto.  And when an enormous number of small things co-exist and commingle to form something huge, like forests or cities, that huge formation becomes filled with things that are nazo and wakeno wakaranai.  Those mysterious spots are where a whole bunch of small organisms, moving and working spontaneously, can encounter each other, collide and cross-pollinate.  And since they are small, but with their own decision making process, you’ll never know what the outcome will be like.

He often blurs the boundaries of natural and artificial, nature and architecture using “smallness” as a mediator.  And when small things start building up layers and layers of an undefined, dynamic world, the whole becomes one ambiguous potential.  The undefined potential that could be organically nurtured by occupants.

In the next post, we will take a look at Fujimoto’s works that blend nature and architecture, leveraging “smallness.”

Demystifying the mysteries of Japanese aesthetics
Scroll to top