After the United States presidential election, in 2016, it became clear that the struggles experienced by distressed rural areas, including Appalachian counties, are very real, serious and large enough to influence the national, or even the global political climate.  Another stark reminder is that rural and urban populations are increasingly diverging; less and less common ground is found among those who feel “left out,” and those who are able to take advantage of advanced social and technological infrastructure.

Actually, these issue are not unique to the U.S.  The same kinds of rifts are also felt in other developed countries, as unintended side effects of economic development. This is a global phenomenon: many countries suffer from education, opportunity and employment divide: rural areas are feeling abandoned.

And if you take a closer look, it’s not just urban versus rural. There is also a divide between technology-driven, modernized industries and traditional, heritage-driven industries.  Communities supporting traditional industries are struggling to keep up with fierce global competition of efficiency.  Even in seemingly-winning industries, there are jobs that are on the verge of disappearing.  For example, in the animation film industry, it’s becoming almost prohibitive to keep talented animators who can produce manually-painted background pictures, because it’s far cheaper to use computer graphics.  Even a studio like Ghibli, which produced highly acclaimed movies using manually painted backgrounds such as “My Neighbor Totoro” and “Princess Mononoke,” is having a hard time supporting these manual talents.

Kazuo Oga painted the background of many Ghibli movies including “My neighbor Totoro.” His delicate work captures honest face of nature without becoming overly expressive. Although it’s obvious  that this kind of artisanship cannot be replicated by technology, it’s losing to efficiency.

In this highly globalized world, no one, no industry, or no region can escape from the competition of efficiency.  And unintended consequence of such competition is becoming increasingly serious.  Something needs to be done.  But HOW?

In order to do something about this, we need to re-evaluate what an economic market does.

Economic markets compare competitors on a level-playing field, and identifies parties that can produce products cheaper than their peers.  When there is no intervention, markets will let those who can produce cheaper prevail.  That’s how it optimizes efficiency.  But obviously, in order to have winners the system will also have losers.  If some company, some region or country emerges as a winner, others have to become losers.  Economic markets are very good at identifying efficiency maximizers, but is not designed to maximize collective efficiency.

This means that while winners can enjoy improved social/financial status, losers have to suffer from loss of jobs, opportunities and social/financial instability.  Many remote, rural areas, and many traditional, manual-oriented industries are on the “losing” side in today’s economy, because it’s difficult for them to achieve efficiency. Efficiency requires a substantial economy of scale, and efficiency fails to recognize the unique beauty of traditional skills.

There are basically only two options to reverse the trend: try to push distressed regions back to the economic market, which already denied their values, or try to seek alternative ways to shine without relying on economic efficiency.

Many regions, countries and projects still try to focus to the first option.  We often hear “bring back manufacturing jobs,” “attract investments for commercial developments,” or “extract more natural resources (coal, natural gas, oil etc…)” to revitalize ailing regions.  But it’s important to remember that those regions already lost the game of economic efficiency.  How promising will it be to try to play the same game again?

Is economic efficiency the only name of the game in this world to prevail?

An increasing number of people are trying to make the case that efficiency shouldn’t be the only value for communities to shine in the market.  Indeed, many rural communities have rich heritage surrounding its traditions, culture, industry and nature.  We tend to think those regions failed in the economic market, but it’s rather the other way around.  Those regions have abundant value, but the markets FAILED to recognize them.  That’s the reason why more people are seeking alternative ways for rural communities or declining industries to shine.

It is inspiring to see how people are re-discovering precious values that have nothing to do with efficiency, and trying to advertise them as assets that could generate economic value or satisfaction and happiness. 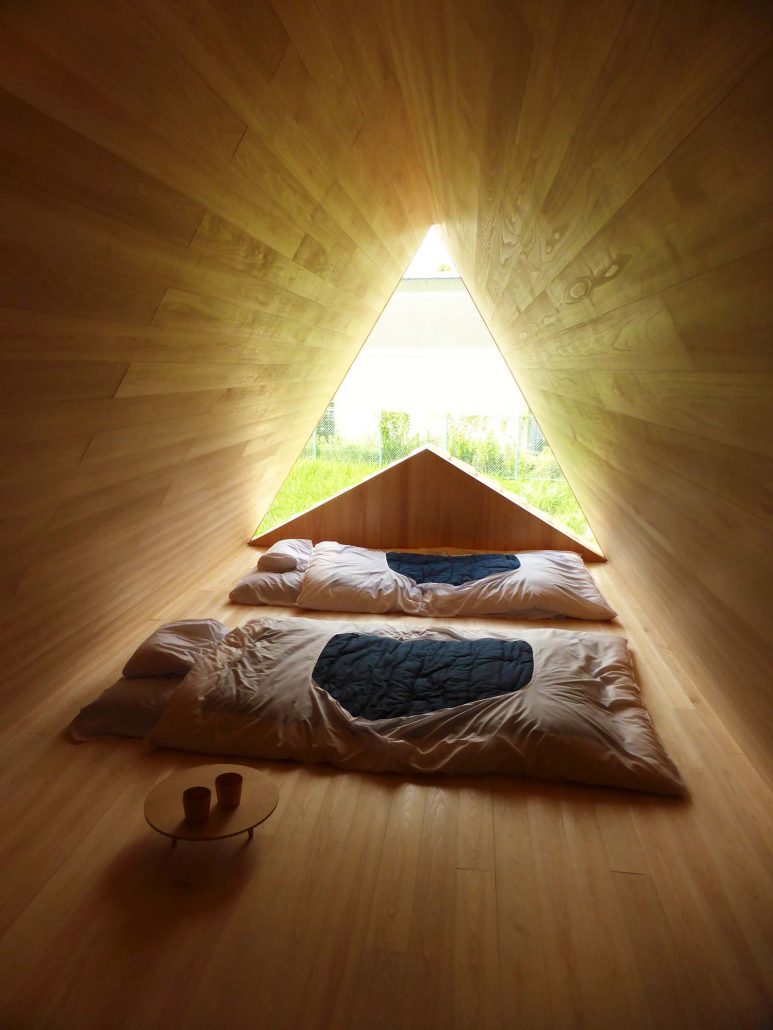 Airbnb partnered with Yoshino-cho, a rural community in central-west Japan, which has been maintaining beautiful forests and high quality lumber industry.  But since Yoshino’s signature cedar is losing to cheaper imports, the community is declining rapidly. Airbnb designed a community house, for which Yoshino is the worlds’ first Airbnb “community host.”  Airbnb hopes that this house will become a hub for visitors to discover the beauty and abundance associated with local forestry and lumber industry, which boasts thousands years of history. 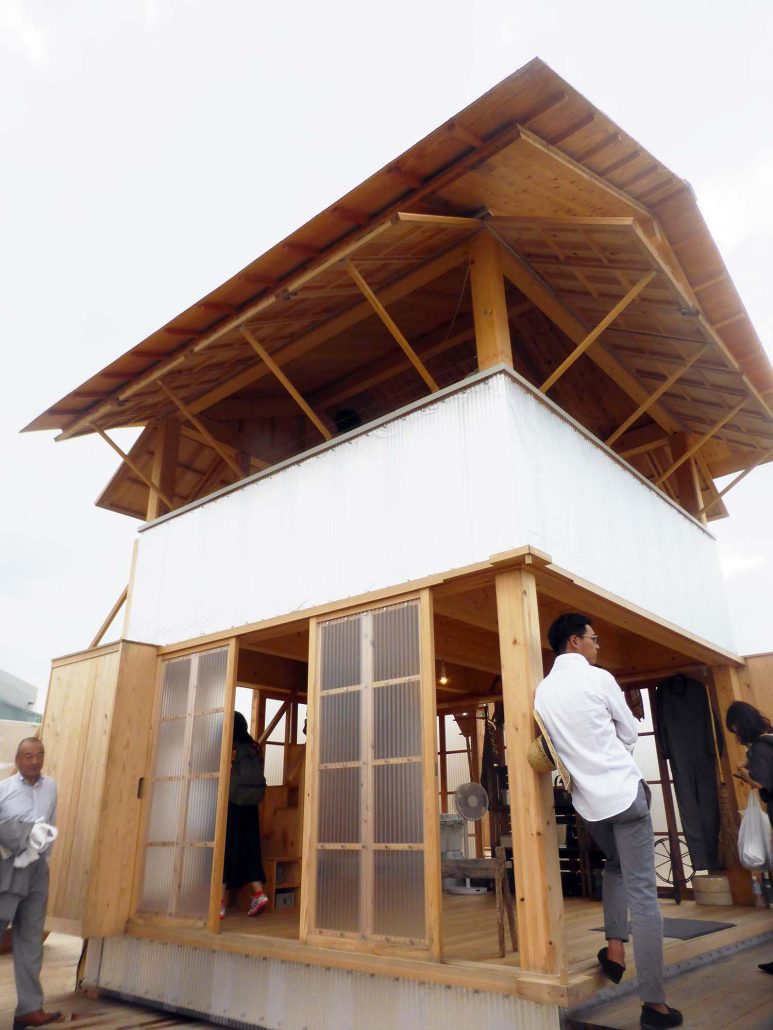 MUJI is supporting rice fields conservation in rural Chiba, Japan.  As part of the partnership, they designed/built a small office/community hub called Tanada Terrace Office.  It is a satellite office for MUJI employees, who could come from MUJI headquarters about 2 hours away.  As they bring their computer with them, they can work from rice fields half day, and help local farmers on the field for the rest of the day. After work, they could have a BBQ with local people to mingle and talk about how they could collaborate to preserve otherwise disappearing rich heritage associated with farming and rice growing. 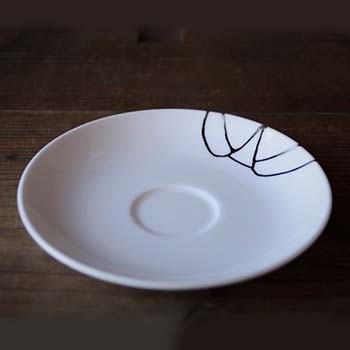 Repair is starting to have a new meaning in a “post-efficiency” economic pursuit.  iFixit is an online community where anyone can share how to repair anything, from electric gadgets to clothes.  Although the primary value of fixing something is to extend product’s life cycle, it’s exciting to realize that fixing is also a process of reverse engineering.  It’s the process to finally “own” your product, because you know know how it works, and you have control over it.

Repairing with your own hand is not about stinginess; it’s a joy. 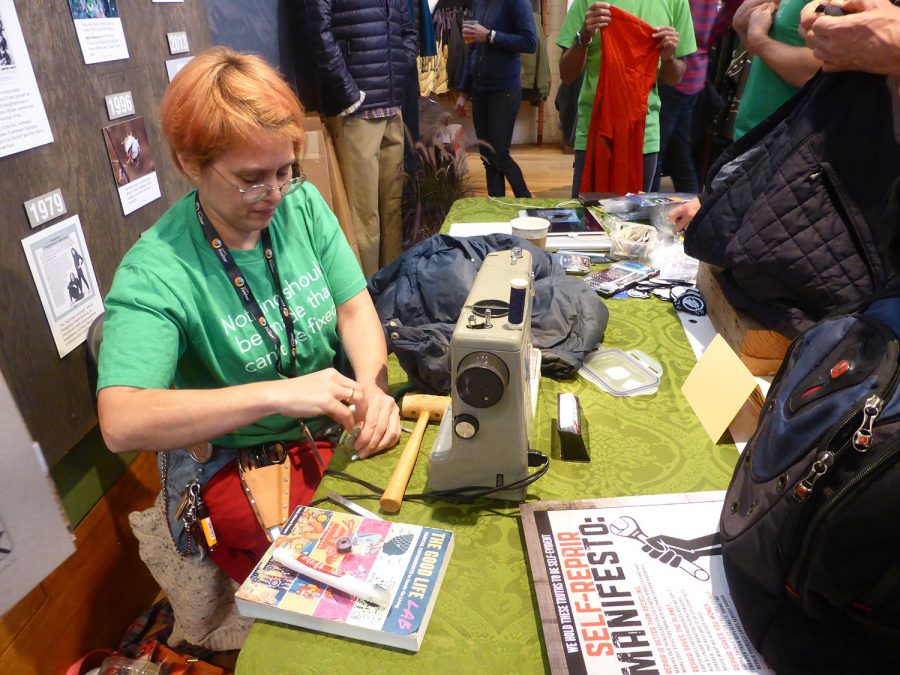 Kintsugi is Japanese traditional technique to repair broken ceramics. What’s fascinating about kintsugi is that it does not really try to hide the wound (the cracks).  After broken pieces are put together by using urushi (Japanese poison oak tree sap) as glue, the cracks get cosmetic gold (or sliver).  Broken ceramics are given a new life, which magically embraces the wounds.  Repair can be elevated to art, and people are now getting drawn to kintsugi. (kintsugi kit is available through Etsy etc.)

More on alternative to modern economy